Hey hey! How’s everyone doing on this lovely Thursday morning? I’m gonna whip right though breakfast because I’ve got more important things to talk about this morning. 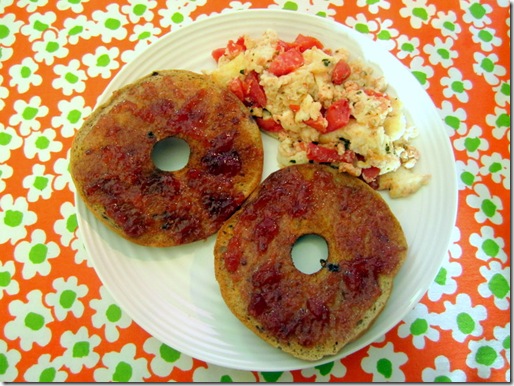 I still had some diced tomatoes left from Saturday’s mac & cheese, so I added them into my egg whites, along with a little dried basil, salt, and pepper. 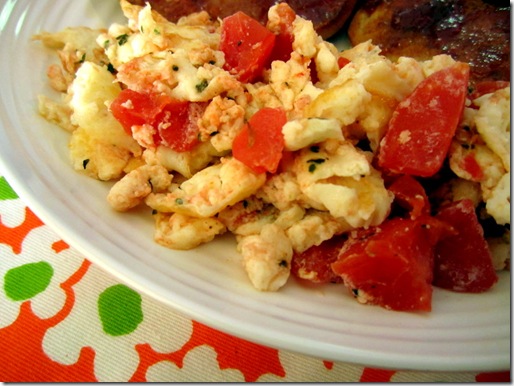 Add a little iced coffee to round out the meal, and I was good to go! 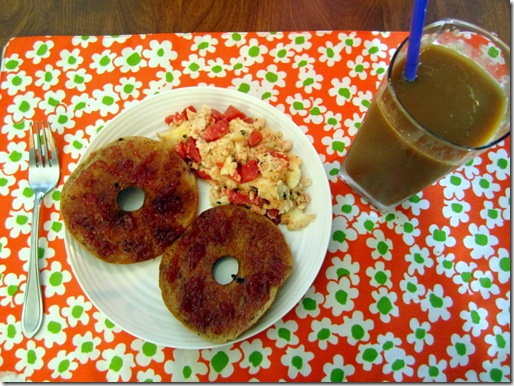 Now, onto a new topic.

Last night as hubby and I were going to bed, we ended up sort of joking back and forth about some of the things we don’t like about our bodies, making a few nonchalant comments along the lines of “thunder thighs” and “Buddha bellies.”

Now, typically, I’m really not one to enjoy taking part in negative self-talk. It’s totally unnecessary, it gets me nowhere, and it leads to nothing but disappointment and frustration. I’ve been down that road before one too many times, and I try really hard not to travel it very often.

But, truth be told, negative self-talk does creep up on me every once in a while. Some days, I’m better at disputing the negative thoughts; some days I’m not. To be honest, yes, there are things about my body that I would like to change. Thanks to my overall love for summertime sweets, fro yo, and adult beverages, I have put on a couple “el bees,” which have landed in the inevitable thigh and belly area (which is where I’m prone to gain weight).

Sure, I know what I need to do to fix that problem, and I will reel things back in. But honestly, I’m enjoying all of these things, and I don’t want to worry about denying myself of them. But really, that’s besides the point of this whole conversation…so back to last night.

As Jay and I were winding down our jokes back and forth to each other, he ended up saying, “Hey, well, I didn’t hear you say anything about your arms?” And he’s right, I hadn’t said anything about my arms. I thought about it for a minute and then responded with, “Well, yeah, that’s because I like my arms.” 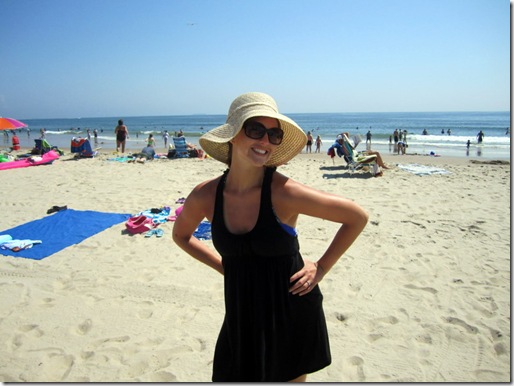 Lately, I’ve been noticing some more definition, especially in my shoulder area, that I’ve totally been loving. 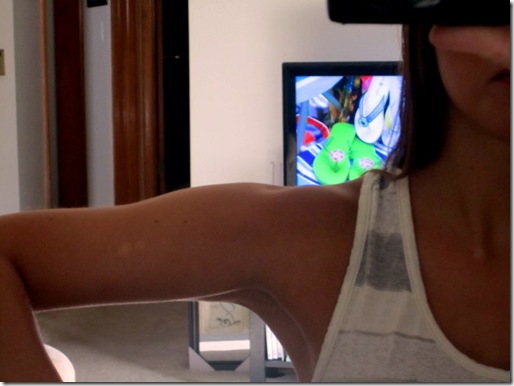 This is huge for me, especially considering the fact that I used to thrive on comments about “how tiny” my arms were (aka, I was too thin and unhealthy).

I’ve also been digging my little bicep muscles that have recently began to show up. This picture is pretty hideous, and I’m really not even flexing all that much. But I got the genius idea to take this photo as I was eating breakfast this morning (which you can probably tell by seeing the bagel thin sticking out my mouth) and thought you’d all appreciate it. Ohh, I’m a special one. 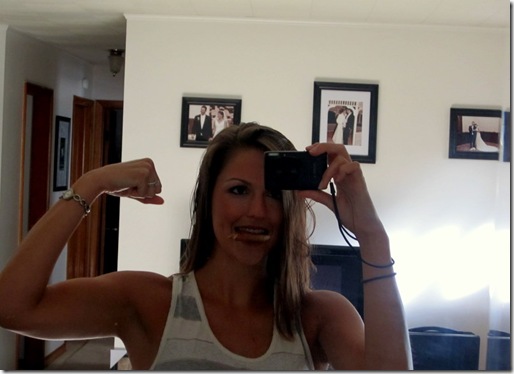 But hey, I guess all those early morning BodyPump classes are starting to pay off? Speaking of which, today’s class was killer and those shoulders of mine there were on FIRE.

But I loved every second of it.

How do you deal with negative self-talk?

Tell me one thing (or as many as you want!) that you love about YOU!