Well, after all my excitement for 5:00 to come yesterday, it turns out there was a change of plans. Jay got home a little late, we got some discouraging news from the IRS (aka, expected money not coming…), and then, our TV blew up… 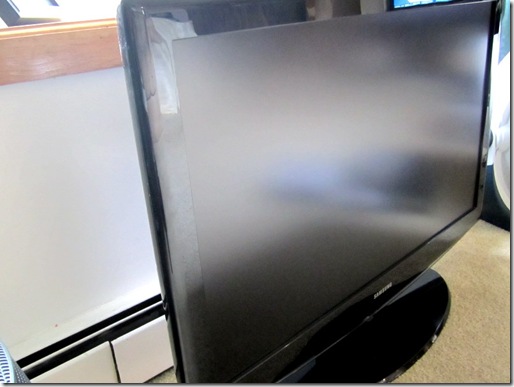 Not exactly how I was planning on spending my evening, to say the least.

The two of us actually spent a good twenty minutes sulking around about our bad luck. Really, you should have stopped over…we would have been a blast.

But then after looking at the big picture, I decided it was time to snap out of it. I mean, really; things could be a whole lot worse, right?

Right! So, as my dad would always say, I “turned my frown upside-down” and got to work on making some dinner. Let me tell ya…it was definitely an upgrade from Wednesday night’s dinner. 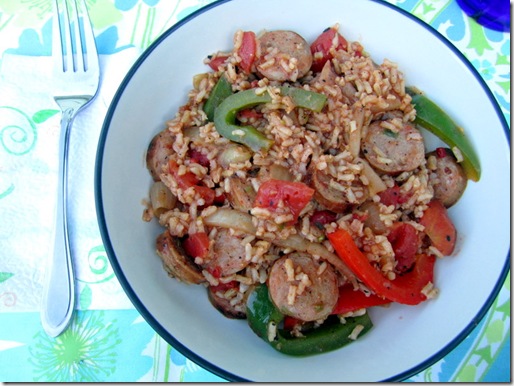 For the two of us, I first cooked two Italian-style chicken sausages and 1+ cup of brown rice. Next, I sautéed some green and red pepper, onions, garlic, and diced tomatoes in a little of their own juice, along with some Ken’s Lite Northern Italian dressing.

Once they were cooked up (about 5 minutes) I added in the sliced chicken sausage and rice and let them cook through together, about 3-5 more minutes. It was quick, super easy, and honestly, a lot better than I anticipated! 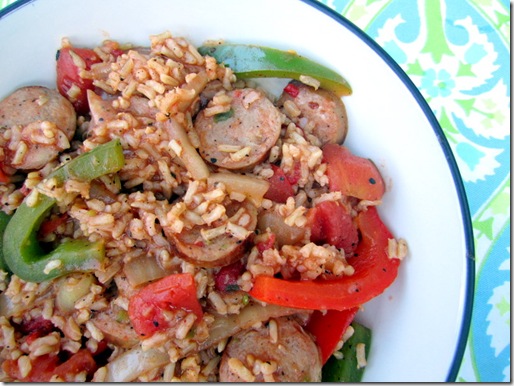 We enjoyed our dinner outside on the patio, and ended up having a really nice time just chatting away. Not to mention, I think we were both a little happier with some good food in our bellies. Food always makes me happy. 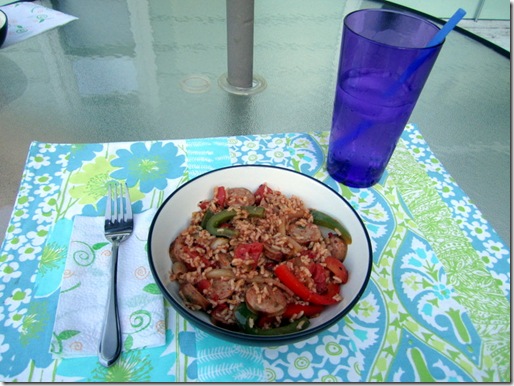 After dinner, we headed out to Redbox and picked up No Strings Attached, which was pretty cute. I think it may have been the only movie I’ve seen Natalie Portman in since I saw Black Swan, and I had a really hard time not thinking of her as that character. Talk about a versatile actress!

This morning, I got up and tackled my run early. I knew that if I spent more than five minutes lounging around, it would be that much harder to get up and get movin’. So I got up, and I did it. 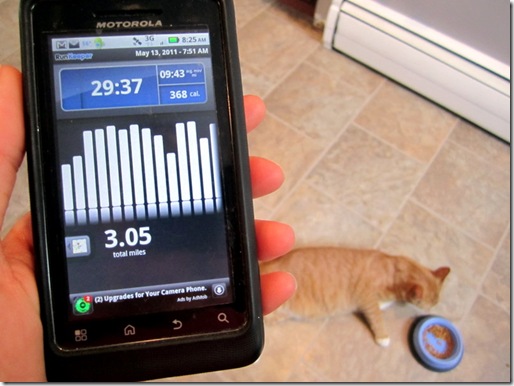 Considering I felt like I was in a twister half the time while running, I was pretty happy with my results. Actually, I’ll be honest…it was really just a little windy. I’m just dramatic like that.

After a good 10 minutes of stretching, I got myself some breakfast…starting with the usual. Iced coffee with skim milk and a Truvia, 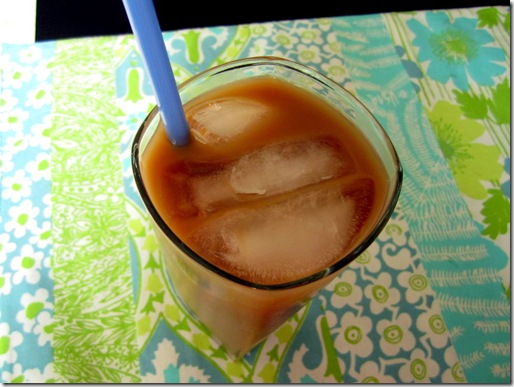 which proceeded to spill all over my pretty placement as I bumped into the table. I can be such a klutz. 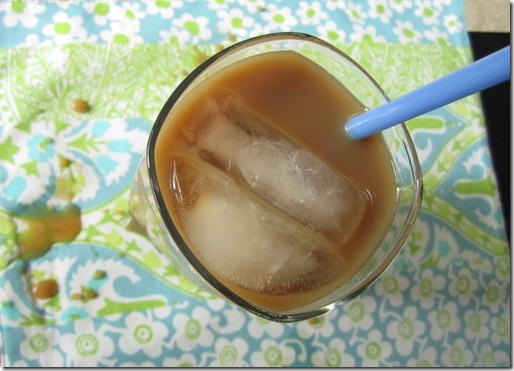 Ahh, no big deal. Breakfast made up for it. 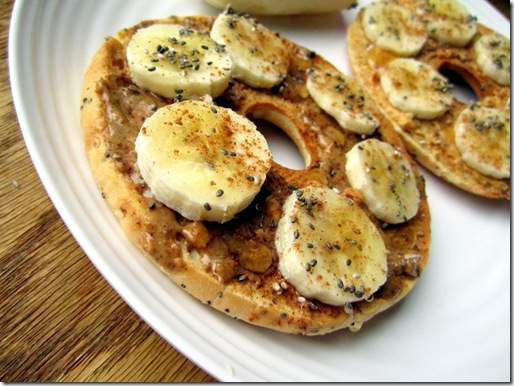 A lightly toasted Thomas’ Bagel Thin with almond butter, banana slices, chia seeds, honey, and cinnamon. And of course, a little extra ‘naner on the side with more almond butter. 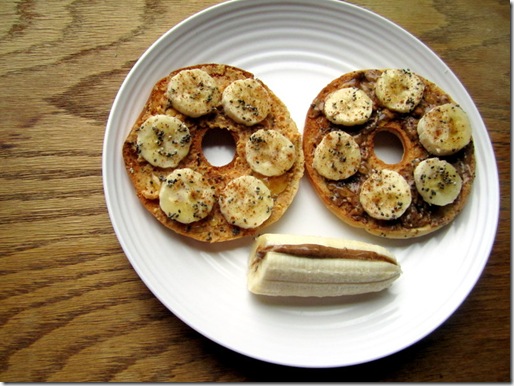 I don’t know how I got off this kick, but it had been way too long. Its return is happily welcomed.

Don’t forget…if you haven’t yet gotten your entries in for my Belgian Chocolate Giveaway, make sure to get to it! You only have until tomorrow to enter!

I’ve definitely been known to be superstitious. When I play softball, I can’t step on the chalked lines, and I have a particular way to get ready in the batter’s box. When I played volleyball, I had a special routine that I had to do every time before I served the ball.