And once again, Christmas is over just like that. Man, it comes and goes so quickly, doesn’t it? I hope everyone had a fantabulous day, whether you were celebrating the holiday or not.

Jay and I are got our own Christmas started at home, on Christmas Eve. 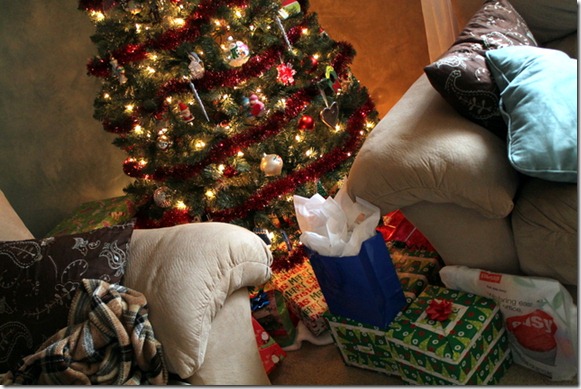 Knowing that Christmas is a full day for us, I wanted to make sure that we had time to celebrate just the two of us at home…especially since it’s the last year it’s just going to be the two of us!

We were both up fairly early, so that gave us time to relax while our cinnamon rolls cooked up in the oven. Thanks to my prepping them the night before, all I had to do was take them out of the fridge to sit for a little bit before throwing them into the oven. 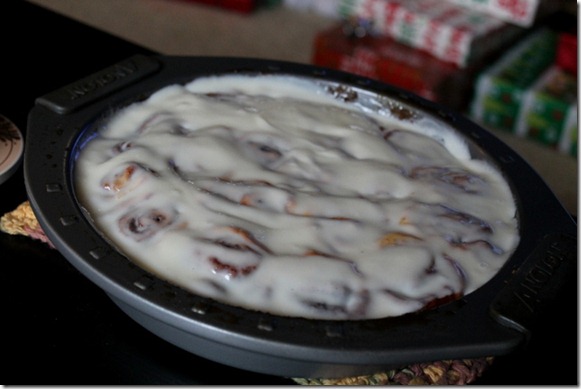 In no time, a coffee table breakfast was ready to be served. 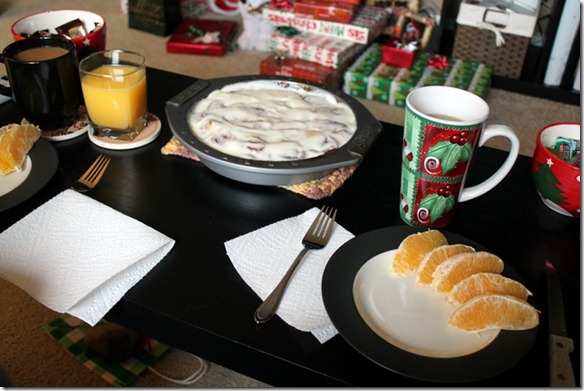 The cinnamon rolls turned out great, although I think I liked them better when they were cooked right after making them. It almost seemed like this batch turned out extra sticky and not quite the same texture? But either way, there’s no denying that these things are incredibly delicious. 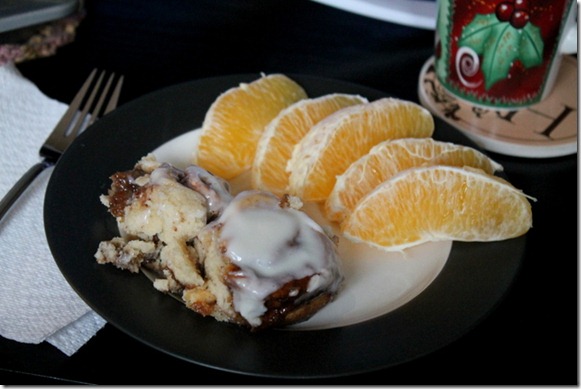 And it didn’t take long for Cody to try checking out the scene too…little stinker that he is. 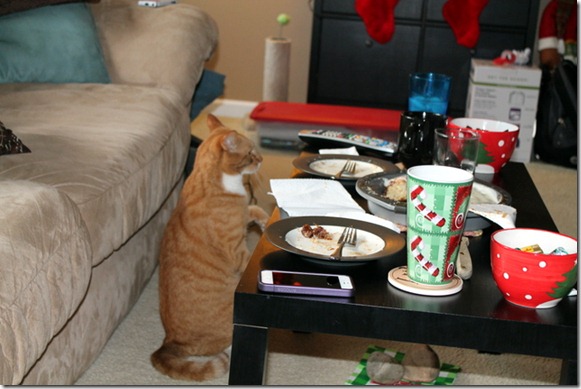 Once we were finished with breakfast, it was time to open presents!

Jay got his first present from the baby. 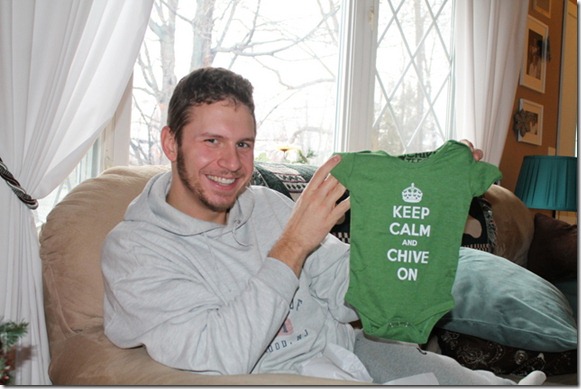 He actually made out quite well, if I do say so myself…including a brand new beer brewing kit. 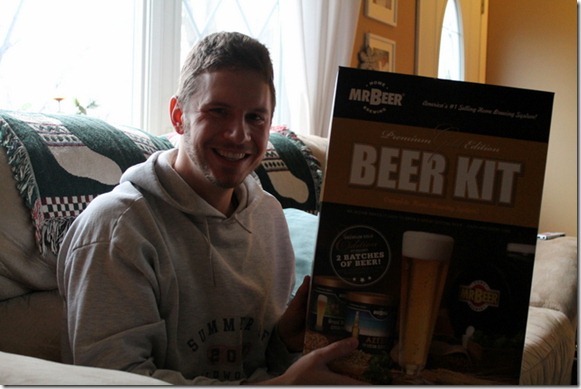 I’ve debated on buying him one of these things for a few years now, and I finally bit the bullet and did it. Hopefully it’s good!

I also made out pretty good myself, including a few special items such as a spa gift certificate, and this brand new Coach bag from hubby himself (I may or may not have pointed him in the right direction after receiving a sale email). 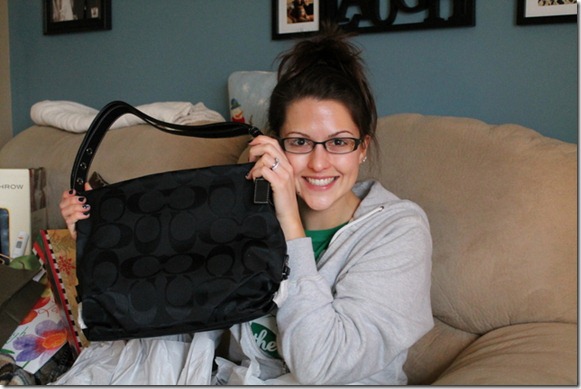 Side note: Jay didn’t think that I’d post a photo of me looking so fine in my morning PJ’s, crazy bed head, and naked face. HA, proved him wrong.

Cody continued to hang out with us for most of the morning, and became especially excited once he had some paper to play with. 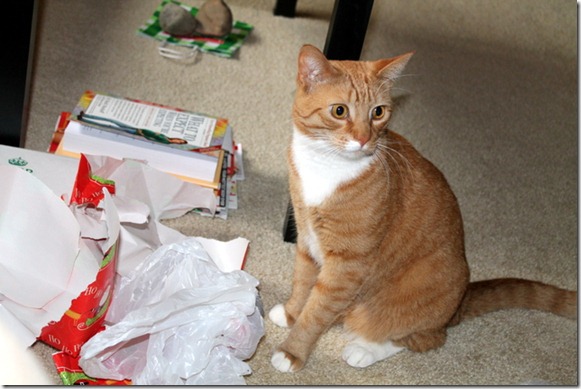 He was ready to dive right in… 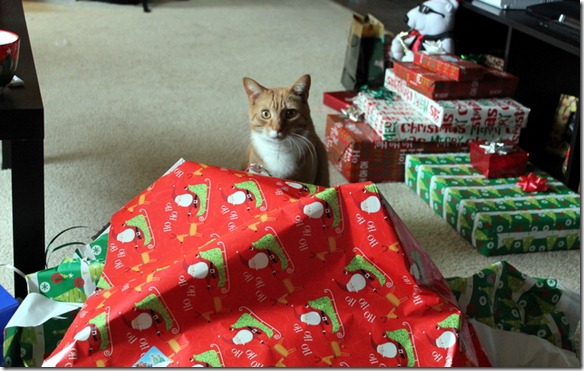 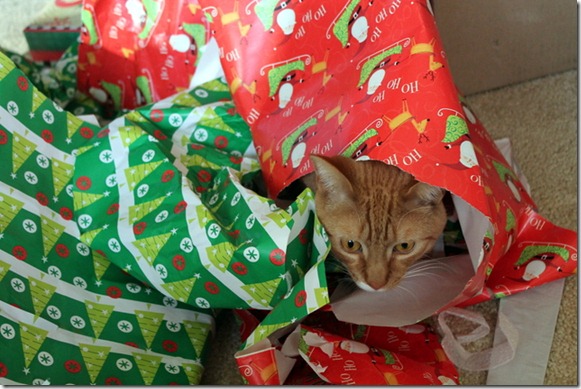 He kept us quite amused all morning.

Later in the afternoon, Jay and I headed over to spend a relaxing evening at my parents’ house. One of the benefits of having a small family? No need to get fancy for all of the holidays. 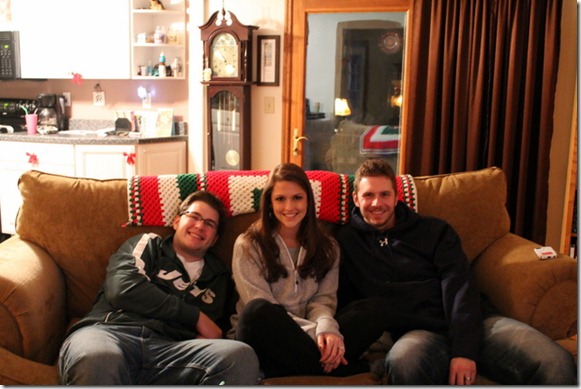 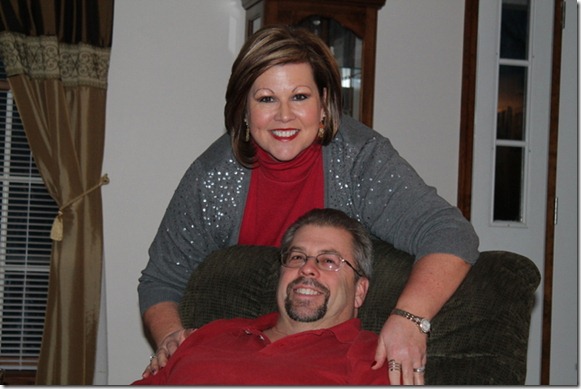 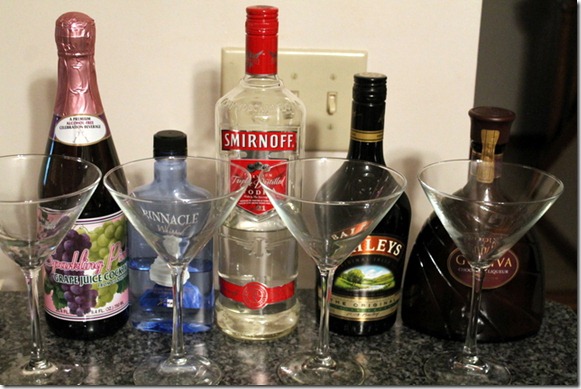 I thought I’d just be stuck with water, but they had some sparkling grape juice on hand for me, which was tasting pretty good. I just closed my eyes are pretended it was real champagne. 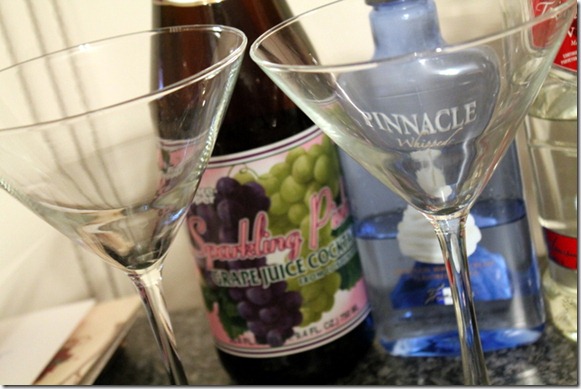 In true Christmas Eve fashion, we had plenty of snacks to munch on for the entire evening, including veggies and dip, rye bread dip, homemade Chex mix, 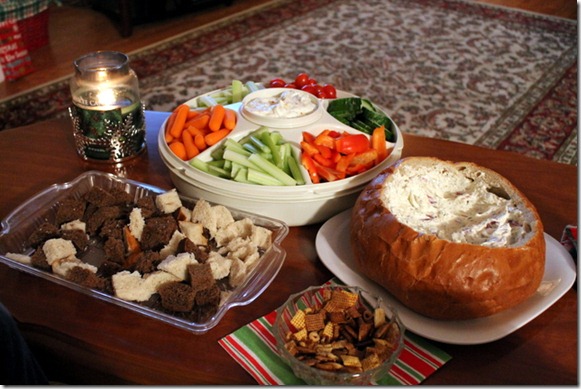 garbage bread, mini pigs in blankets, and some other sort of rollup snacky things. 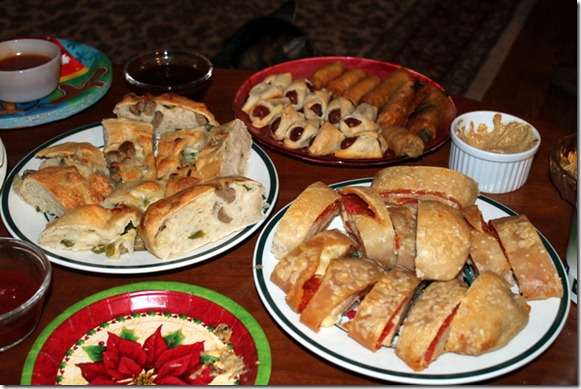 Our little crew of five just spent the evening hanging out, snacking way too much, and watching Christmas movies on TV. By around 9pm, I was falling asleep on the couch (story of my life these days) so Jay and I called it a night and headed back home so we could rest up for our busy Christmas day.

How did you spend your Christmas Eve?

« Merry Christmas To All!
A Pretty Special Christmas »