HLS has officially begun…and what better way to kick things off than with a big ‘ol cocktail party! 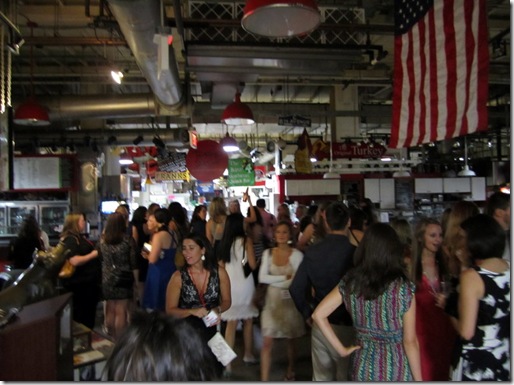 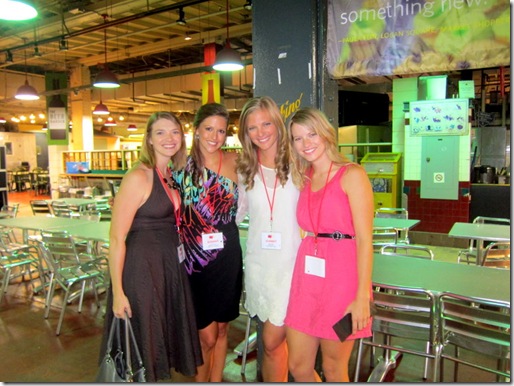 Unfortunately, since I’m a little late with getting this post together and Julie and I are sharing a bunch of our photos, then you’ve probably already seen just about all of this. Buuuut, I’m still going to share anyways.

Everyone was given two drink tickets for the evening, so I made sure to put mine to good use with some delicious Riesling that was available. 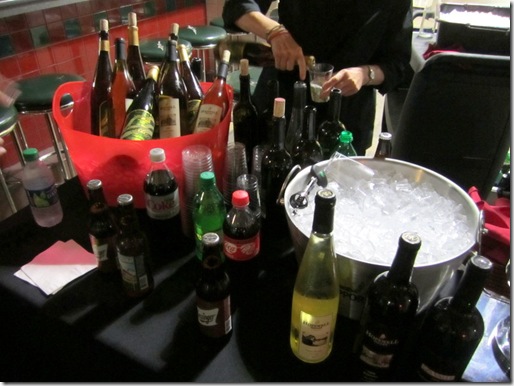 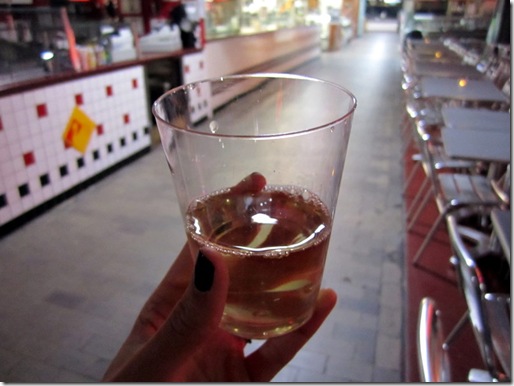 There was also quite a spread of foods available during the evening, featuring a bunch of local Philadelphia favorites. I never ended up putting a plate together for myself, which wasn’t the smartest thing, since I ended up nibbling a bunch all evening long. 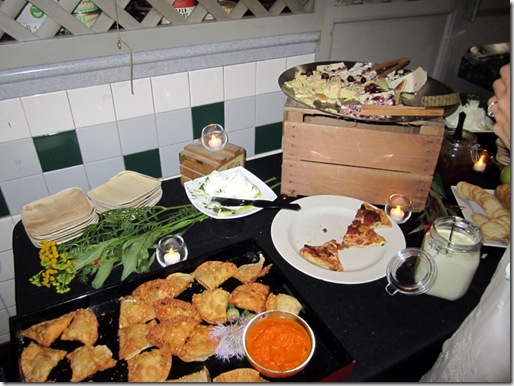 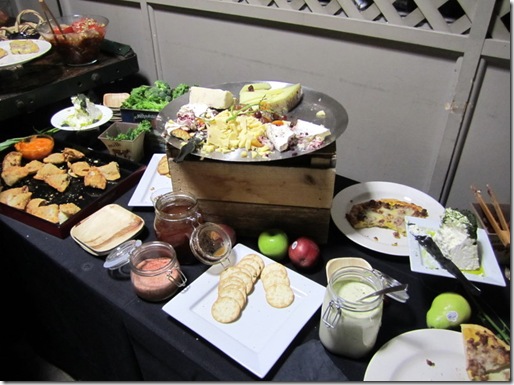 The venue for the cocktail party this year was held at Reading Terminal Market, which I had never been to but already felt like I knew so much about. There’s been more than one occasion when it’s been featured on various television shows and whatnot, and I swear that there was an ice cream place inside that I’ve seen on a show before. Perhaps Ice Cream Paradise from the Travel Channel? Anyone know what I’m talking about?? Anyone? Bueler? 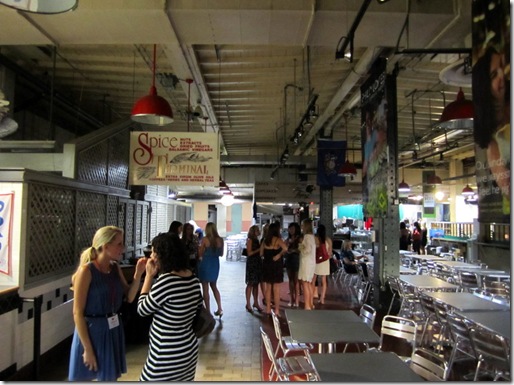 I spent the entire evening just mingling around the room and chatting with a bunch of new and familiar faces. 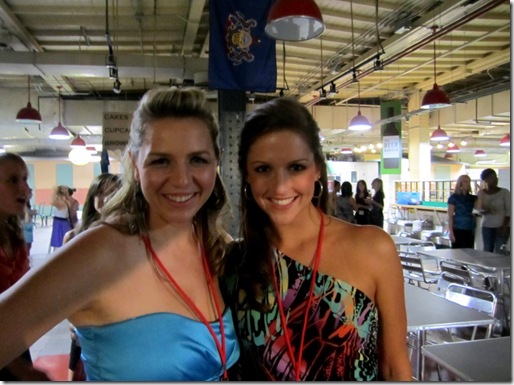 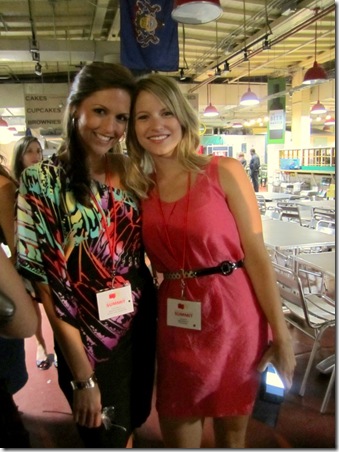 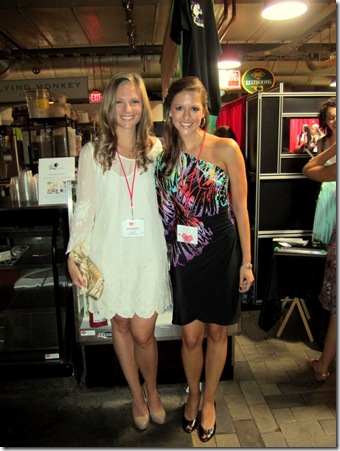 We also made sure to get together with Heather and Brittany so we could have some fun in the photo booth. 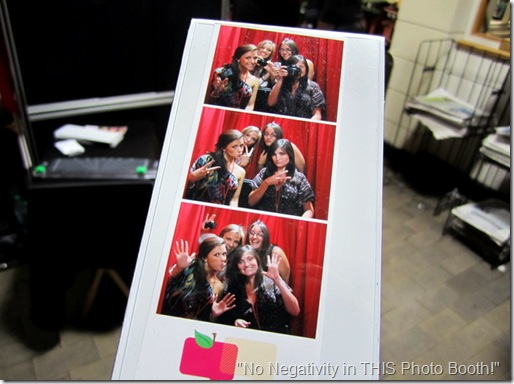 So much fun with so many fun ladies! 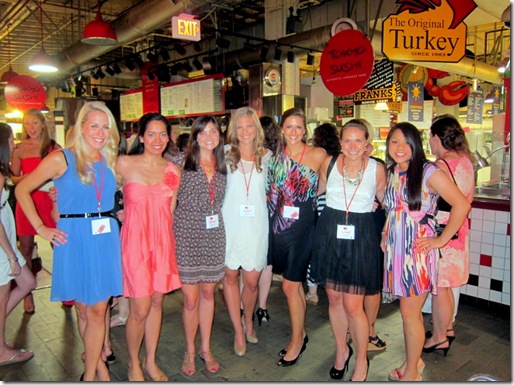 Once the party was over, a rumor was going around that there was a group of people heading out for fro yo… 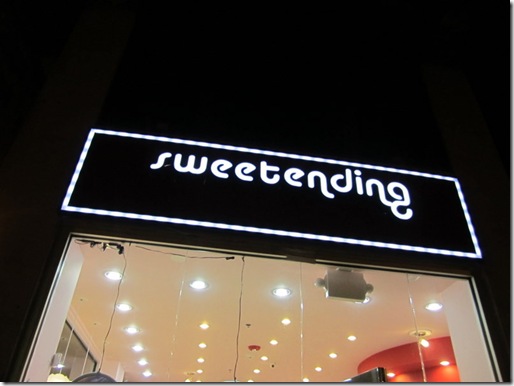 Ohhh, you KNOW I joined in on that group! 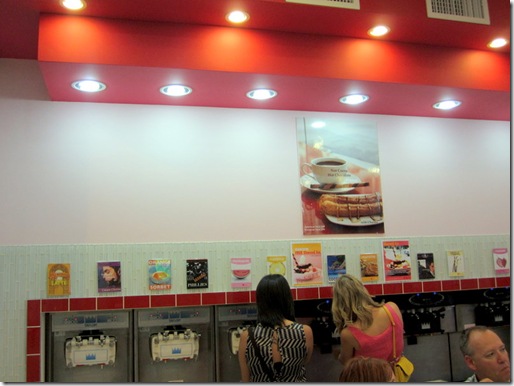 I got a mix of Kahlua Latte & Cream Cheese fro yo, topped with some chocolate chips, Oreos, rainbow sprinkles, a drizzle of caramel, and a couple things of mochi. I had never tried this mochi before that everyone always seems to talk about, but I didn’t really find it too exciting; the rest of the cup totally stole the show for me. 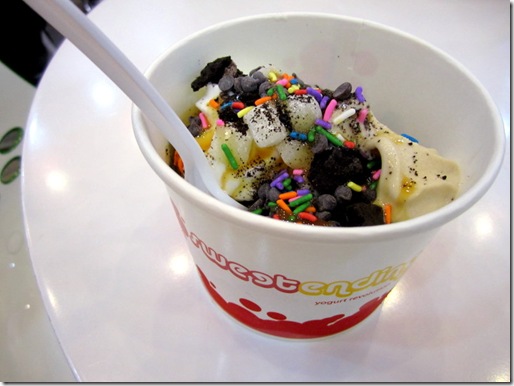 Although, as much as my fro yo stole the show, there was actually somebody ELSE that stole the show…can anyone tell who that guy is in the photo there? 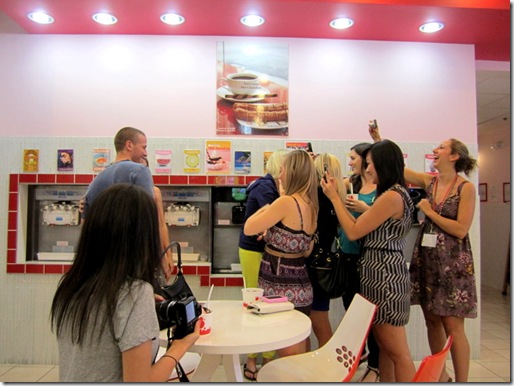 That would be JP, who was actually standing right next to Ashley from this season of The Bachelorette! How crazy, right? I didn’t watch this season because she personally drove me crazy, but the rest of the ladies in our group were totally psyched.

Today is conference day, and there’s only a couple hours before our presentation. Eeeeek!!