Happy weekend to you alllll! How are things going so far?

Last night, Jay and I did wind up going out to eat, thanks to a Groupon we had for a nearby restaurant. It was only about five minutes away, so we went down shortly after Jay got home and had some dinner. I didn’t bother with the camera last night, but it was good stuff.

Once we finished eating, we came back home for cozies, couch time, and our DVR’d episode of Jersey Shore. I still can’t believe it was the last episode! As much of a train wreck as that show is/was, we both loved it. I mean, you can’t argue that the show is just stupid/funny/hilarious/ridiculous, but we’ve been fans for a few years now. I’m not ashamed to admit it!

This morning, both of us decided we were in the mood for egg sandwiches. Of course, whenever we cook turkey bacon, it stinks up the whole place like it’s nobody’s business, so we lit a candle and enjoyed breakfast by candlelight. 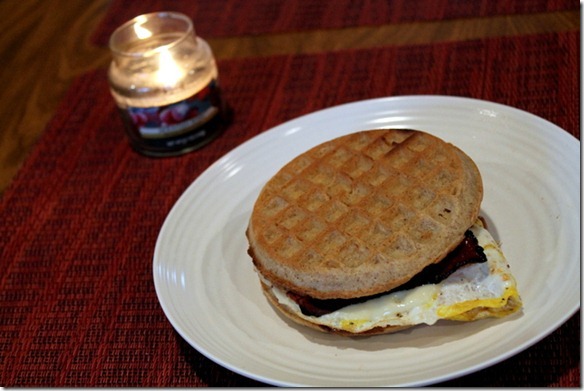 An egg, provolone, turkey bacon, and jam sandwich on two toasted waffles for me. 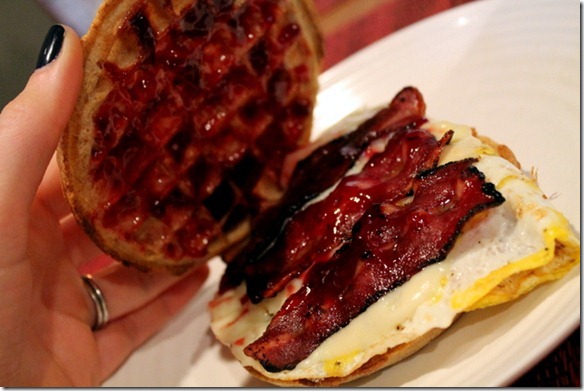 After breakfast, we took care of finishing up a little gift wrapping. Of course, Cody had to get in on the action (where there’s paper, there’s Cody) so we thought we’d have a little fun with him and break out his Christmas costume. 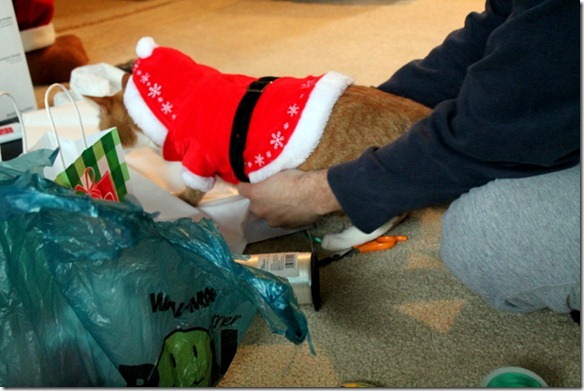 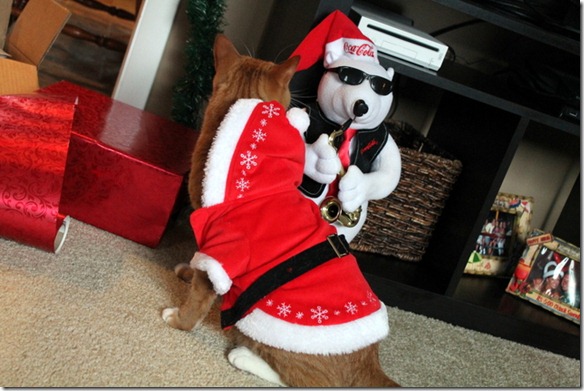 I really should have taken a video of him in his costume. Honestly, he hates the thing. As soon as we put it on him, he becomes a completely different cat and decides he either can’t walk or just falls over. If he does try to walk, he slouches down real low to the ground and does almost somewhat of an Army crawl. 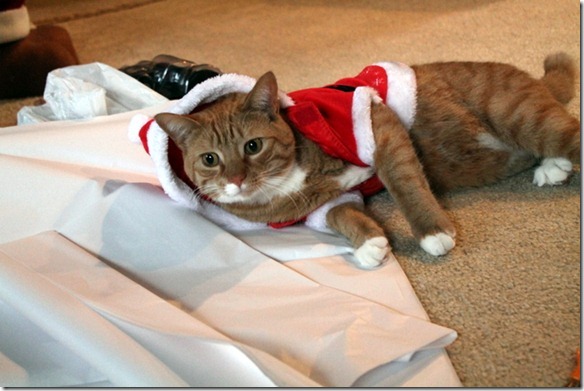 He had the two of us cracking up. 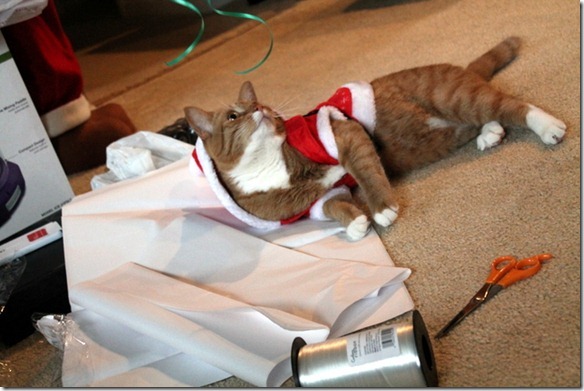 We only kept it on him for a few minutes, since he really isn’t a fan, but it was an amusing few minutes and we rewarded him with some treats.

In other news, there’s a new page up on the ol’ blog! 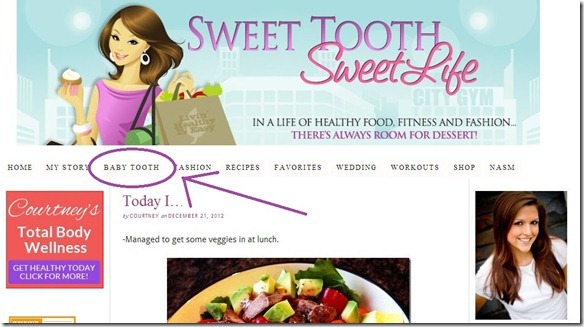 You aren’t surprised, are you?

Baby Tooth officially has his/her own page, and that’s where I’ll be posting any sort of future updates (I’ll always give you guys a heads up if I post there). I’m so excited!!

Later this afternoon, Jay and I are heading out to finish up any last minute Christmas stuff (so much for getting everything done early, haha), then we’re hopefully catching an afternoon movie, and possibly grabbing some dinner later on. Busy and fun!

Have a great Saturday, everyone.