Well hey there! I’ve got a little catching up to do here from yesterday, but first let me just give a quick note on the June Yoga Challenge. Yesterday I mentioned how I’m “upping the ante,” but I had totally forgot to mention the fact that even if you don’t have a blog, you can still be in the running for the giveaway.

All you’ll have to do is send me an email on the Friday that we link up, stating that this is your recap for the challenge, and you’ll be all set!

So now, let’s get back to yesterday…

Around 11:30am, I had plans to meet up with the lovely Lauren, who was here visiting for the DMB concert, but I was unfortunately about 20 minutes late… 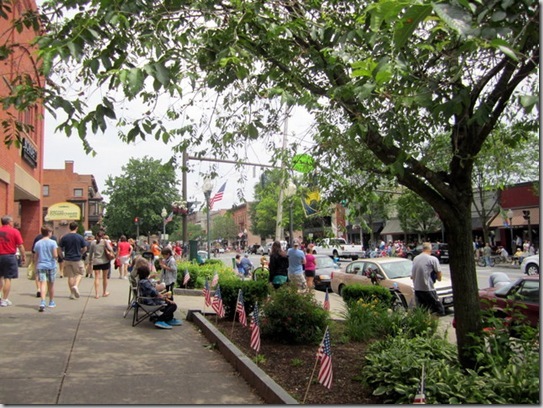 Unbeknownst to me, there was a parade happening right where we were meeting up and parking was atrocious. 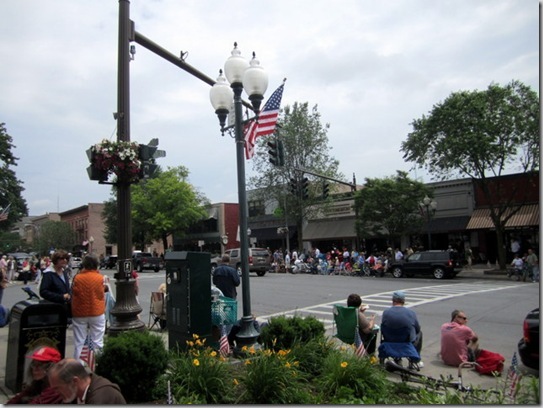 Thankfully, I finally made it down a side road just before it got closed off, found one of the last available parking spots, and trucked it down the street to Saratoga Coffee Traders. 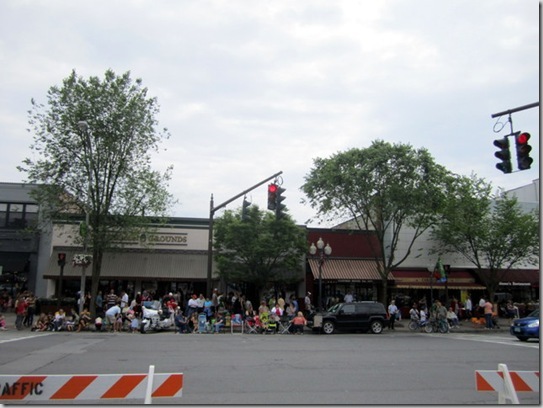 I’d only visited here one other time, way back when I first started the blog, but I remembered it being a fun little spot with good coffee, so I suggested that we meet up there. 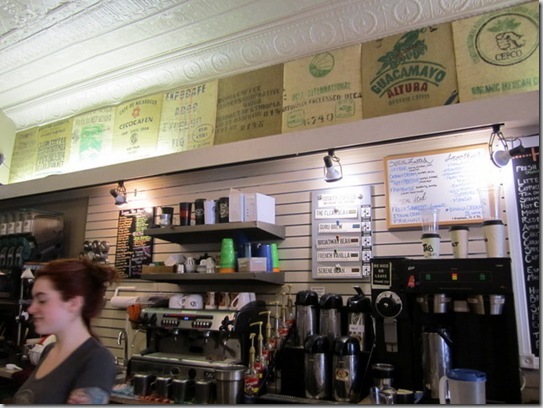 After waiting in line for a good ten minutes (everywhere along Broadway was packed because of the parade) we finally got a chance to check out the menu and give our orders. I was all set to order one of their specialties that I saw on the menu, but then the girl at the counter told me about a French Toast latte that they have. 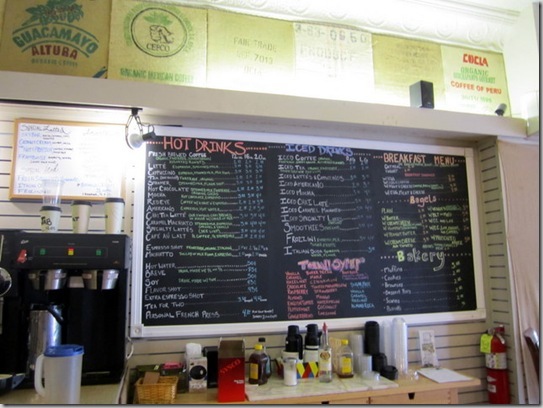 As soon as she told me it was “like drinking French Toast out of a cup,” I was in. I opted to make mine as an iced coffee, rather than an iced latte, and it was delicious. A little too sweet for an everyday thing, but it was a perfect little treat. 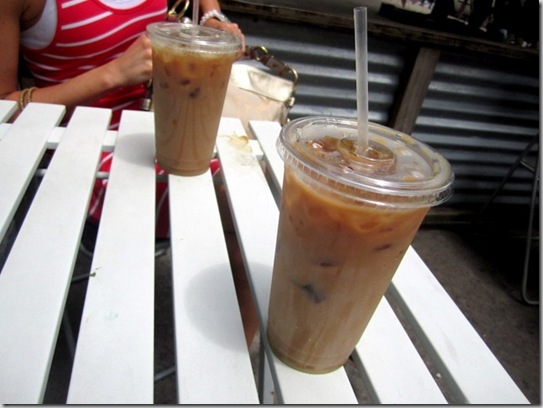 Better yet, Lauren and I ended up grabbing a small table outside along the sidewalk, so we were able to watch (and shout over) the parade while it was happening. 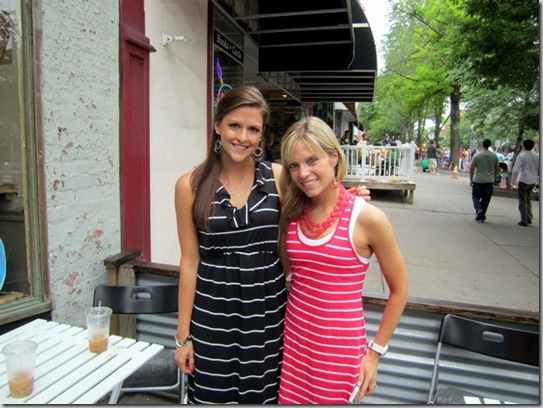 I had such a good time chatting and catching up with Lauren. I’d only met her one other time, which was last year at HLS, but we had so much to talk about. Turns out, we have quite a bit in common and spent the entire time talking each others’ ear off.

I really wished we had had more time to hang out, but I had to say my farewells so I could head back down the street for my cousin Denise’s bridal shower. 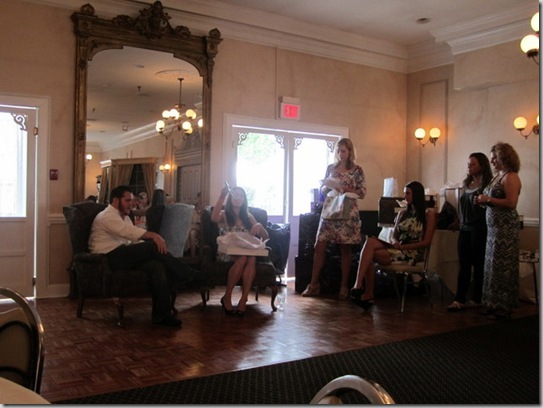 After helping throw two bridal showers in the last month, I will admit that it was quite nice to just be a guest this time.

The shower was beautiful, and all of Denise’s girls did a great job of putting everything together. Her and Mike, who you’ve recently seen, were also the lucky recipients of one of Christina’s fingerprint guest tree prints. 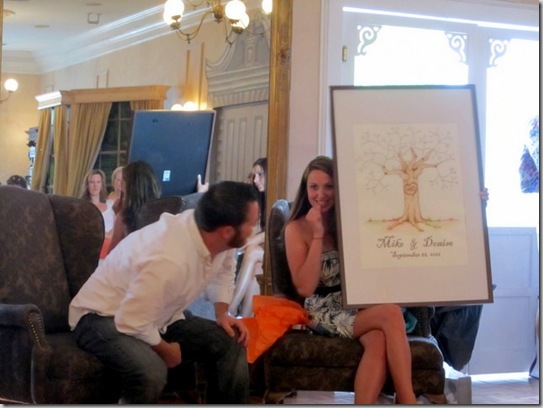 Between, Denise and my friends Rachel, Kathryn, and Sarah, they’ve all certainly been keeping Christina quite busy!

At the shower, we had a delicious lunch spread of sandwiches, salads, and dessert. 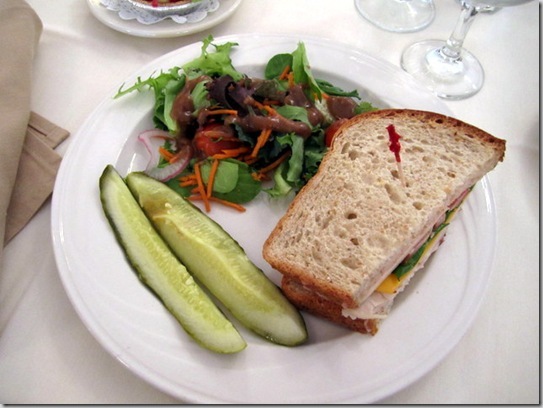 I opted for some salad, a couple pickles, and a delicious turkey sandwich that was paired up with cranberry mayo, cheddar, lettuce, tomato, and apple slices. The apple slices most definitely made the sandwich…yum! 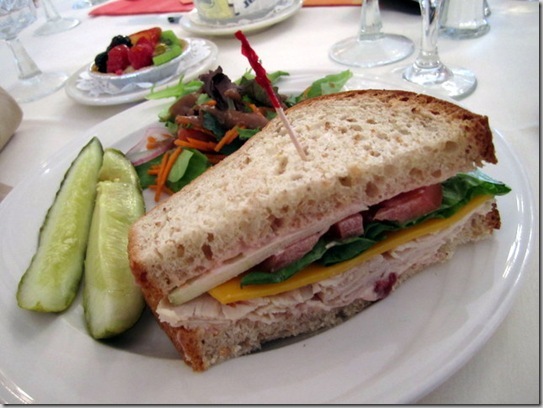 For dessert, I took a mini fruit tart, which was also very delicious. 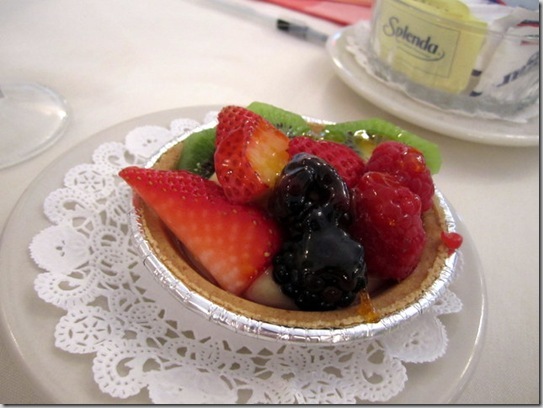 After the shower was over, I headed back home and got ready for our friends Joe & Kate to arrive for dinner and drinks. The four of us had a blast last night…lots of funny stories, a little whipped cream vodka

, and a Joey’s favorite request for dinner… 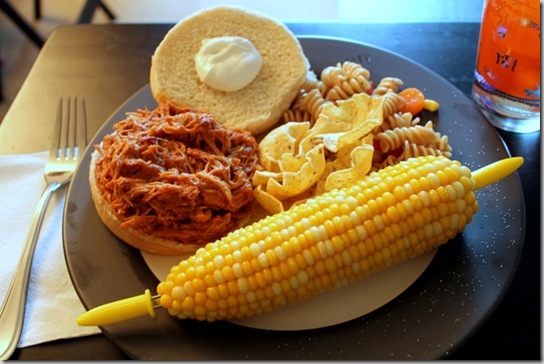 My BBQ Pulled Chicken. When I found out they were coming over on Friday, I asked him if he had any requests, and this was it. I should have known better, since we tend to have this meal quite often when they come visit, but that’s a-okay by me. I love me some BBQ pulled chicken! 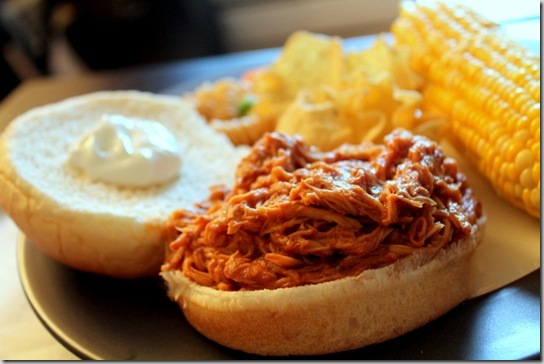 I served the chicken on some rolls with plain Greek yogurt, along with corn on the cob, some baked scoops for dipping, and some of Kate’s pasta salad. 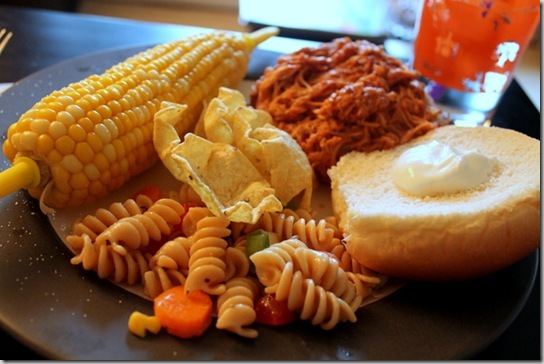 Everything was fantastic, and even better…we have plenty of leftovers.

Time to head back to enjoy the rest of this beautiful Sunday – catch ya later!

« Upping the Ante on the June Yoga Challenge!
Instagram Sunday »