Today, I had the lovely pleasure of meeting up with Courtney for a lunch date! No sillies, not me, this Courtney. The two of us have been communicating back and forth for a few weeks now about some different ideas, so we decided to meet up and chat over some sushi.

We went to a small little place called Yoshi Sushi in Latham, which I had never been to. From the outside, it looks like kind of a dump, to be honest. But the inside was anything but, and the food was great! I was immediately served some nice warm tea, which tasted great in this afternoon’s chilly, windy weather. 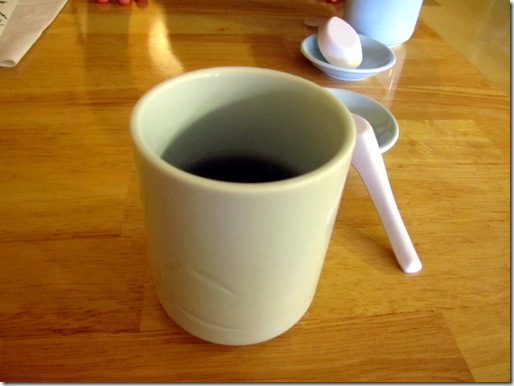 The ordering style was much different from anything I had never seen this before! 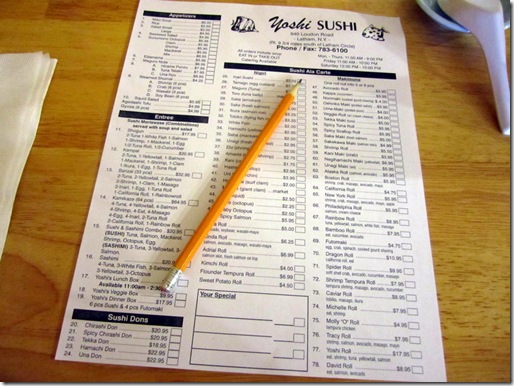 The menu was already on the table, so you just mark off what you want and bring it up to the counter. 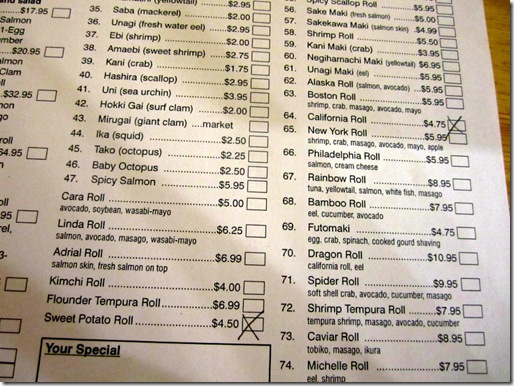 To my surprise, after ordering, we were served some salad and miso soup. Both were typical, but certainly tasty. 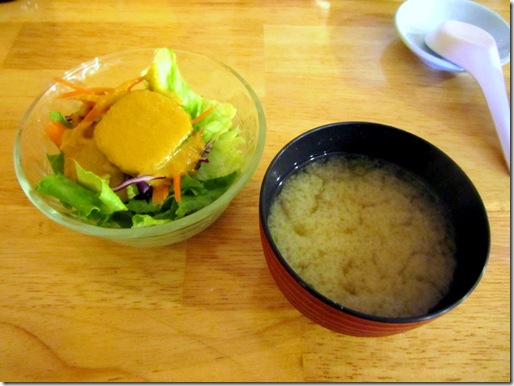 I think my biggest achievement of the day was that I was able to eat my whole salad with chopsticks. Usually, I’m fumbling around with them like an idiot, but today I brought my game face. 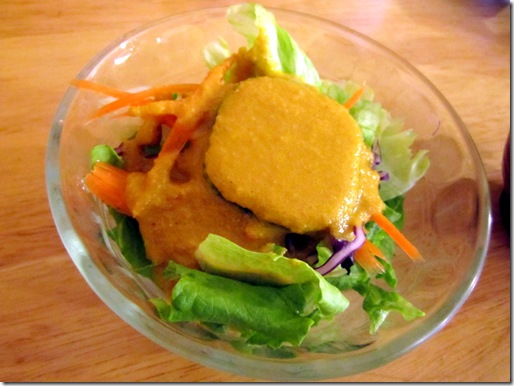 As you probably noticed above, I decided on the California and Sweet Potato rolls for today’s lunch. 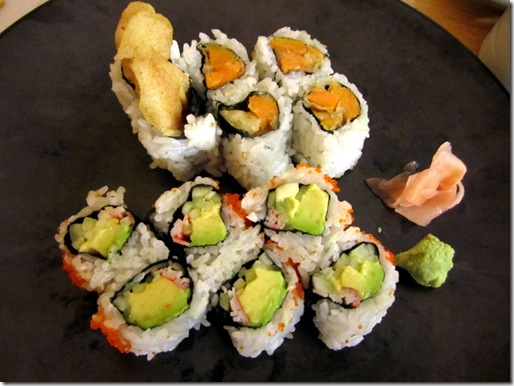 Last week when I went to Sake Café with Gabby, she had ordered a sweet potato roll, let me try it, and it was incredible. Usually, I try to steer clear of any rolls with extra mayo or those that are labeled “tempura” (aka, fried). But for the sweet potato roll, an exception was made! 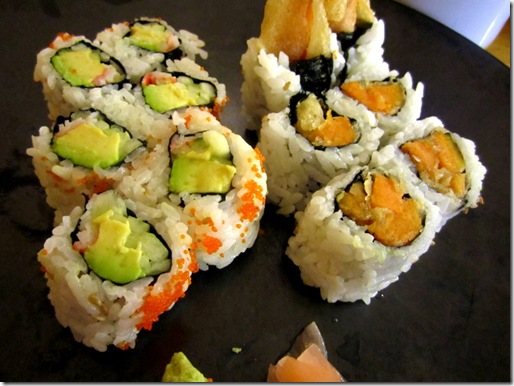 Both of my rolls today were really delicious, and I actually can’t decide which restaurant I like better now…Yoshi or Sake? I guess I’ll just have to try a few more from both?

Courtney and I had a really nice time chatting and sharing some different ideas of ours over lunch. It’s always nice to, not only meet a blog reader, but also one who shares such similar interests. I left lunch with so many ideas that I’m really excited to start thinking more about and possibly putting into place. Thanks again, Courtney!

P.S. – I really can’t get used to calling somebody else Courtney. It’s just so not common for me…two Courtney’s at once? That’s crazy talk!

After lunch, I headed out to meet up with Sarah & Mal at the mall (yes, again). I didn’t do any buying, but had a great time just hanging out with two of my favorite gals.

Unfortunately, I had quite the stomach pains for the majority of our mall adventure. I originally thought it may have been from lunch, but I actually think a major factor was my darn outfit! 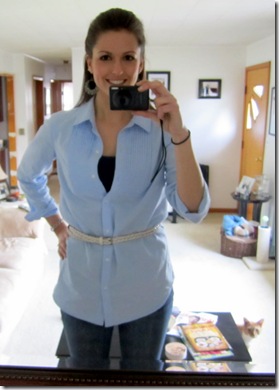 A couple fun side notes here…one, I’m standing on my couch in order to take this picture (I’m so cool like that), and two…do you see my little creeper anywhere???

So even though the belt wasn’t totally tight, it seems as though any time I try to wear any sort of belt around my waist, I get extremely uncomfortable. Which is a total bummer because I love the look of layering with a belt.

As soon as I got home, the belt came off and I instantly felt relief. 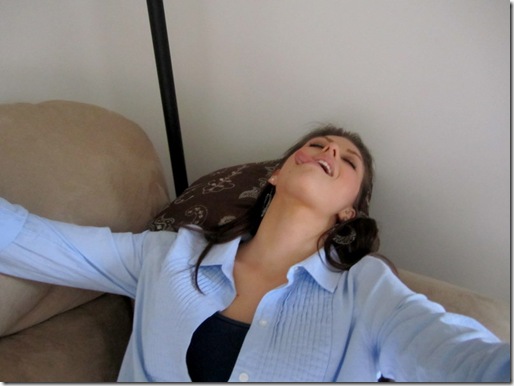 So then I played around a bit with this guy. 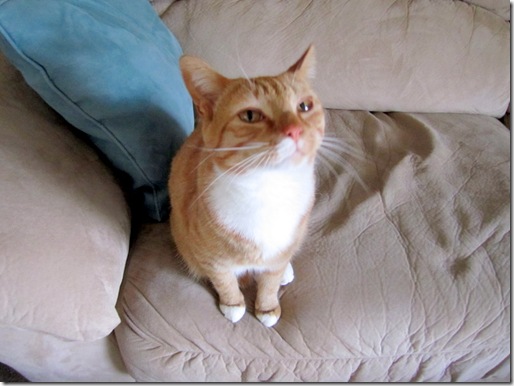 Now, I’m just waiting for hubby to get home so we can figure out what to have for dinner. Although, I’m starting to get hungry, so we’ll see how long I can hold off for…

Are there are any clothes/shoes/etc you can’t wear because of discomfort?

« Just Give Me The May Flowers
Filled To The Max »