I hate to say it, but it’s true…I’m feeling like a bit of a cranky pants this morning.

I’m thinking I must still not be caught up on sleep from the weekend because I am absolutely wiped today. I woke up around 5:30 for my workout, feeling tired, but I usually start to perk up a bit once I’m moving around. This morning? Sooo not the case. I didn’t even want to finish the whole walking routine that I planned on doing, and wound up cutting things short to about 30 minutes, which definitely tells you something. I told Jay to make sure that he MAKES me go to bed early tonight…no arguments!

Luckily, I had a really great workout yesterday after work to make up for this morning’s lackluster performance. 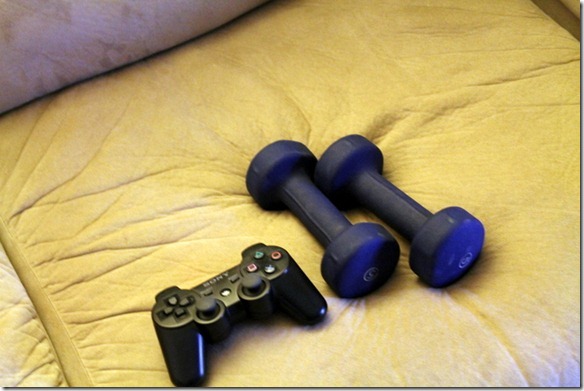 (we play our DVD’s on our PlayStation, in case you’re wondering what’s up with the controller) ;)

I decided to try out my new Summer Sanders’ Prenatal Workout DVD, which had me a little iffy at the start. Even though I’d read the reviews and most were great, I kept getting the feeling that it was going to be a bunch of fluff and not a very great workout…boy, was I wrong!

Summer uses a resistance band for her strength work, but since I no longer have one (mine snapped) I just used a set of 5lb dumbbells instead, which worked great. I love me some dumbbells. 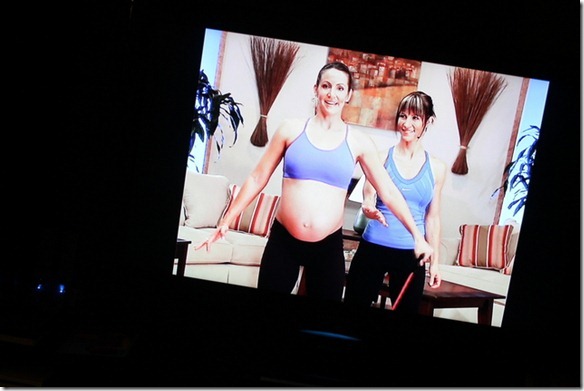 Other than that, the only other “equipment” I needed were some pillows for the floor work (since I shouldn’t be lying flat on my back anymore). 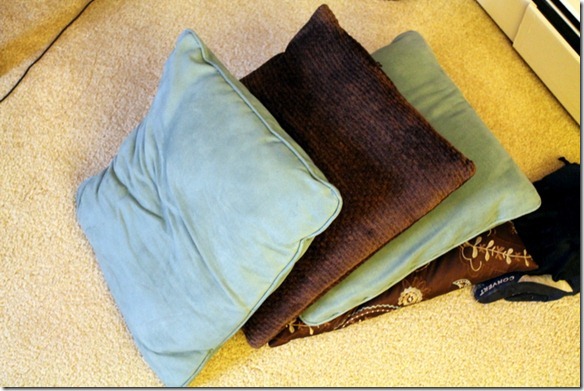 The workout lasted about 45 minutes, and by the end my muscles were most definitely feeling it. I’m really excited to have this DVD in my lineup, and am thinking I’ll plan on incorporating at least once a week.

Since I did absolutely ZERO prep of anything last night, I had to take care of everything this morning. Thankfully, I had some leftover chili that I’m bringing for lunch, and breakfast came together pretty quickly too. 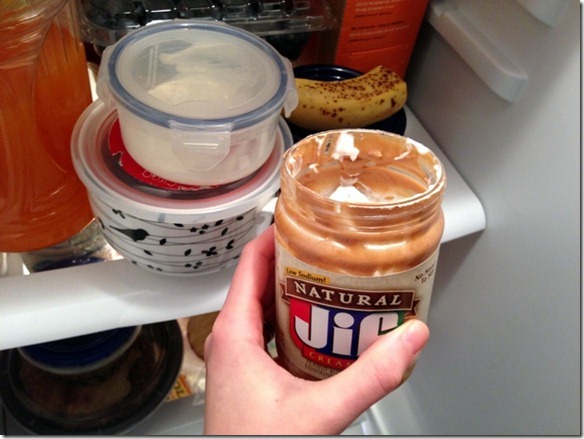 I had a jar of almost-empty peanut butter to use up, but rather than make oats in a jar, I decided to switch it up slightly and mixed about 1/4 cup of muesli with some plain Greek yogurt, strawberries, and bananas. 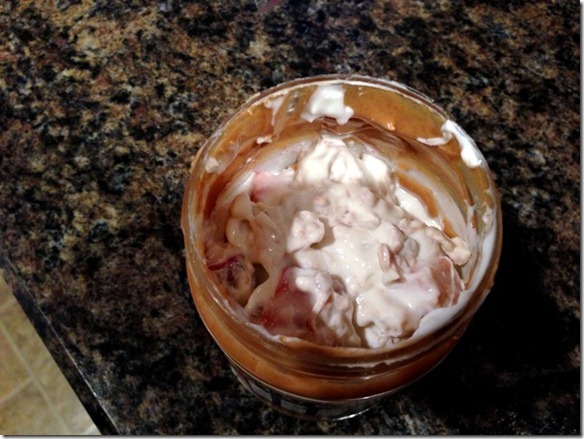 The stuff certainly doesn’t photograph well but hey, what can ya do?

So I didn’t get a chance to watch The Bachelor last night, but I did happen to catch a couple of minutes right around where Tierra was laughing her evil cackle right after she had gotten a rose from what sounds to be a 2 on 1 date? Ughh…seriously, Sean? What is the DEAL?! I’m convinced they’re just keeping her in the show merely for entertainment purposes at this point. I mean, really…that can’t be normal, can it? Either way, I’ll have to try to watch last night’s episode tonight since I know tonight is a two-parter.

It’s so much fun to get caught up in all this crazy girl drama-rama. ;)

If you could only have ONE piece of workout equipment to use, what would it be?

« Why I Cried At The Super Bowl
Your Favorite Foundation? »