Oooooo, baby. Do I have a recipe for you today! 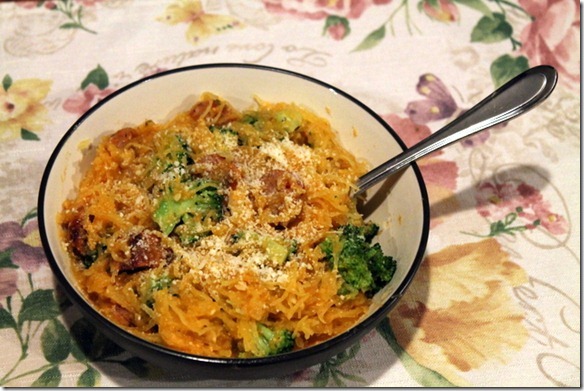 For the past few months, ever since I had it back in October, I’ve had a strong desire to create some sort of pumpkin cream sauce. While I knew it’d probably never be as good as the one I had, I still needed to try my hand at it…and last night was the night.

One of the best things about it is that it’s actually fairly healthy; and if you pair it with some spaghetti squash and extra vegetables, then you’ve got an even healthier dish at your fingertips…err, your fork tines? Last night, I paired a big bowl of spaghetti squash with some steamed broccoli and a sliced chicken sausage, then tossed it all together with lots of pumpkin cream sauce and some fresh Parmesan cheese. 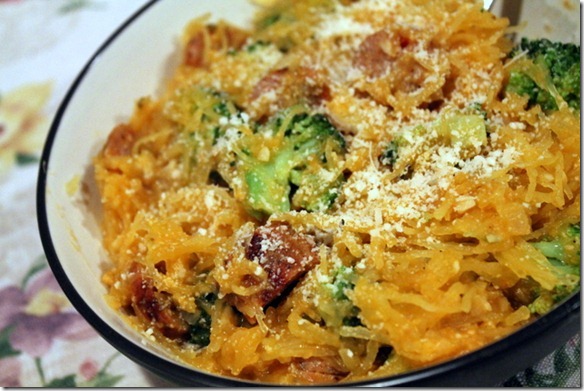 I had no idea how much the recipe would make, but I thought for sure I’d have enough for leftovers today. Well, it turns out that we were apparently hungrier than I expected, because the two of us finished off the entire batch of pumpkin sauce ourselves. Whoops. 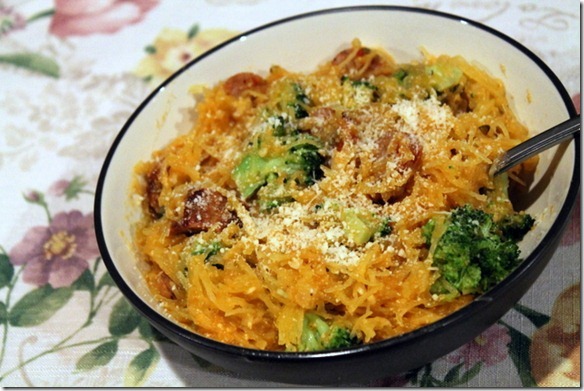 So I don’t know. Maybe you could get more than two servings of it? But then again, I wouldn’t have had any less in my bowl, so I’ll probably just double it next time. ;)

As if you haven’t already seen enough pictures of this dish…what’s one more? ;) 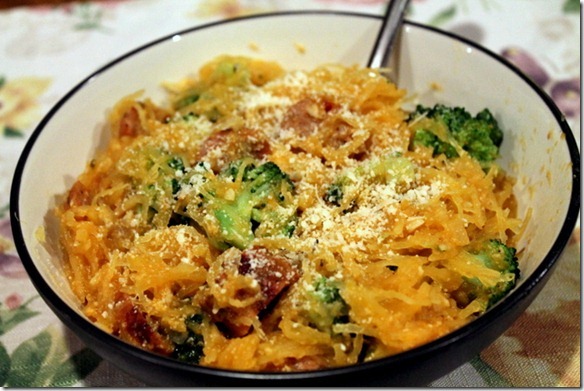 That’s how much I love this stuff. I cannot WAIT to make it again!

Heyyy, happy FRIDAY everyone! I have a suuuuuper busy day ahead of me at work but I’m so looking forward to the weekend. Here’s to hoping 5:00pm comes mighty quick today. ;)

« Such a Cliche
Sushi with Joe and Kate »