Well helloooooo my friends! Happy Monday to you all! Did everyone have a great weekend?  I swear, this one flew by in the matter of about 12 hours…wasn’t it just Friday? Then again, we did have a lot of good stuff happening, so I guess what they say is true…time really does fly when you’re having fun!

On Friday evening, my parents came over to watch the little guy and Jay and I headed out for a date night/birthday celebrations. Two Fridays in a row for date nights…we’re spoiled, I’ll tell ya! 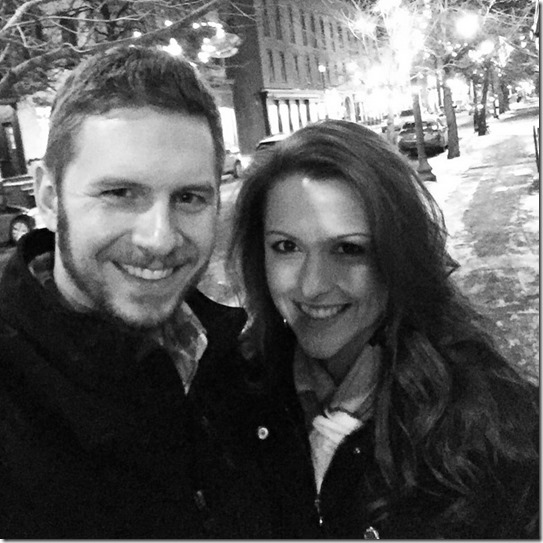 For dinner, we decided to go to one of our favorite local spots, B-Rad’s Bistro. You guys have certainly heard me talk about this place on more than one occasion, but Brad actually just started serving dinner at his restaurant this past week so we were excited to give it a try. 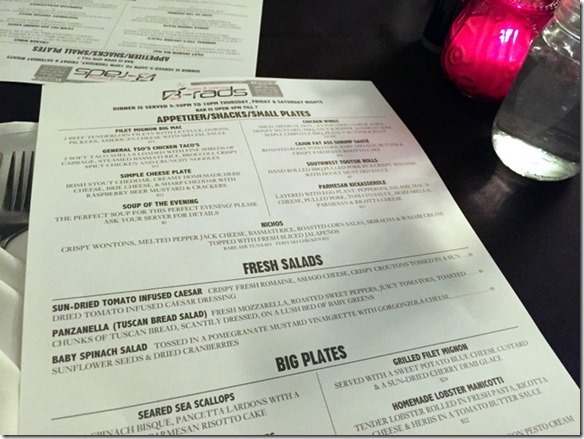 They’ve even got a new bar set up in there now – totally loving it! 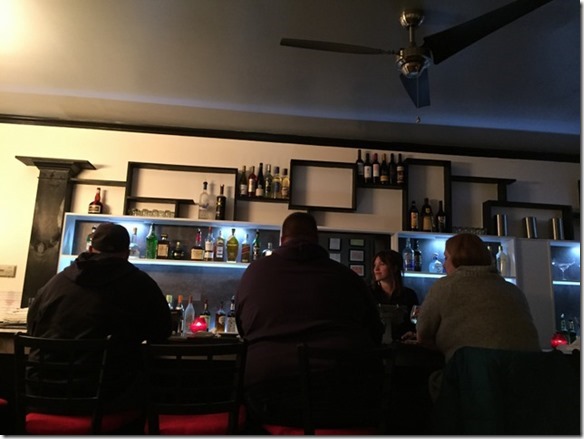 We kicked off the evening with a couple of drinks – white wine for me, beer for him. 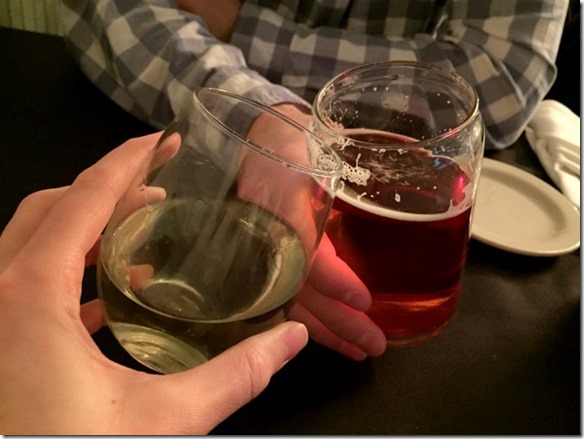 To start, we decided to split the soup/chowder of the day which was a Buffalo Chicken Chowder. It was flippin’ unreal. That’s all that needs to be said about that. 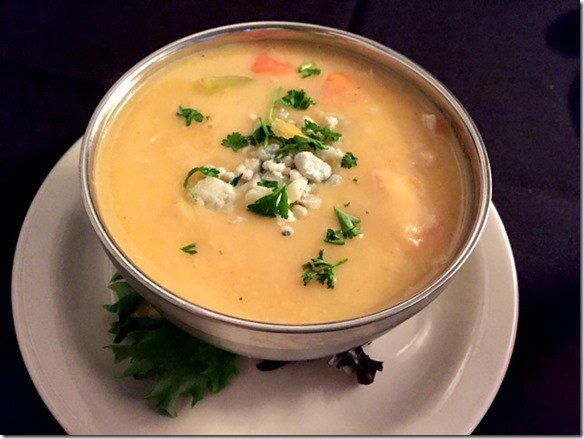 For our dinners, Jay and I decided to go halvsies on two of the smaller plate options: the General Tso’s Chicken Tacos, and the Filet Mignon Big Mac. The tacos were delicious but by the time I finished mine, I swear my mouth was flaming. Wow. 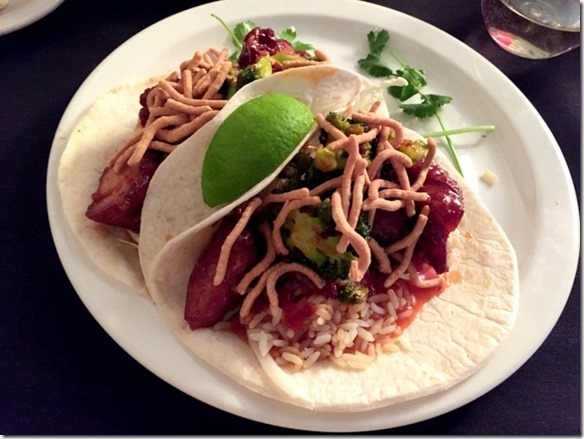 But this thing? Oh.my.god. 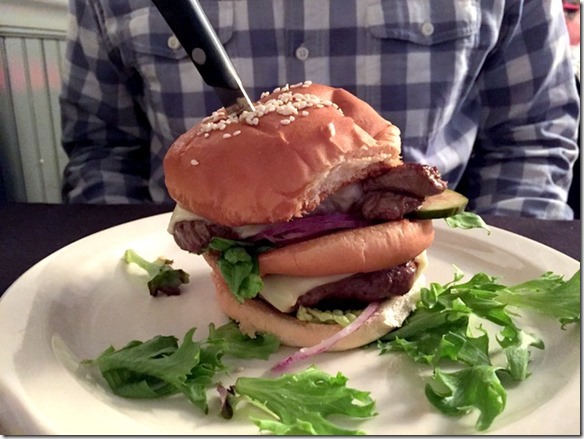 Brad makes a Big Mac dip that seriously tastes just like the real thing. So when I saw he had this on the menu, I knew we had to have it. Incredible. JUST incredible. It tasted exactly like the real thing, except swap out the plain burger for tender, delicious filet mignon. That thing seriously has me salivating all over again just looking at it. Locals, it’s a MUST try!

Jay ended up ordering another beer towards the end of dinner, so I decided to go ahead and order another drink that I was eyeing on the menu: the Candy Apple Sangria. 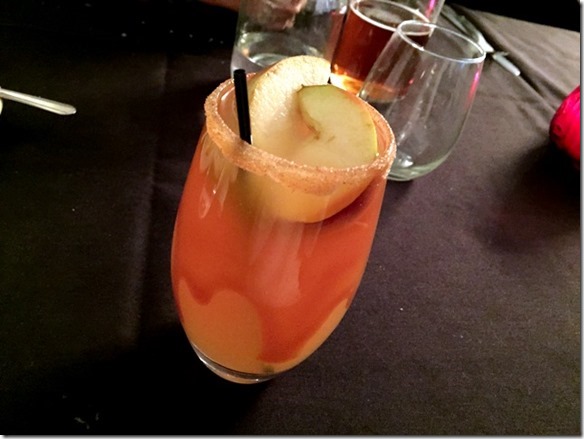 Again, just amazing. And strong. We’ll leave it at that.

Once we finished our drinks, we headed down a few blocks to meet up with my bestie Heather to celebrate her 31st birthday! 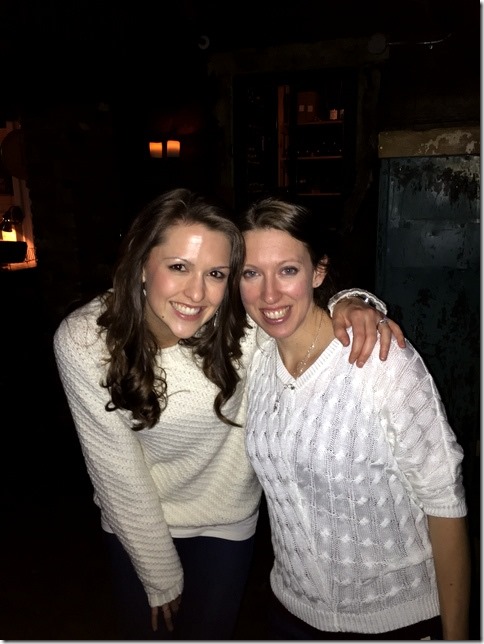 We met up with her, her husband, and a few of their other friends at Lucas Confectionery(which Jay and I had visited on one other occasion) for a drink. It was a great time, and I had fun being able to chat and catch up a bit with Heather. It had been way too long since we last got together! 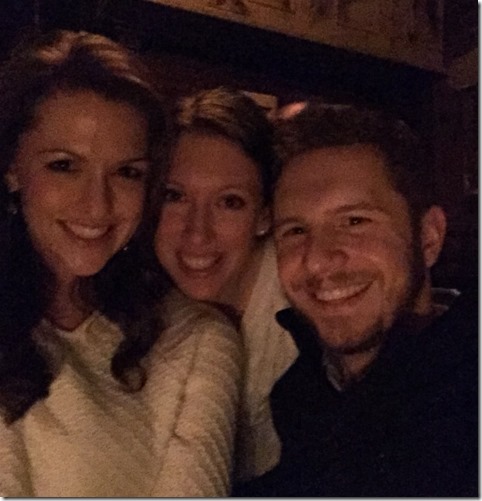 Saturday morning started with some coffee and pancakes. 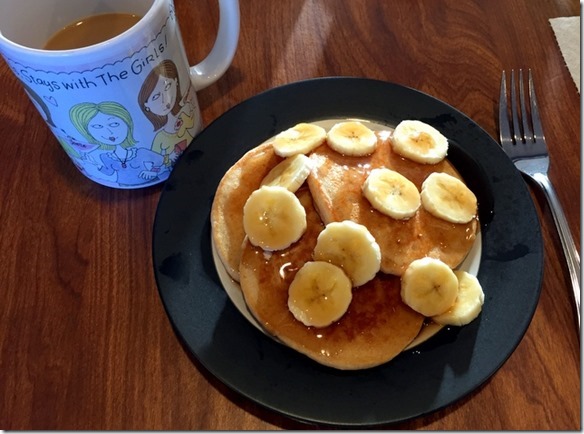 And while we were eating, I told Lucas that it was time to get ready to go to soccer. This is how that went down… 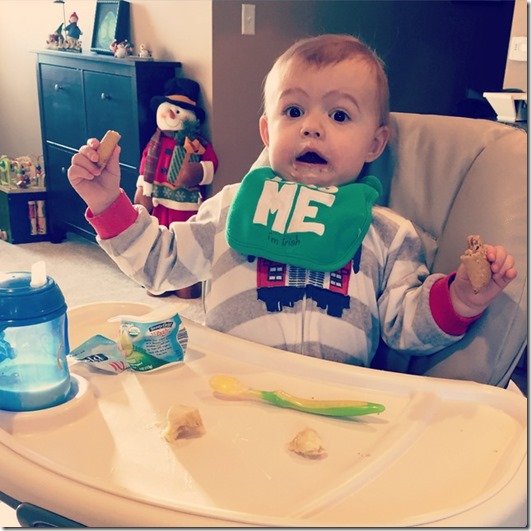 Think he was excited much?

Soccer was chaos fun, and he and his buddy Conner had a great time running around. 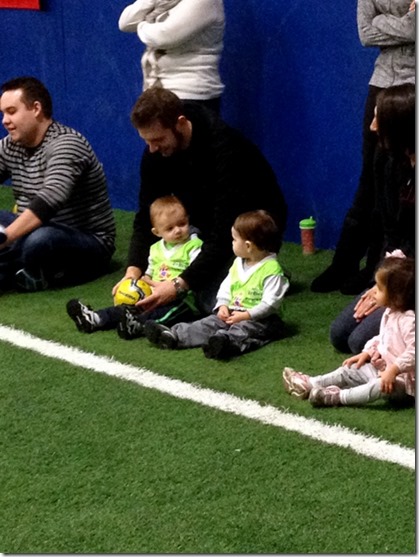 You’d think he’s standing listening attentively at something here, but he’s really not.

After soccer, Lucas went down for his nap, I squeezed in a T25 workout, and cleaned out some clothes from my closet to donate. 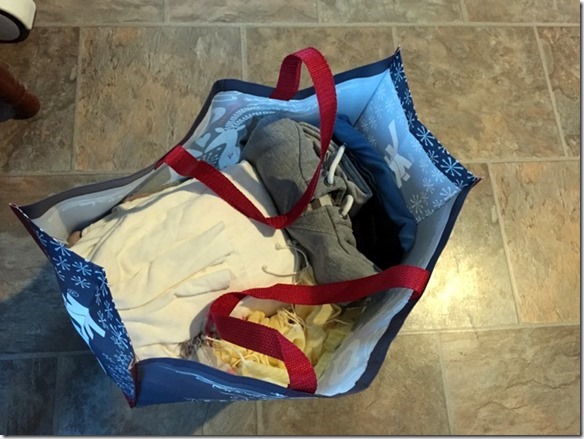 I also did a little more meal prep/planning for the week…hurray for being organized! 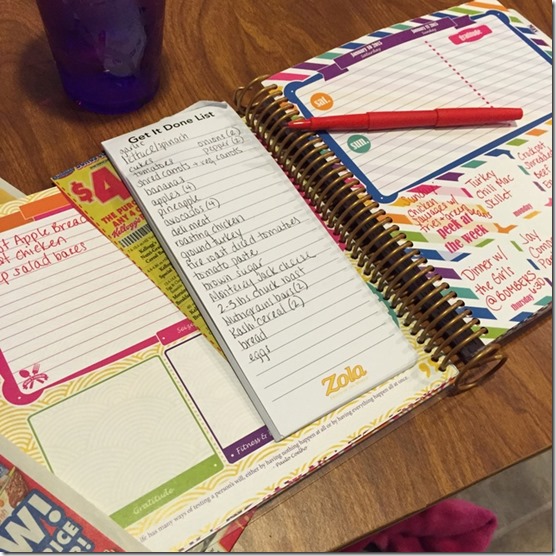 And once Lucas was in bed, Jay and watched three more episodes of Orange is the New Black. Only three more to go!

On Sunday, I knew I had a lot I wanted to get done, so I set my alarm for 7am and got my workout in right away. A T25 upper body + some yoga were on the agenda, and both of them felt great…the yoga especially was needed! 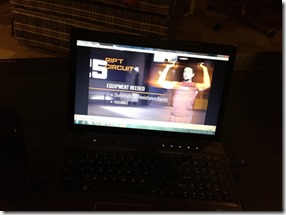 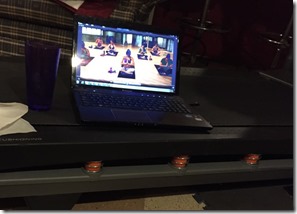 By the time I finished, I came back upstairs to discover that Lucas was still sleeping. He didn’t wind up waking up until almost 9am?! So once he was finally up, we all had some breakfast – an amazing bacon, egg, and cheese sandwich for me, courtesy of the hubs. 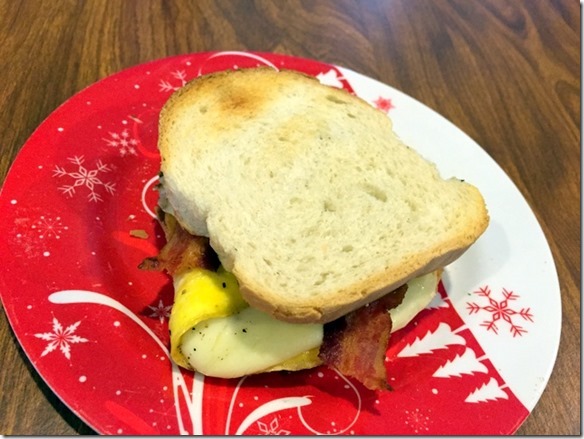 Shortly after breakfast, I headed out to take care of the grocery shopping for the week. 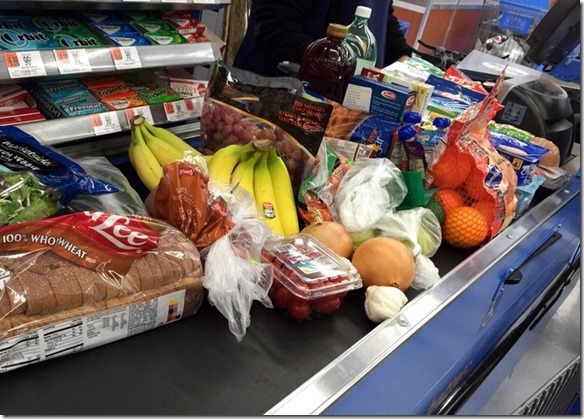 After that, I worked on some blog stuff for a bit while Lucas was napping. 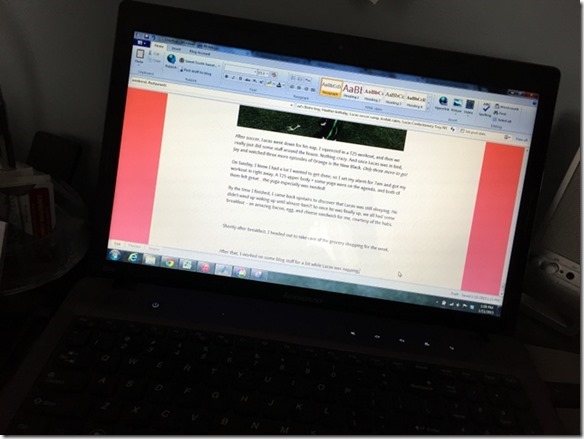 Notice where that photo was taken?

Then I did a little work in the kitchen, including prepping some salad bases, meatballs and Easy Cheesy Spinach Pasta for Lucas, grilling some chicken tenderloins for salads, and making our dinner for the night. 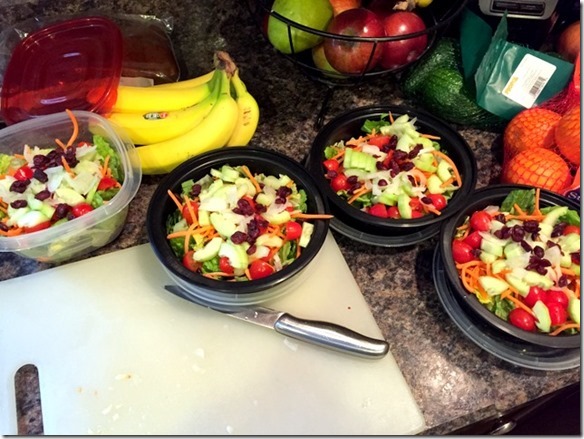 I am so loving all of the COLOR in that photo!

After Jay and I finished washing up what seemed like a million dishes from all of the food prep, we had some down time with our favorite little boy before it was time to put him to bed. He was in rare form though, I’ll tell ya… 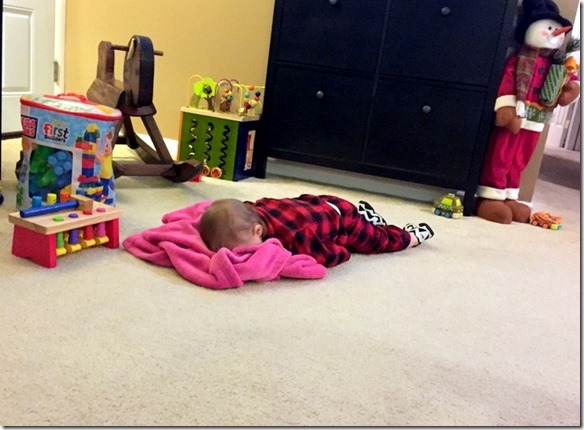 This was just one of his rounds of peek-a-boo…and yes, he insisted on wearing the sneakers with his PJ’s after he got out of the tubby. 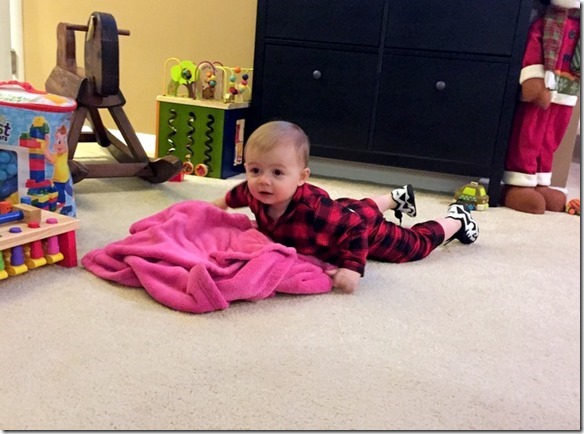 Once I put Lucas to bed, I finished up this post and then it was time for a little relaxing on the couch with some TV. It’s amazing sometimes…we’re home all day, yet I think I had the chance to sit on the couch maybe twice, for like 5 minutes. Always on the go, that’s for sure!

But it really was a great, super productive weekend. And now that I’m feeling somewhat prepared in terms of food and all that jazz, I’m ready to tackle the week ahead! It’s going to be a busy one, including my company party, Jay’s company party, and a girls’ night out on Thursday. Lots of fun on tap, for sure!

Any awesome highlights from your weekend?