You know that feeling when you’re really craving something, yet when it comes right down to it, you’re just not in the mood to make it?

I know that you all know what I’m talking about; otherwise, we’d all be eating gourmet breakfasts, lunches, and dinners every night of the week, right?

Well when it came down to making the protein pancakes that I declared a necessity earlier today, I just wasn’t in the mood to make them. Honestly, they take maybe 10 minutes, tops? But they just seemed like too much effort at the time.

Enter: another cereal combo bowl. It was the same combo as this one, just with banana slices instead of blueberries because I ran out and reeeeally need to get more. 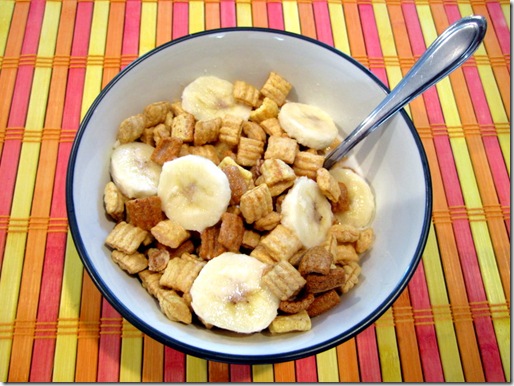 I think I can honestly say that this may have been the least fulfilling cereal bowl that I can ever remember having. It tasted good, but it just totally was not what I wanted.

So by the time my tummy started grumbling for lunch, and I still had pancakes on the brain, I knew I only had one choice. 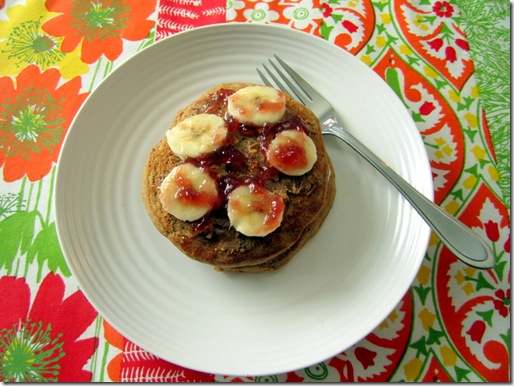 Make them! I followed the same recipe as the last time I enjoyed them, but skipped on the special sauce and went with an almond butter + banana slices + raspberry jam layered topping. 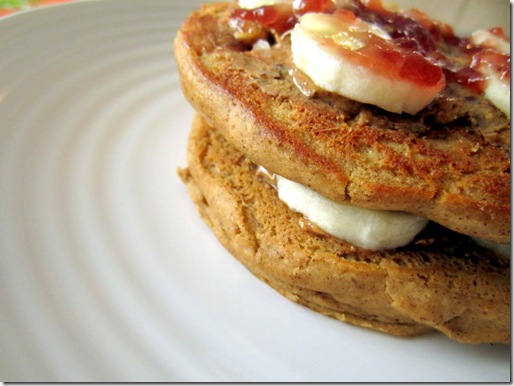 These bad boys were pretty darn awesome and I’m so glad I got off my lazy rear end to make them, even if it was slightly delayed. 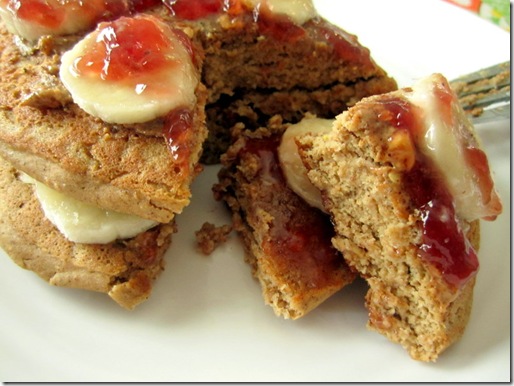 On a side note, I (once again) forgot to answer this morning’s Would You Rather questions, so here ya go:

Now I’m headed out the door to take care of a few things this afternoon. Hope everyone’s work week is off to a fantastic start!

If you could choose ONE meal (breakfast, lunch, or dinner) to have gourmet meals made for you every day (you don’t have to make ‘em!), which meal would it be?

I’d choose dinner…I’m pretty happy with simple breakfasts and lunches, and even though I love nice dinners, they aren’t my favorite to make!