On Friday night, I mentioned that Jay and I had a fun double dinner date to attend, but I have yet to tell you all about it! 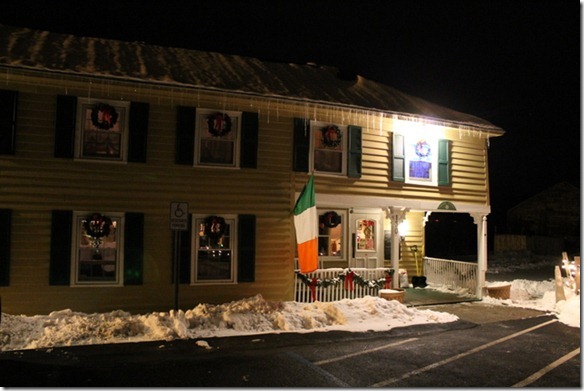 A few weeks ago, I was invited by the owner of Power’s Inn & Pub to come in for dinner and try out a few of their menu items. It wasn’t just a random invite though; we happen to know the owner, as I used to work with his wife and we actually got to hang out with them at the Turkey Bowl party we attended at the beginning of November.

So after figuring out schedules and whatnot, we finally had a night where we were able to go up and have some dinner with our friends Brian & Mal, who I invited along for the evening. 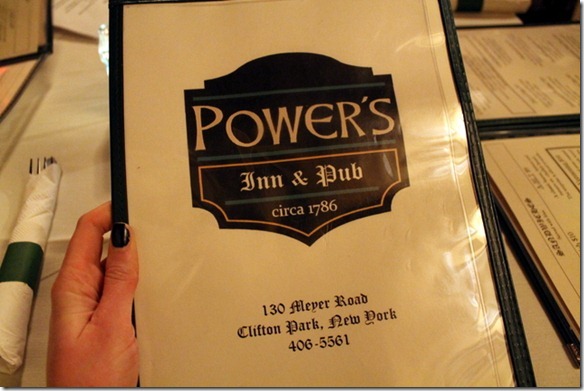 When there’s more than two people out at dinner, that’s always the perfect opportunity to check out the appetizer menu. Am I right? There were quite a few things that stood out for us, but we ultimately decided on the calamari and Irish nachos. 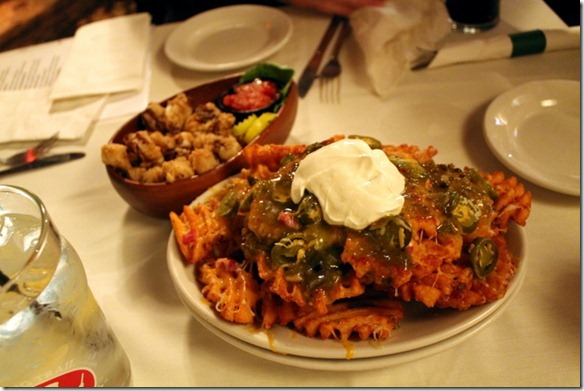 The calamari, which Bryah – the owner – told us was cut fresh everyday, was absolutely delicious. You could totally tell it was fresh, and it had great flavor. 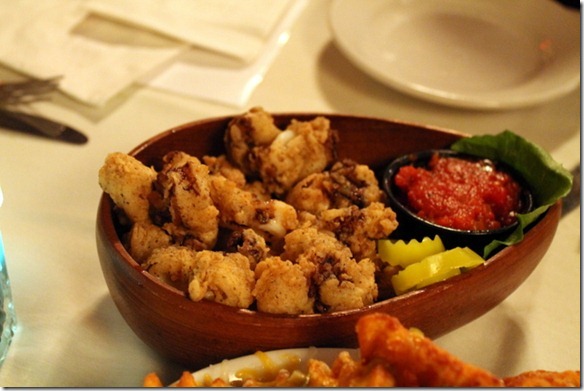 The Irish nachos, which sounded amazing on the menu, weren’t totally what I was hoping for. The menu said that the waffle fries came topped with cheddar-jack cheese, chopped corned beef, salsa Verde, sour cream, and jalapenos, but I felt like it was mostly just salsa Verde. 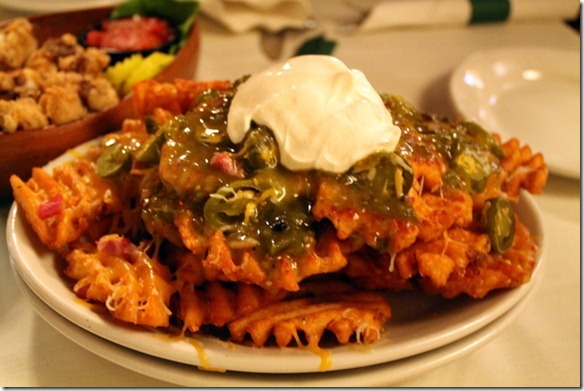 We all agreed that they tasted good, but we would have liked more cheese and corned beef spread over all of the fries, not just topped on the middle.

For dinner, both Jay and I decided to get the same thing which was one of their specialty sandwiches, The Craic. It was shaved roast beef, topped with caramelized onions, Provolone cheese and horseradish mayo on a baguette 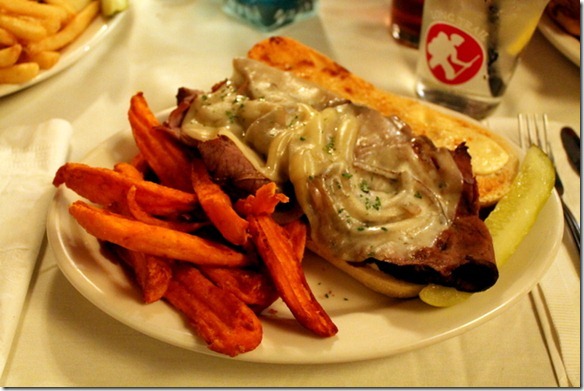 The sandwich had great flavor and the horseradish mayo was delicious. The only thing I was surprised by was the thickness of the roast beef; I guess my interpretation of “shaved” is much thinner that what a normal interpretation of “shaved” is, but that’s alright. It still tasted good nonetheless, and I managed to get through about two-thirds of it…mostly because I was housing the sweet potato fries.

Brian got a burger, which he said was great (and looked great) and Mal got the Flying Irishman sandwich, which she said tasted really good, but was just expecting it to be a warm sandwich. 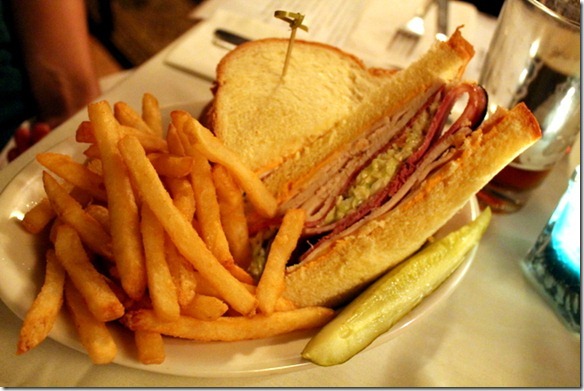 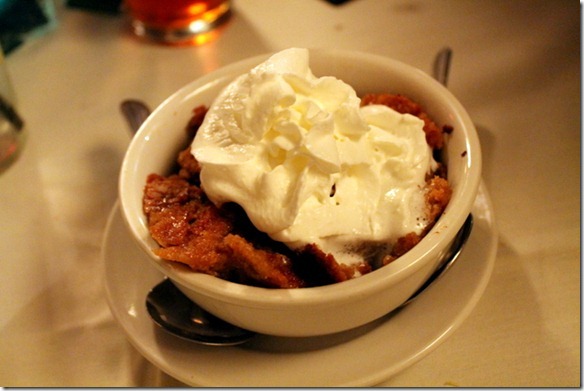 The apple crisp was actually like nothing I’ve ever had before. It was more like an apple bread, with a soft texture and a prominent cinnamon & spice flavor. 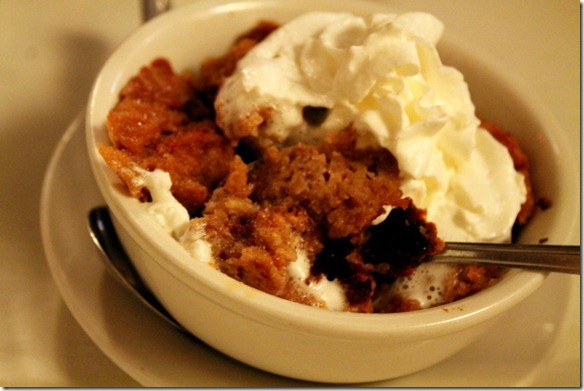 We both loved it, but agreed that we never would have thought it was apple crisp, had we not known. Perhaps this is the “Irish” version of it?

After dinner, Bryah gave the four of us a quick tour of the building, which was quite possibly my favorite part of the evening. I’ve always been really in to old, historic buildings and things of that nature, and this restaurant was right up my alley.

We learned so much about the building on our tour, and I probably won’t be able to remember it all, but one cool fact was that the building was built way back in 1786. If you look at the photo of it at the beginning of the post, it looks like it’s only two floors, but there are actually five different floors with eight separate rooms.

Each floor has separate rooms which are named for various members of the family; the room we ate in is right beyond that doorway, called the Liam room. Our room was also on the lowest floor of the building, which is also where the kitchen is. 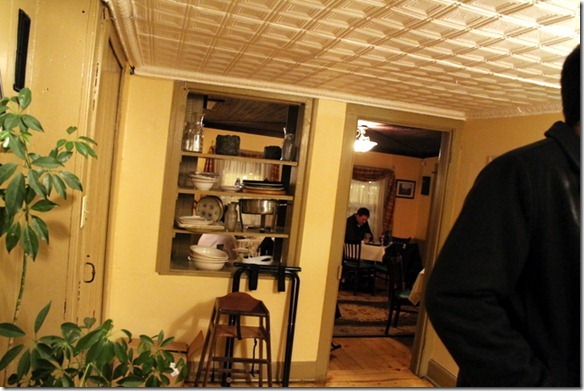 Bryah told us that the building needed a TON of renovations after they bought it, but they have tried to keep many aspects of it intact to maintain its integrity. One particular thing that has never been touched is the fireplace you see on the right. 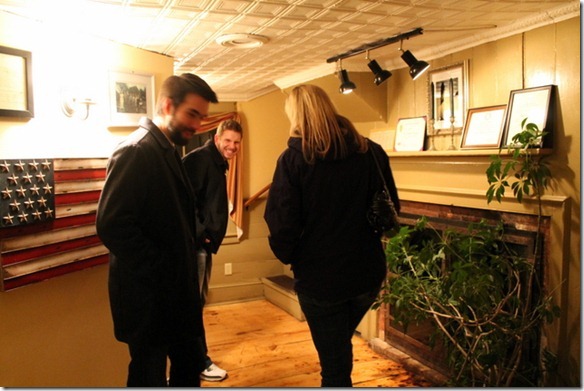 This is the original fireplace from when the house was built…how neat is that?! 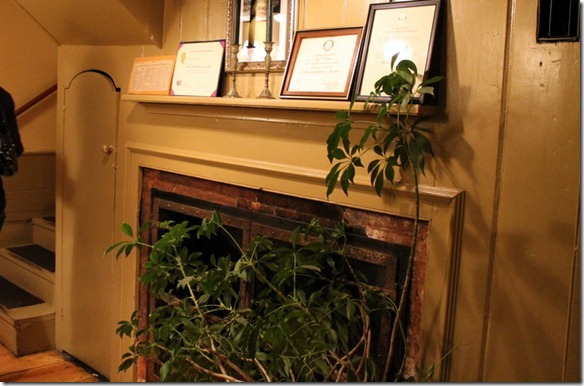 I wish I could have taken photos of more of the rooms as we continued on our tour, but I didn’t think the various diners would be too fond of that.

Each of the rooms reminded me almost of a dollhouse; they were small, intimate, with short ceilings and little windows. 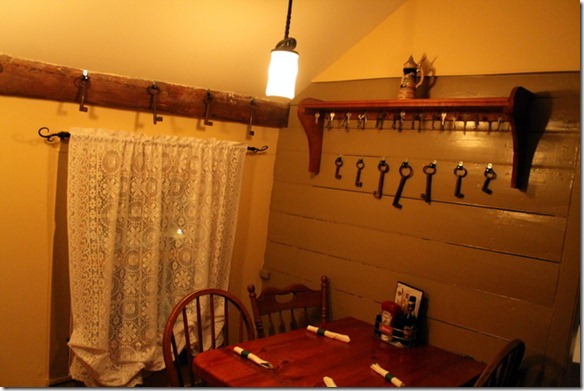 Then we also got to see one of their main dining rooms, which was pretty darn neat. 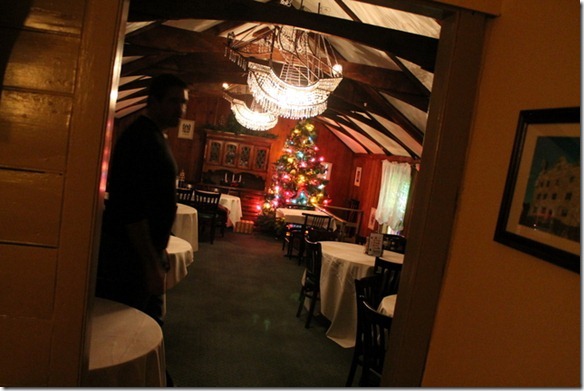 Most of the beams that run across the ceiling there are the original beams, except for a few added supports that have been needed over the years.

But even cooler than the structures, are the stories of the five spirits that occupy the building. I’ve always totally been a believer in ghosts, spirits, whatever you want to call them, so whenever I hear stories like that, I eat them right up.

Apparently, there’s been numerous instances where people have seen the reflections of the chandelier moving on the walls, but the chandelier itself is not moving. Bryah also said that shortly after they opened, one of the picture frames on the wall below went shooting down the back staircase out of nowhere. 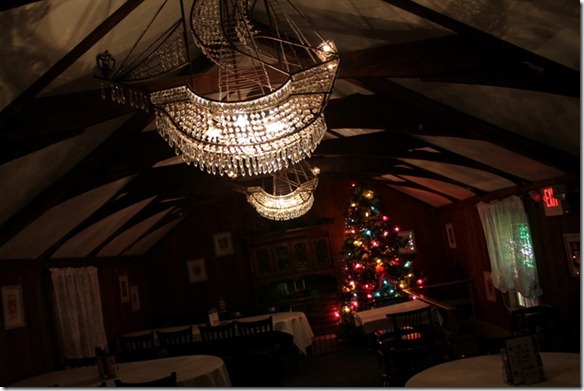 And yes, then there’s the five spirits. Apparently two different mediums have been at the building, and both have come back with the same exact stories about the spirits…

I’m telling you, I absolutely LOVED hearing all of these stories, and Bryah said that most of his patrons feel the same way. Power’s Inn & Pub was definitely a cool place, with really good food, and somewhere I’m sure we’ll be back to visit. Not only for the food, but maybe we’ll even get to encounter a spirit.