Alright, so let’s continue where we last left off… 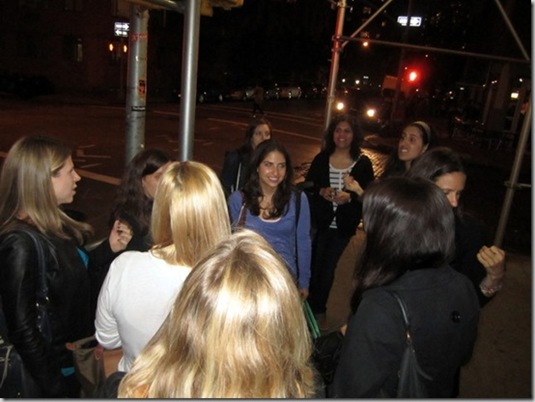 After yesterday’s Meet & Tweet event, Julie, Jillian, and I had a couple hours of downtime in the hotel before eventually heading out to join a small group dinner at Tortilla Flats. 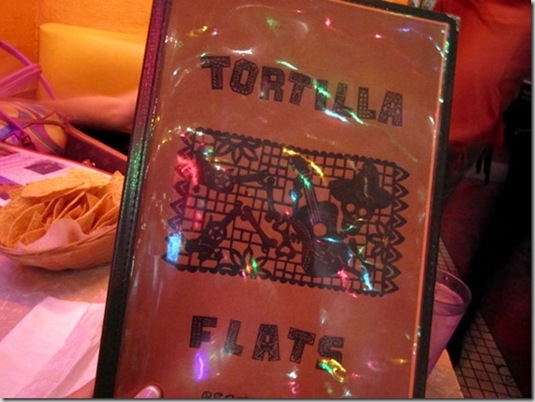 The restaurant itself actually kind of reminded me of my favorite local Mexican spot, Bombers; small, intensely decorated, and lots of character.

The three of us ended up getting there a little later than everyone else, so we had a booth all to ourselves. Luckily, we were able to enlist a few different visitors throughout the evening. 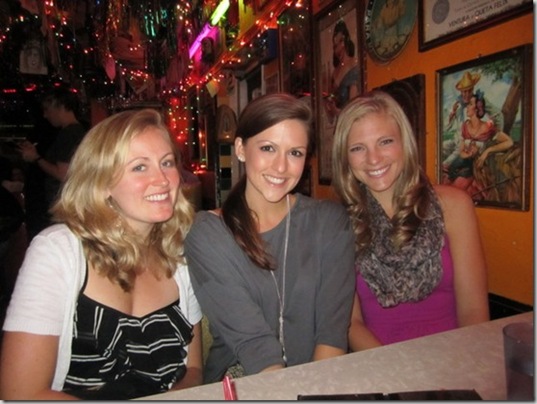 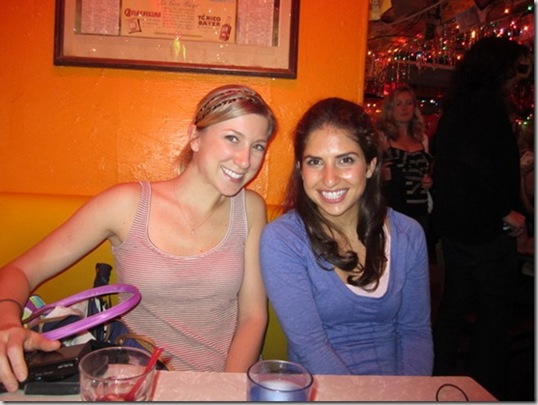 Our table was given some fresh chips and salsa to start. Chips = amazing. Salsa = way too spicy for this gal. 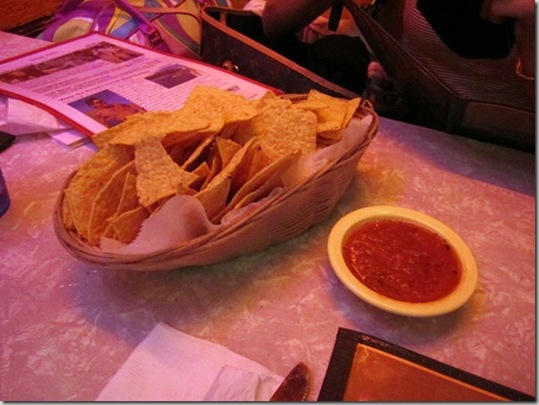 The three of us also got a pitcher of sangria to share, which was surprisingly strong but super delish. 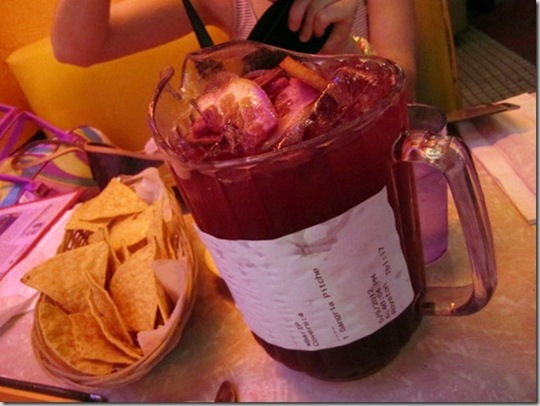 For dinner, I rolled with a soft chicken taco combo plate, which came with rice and refried beans. 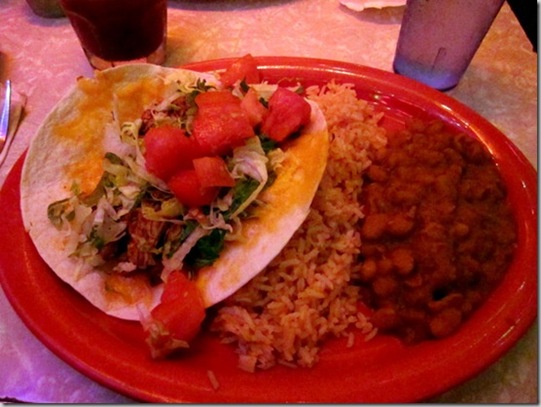 Everything tasted awesome and I was surprised at how much I was diggin’ the beans. I don’t know what’s happening to me…a year and a half ago, I wouldn’t have touched the things.

After dinner a few members of the group decided to go out for a drink, but Julie and I headed back to the hotel. It was a LONG day for me and I was definitely feeling wiped.

This morning, the two of us both got up and headed down to the hotel’s “fitness center” for a workout; I use that term lightly though, considering their fitness center consisted of a treadmill, an elliptical, and a few sets of free weights.

Hey, better than nothing though, right?

We also ended up running into Miz, who was dominating the elliptical, so Julie and I decided to do a bit of an interval workout; we each alternated two minutes on the treadmill with two minutes of strength training. It wasn’t the toughest workout I’ve ever done, but we were both sweating like pigs by the end of it.

Once we showered up and packed up, our small little group grabbed a quick meal, boarded the train, said goodbye to the city, and headed on over to Boston. 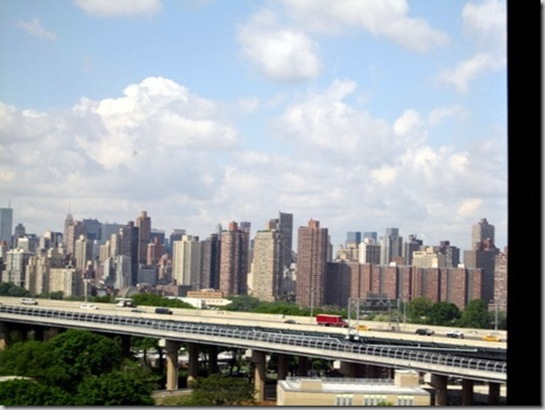 We had stopped quickly at Chickpea in Penn Station and I was absolutely torn on what to get; I hadn’t eaten breakfast yet, but their salad stuff looked amazing. I ultimately decided to stick with breakfast, since I can never made lunch-type foods my first meal of the day, but it was a good decision. 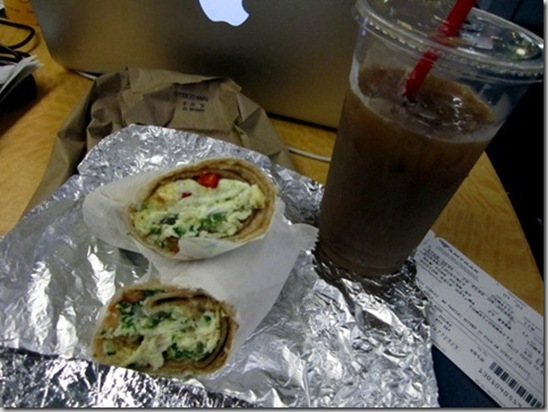 Iced coffee + the Healthy Breakfast Wrap, which consisted of egg whites and veggies wrapped in a whole wheat tortilla. 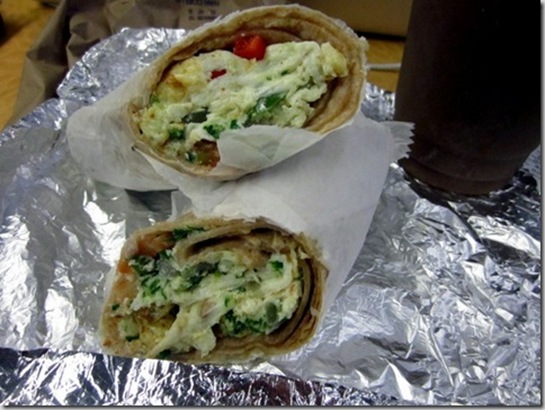 I also snacked on a box of vanilla yogurt raisins that I snagged from yesterday’s event. 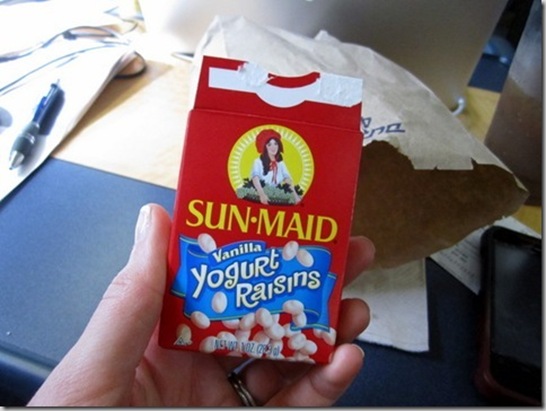 Once we get into Boston, we’ve got plans to explore the city with our tour guide for the day, Sarah. Looking forward to scoping out the scenes!