When I last chatted with you guys yesterday, I left with saying,

“Something tells me that today is just going to be a really, REALLY awesome time.”

Truth is, I already knew that last night was going to be an amazingly awesome event. I had been given quite a huge tidbit of information that I was practically jumping out of my skin with, but I couldn’t say anything quite yet.

Earlier in the day while I was at work, I got a phone call from Jay filling me in on the info. I plan had been put into action, and I was being asked to take part in this devious little adventure. So I’m sure you’re wondering a) what the heck is the “plan” and b) what was my part in it?

Well, here’s the plan, and this is my documentation of it… 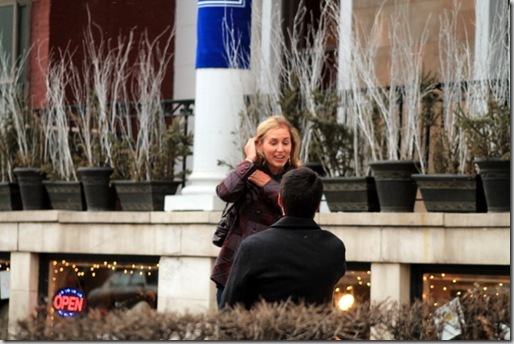 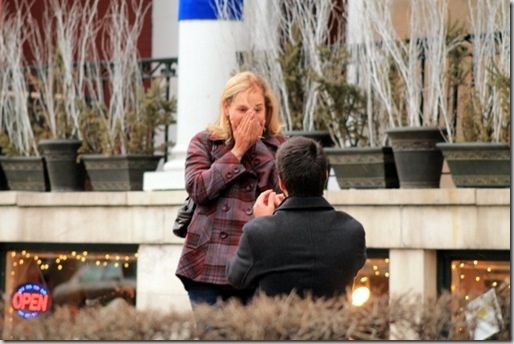 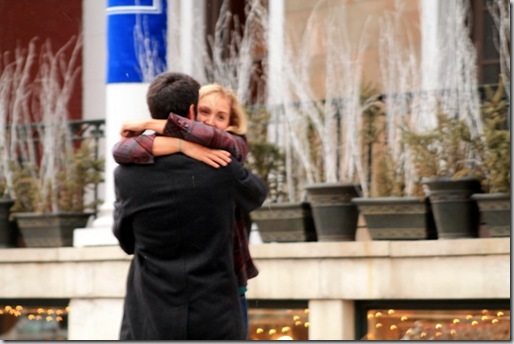 Right here is about the time where we all jumped out of the car and screamed CONGRATULATIONS!!!! 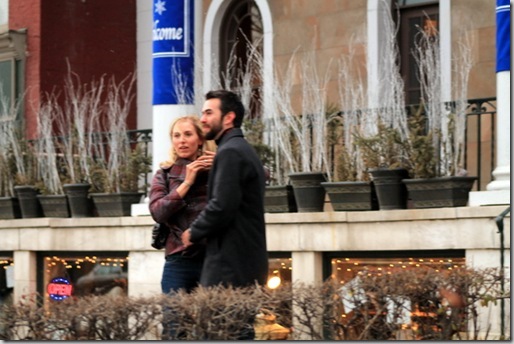 Because Brian & Mal are now ENGAGED!!! 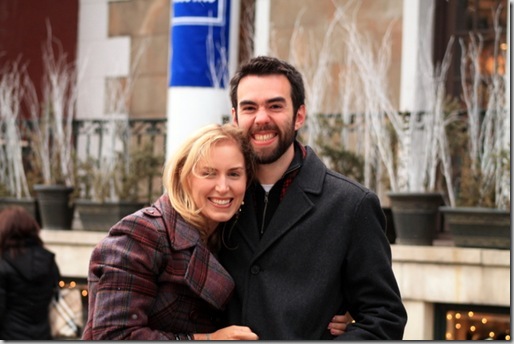 I am so so SO over the moon excited for them, and I absolutely LOVED that Brian asked me to document this extremely special moment for them. I was basically freaking out the whole time we were waiting for them to walk up the street…it was such a rush! I felt like I was playing paparazzi!

Mal had no idea, which I loved even more, especially since we had just been talking about it while down in Mexico. 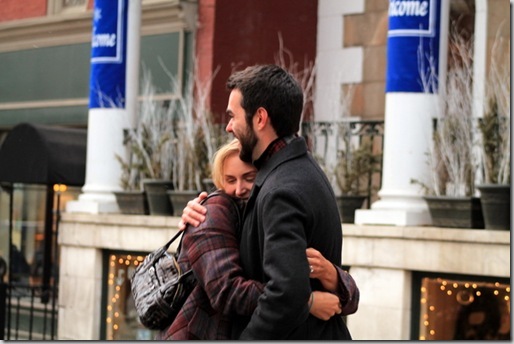 To have moments like these captured on camera is really something special, and something they will be able to look back on and cherish forever. 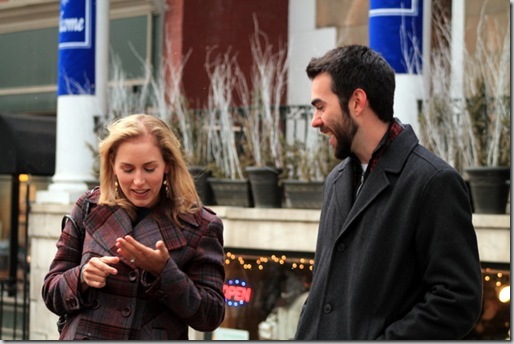 Congratulations to two of my closest friends/family. 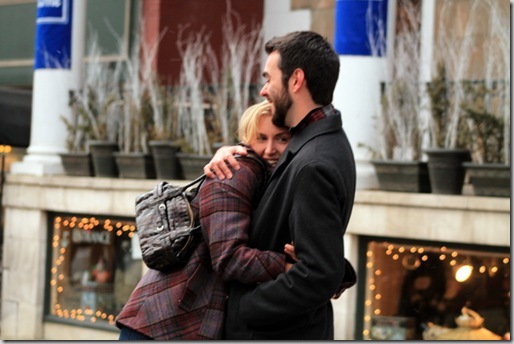 Of course, once the question had been asked and a big ‘ol YES was given, it was time to go celebrate at Beer Week! Brian’s sister Denise and her fiancé Mike were also in the car with Jay and I while everything went down, so the six of us headed out together. 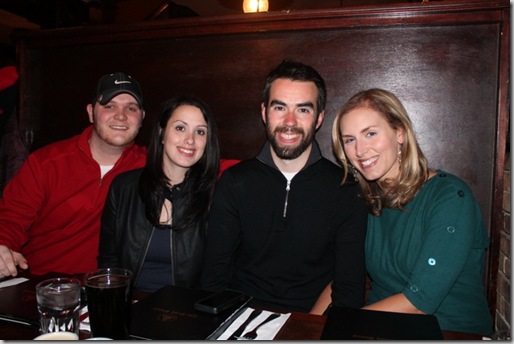 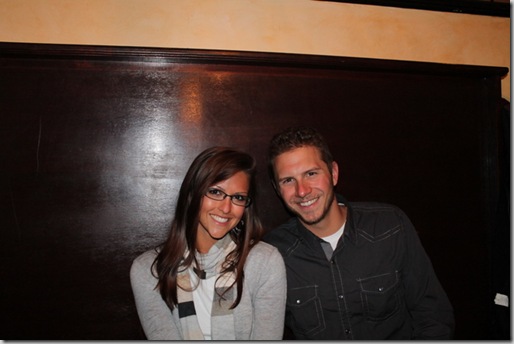 We decided on a local spot called Irish Times (this was after stopping at The Wine Bar for a champagne toast) and checked out which specialty beers they had on tap. 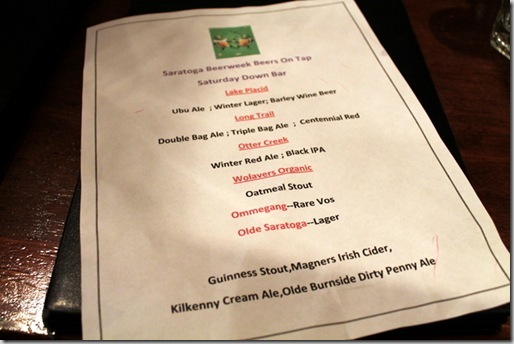 Being the indecisive one that I am, I had no clue what I wanted to order, so I suggested that Jay and I try out a sample paddle, which came with four different beers. 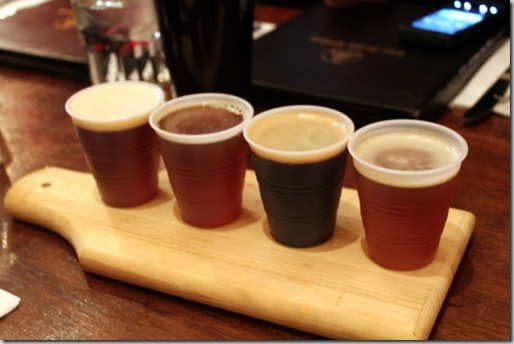 I enjoyed the Winter Ale, was not a fan of the Double Ale, the Oatmeal Stout was decent but I wouldn’t have been able to finish a full pint, so I decided on the Olde Saratoga Lager. 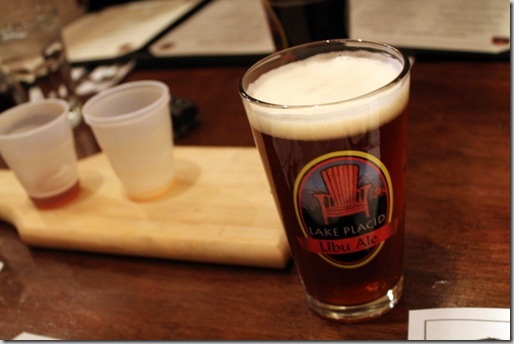 This beer was really smooth and was tasting mighty good last night. I ended up having two throughout the evening. 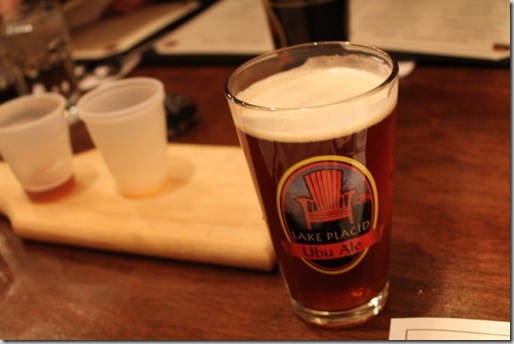 We wound up ordering a couple appetizers while we were sitting and drinking, including an order of coconut shrimp, which were awesome… 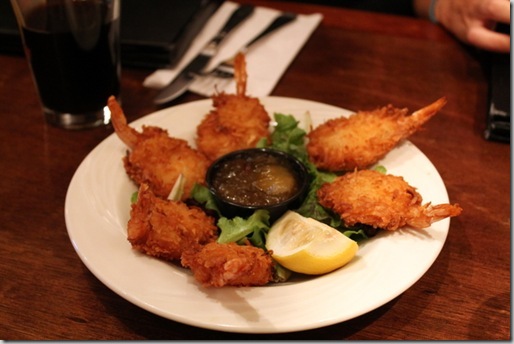 And an order of Irish Nachos. Yes, those are waffle fries, piled high with loads of gooey cheese and shredded corned beef. They were incredible, but I knew I had to take it easy since I still had a dinner coming. 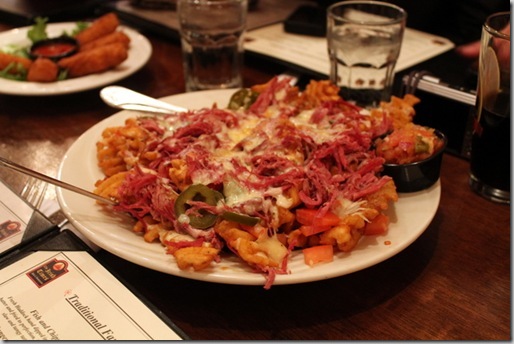 That particular dinner was their Guinness BBQ Chicken sandwich, which came with sautéed onions, cheese, Rasher bacon(?), and homemade BBQ sauce. The sandwich (which I ate with only half a bun) and the sweet tater fries were delicious. Jay and I will both definitely be back! 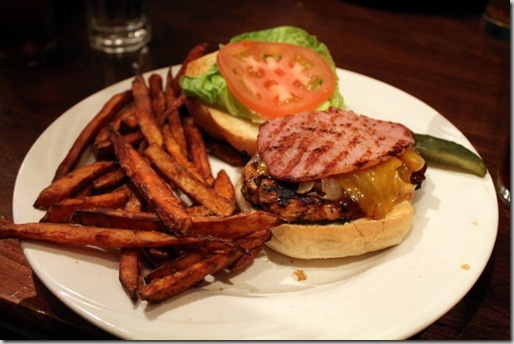 We spent a little more time sitting, chatting, and celebrating. 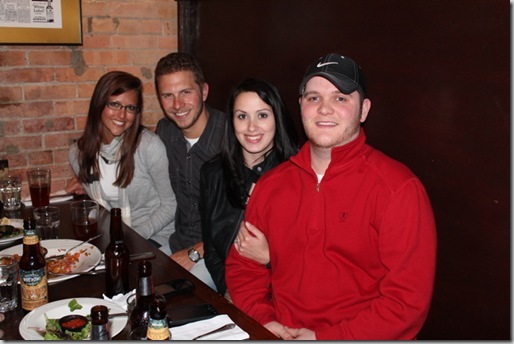 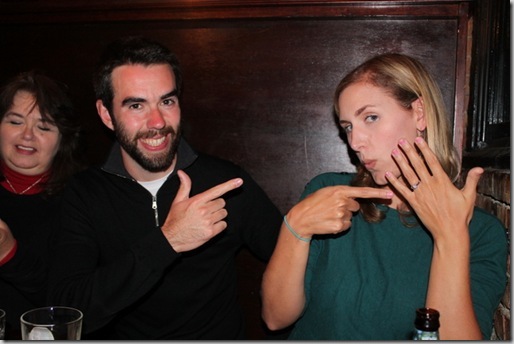 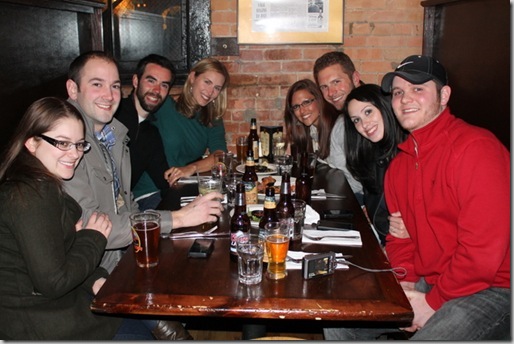 And after we left Irish Times, we even went and invaded Sarah & Jeff’s house (who had just gotten back from Mexico about an hour before that) so we could share the news with them.

It was most definitely a fun and exciting evening!

This morning, I woke up, completed my Full Body Superset Workout, and now I’m about to go get ready so we can meet up with MORE friends for brunch this morning! Talk about social butterflies, right?

« Like Warm Banana Bread
A Fun and Busy Sunday! »