Another fun-filled weekend has already come and gone…back to the work week we go! Here’s what was happening in my neck of the woods…

Did anyone else have anything fun going on this weekend?

I’d been looking forward to this meal since I went to bed last night, just for the mere fact that I knew it would involve banana bread. 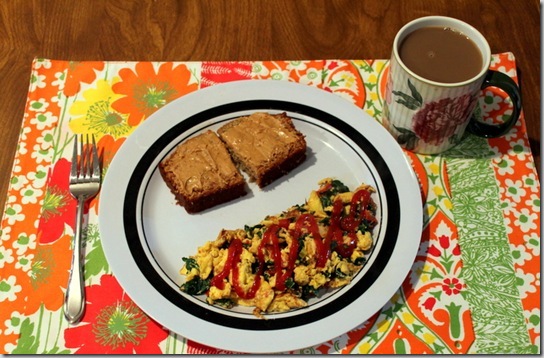 I’ve been having no problem working through this loaf, so I have a feeling that the NuNaturals baking blend was most definitely the culprit of my belly bloat before. Hey, at least I figured that one out, right?

Today’s slice got topped with some peanut butter… 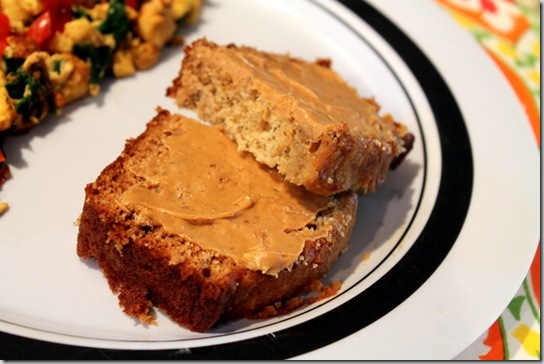 And along with that, I cooked up a veggie scramble made with fresh spinach, scallions, and tomatoes. 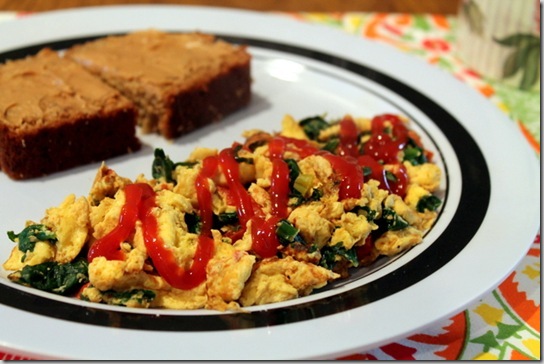 So while I was eating breakfast today, I couldn’t help but notice how “bare” my plate looked, which got me thinking a bit more about plate size. 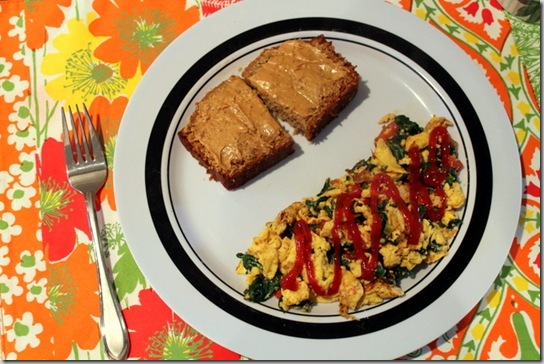 The plate I used today is much bigger than the plates I usually use for breakfast, but even though I was eating the same amount of food, it almost felt as if I was getting cheated.

Just take a look at this…the photo on the left is (obviously) today’s breakfast, and the photo on the right is of the same sized veggie scramble that I had a few weeks ago. 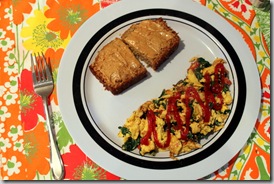 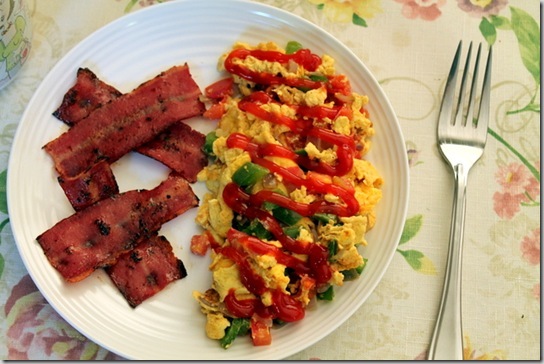 Just looking at the two, the plate on the right (for me, at least) is more visually appealing because it seems as if there’s more food. With all the empty space on the my plate this morning, it felt like I needed to add something else to “fill it in.”

I know this is something I’ve been reading about in magazines and in the news for quite some time now, but I think it’s really something worth mentioning. Because according to the Small Plate Movement,

“A person tends to over-serve onto larger plates, and because people consume an average of 92% of what they serve themselves, larger plates lead to larger food intake. A two inch difference in plate diameter — from 12" to 10" plates — would result in 22% fewer calories being served, yet it is not drastic enough to trigger a counteracting response. If a typical dinner has 800 calories, a smaller plate would lead to a weight loss of around 18 pounds per year for an average size adult.”

I could absolutely, 100% see how this would happen. It’s for this same reason that I can’t end up leaving a self-serve fro yo place without spending five or six dollars…those cups are just so darn big! 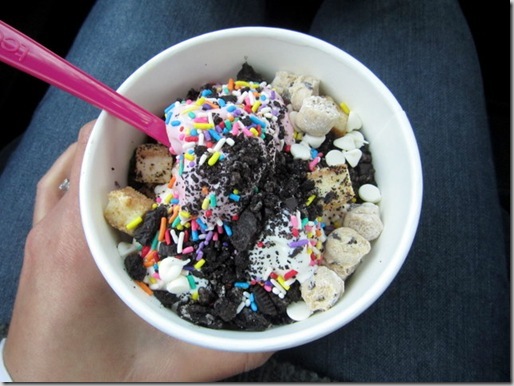 Gets me every time.

So the Small Plate Movement encourages people to use 10" diameter plates to decrease the amount of food we eat, without having an effect on our perceived fullness or satisfaction, and I totally agree with them. I try to use our smaller dinner plates as much as possible when eating because it’s just more visually satisfying.

What size dinner plates do you tend to use when eating?

Do you think it makes a difference what size plate you’re eating off of?