Happy Monday to you all! And happy last week of February at that – crazy! But hey, that just means we’re one day/week closer to spring, and I’m a-okay with that.

So how was the weekend? Do anything awesome? We had some great highlights, one of them being a double date night out on Saturday with our best buds, Joe and Kate! 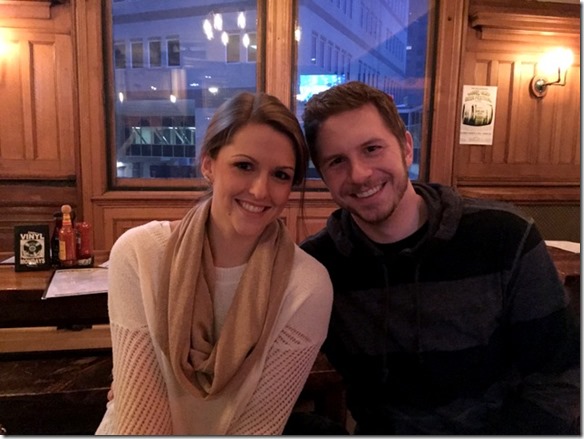 Oh, how we miss seeing them more often! 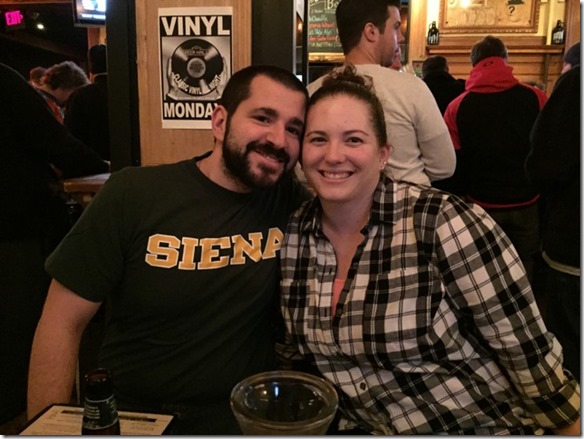 We started out night out at The City Beer Hall, which you guys have seen on here a couple of times. 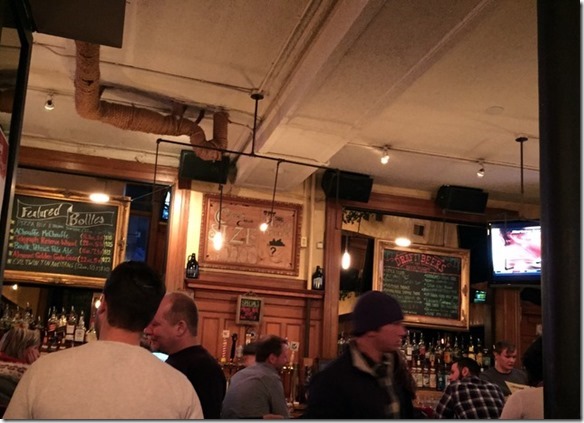 Their draft menu is always changing and I wasn’t sure what to try, but I wound up going with the Maredsous Abbey Brune and it was incredible. Somewhat of a darker ale, but with fruity notes as well. 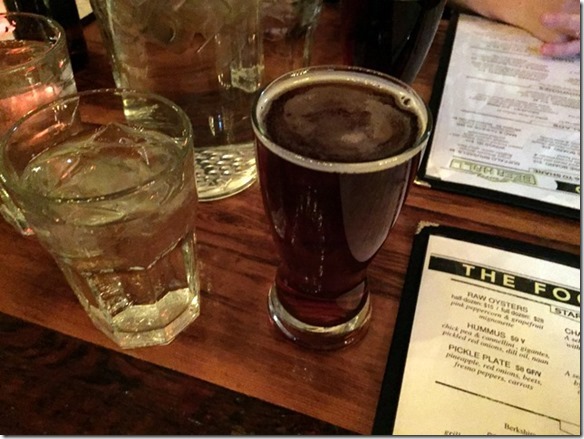 I’ll definitely be on the lookout for this again!

As per the usual drill, with our pints of beer, we got our free tickets for pizza, so we snagged a couple of them to share with the table. 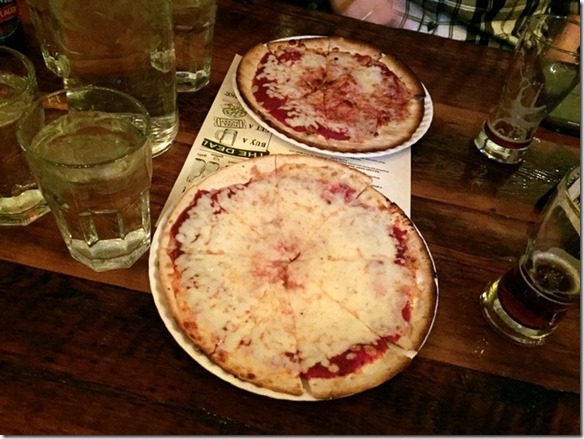 For my dinner, I ended up ordering their Quinoa and Lentil Burger which was out. of. this. world. That’s not typically something I’d order while out, but I seriously need to figure out how to recreate it now. 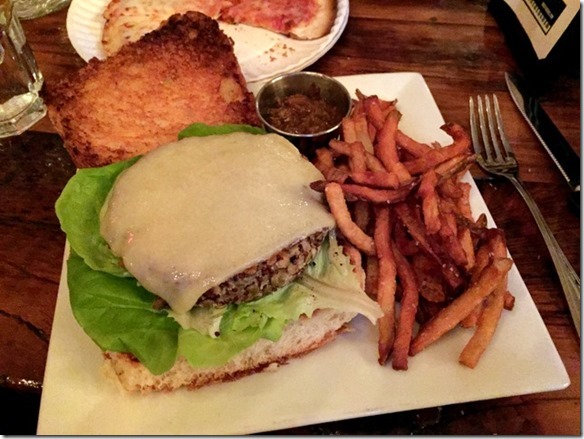 Yay for parents’ night out! 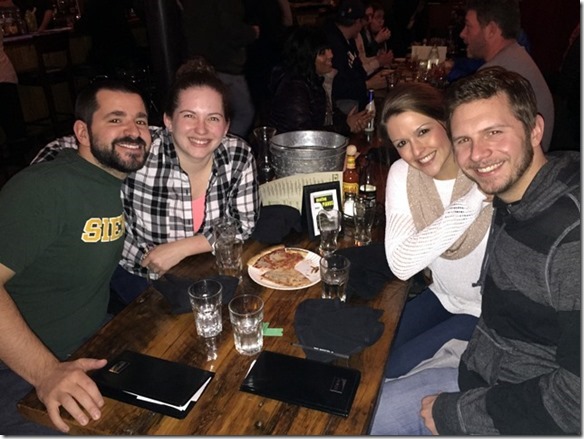 After dinner, we walked the short trip over to the Times Union Center to watch the Siena basketball game. 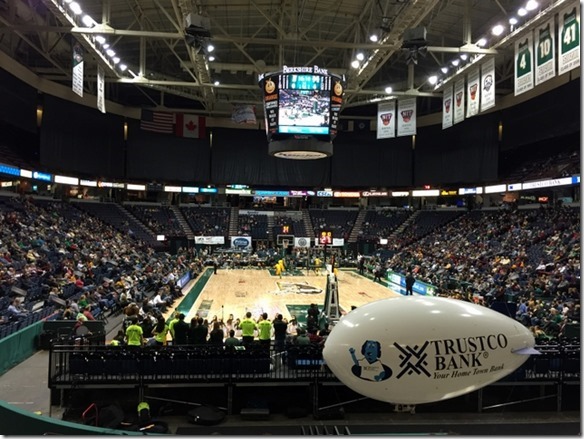 Jay and I got a 4-pack of tickets for Christmas from my in-laws, so we invited Joe and Kate along as our guests. We have a history of attending their games from way back in the day, so we figured it’d be a fun way to “rekindle” old memories. 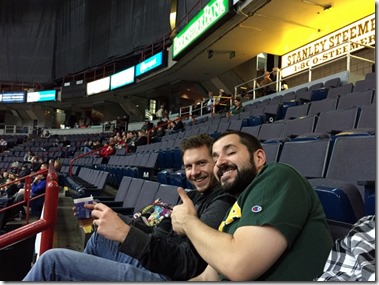 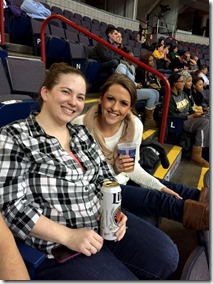 We did a pretty good job. 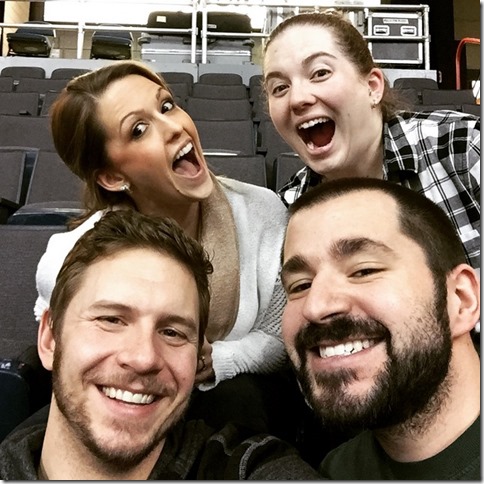 During half time, I absolutely had to go back out to one of the booths that we had passed on our way in because, seriously, they were selling cookie dough. 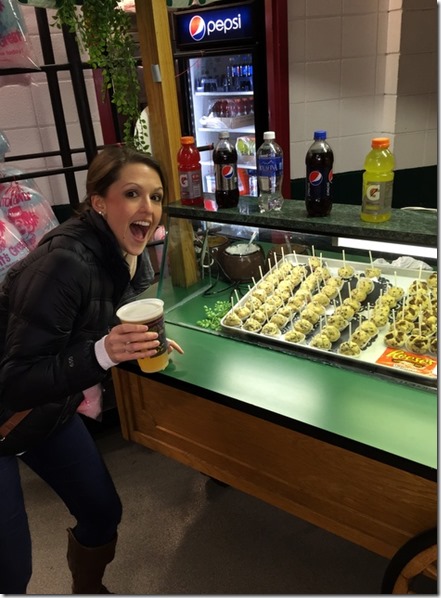 And they were the size of golf balls (or bigger) and they were insaaaaaaane. I got two because my eyes were definitely way bigger than my belly and I couldn’t finish them…that should tell you something. 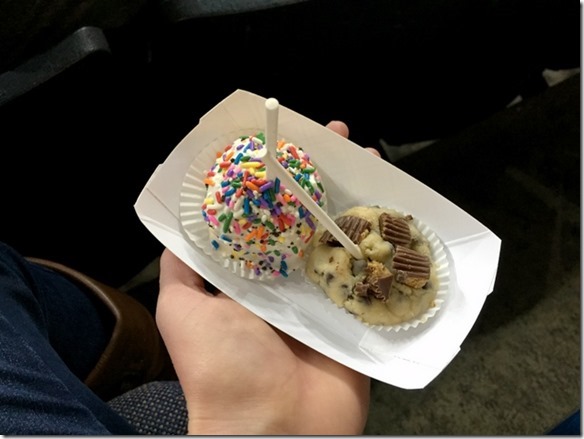 After the game, we hit up another bar next door for some fun and then we called it a night. So. Much. Fun!

Sunday consisted of some of the usual stuff around the house…hanging with the kiddo, grocery shopping, food prepping, a great workout, some blog stuff…and then once Lucas woke up from his nap, we headed over to my parents’ house.

My brother brought his puppy Binx (who is getting SO big!), but Lucas wasn’t a huge fan. 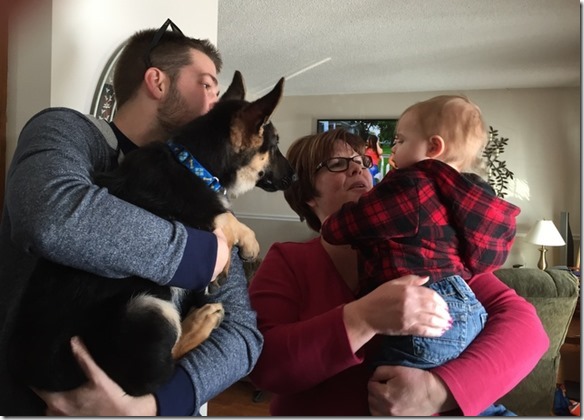 Yesterday was also a big day because the little man got his first haircut. 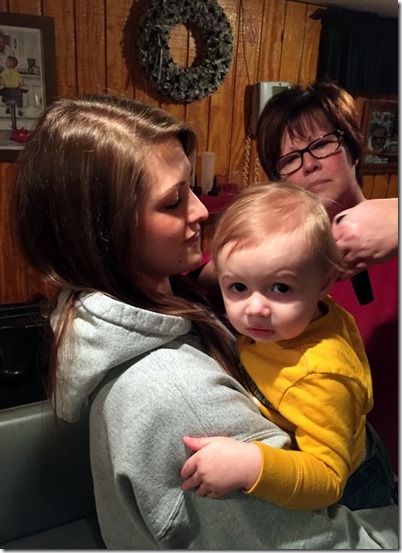 We attempted standing up and then kind of shimmied him around a bunch in my mom’s chair with me (she’s a hairdresser and has a setup in their basement) and let him watch some Big Block Singsong on the phone. 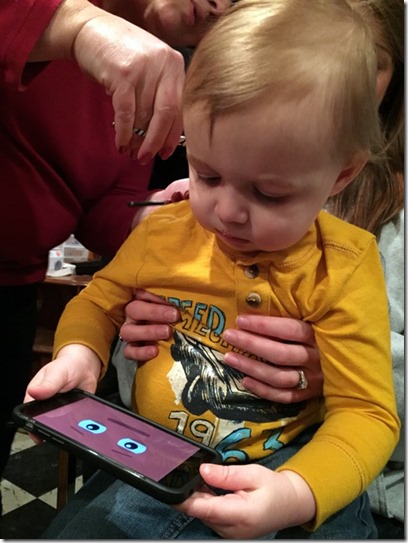 He actually did pretty well, and we were able to finish in no time! Granted, we really weren’t cutting much…the child is just starting to really grow some hair…but we cleaned up the back and around the ears a bit and it’s much better. 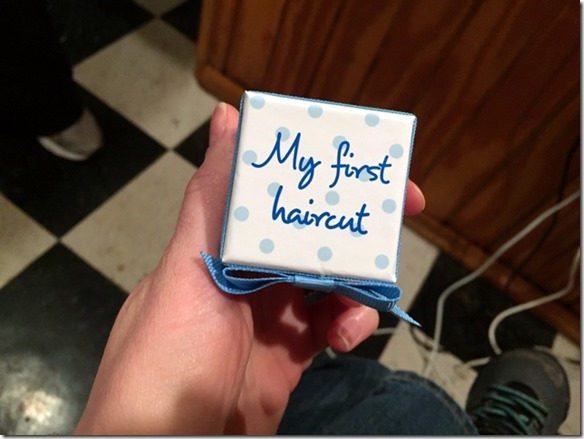 So fresh and handsome! 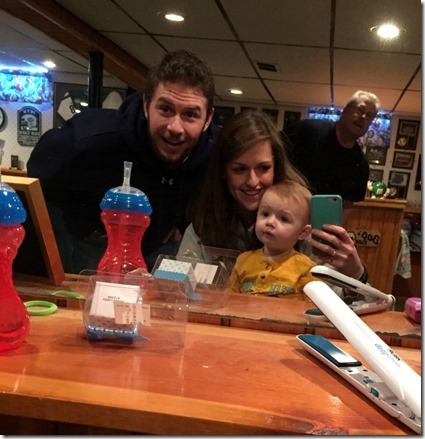 After haircuts for the boys (I’m heading back hopefully this week to get mine done) we were treated to a delicious turkey dinner, courtesy of my mama. 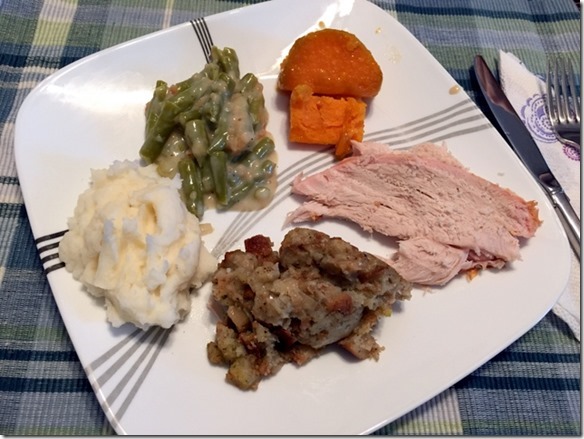 And even got dessert, too. Marble cake with chocolate filling and my all-time favorite almond buttercream frosting. 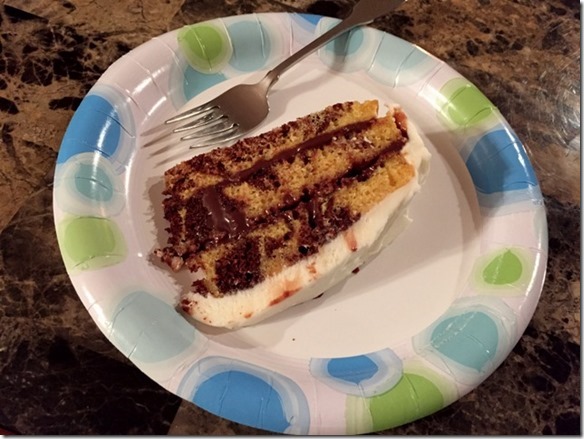 And now, I’m finishing up this post as I watch the Oscars…love me some Neil Patrick Harris! Who else was watching last night? Did anyone else watch the interview with Dakota Johnson and Melanie Griffith on the red carpet?