It’s easy to see that we’re very quickly transitioning into a fall-like routine around these parts, while simultaneously trying to grasp onto those last remaining pieces of summer.

With only a week to go before they close once again for the fall/winter season, we had to take one final (and sadly, only!) trip over to The Snowman for some ice cream on Sunday. 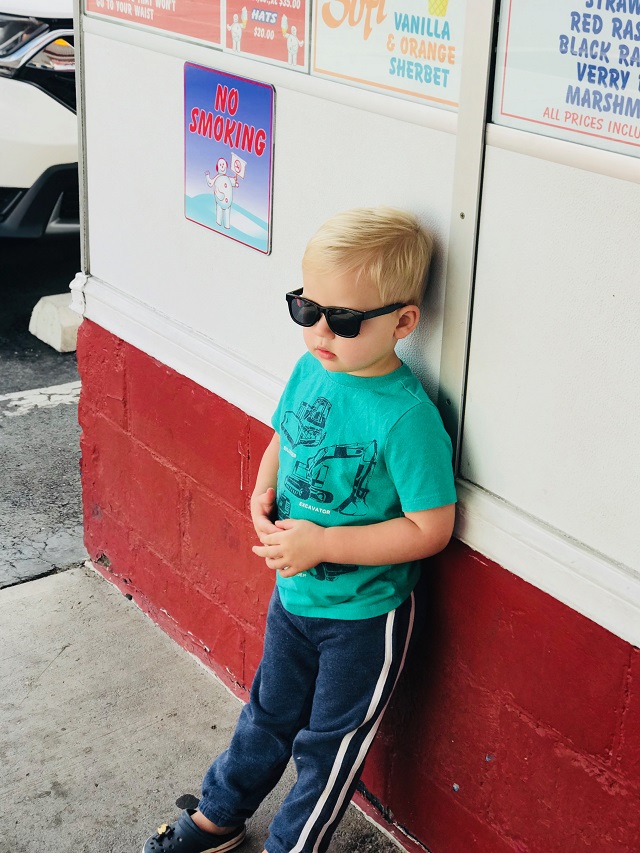 And since I had actually been chatting with my neighbor friend, Ashley, about it, we all decided to go down and meet up for an “ice cream for dinner” kinda night. 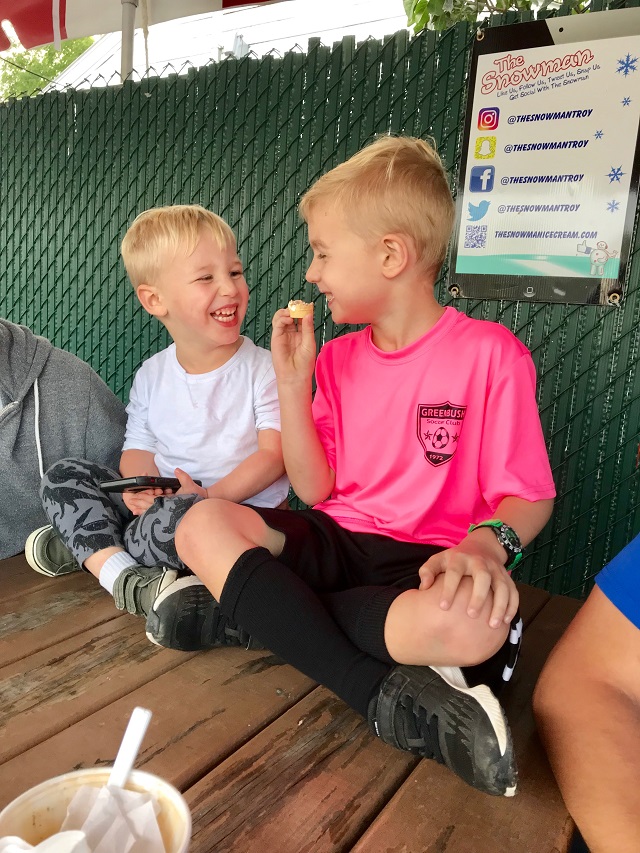 Of course, if it’s ice cream for dinner, that means go big or go home. So I closed out the season with a big caramel sundae, complete with some Salty Caramel and Oreo flavored ice cream. 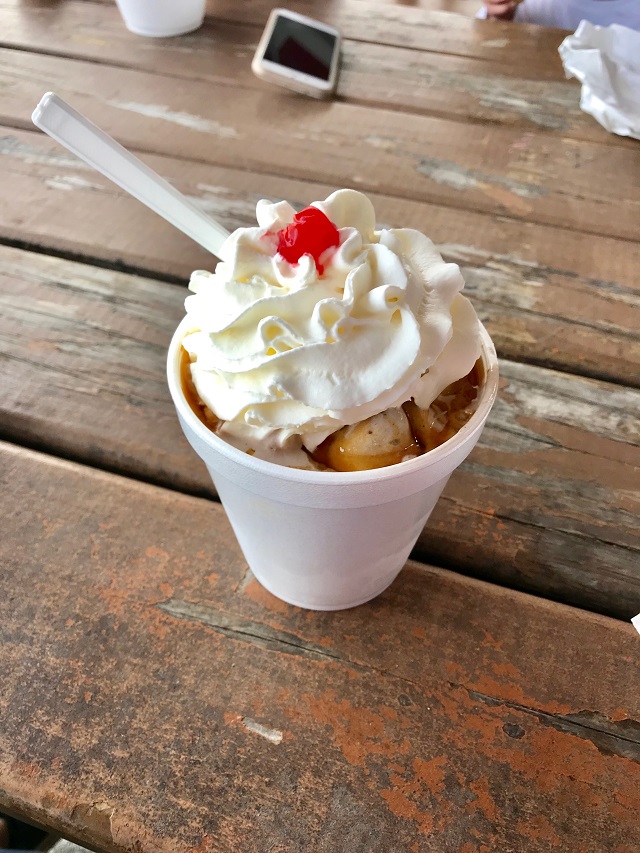 And apparently, I had treats on the brain quite a bit this weekend, because I also wound up making some of these Deep Dish Cookies for 2, topped with more ice cream, on Saturday. 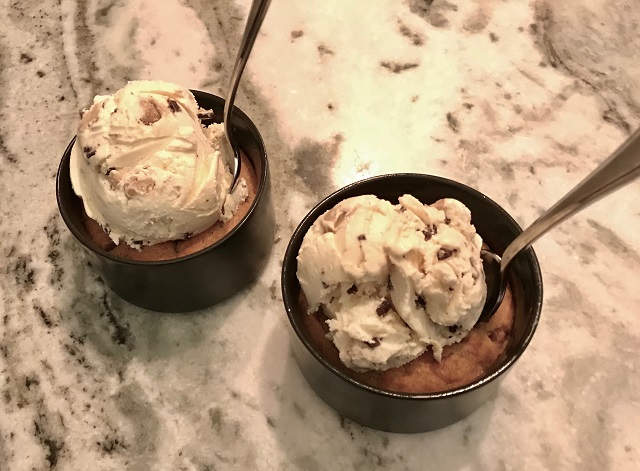 FYI: If you make that recipe linked above, definitely halve the amount of salt that’s listed. They were delicious, but a little too salty.

So the weekend wasn’t ALL about ice cream and treats – it also included plenty of time outside, too!

On Saturday, Jay started prepping our back deck to be stained; he wanted to wait about a year to stain it, and we’d been waiting for what felt like FOREVER for a stretch of 2-3 days where we were free with no guaranteed rain these past couple of months. So after seeing the weather upcoming for this past weekend, we quick picked out a stain color and made it happen.

In the midst of prepping, we also wound up having a couple of beers with our neighbors who stopped over to play. 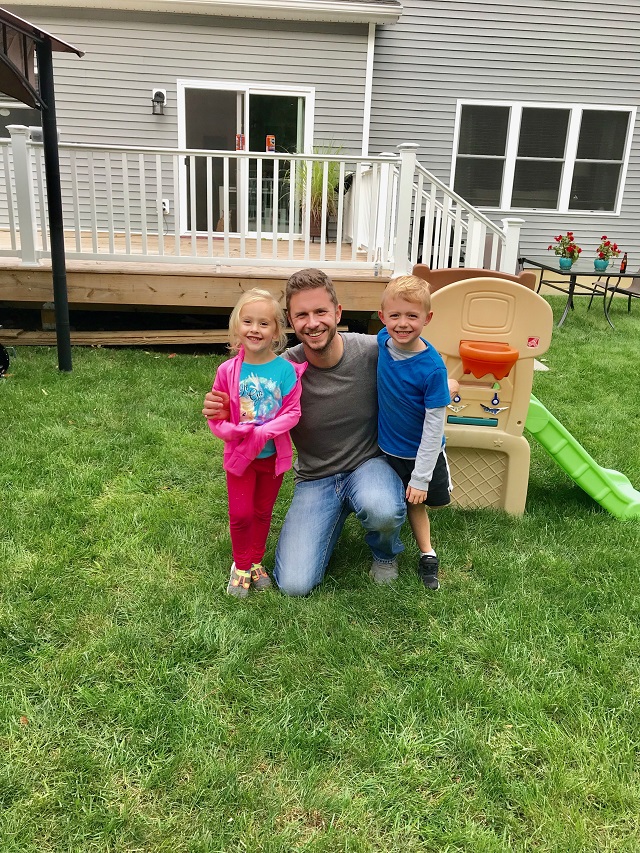 Saturday also included an early morning soccer game for Lucas, which was actually rather chilly. The ladies’ man didn’t seem bothered by it whatsoever. 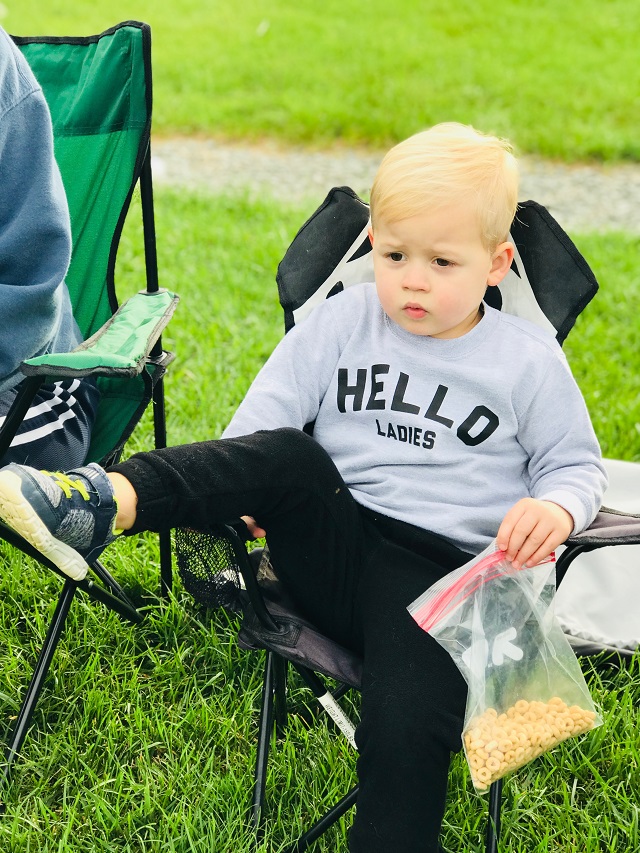 After his game, we stopped to pick up some mums and pumpkins to spruce up the front of the house. 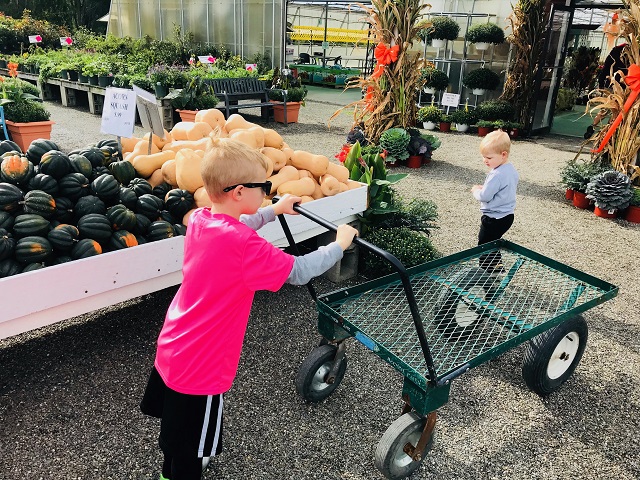 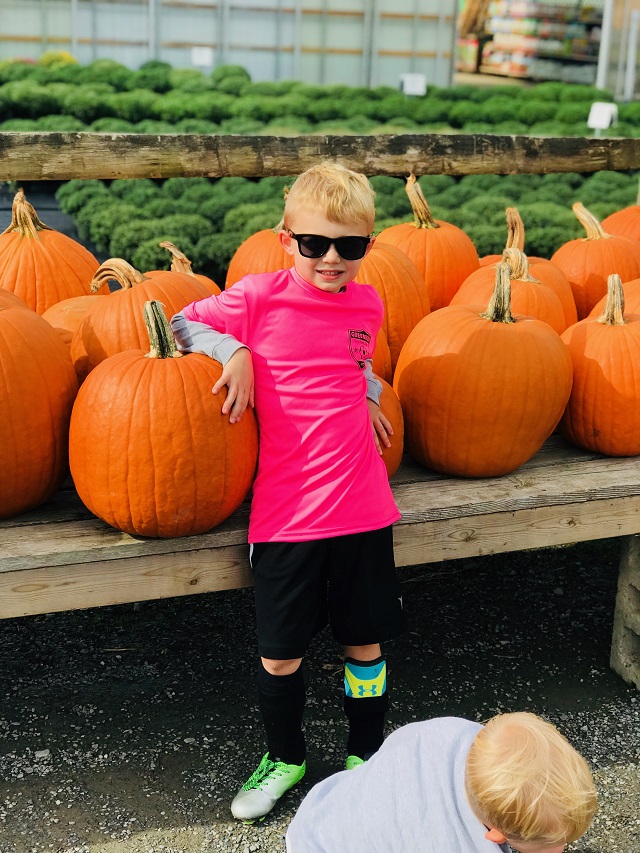 And also made a quick trip to Michael’s to grab a couple more galvanized metal buckets to use as planters for the mums. 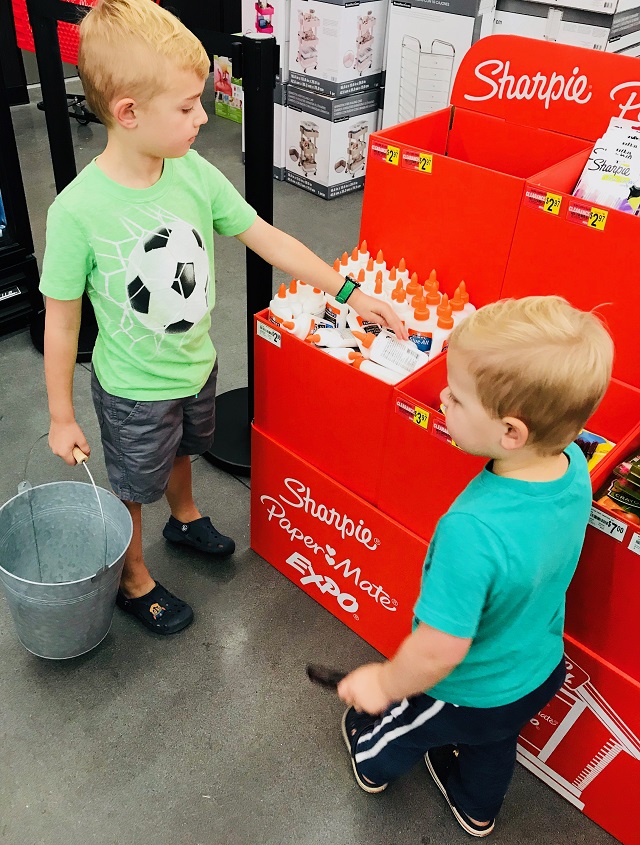 They’re always on sale, which is awesome, and I just had Jay drill a few holes in the bottom of them to allow for the water to escape.

We worked on things in the front through Saturday and Sunday, and I even had Lucas as my helper for a little bit. 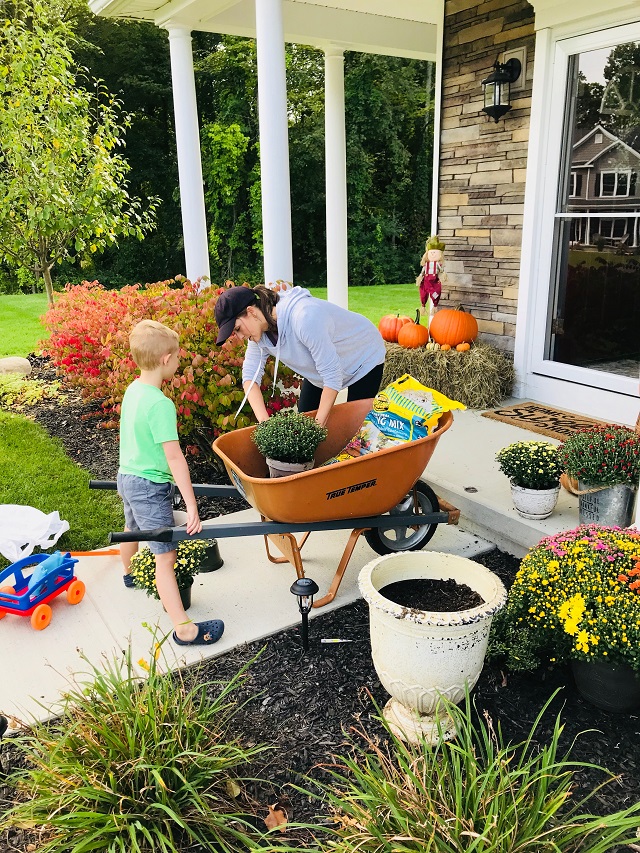 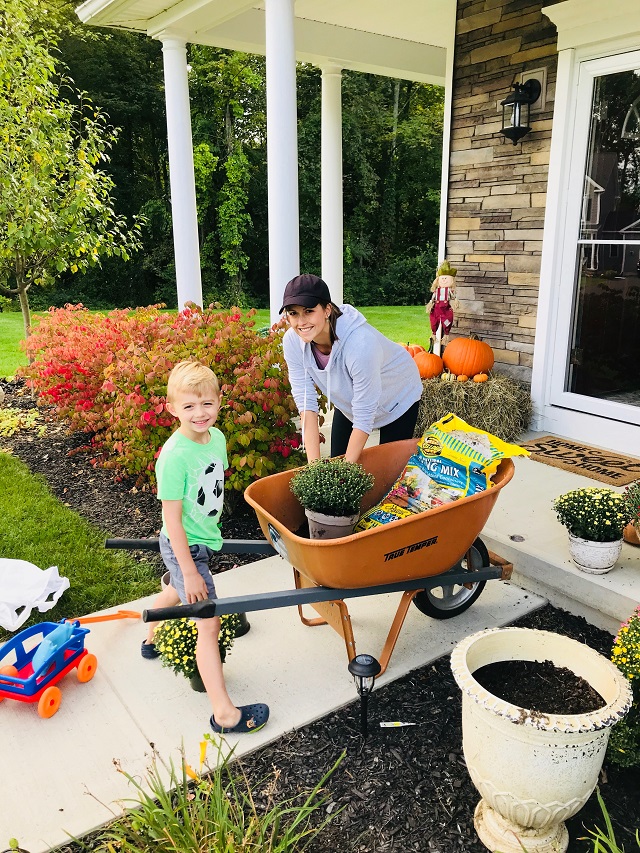 By the end of the weekend, we were looking more than ready for fall! Although I will say, I think those little peeping faces are my favorite part of all. <3 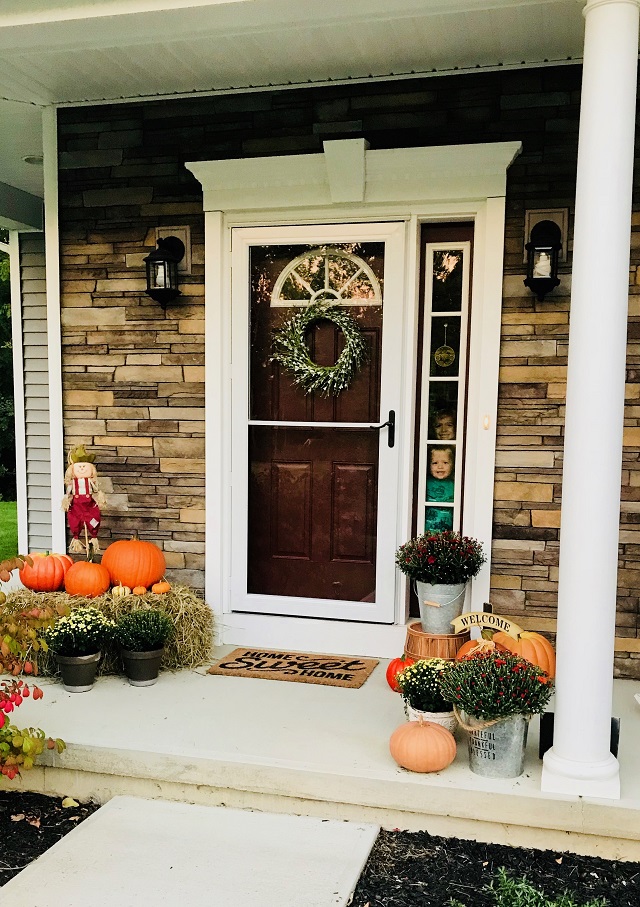 And we had a stained deck, to boot. 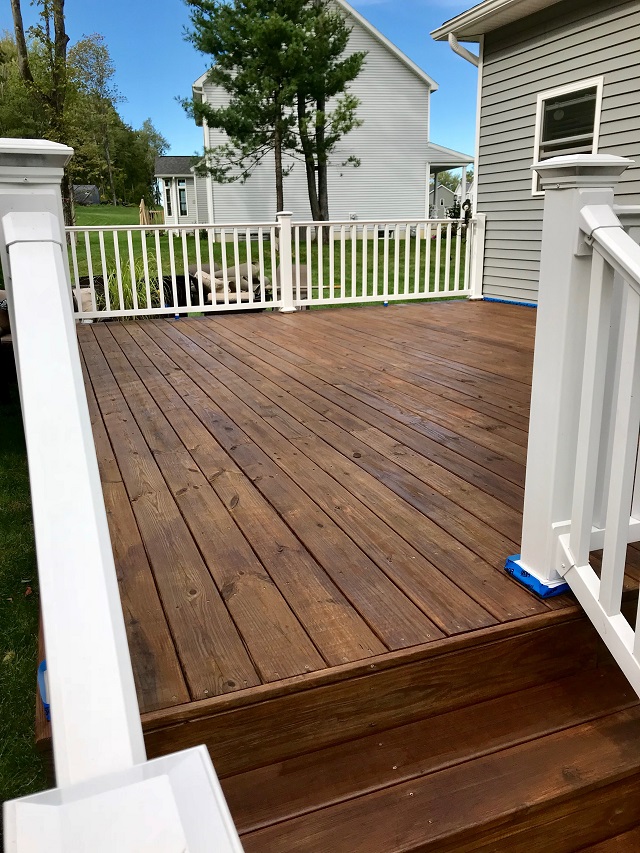