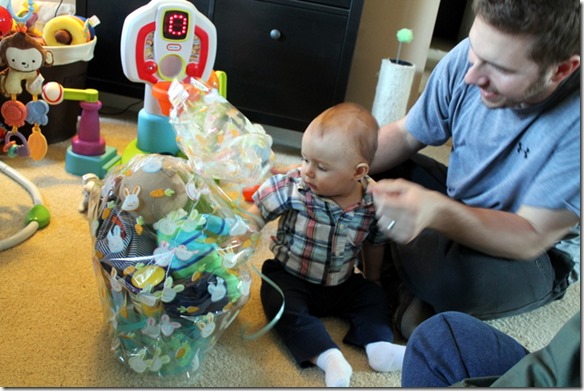 The Easter fun started on Saturday, when my in-laws came over to drop off our Easter baskets a bit early. Lucas got spoiled with all sorts of goodies but was probably the most excited about the canister of puffs that was hiding in there. 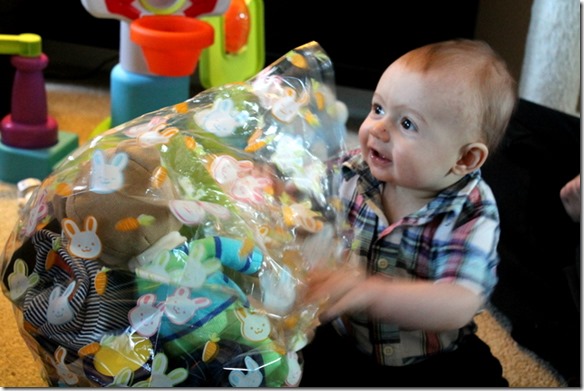 Of course he’d get most excited about the food. Just like his mama. ;)

I had gone grocery shopping that afternoon and while I was there, came across an idea to make steak sandwiches for dinner using thicker sliced meat from the deli. 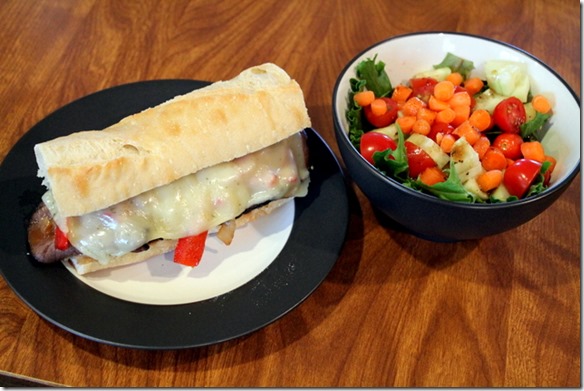 So I bought a French baguette, some of the thick-sliced deli meat (it was an eye round roast, I believe?), and a few slices of this roasted garlic cheddar cheese(!!!). It was ridiculously easy to put together too…we sauteed up a pepper and some onion, and once they were about done, we threw the meat in the pan for a couple minutes. 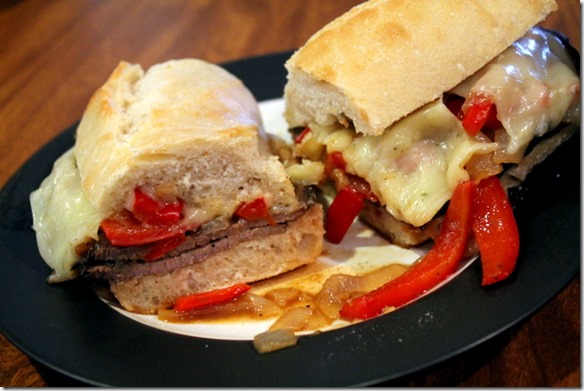 After that we layered it on the cut baguettes, topped with cheese, and popped ’em under the broiler to let the cheese melt. Totally delicious. And I totally won “Best Wife Award” in Jay’s eyes with that meal.

Later that evening once the babe went to bed, we had an almost 4-hour marathon of Downton Abbey (I. can’t. stop.) and I put together Lucas’s Easter basket, 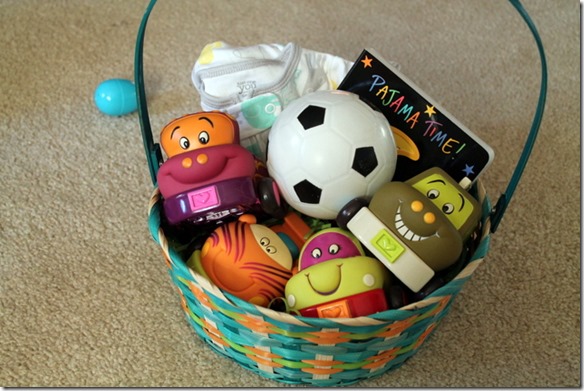 while snacking on some Easter candy. Ummm, Twix eggs? 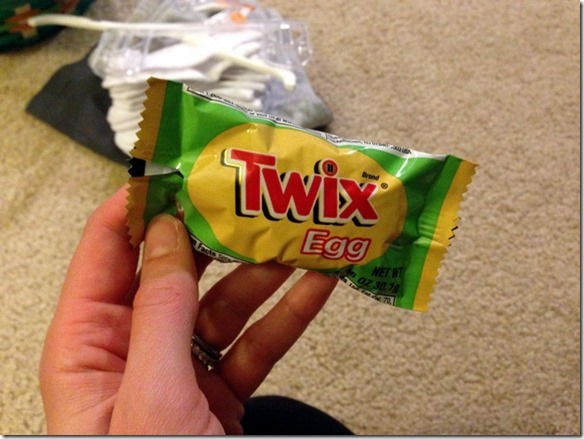 Easter morning started a bit early…I’d say Lucas was excited for the Easter bunny, but he was really just hungry with a poopy diaper. Totally making me wish we hadn’t quite stayed up as late as we did! I decided to have some fun and put together a mini “Easter egg hunt” for him (aka, tossed some eggs in plain sight on his toys). 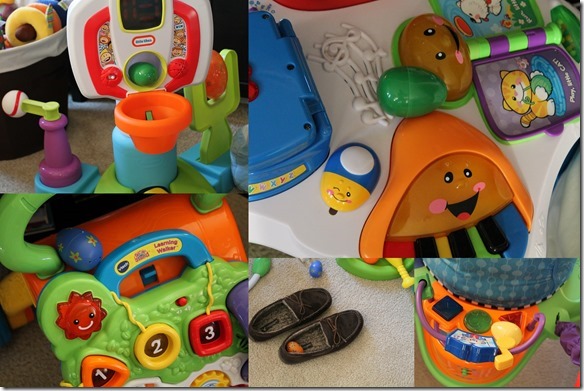 He managed to find all of them eventually, so I’d say it was a success. :)

Lucas went down for his morning lap a little while later, I squeezed in a workout (another off the Nike Training Club app…I did one on Saturday too with a 3.2 mile run and whew, they are awesome!), then we got ready and were out the door for brunch at Jay’s aunt’s house. 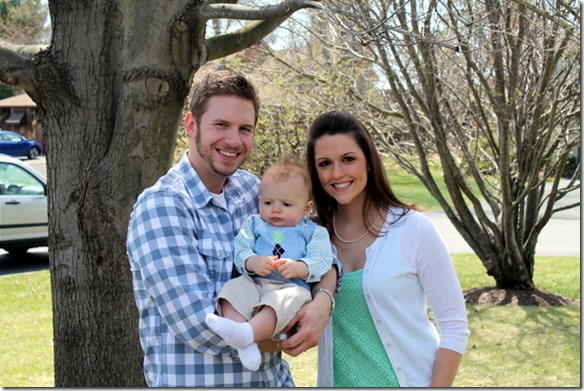 I honestly don’t think that the weather could have gotten any nicer yesterday. It was just beautiful! And probably one of the nicest Easter’s we’ve had in a long time. 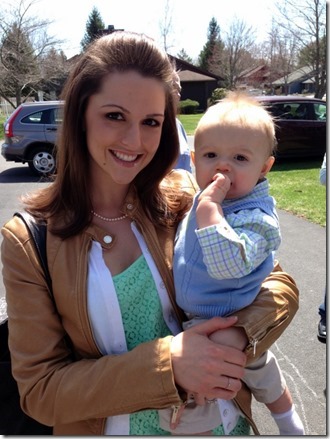 Brunch was totally delicious. We started out with homemade peach margaritas (SO good), and then dug straight into the food. 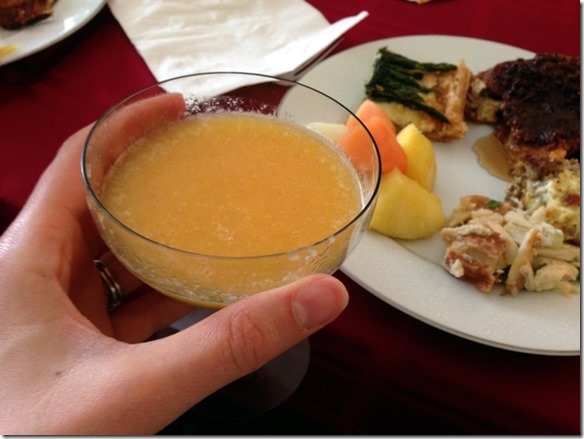 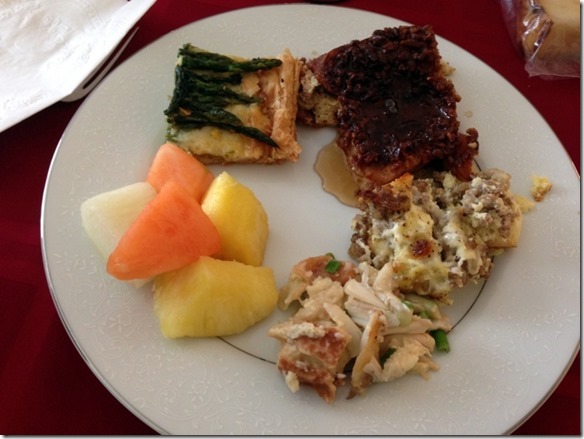 As for my contribution, I made my first-ever attempt at lemon bars and I must say…I don’t know why I’ve never made them before. Man, they’re good. And easy! 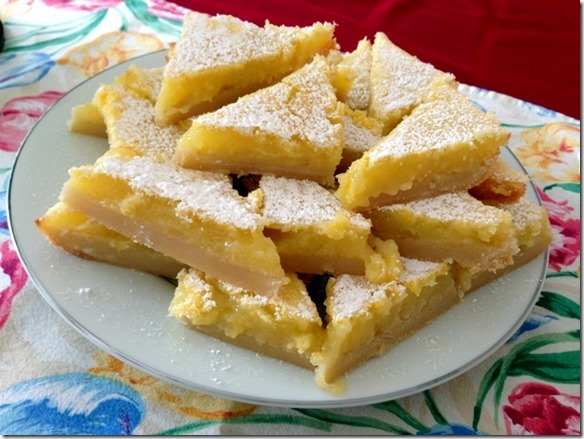 I wound up slightly altering a recipe I found online, so if you guys are interested, I’d be happy to share. Just be warned…they’re not healthy (unless you count using lemons as healthy, which I can roll with). ;)

A couple of hours later we left his Aunt’s house and headed over to my parents’ house for dinner. Lucas napped for a little while and by the time he woke up, everyone was itching to get their hands on him. 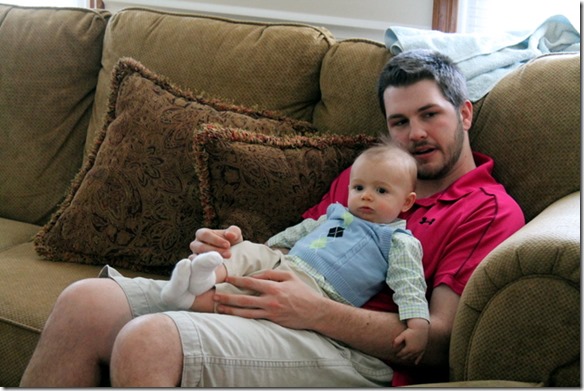 He even got a fun new swing from grandma and papa, which he really seemed to enjoy. I’ve gotta get my hands on one of these for home. 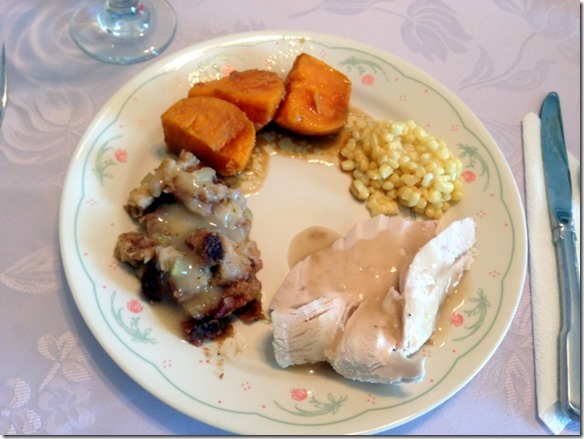 I wanted to go back for seconds so badly, but we had only eaten brunch about 3 hours before and I was still full from that. Oooof.

BUT…not too full for some dessert a little while later. 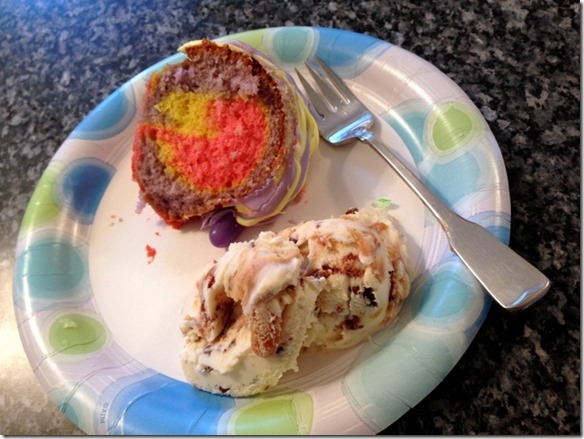 (Props to my mom on the super cute, swirly cake – I was impressed!)

Apparently, the dessert was a bit too much for the boys and put them over the edge… 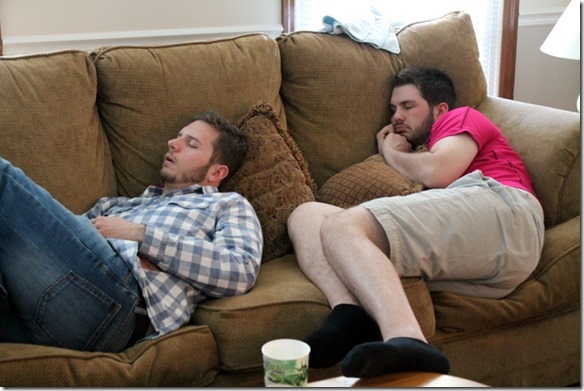 If only they had been cuddling. That would have been one to frame. ;)

And that, my friends, was our Easter weekend in a nutshell! Lots of good food and fun with family.

I hope everyone else’s weekend (whether you celebrated Easter or not) was the same, and here’s to hoping for a good week ahead for all of us!

« Getting My (Stitch) Fix On
Easy Lemon Bars »