Howdy friends! How’s your Sunday been??

Mine has definitely been busy, but productive for sure. Luckily, I was able to find about 45 minutes to squeeze in a workout, so I actually decided to do a modified version of the 5-4-3-2-1 Treadmill Routine that I was loving last week. It went a little somethin’ like this:

This routine was awesome and covered somewhere around 4.25 miles. It’s a keeper! ;)

Later this afternoon, after finishing up the birthday cupcakes, we headed on over to my parents house for dinner. We arrived a little bit early, so we all sat around and chatted for a bit while enjoying a couple drinks. 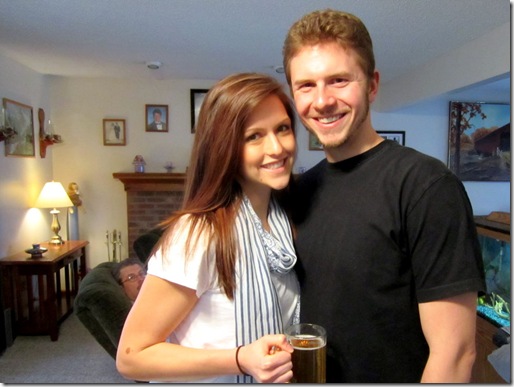 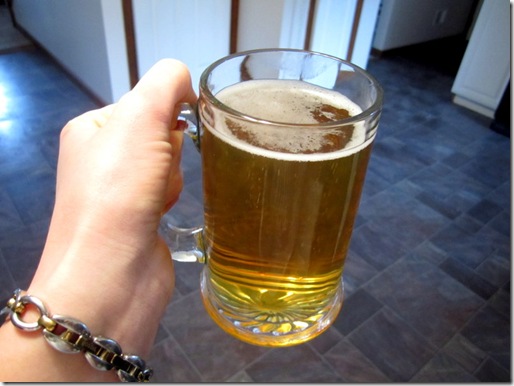 Jay and I actually didn’t end up having any of our beer last night, so we brought it over to enjoy today. It was really good. Jay obviously thought so…he had already had a couple by this time. 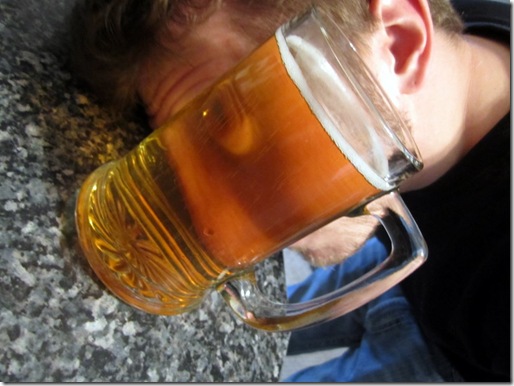 What a goof ball!

It’s always so nice to spend some extra quality time with mom and dad. 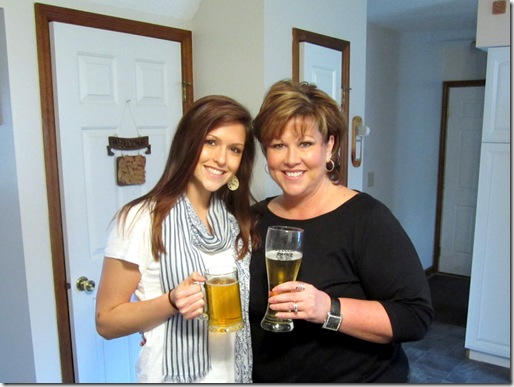 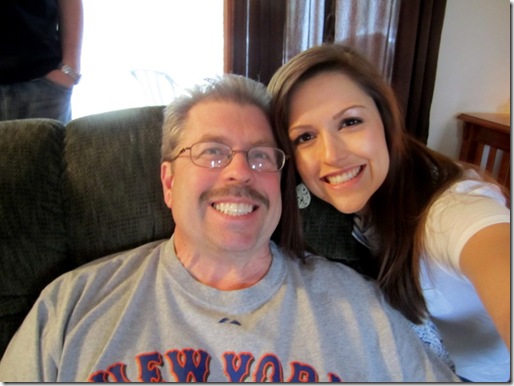 Eventually, it was time for some dinnahhh, and I was quite excited to see that mom had made her pasta salad. Yummm. 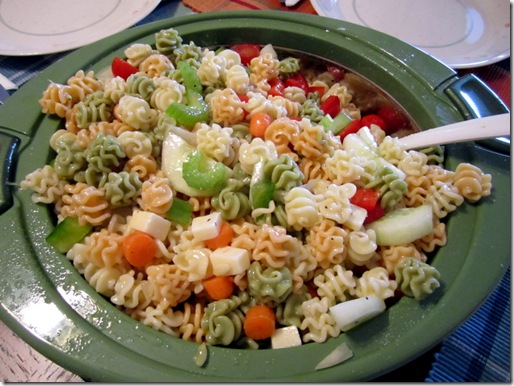 Mom and Dad also fired up the grill with some burgers and dogs. 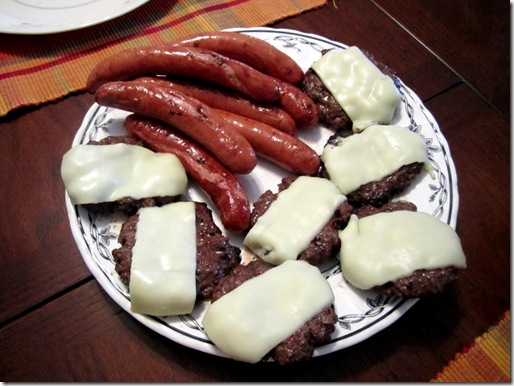 After seeing that they were Helmbold’s hot dogs (my favorite hot dog ever) I decided to go with one of those. 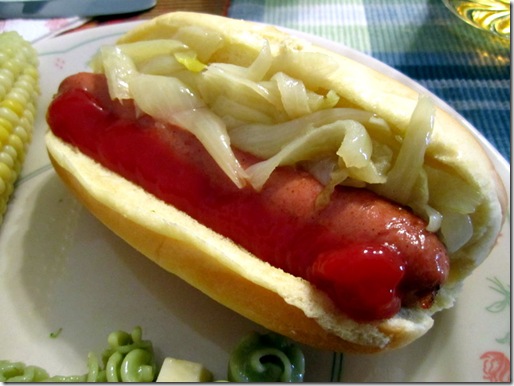 Along with my hot dog, which was topped with lots of caramelized onions, I had a generous helping of pasta salad and some corn on the cob. 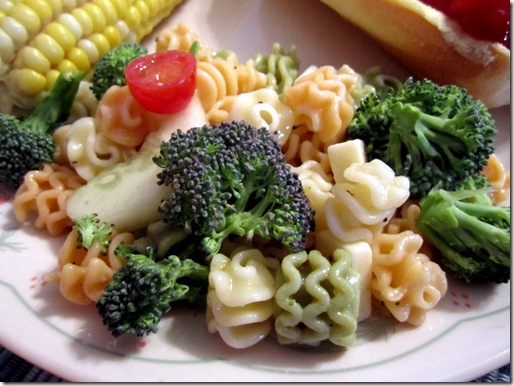 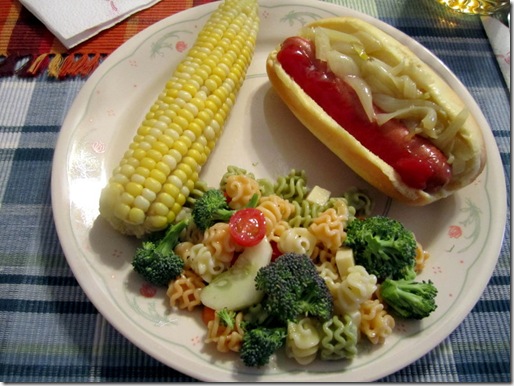 I also ended up having some fresh fruit salad once I made a little room on my plate. 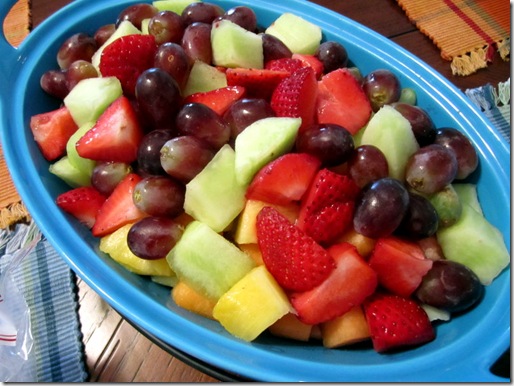 A little while after dinner, it was time for the birthday girl to have some cupcakes. Eighty-seven years young… 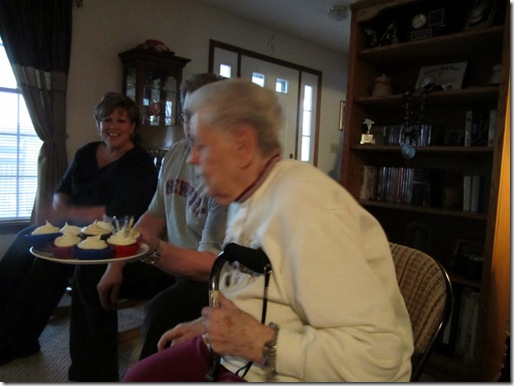 I’m pretty sure the cupcakes were a hit. 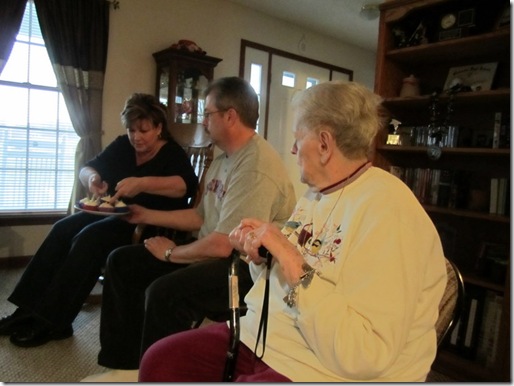 If my brother ate one, and enjoyed it, then I know they must be good…he’s not one for sweets. But he is a super cheese-ball. 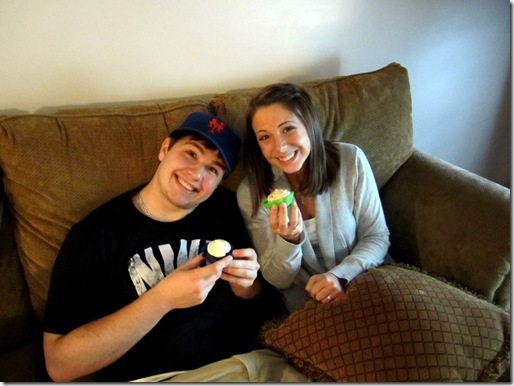 I actually ended up experimenting with two different kinds of frosting, so I’ll be sure to share those with you all ASAP. I will tell you, however, that judging by my taste-testing this afternoon, they were both equally delicious. 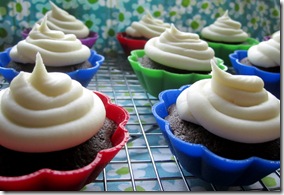 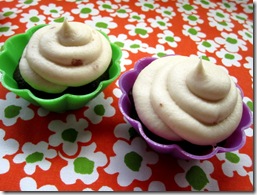 But for now, they’ll have to wait, because I’ve got some work to do. There’s things to get ready for a fun giveaway tomorrow!

Hope you all had a great weekend!

« It Never Gets Old
A Monumental Blogiversary Giveaway »