…we spent the weekend at home once again. 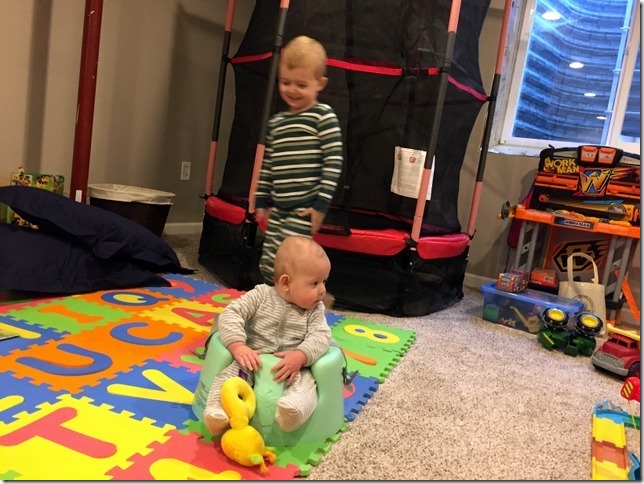 Don’t get me wrong…I LOVE our family time at home on the weekends. It’s nice sometimes to just veg out! But I’ve actually found myself having a bit of an internal struggle lately. My social media feeds are flooded daily with people out apple picking carving pumpkins, doing the hayrides, and all that jazz. And there’s a big part of me that also wants to be out doing those things, too. But then there’s also an even bigger part of me that is still trying to adjust to life with two kids and managing getting out in public.

And when it comes down to trying to figure out all of the logistics of getting out without a cranky toddler or overtired/hungry/fussy infant, and squeezing in a shower/getting ready after sleeping however late I possibly can, I’m sorta like, nahhhh I’m good at home in my PJ’s.

I wish it were easy for me; I wish I felt more comfortable attempting more outings with all of us in tow. But we’re still a work in progress over here. 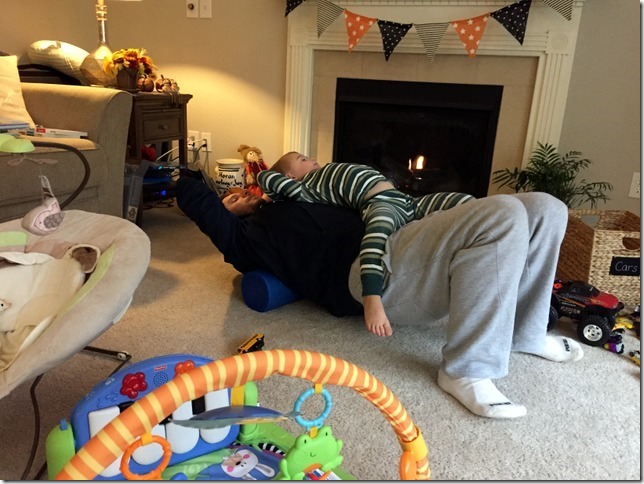 Saturday spent entirely in PJ’s by everyone and Lucas helping out daddy with rolling his back.

Funny thing is? We actually DID plan on getting out this weekend! We were going to brave it and were supposed to meet up with friends of ours for brunch on Sunday but, unfortunately, Lucas came down with a bit of a cold and wasn’t quite himself. 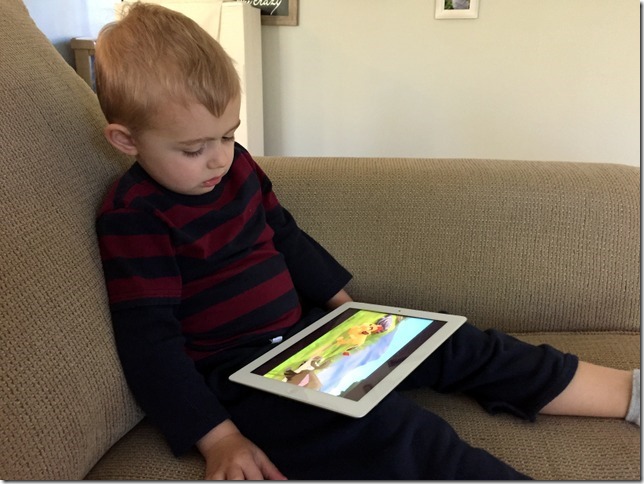 Since he was up a bit the night before and we didn’t want to risk anyone getting sick, we decided to cancel (so, so sorry, Joe and Kate…).

Instead, our Sunday was spent very similar to Saturday. At home, but we actually all got dressed and showered.

We watched some football (GO JETS!). 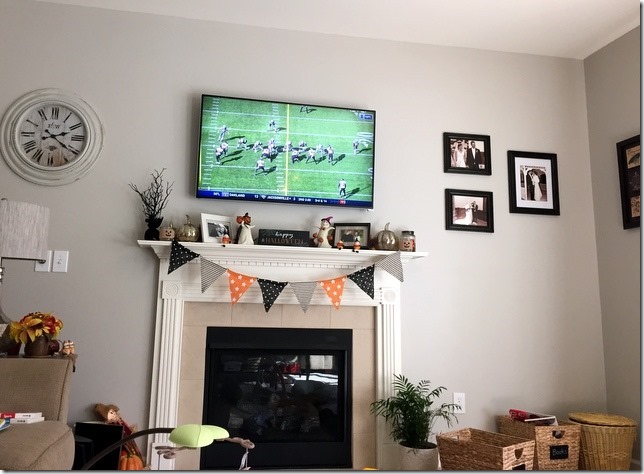 I baked some cookies (for a recipe headed your way later this week!) 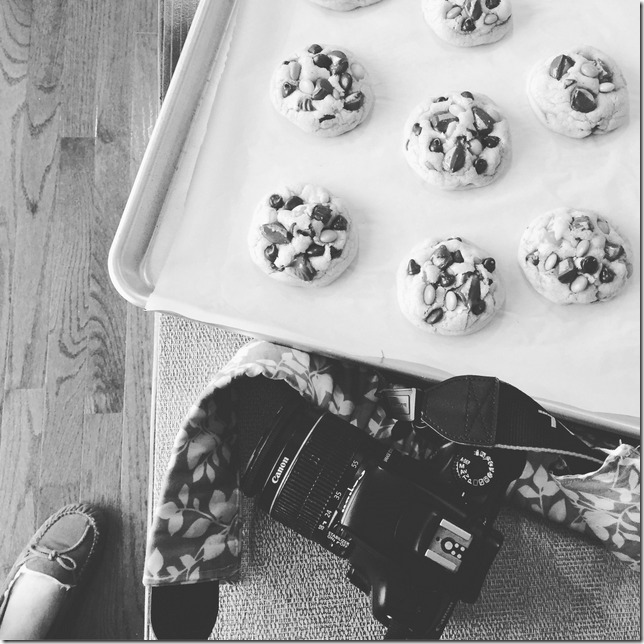 We rocked some tummy time. 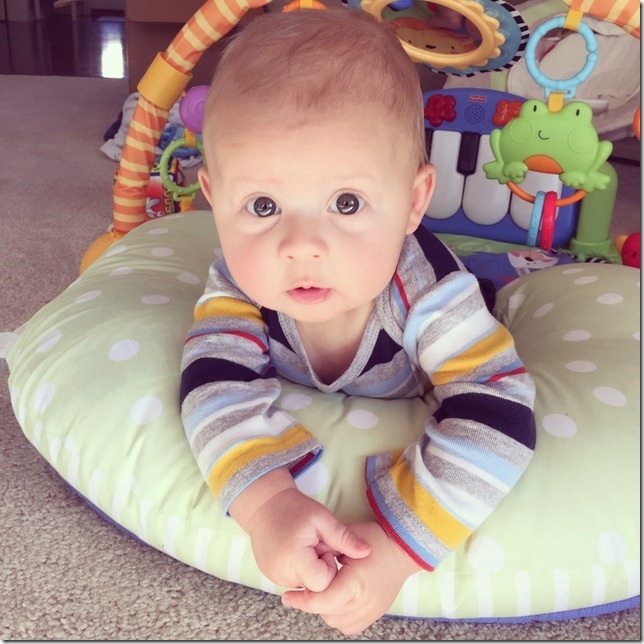 I got a workout in and even had my little workout buddy attempt to join me (he lasted for all of about 2 minutes before the coughing started up). 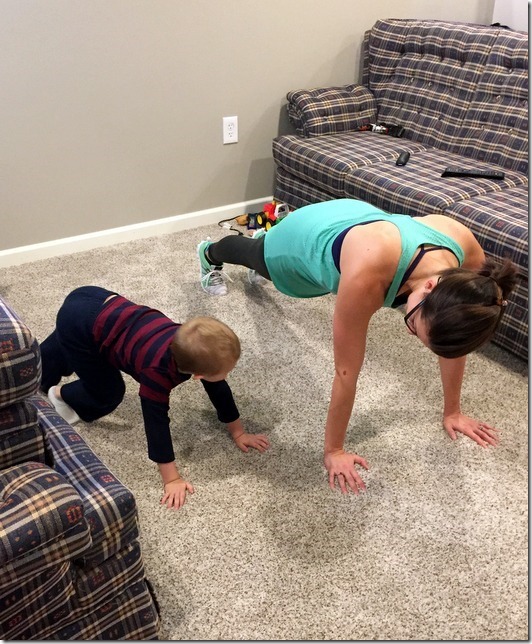 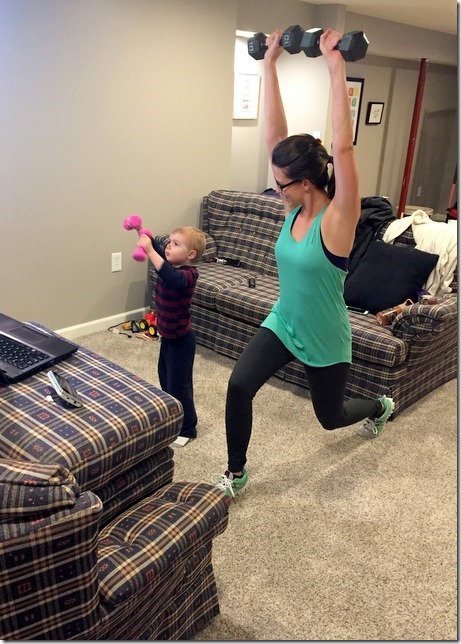 We went out to get some fresh air on a crisp and very windy day (so much for raking leaves!). 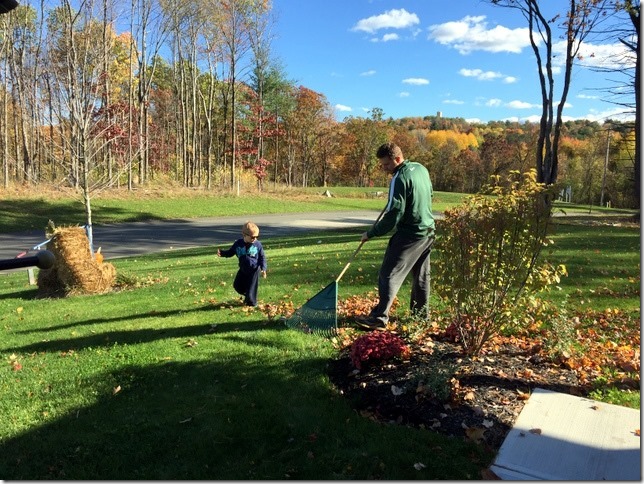 Some of us got more bundled up than others. 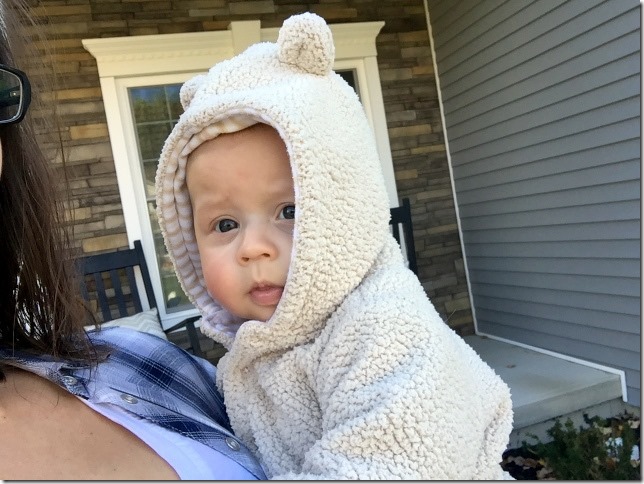 And some of us got put to work. 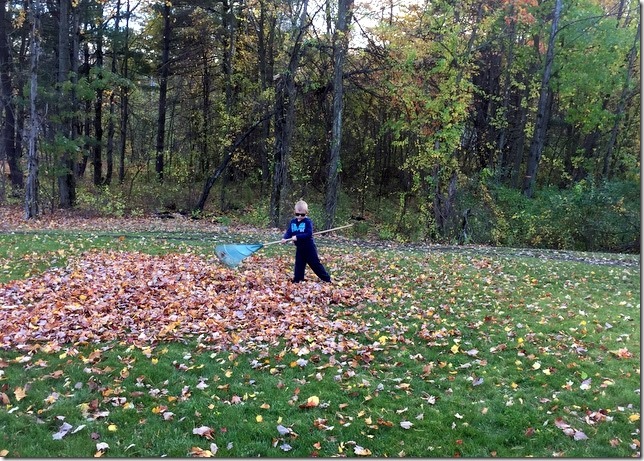 We had easy leftovers for dinner after the kiddos were in bed for the night, and now that I’ve typed up this post, it’s about time to go grab my nightly bowl of ice cream before hitting the hay.

And hey, maybe next weekend we’ll actually get out of the house??

Anyone else out there have a hard time seeing everything all over social media and the pressure to be doing the same?