Well that was a nice little weekend! Nothing overly exciting, but we got out of the house, had plenty of laughs, and got some special family time in, too.

Come Saturday morning, I had the itch to just get OUT of the house with the boys. Jay had to work for a few hours, so I decided to bring them both down to the Children’s Museum to run around and explore. 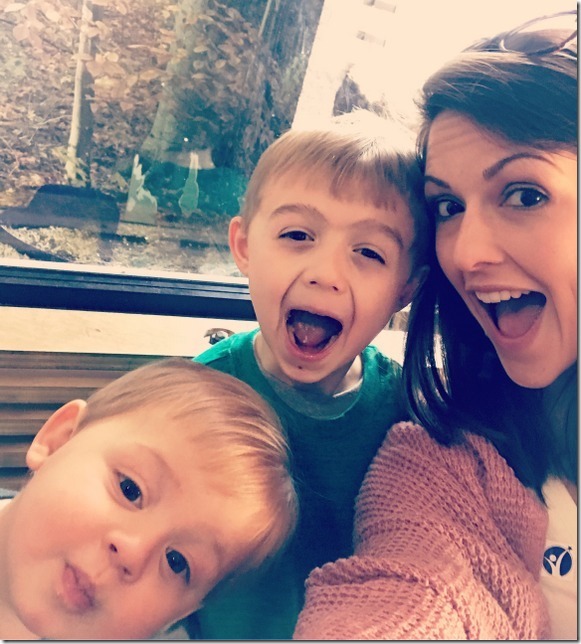 Honestly, we really need to go to the museum more often, considering it’s less than a five minute drive from our house and they both really do have such a good time there. 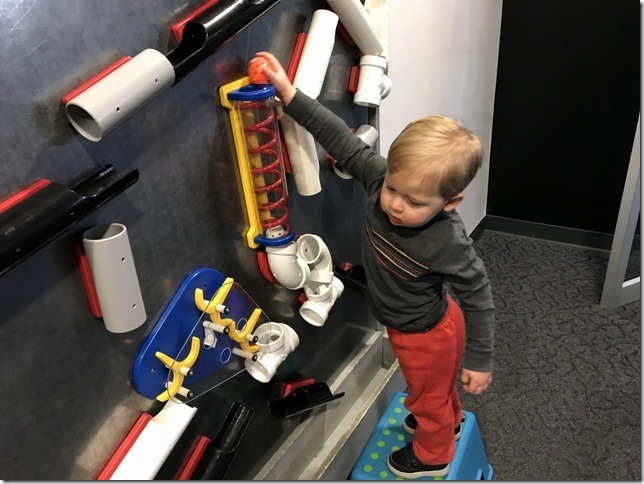 Alex is finally getting to the point where he can actually do some stuff too, and even if he doesn’t know what he’s doing, he just follows big brother’s lead. 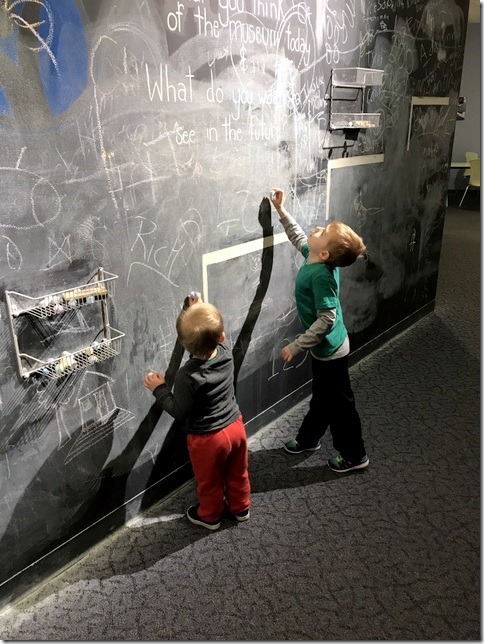 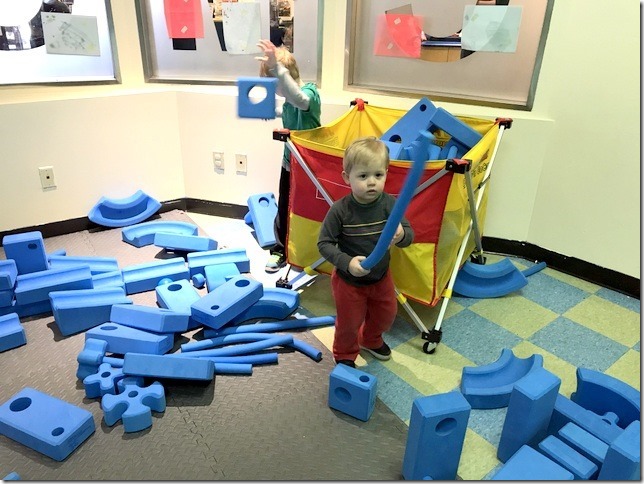 After hanging for a while at the museum, the boys were getting hungry, and since they were doing so well I decided to bring them out for some lunch at McDonald’s. 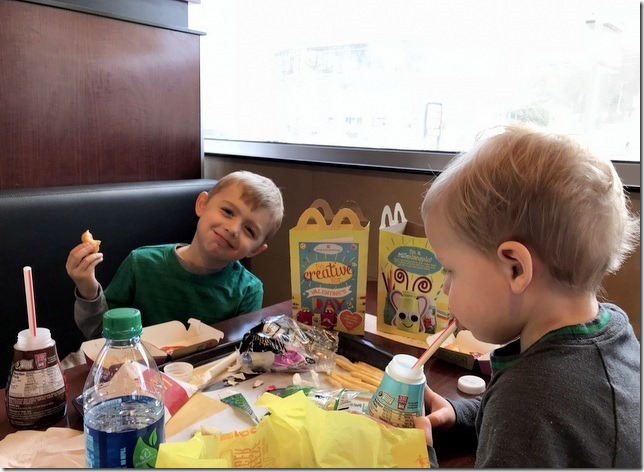 World’s okay-est mom right there. But hey, whatever. The kid loves his McDonald’s chicken nuggets, fries, and apple slices, so it’s a nice treat for every now and then.

Speaking of treats, I also grabbed a little something for myself and Jay from Dunkin’ on the way home. 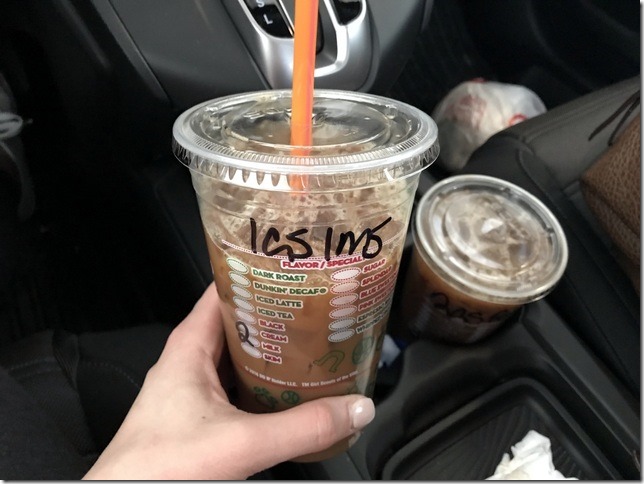 By the way, I’ve only tried the thin mint flavor for the new girl scout flavored syrups at DD’s, and I wasn’t crazy about it. I actually have no desire to try the others either – even if Samoas are my absolute FAVORITE girl scout cookie – because putting coconut flavor in my coffee makes me feel like I’m drinking suntan lotion (is that weird?) and peanut butter coffee just doesn’t sound appealing. I’m just keeping my fingers crossed that they come back with COOKIE DOUGH next (pleeeeeeease, Dunkin, pleeeeease!).

The rest of Saturday was pretty uneventful, besides a trip to the grocery store, but it was one of those nights where everything just really seemed to jive. You know what I mean? Kids sat and ate dinner, they actually got along without constant yelling, and we all just had a GOOD time. We definitely put them to bed that night feeling extra thankful for such a good day <3 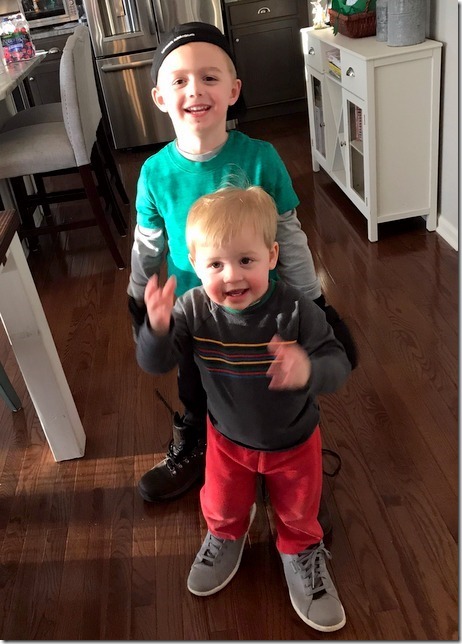 Sunday got off to a lazy start with some coffee, breakfast (if you watched my Instagram stories, you know what’s up!), and just about any game Lucas could think to ask to play. 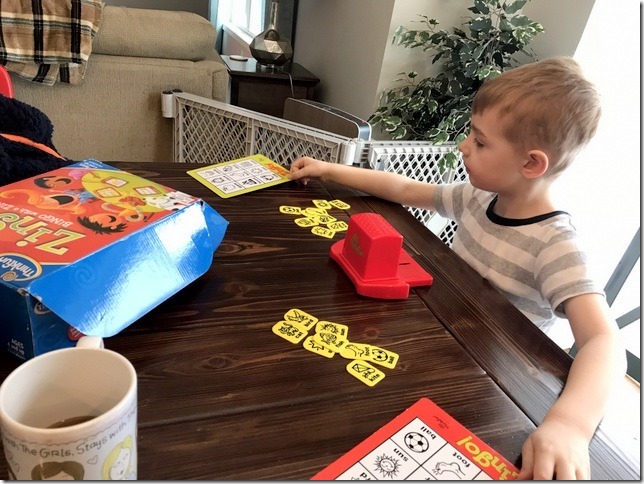 Later in the morning, my brother actually stopped by for a visit, which both of the boys totally loved. 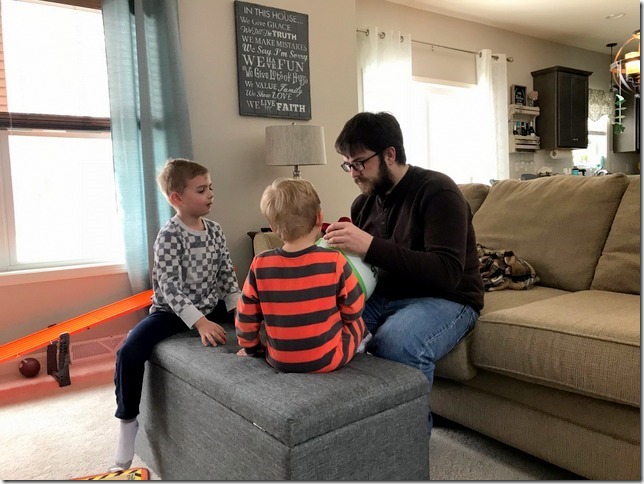 Later in the afternoon, I got my act together and tried to do a little meal prep for the week ahead, including some grilled chicken salads for Jay and myself. 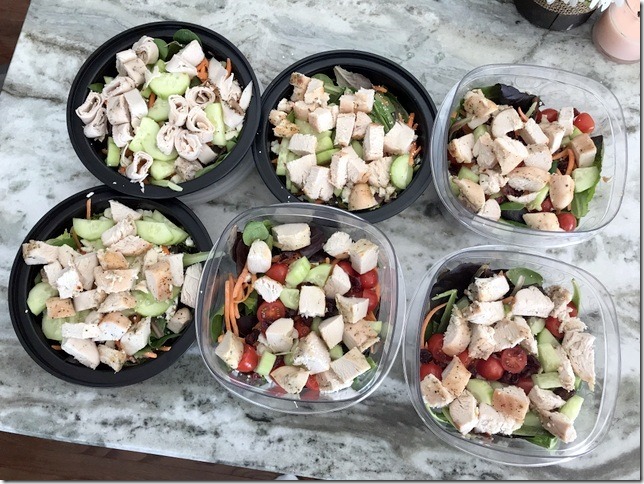 It was painful finding the energy to get that done, but I was super glad I did it.

Then after Alex’s nap, we headed over to my parents house for a bit. 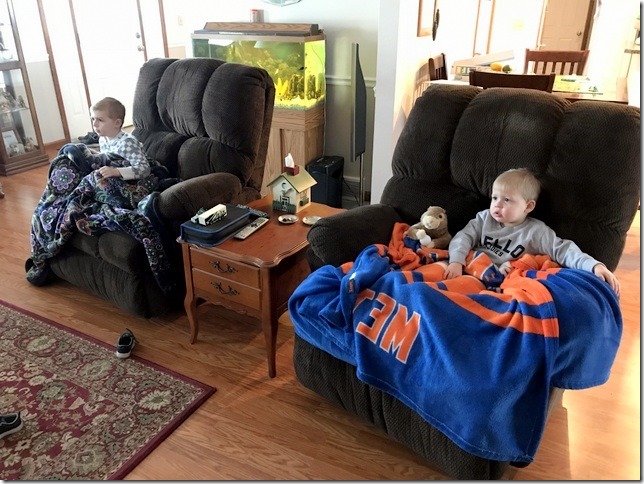 We were treated to an early dinner (grilled chicken, oven roasted potatoes, and salad), haircuts, and dessert! 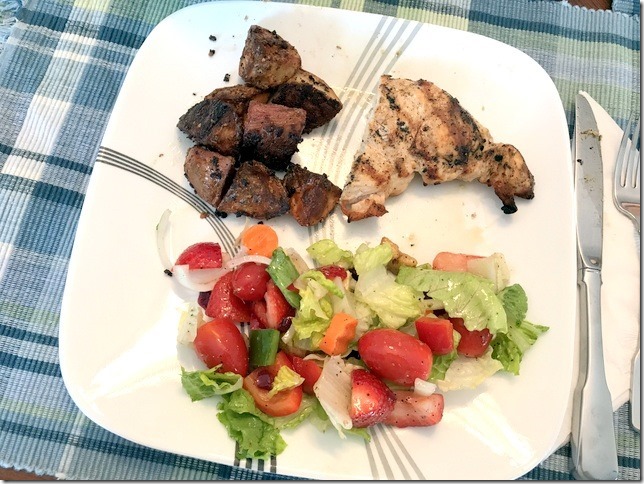 Haircuts were for the adults this time, including just a little trim for Yours Truly. 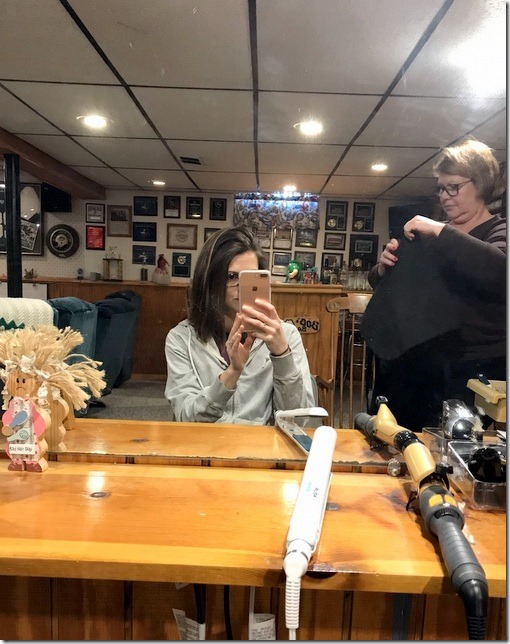 And then, yeah, this dessert. RUM CAKE. 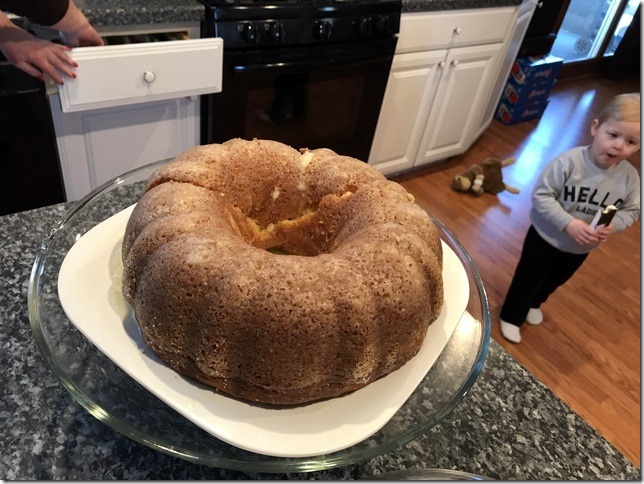 Gahhhhh it was amazing. I totally wanted to snag the whole thing and bring it home with me. : )

I hope you guys all had an awesome weekend, and have an awesome, LAST week of March! I have a few posts headed your way this week, including a meal plan recap (which was meant for yesterday, whoops). Catch ya soon!