Today turned out to be exactly what I had hoped for: a morning bridal shower followed by an afternoon of completely vegging out.

I arrived at the shower and greeted the guest of honor, who looked absolutely beautiful (I wish I had gotten a picture with her!) and chatted with a few other friends of ours. 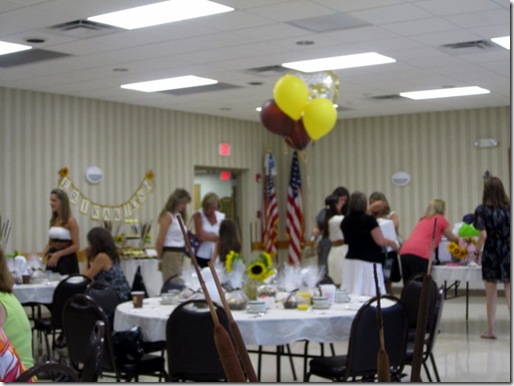 As soon as we sat down at our table, I spotted the coffee carafe and poured myself a cup…and not long after, promptly poured myself another. Hey, the cups were small. 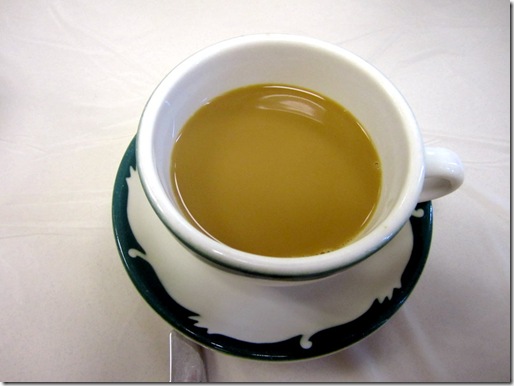 Each of the tables were accompanied by a vase of beautiful, fresh sunflowers; apparently, sunflowers are the popular flower this summer! 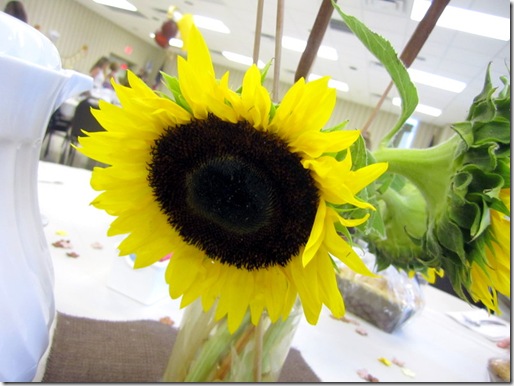 Each of the guests also received a delicious looking homemade apple pie loaf. I say delicious “looking” but I definitely dug in and tried a bite of it as soon as I got home. It tastes as delicious as it looks. 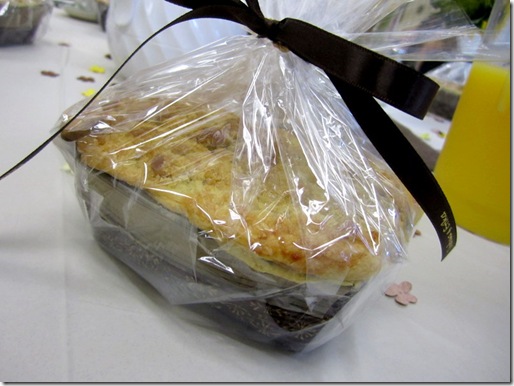 Not long after everyone arrived, we were served brunch, which was quite a spread. I opted for a piece of french toast, scrambled eggs (with ketchup, of course) and some fresh fruit with a yogurt dip (I didn’t eat the mini bagel half). Everything was yummy. 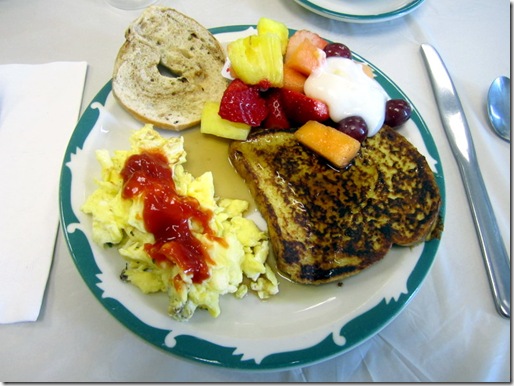 A couple of games were played throughout the morning, and I was totally psyched when I realized that I won a Starbucks gift card. I mean, it doesn’t get much better than that! 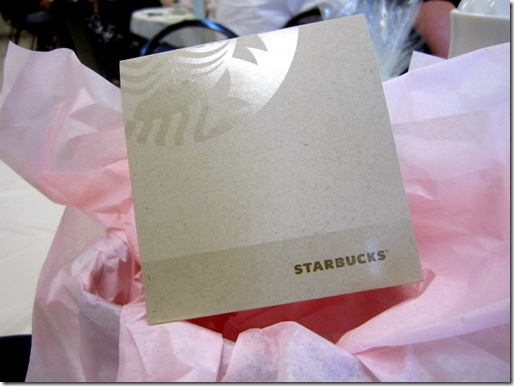 Unless, in fact, there’s cupcakes involved…which there was. So I guess it did get even better! This was a yellow cupcake with lemon filling and lemon frosting which was absolutely amazing. I thought I was “cupcaked-out” but this little treat proved me wrong. 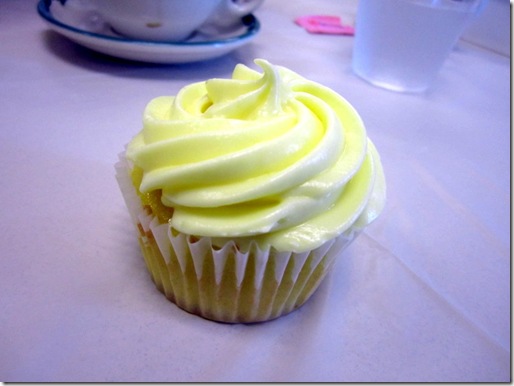 As soon as I got home from the shower I wasn’t really feeling too hot, so I changed into my cozies, laid down on the couch and ended up snoozing for a little while. I woke up and felt better but still had zero energy or desire to do much of anything…just like I had planned.

Jay and I ended up ordering the movie “Limitless” on Demand, which was pretty good. For those of you who have seen it, do you think you’d ever take a pill like that if it could unlock your entire brain? Crazy to think about, isn’t it?!?

By the time the movie was over, Jay and I were both ready for dinner, but both of us were still feeling ridiculously lazy. Jay wanted to just order a pizza, and I was *this close* to saying okay, but I realized that I really did want something cooked from home. So we trekked out to the kitchen and got to work on some “his & hers” dinners. 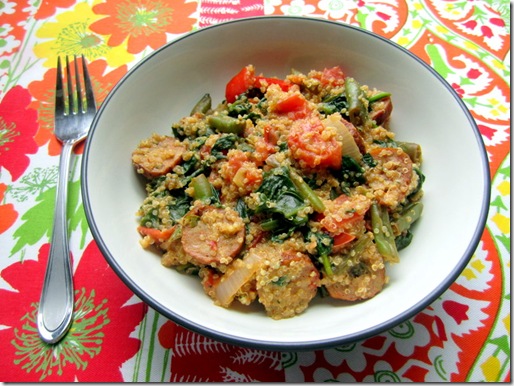 Jay opted for pasta with sauce while I cooked myself an amazing veggie and quinoa bowl. 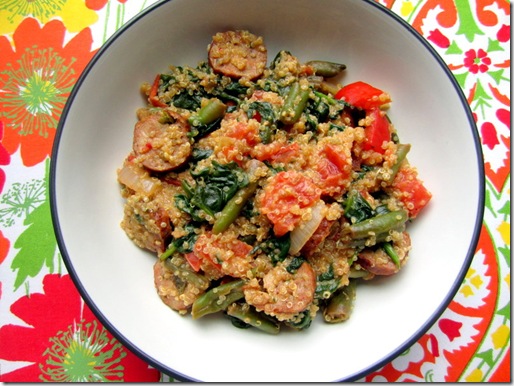 I didn’t end up measuring anything but while my quinoa was cooking, I sautéed some tomatoes, onion, and a TON of spinach in a skillet with some roasted red pepper dressing. 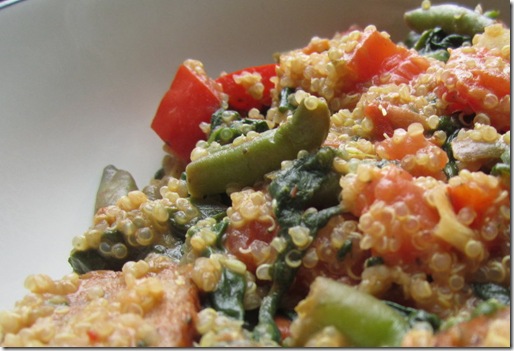 Once the quinoa was ready, I added in my sautéed veggies, along with a sliced up chicken sausage and some balsamic marinated green beans that I stole from Jay. I added in a little more dressing and about a tablespoon of Chavrie goat cheese. 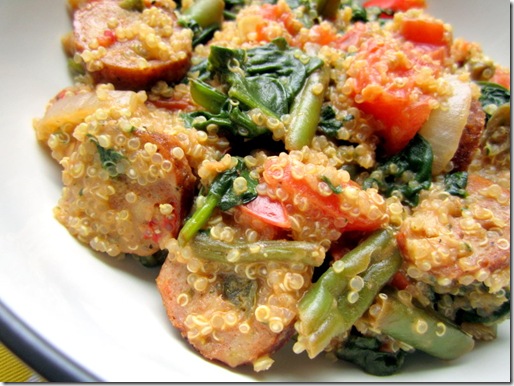 All I can say is WOW. It reminded me a lot of this dish that I put together a while back, but it was even better. Quinoa really is such an interesting little grain, isn’t it? Not only is it delicious but it’s kinda fun to look at, too. 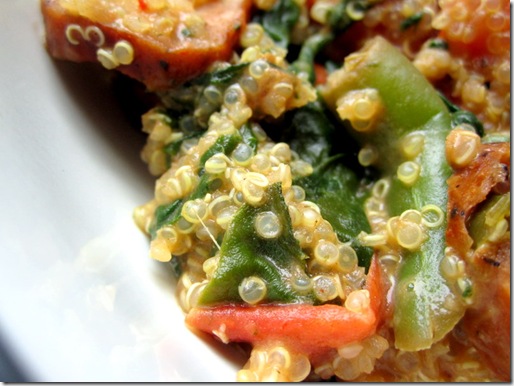 I’m definitely glad that we decided to cook rather than order another Sunday evening pizza. I guess that just means that there’s a little extra room for dessert tonight, right?

Hope everyone had a great weekend!!

What was the best part of YOUR weekend?

« Lucky To Have My Friends
Weighing My Options »