If there’s one thing that’s bound to put me in a good mood on a beautiful Saturday morning, it’s a trip to the Troy Waterfront Farmers Market. 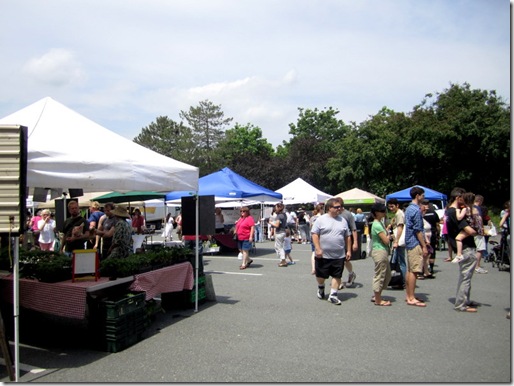 Today was my first visit since they brought it back outdoors for the spring/summer, and it was definitely in full swing. As always, there was plenty of different goodies around, but since I was little later than usual getting there, a lot of the fresh baked breads and other goods were actually sold out. 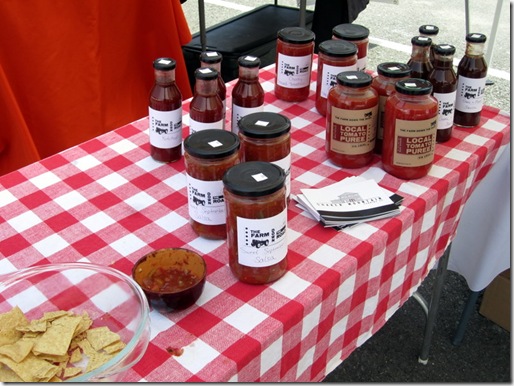 There were more vegetable and herb plants than I could count, which only further solidified my desire to have a garden. If I didn’t think I would kill off everything, I might consider it a little more…who knows. 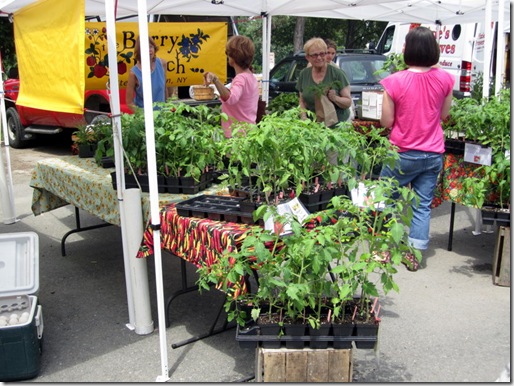 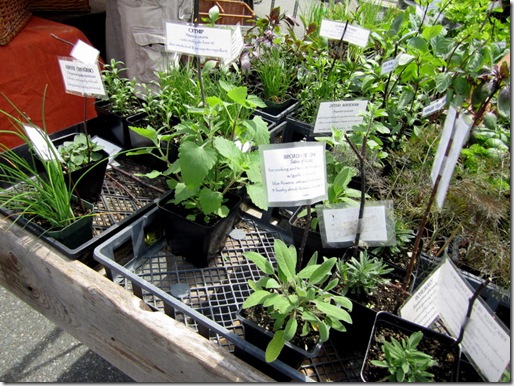 I really wanted to buy some of this for Cody. Maybe next time. 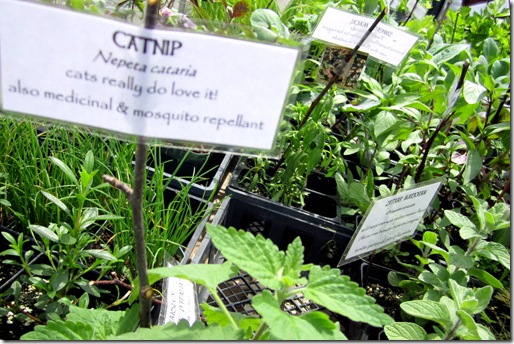 Since I usually go to the Farmers Market early, I tend to pass up on the wine sampling that is always available. However, today my watch told me it was 12:30 time to sample some wines, so I happily obliged… 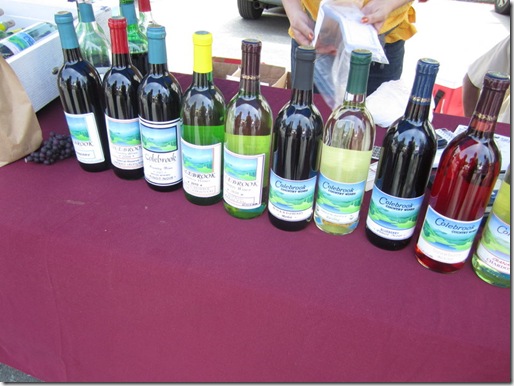 …and ended up with a bottle all of my own. Since I’m really trying to get into more reds, I decided to only sample a couple of those today, which led me to this Black Raspberry Merlot from Colebrook Country Wines. 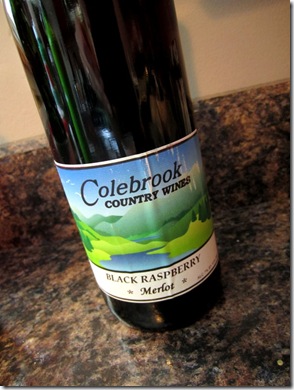 I loved the subtle raspberry flavor and can definitely foresee this being a great sipping wine.

Along with the wine, I also ended up leaving the market today with some fresh basil, 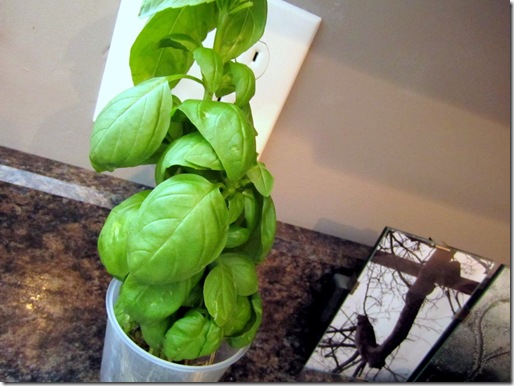 and this absolutely amazing stuff…Gar-La-La! 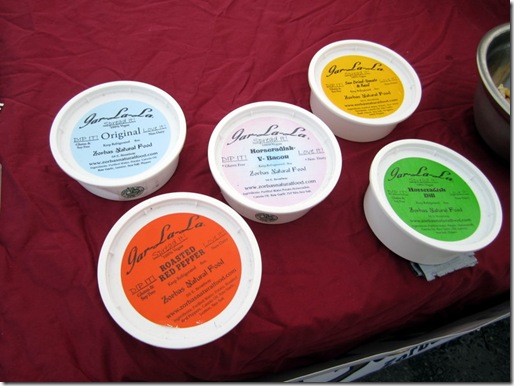 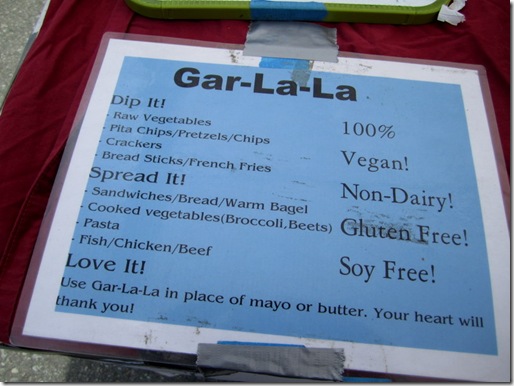 One sample of the Sun Dried-Tomato & Basil spread was all it took to get me hooked. It’s SO full of flavor, and if you like garlic…well, this is definitely for you.

It’s probably one of the most garlicky foods I’ve ever had (well, besides that one incident…) 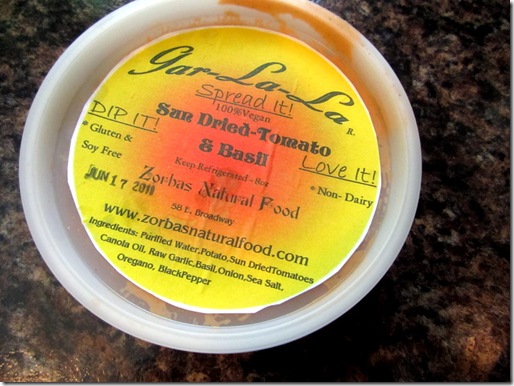 Let’s just say that Jay probably won’t want to give me any smooches for at least three days.

Especially because I not only had about 5 samples at the market, but also had to incorporate it into today’s lunch. 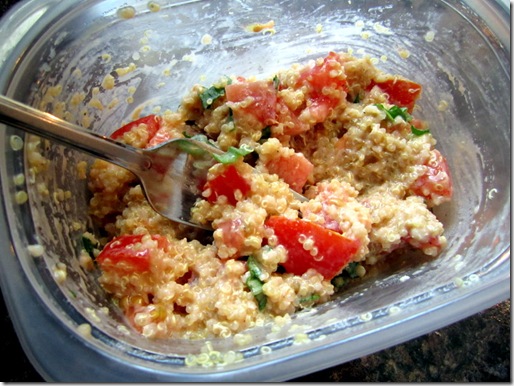 I mixed up the last of my cooked quinoa with a diced tomato, a scallion, a couple fresh basil leaves, some goat cheese, and some of my garlic-loaded spread. 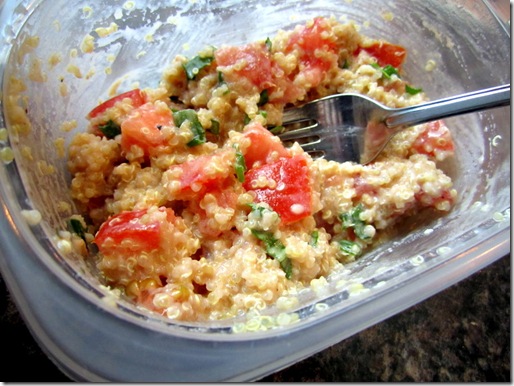 It was amazing, but umm, does anyone have a piece of gum? Or twenty…?

To satisfy my sweet tooth a little while later, I enjoyed my last Foodzie biscotti. Between the two, I’d have to say that the almond was still my favorite, but this Lemon Poppyseed flavor definitely gave it a run for its money. It was awesome! 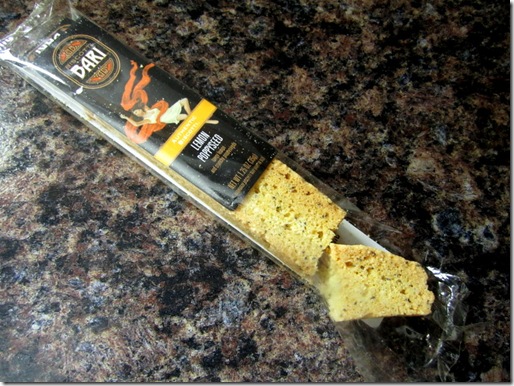 I really never thought that I would like biscotti so much?? I think that just means one thing…I need to try to make some of my own! I’ll just have to get my hands on a good recipe…anyone have a good one they could share??

In a little while, Jay and I are headed out to relax on a patio in this beautiful weather. Not sure where yet, but according to him, there’s only two stipulations for wherever we end up: it’s got to have a big patio and cold beer.

I can deal with that.

Do you enjoy dining/enjoying drinks outdoors once the nice weather hits?

Where are some of your favorite spots? (*especially you locals out there…I’m ALWAYS looking for good outdoor dining spots!)

« A Tailgating Substitute
Can This Be My Life Every Day? »