Good morning! Did everyone have a great weekend? I know I sure did. It was a busy one, so let’s go ahead and get ya caught up…

Well, yesterday was all about this guy. 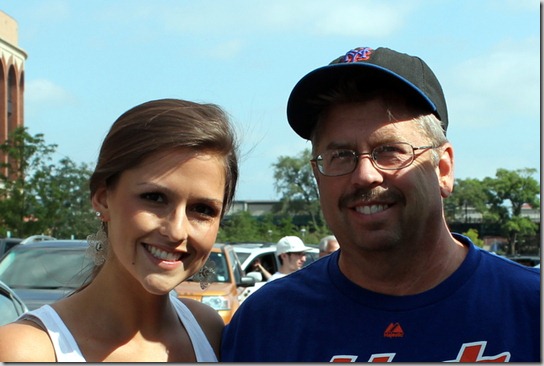 Early yesterday morning, I met up over at my parents’ house so we could make the trip down to the Mets game. My dad and brother have LONG been Mets fans, and while I honestly don’t really follow the sport, they’re still the team I’m going to root for, if anyone.

I’d been to a couple games before when they still played at Shea stadium, but this was my first time at the (somewhat) new Citi Field, and it was really nice. 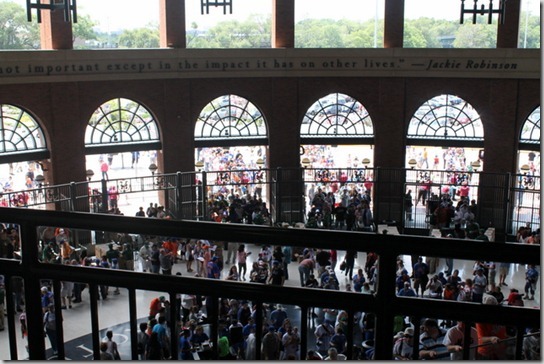 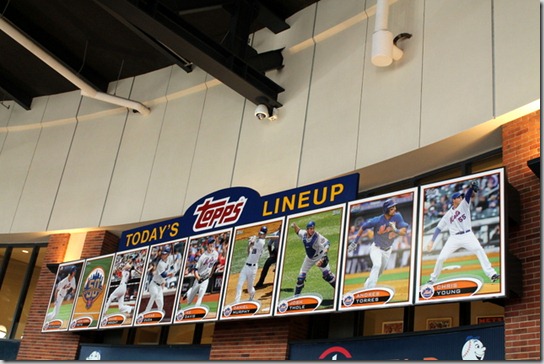 Instead of going right to our seats, my dad and brother offered to give us ladies a little tour of the stadium. In addition to me and mom, my one grandma (aka, “2 Nanas” – a story I know I’ve mentioned but can’t remember when) also joined us for the day. She is a die-hard Mets fan (no joke) so she was super excited to be there for the day. 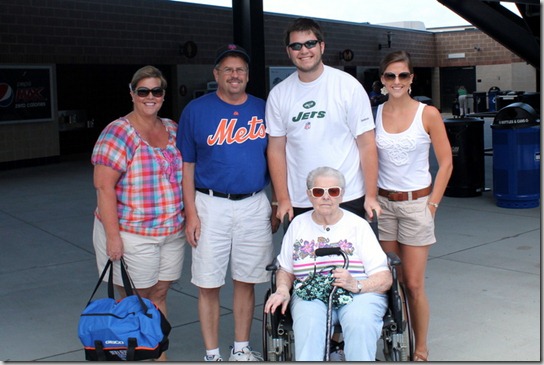 The more we walked around the stadium, however, the more I began to realize that I did not dress appropriately for the day. For some reason, I was under the impression that it was going to be about 90 degrees, but that was totally not the case. Try more like 70…but in the shade with wind. Yeah. 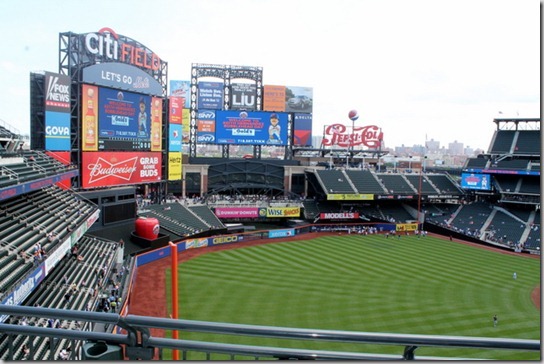 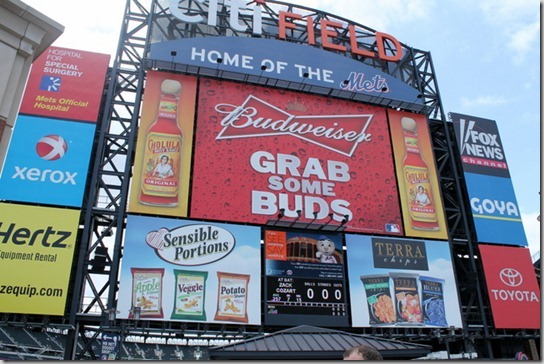 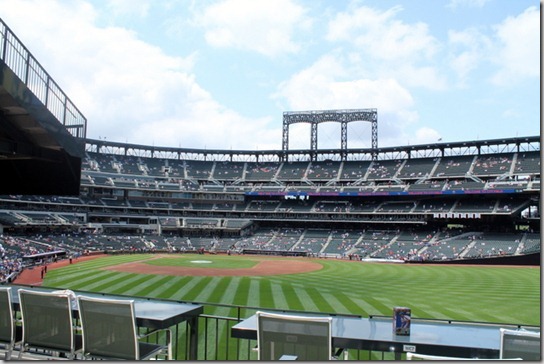 We eventually made it to our seats shortly before the game got started. 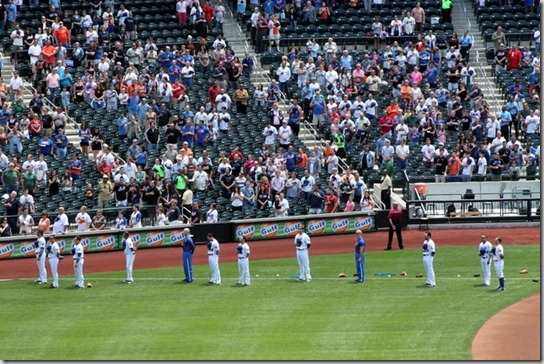 Check out the zoom with that camera lens. 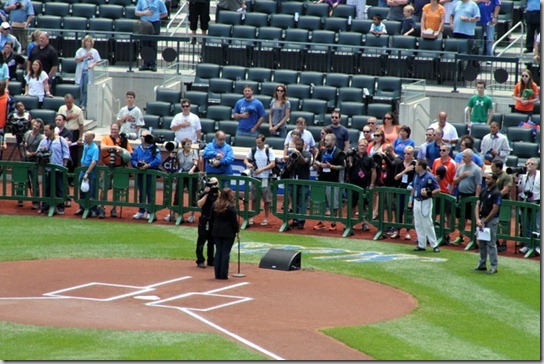 By the time the second inning rolled around, I was ready to grab some lunch. The tickets we got for the seats we were in yesterday also included a free hot dog, fries, and soda, which I had been looking forward to all morning long. 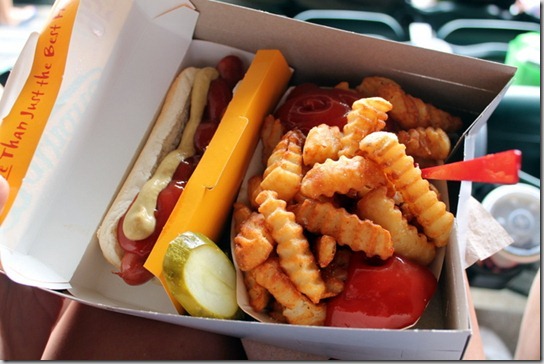 Well, the fries were great, but unfortunately, the bun to my hot dog was as hard as a rock. Literally, it crumbled as if it was a piece of toast. Such a let down.

But hey, like I said…at least the fries were awesome. 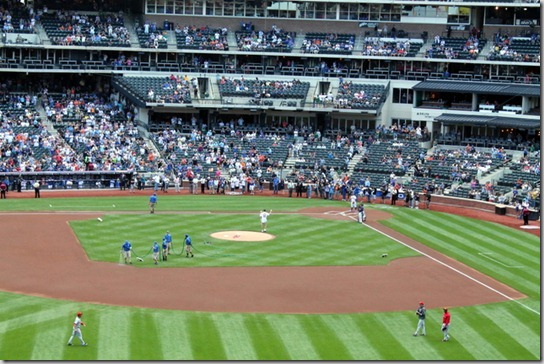 Unfortunately, the Mets didn’t get a win yesterday, but it was still a great (albeit, chilly) way to spend Father’s Day with dad. By the time I got back home last night, it was about 8:30 and I was wiped, so I hung out on the couch with the boys for a bit before hitting the hay.

This morning, I was wicked pumped for another life-changing breakfast. 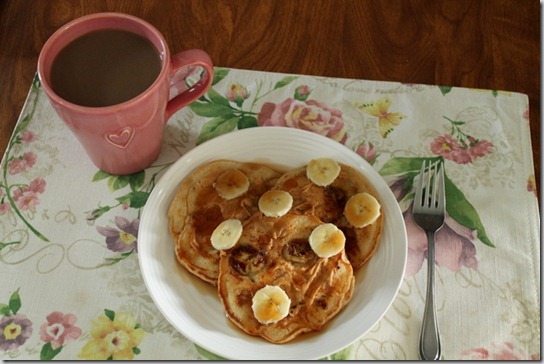 Another batch of Kodiak Cakes was on the agenda for today, prepared the same was at Saturday, with some chia seeds and sliced bananas cooked right inside. 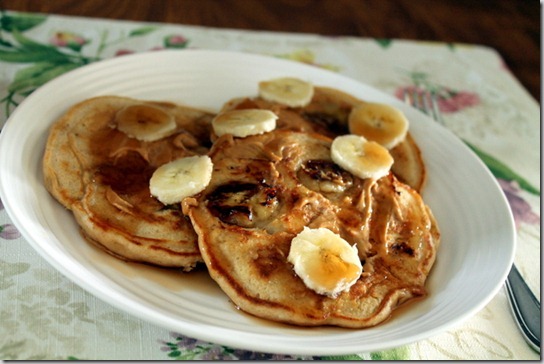 I topped ‘em off with a little bit ‘o peanut butter, more banana slices, and some sugar-free syrup and, oh.em.geeeee… 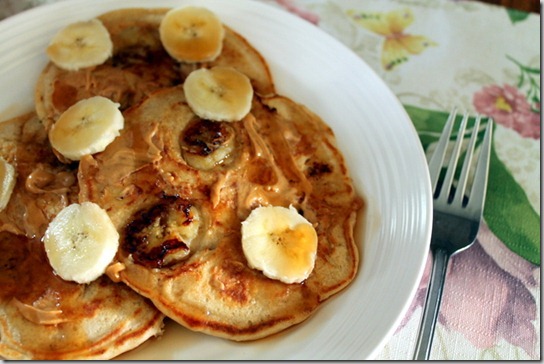 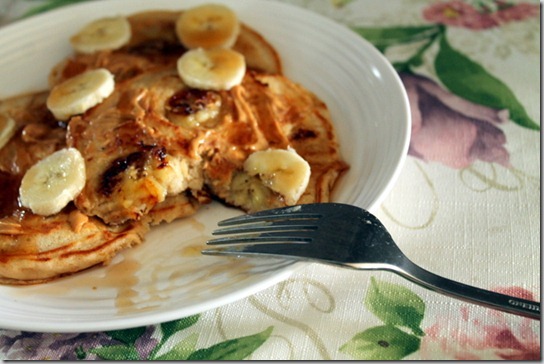 I feel like I’ve got about 1,001 things to do today, so I think it’s about time to get crackin’ those. Happy Monday!