Man, talk about a great weekend! Things got kicked off Friday night with a little girls night out on the deck. Unfortunately, this is the only picture I got from our evening, but the night was filled with about 8 of us eating, drinking, laughing, and just enjoying each other’s company. I’ve said it once, and I’ll likely say it 1000 times more…best. neighbors. ever. 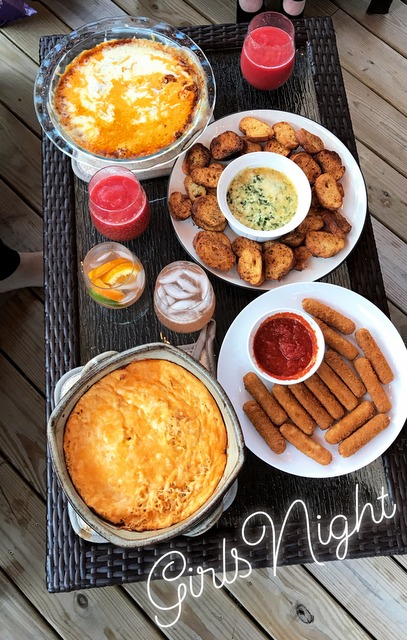 Of course, since the girls made the plans first, that meant we weren’t on “monitor duty” (since the kiddos were all in bed). But since the guys are all basically “besties” at this point, they couldn’t resist getting together either. So they set up shop in the road with the monitors, and I don’t know why, but I just find this photo so amusing. 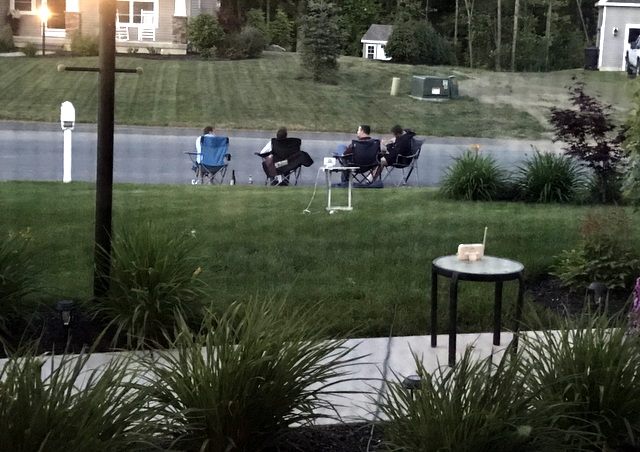 Saturday was a pretty low key day at home, but it was beautiful so we spent all sorts of time outside and the boys were out playing with friends all afternoon. At one point, I actually found myself with a good hour of quiet (Lucas was next door and Alex was napping) so I spent some time diving into Girl, Wash Your Face by Rachel Hollis. 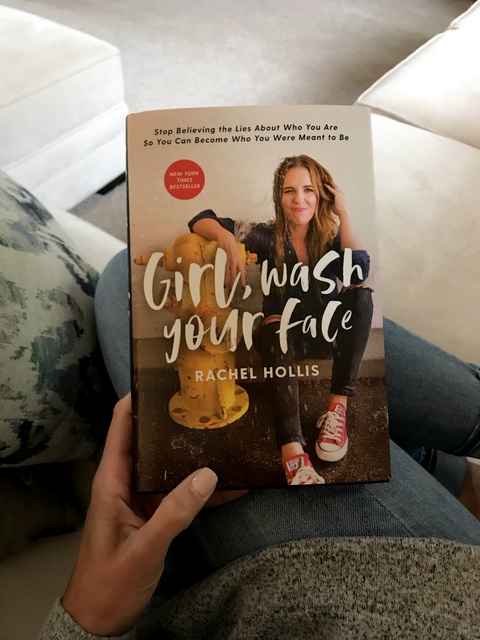 Admittedly, I’ve actually never read her blog (didn’t even know about it), but my gal Chelsey said she highly recommended it and I knew she wouldn’t steer me wrong. So far (I’m about halfway through) it’s awesome. I’ve found myself shaking my head in agreement numerous times and even chuckling out loud more than once. I’m actually hoping to finish it today!

Sunday was a hot one from the get-go, but that didn’t deter us from staying outside. That’s what freeze pops before noon are for, right? 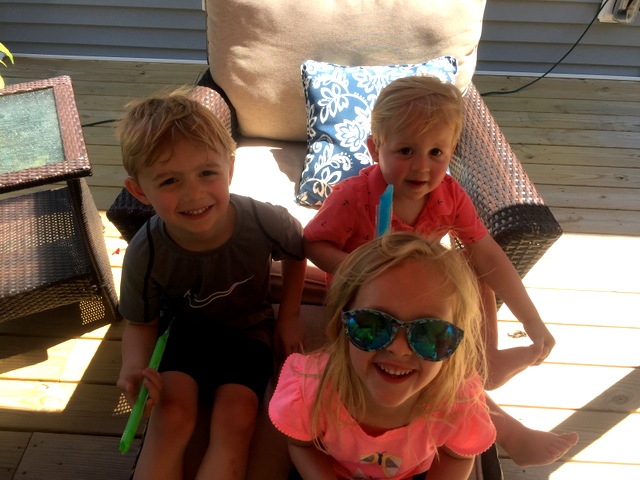 My mother-in-law came over for lunch, we played in the blow up pool, and even spent some time playing a little baseball while Alex napped, which you may have caught on Instagram Stories. 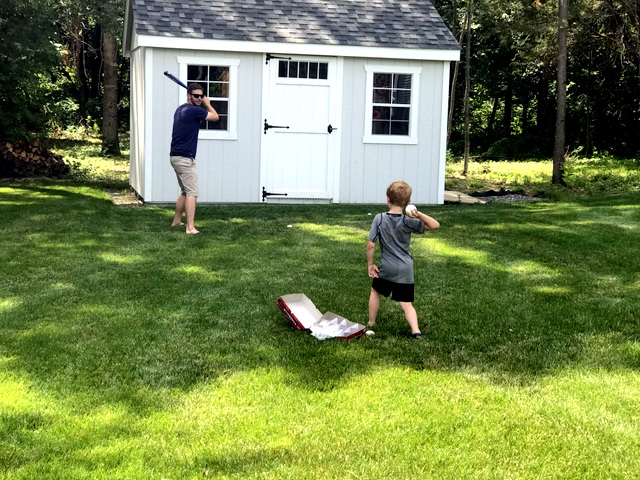 Once Alex was up, we packed things up and headed over to my parents’ house for dinner and more pool time. 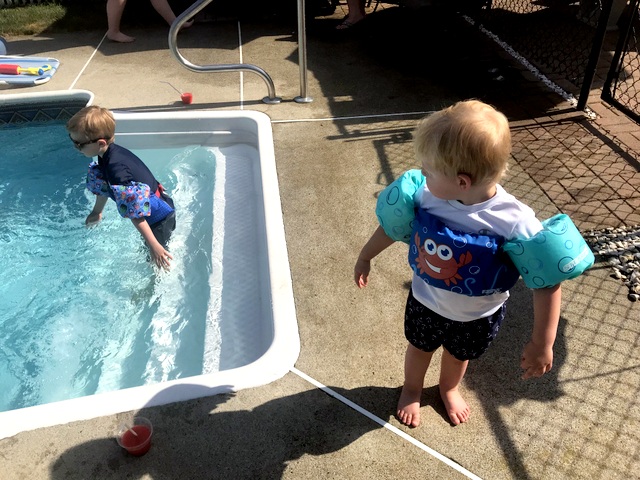 It was the first official pool day of the season, and it was most certainly a great day for it! 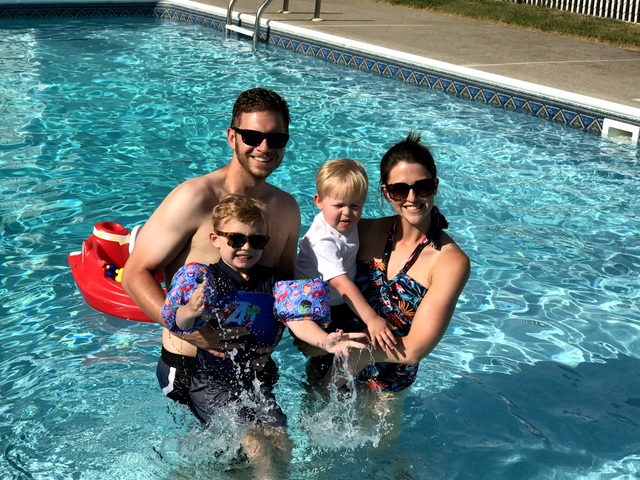 Alex isn’t quite into it just yet (too cold?) and Lucas was loving it. We’re going to be doing some swim lessons with him this summer so we can try to lose the puddle jumper for good.

We enjoyed some drinks and snacks poolside, including some delicious homemade guac (yaaaaassss). 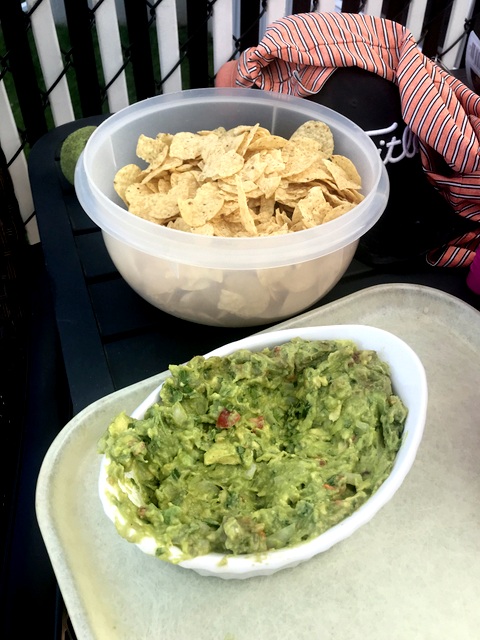 For dinner, mom grilled some burgers and dogs, and also made the most delicious grilled veggies, potato salad, and pasta salad. 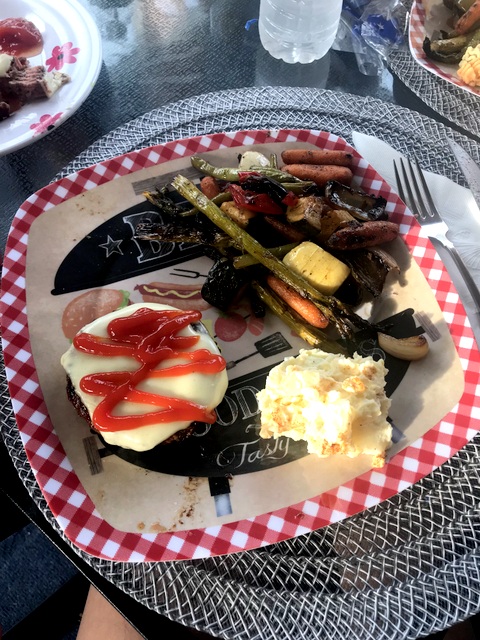 Before we knew it, it was already 7pm (which is usually when we at least start bedtime for the boys), but they were both in such desperate need for haircuts that we managed to squeeze them in. 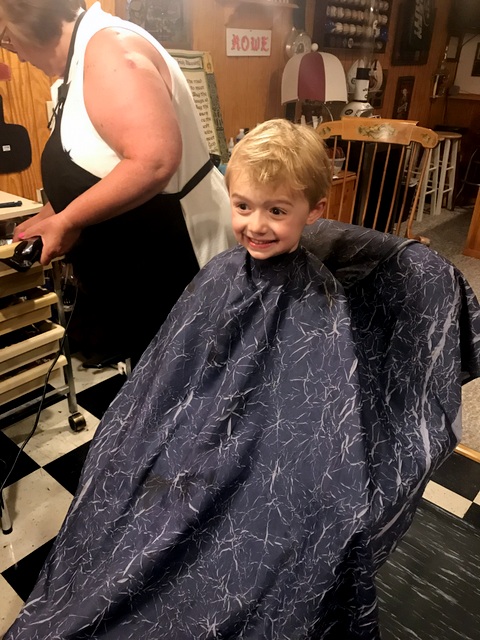 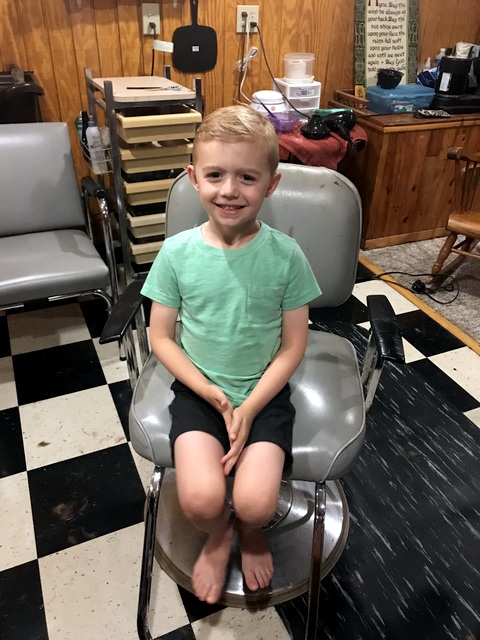 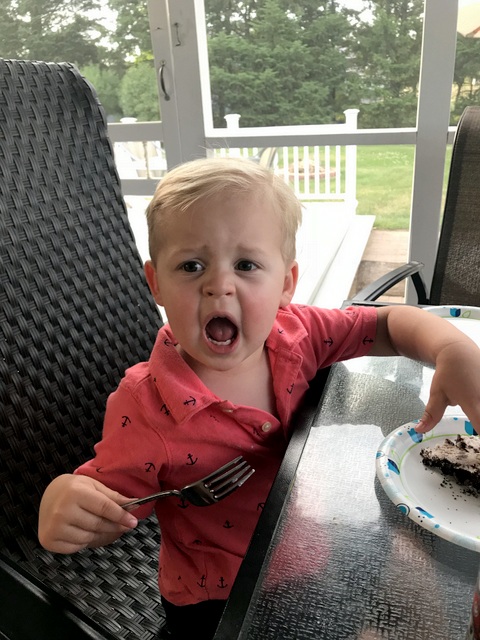 And then, since it was a day of celebration and all (Happy Father’s Day!) we finished up the day with some cake. 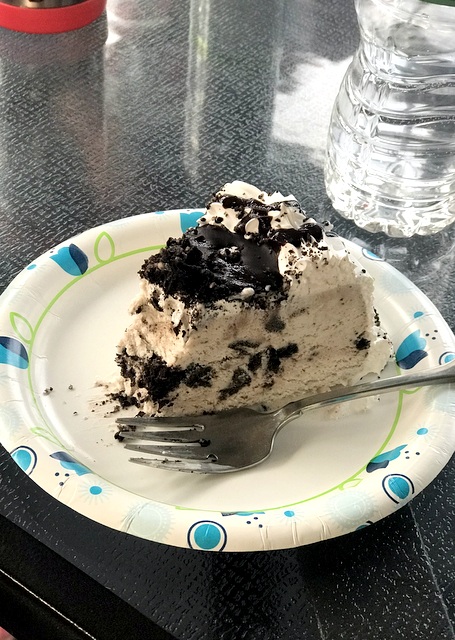 Oreo ice cream cake, to be exact. And ohhhhh myyyy, was it good (not homemade, by Carvel!). It made for a great ending to another awesome weekend.

I hope you all had a great one, and I’ll catch up with you guys later in the week!