Ohhh, what a great weekend! Filled with fun and productivity, and since I’ve got lots to share, I’m just gonna jump right into it!

Friday night was spent at home with some takeout pizza and wine, all while hanging out on the front porch with my boys. 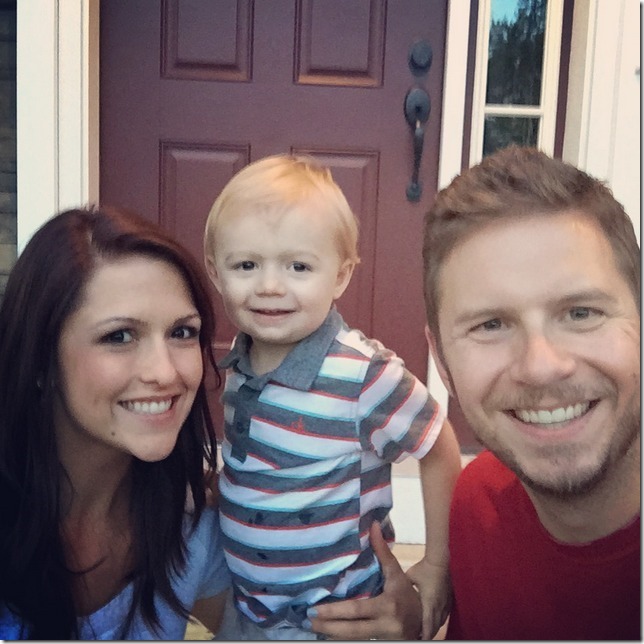 It was the most gorgeous evening…gotta take advantage while we still can!

Saturday morning was a bit lazy and also involved some coloring. I mean, how relaxing is coloring…am I right? 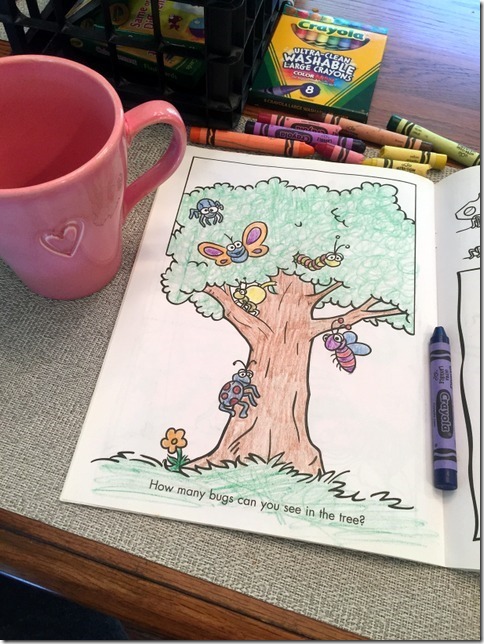 So much so that I went ahead and ordered myself an adult coloring book of of Amazon shortly after. I can’t wait for it to arrive!

Since coloring lasted all of about 2 minutes for my active little one, we made our way outside shortly afterwards, where he was in his glory playing in the dirt and sandbox. 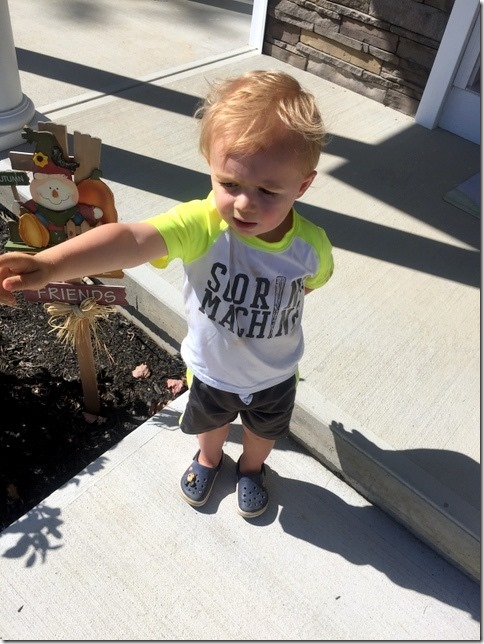 Thankfully, we tuckered him out enough for him to take a nice, long 3 hour nap. 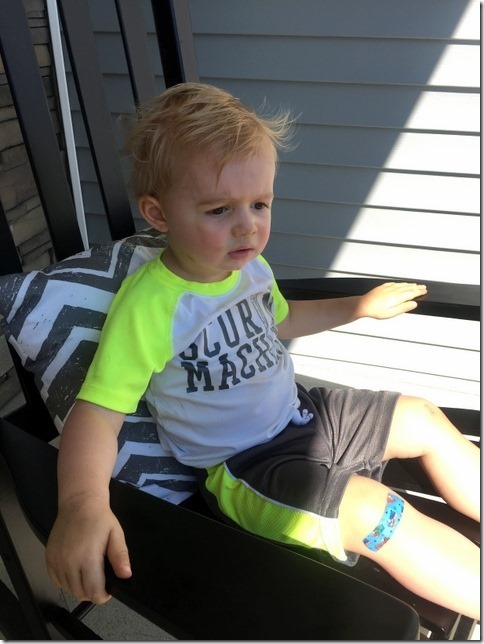 It couldn’t have happened on a better day, because Jay and I had a LOT that we wanted to get done outside on Saturday. We worked on clearing up the garage a bit, and I set out some of our patio furniture in the backyard (even if it won’t get much more love before the weather changes). 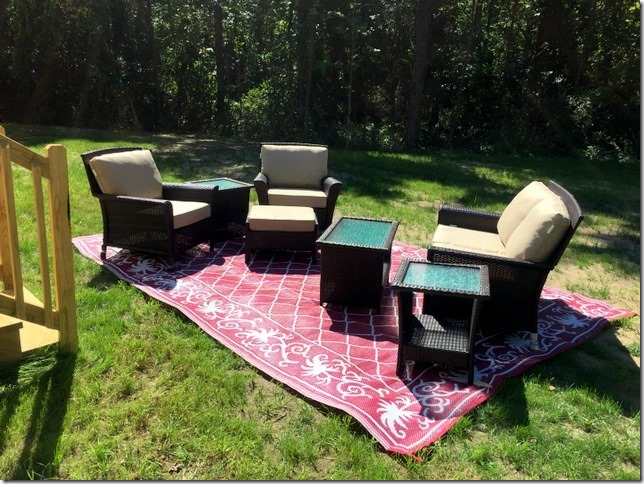 I also put out the pedestals with solar lanterns we got from Sears down at the end of the driveway. 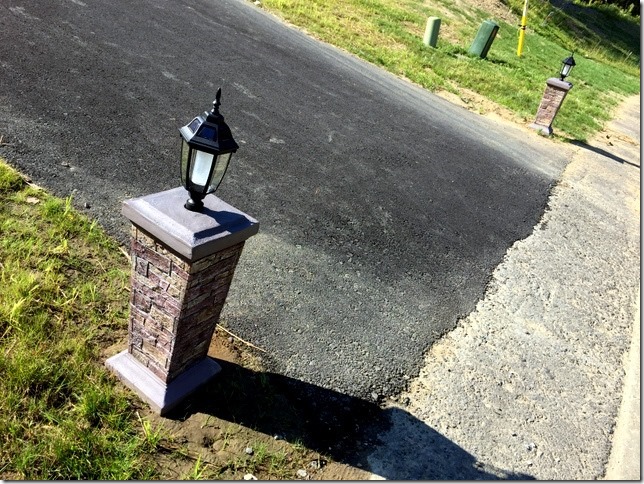 After that, the rest of our time was spent in the backyard cutting down and clearing trees. WHEW, talk about exhausting. 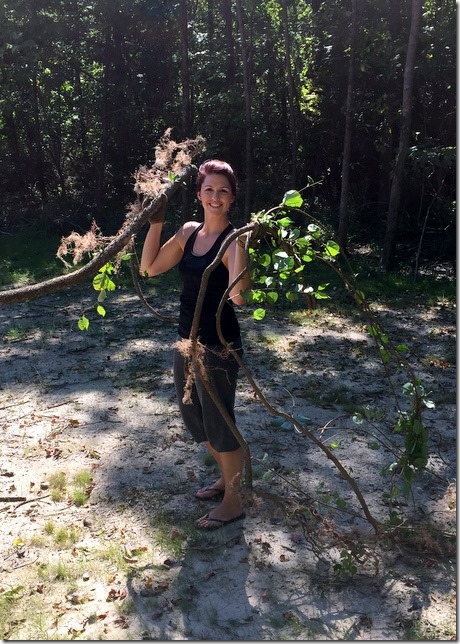 But we were able to make quite a bit of progress, so we were thrilled with that. Now if we could just get some grass back there… 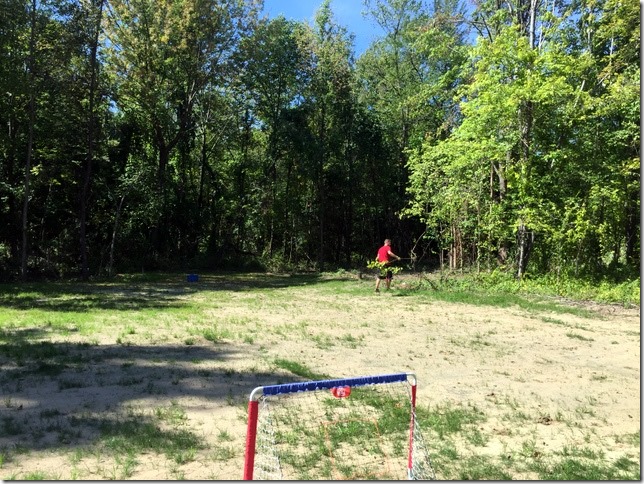 Late on Sunday morning, we all headed over to the Apple & Wine Festival at the Altamont Fairgrounds. 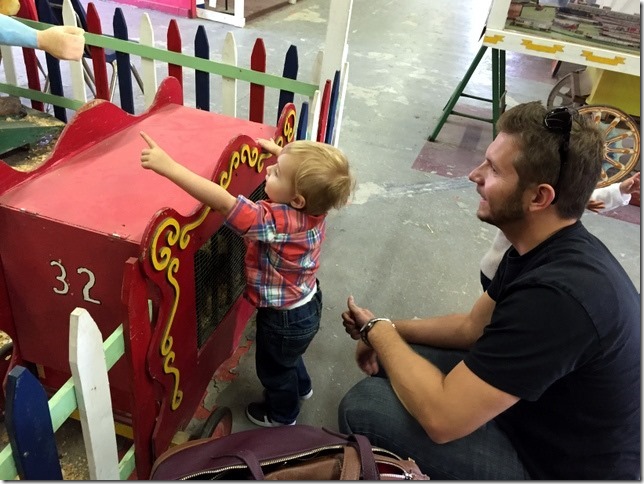 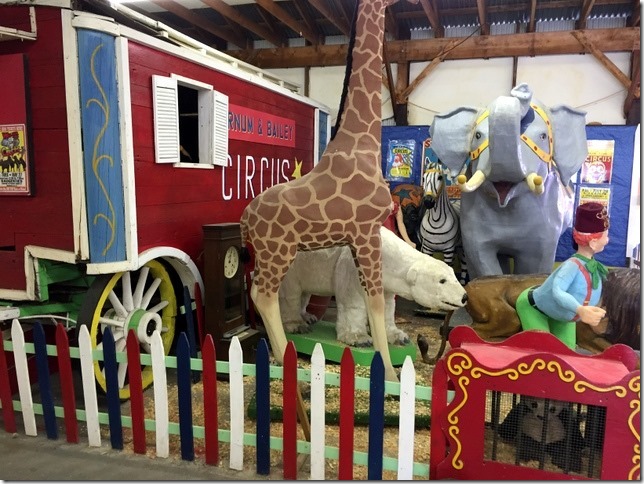 And even more exciting, we got to meet up with our pals (and old roomies) Kanika, Shaheen, and their sweetie pie, Kaura. 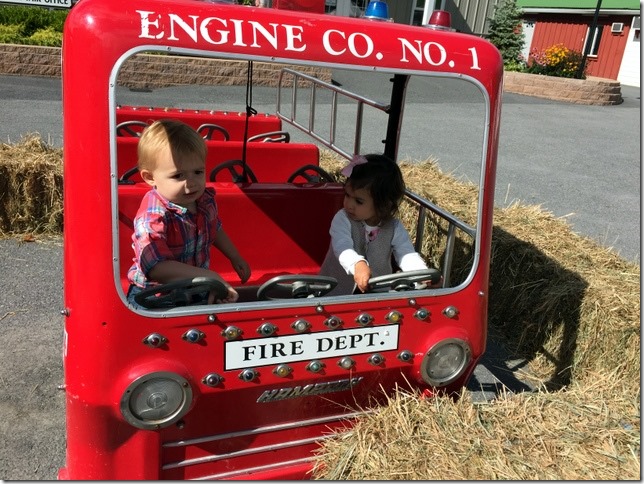 The two of them had a blast playing in the cars, jumping on hay, and especially, checking out the animals. 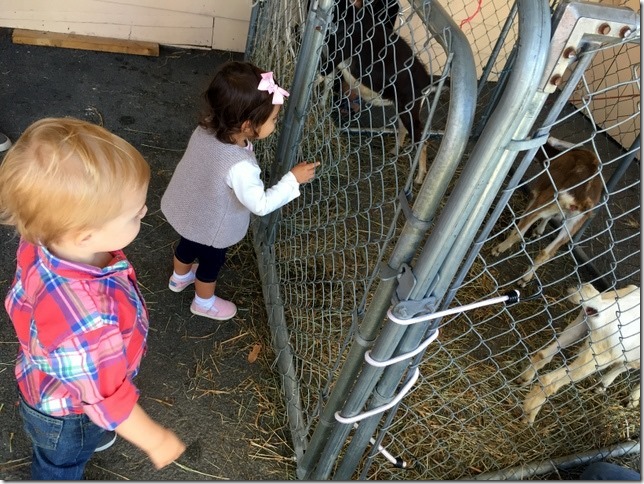 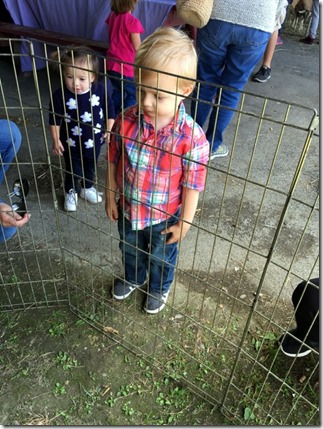 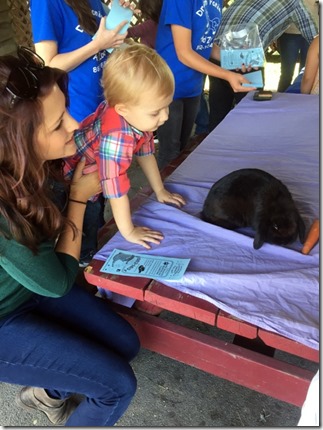 I just love these two, and I sure hope they wind up being close buddies just like their parents are. 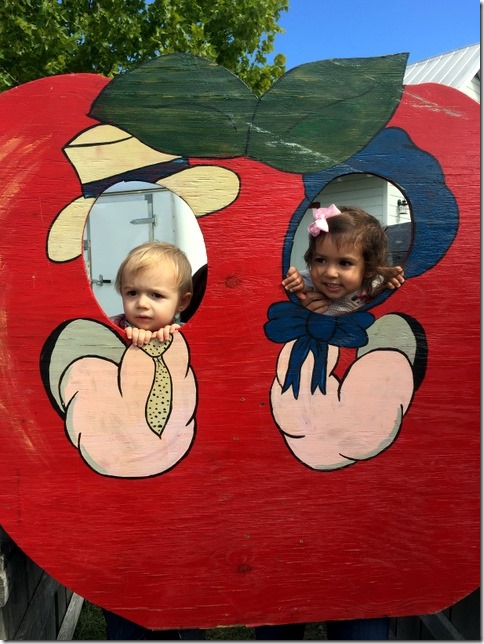 And hey, who says only the kiddos can have fun?? 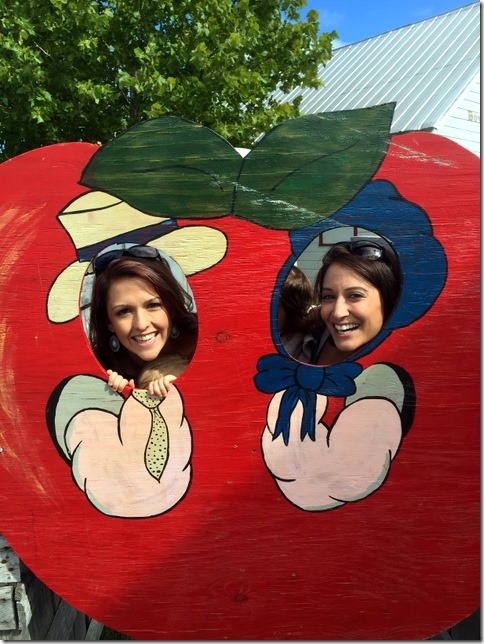 Of course, since it was an apple and wine festival, Kanika and I spent a little bit of time sampling some wines. 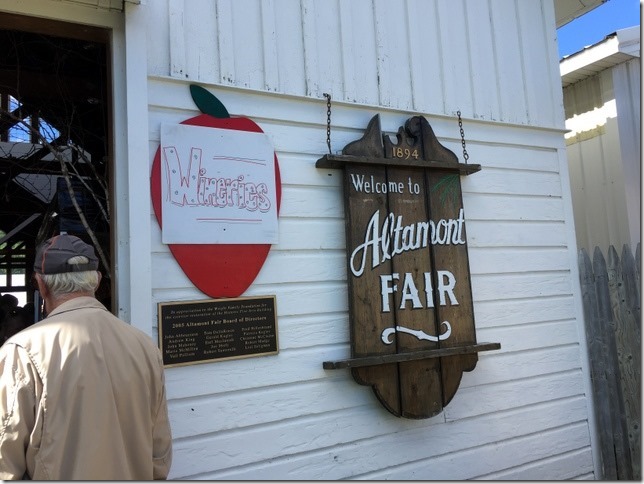 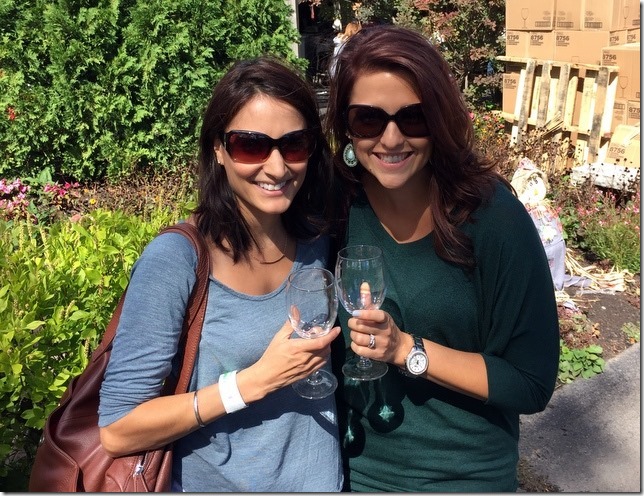 And while we sampled wines, the guys hung out outside with the kiddos listening (and dancing) to some live music.

Unfortunately, Lucas apparently fell shortly after his movin’ and groovin’, and combined with the fact that we were really going over his nap time, our wine tasting had to get cut a bit short so we could head on home. Such is life with toddlers, right? Hey, at least we still got to spend a couple of hours with good friends. <3 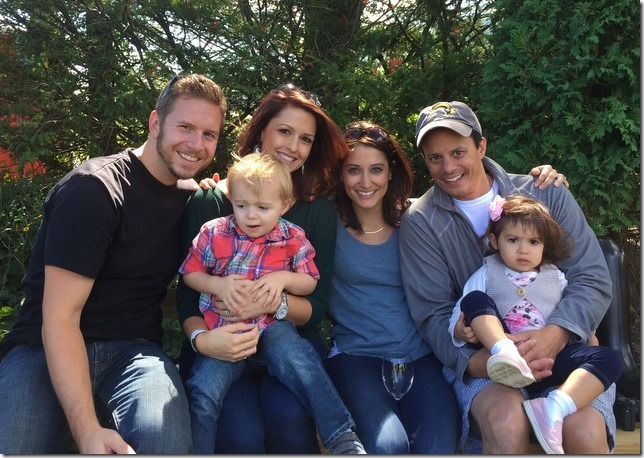 And even though my little man was more than ready for his nap, that didn’t stop me from grabbing some cider donuts on our way out. 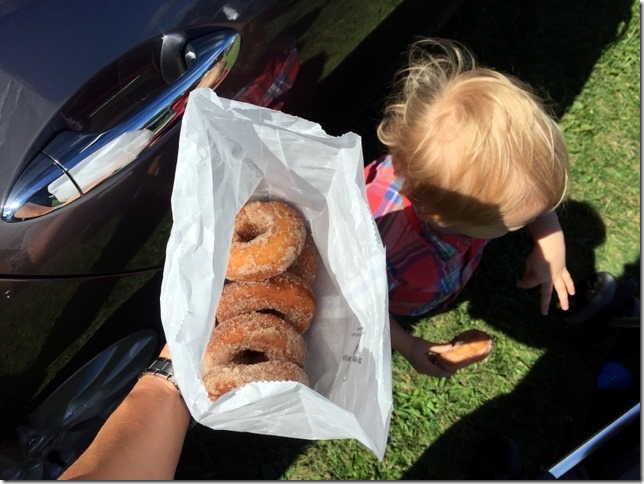 First ones of the season and they were tasting miiiiiighty good! 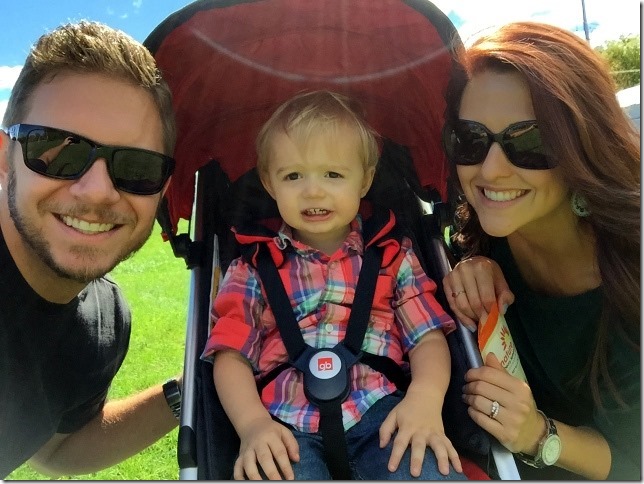 The rest of Sunday was spent doing grocery shopping and working on some more projects at home (which, if you follow me on Instagram then you probably already saw one of them!). I’m planning on sharing more of that project with you guys tomorrow!

I hope you all had a fabulous weekend, and here’s to a wonderful week ahead for all of us. <3