Jay and I had such a fun night out last night! :)

We first met up with Brian & Mal for dinner at The Melting Pot. It was a first time visit for all of us, so we weren’t quite sure what to expect…all we knew is that we were ready to eat some fondue.

We decided not to do their Big Night Out four-course meal, (because we didn’t want to feel like we needed to be rolled out of the place) so we decided on having cheese, salads, and chocolate. Perfect, right? :-P

Jay and I started with the Fondue a la France: 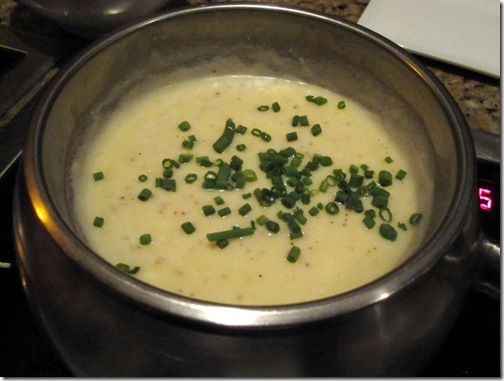 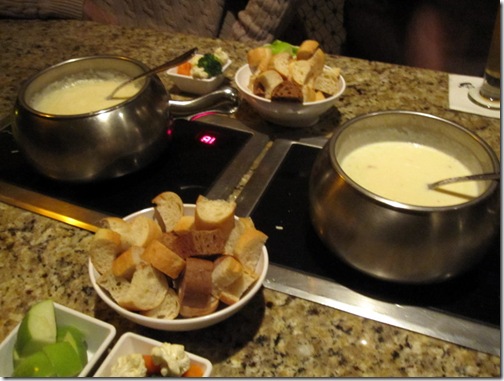 Brian & Mal got the Traditional Swiss Cheese fondue, which was also delicious. 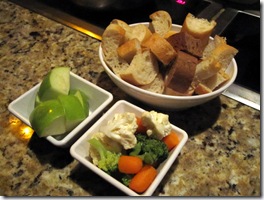 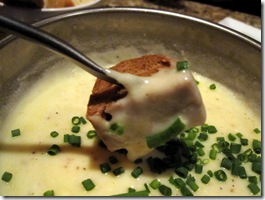 Next came some salads…just a house salad, which I got with sweet and tangy vinaigrette on the side. 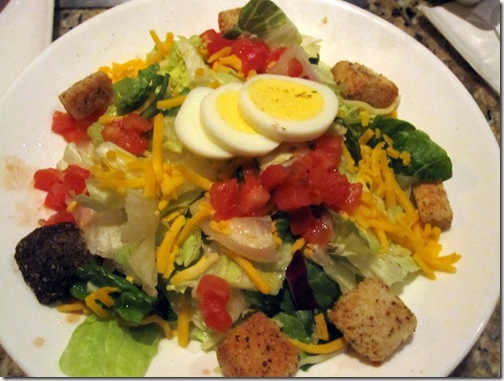 It really wasn’t the best salad I’ve ever had, but I figured it wouldn’t hurt to add some extra veggies to the meal. :)

The four of us sat and chat for quite a while before our dessert menu was even given to us to look at. We didn’t mind though, since we were having such a good time! 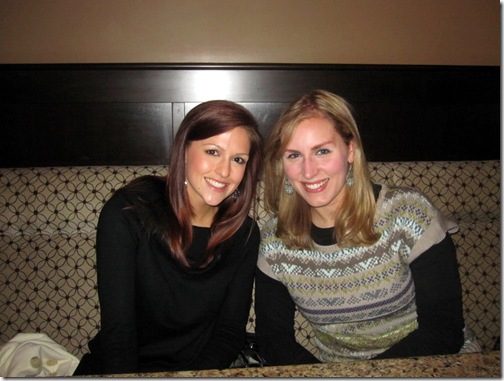 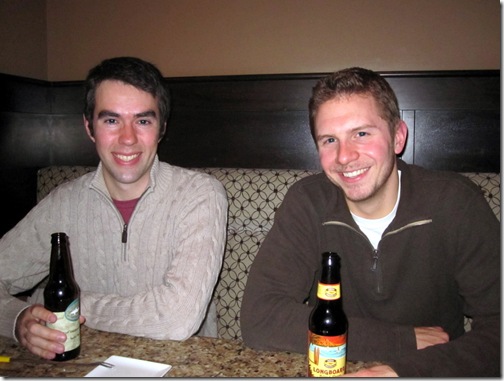 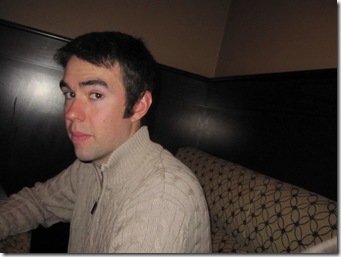 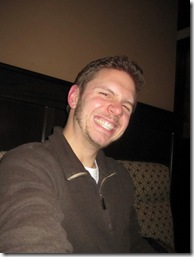 Eventually it was chocolate time, and I was READY. Bring it on! ;)

Brian & Mal stuck with The Original, while Jay and I chose the Flaming Turtle. 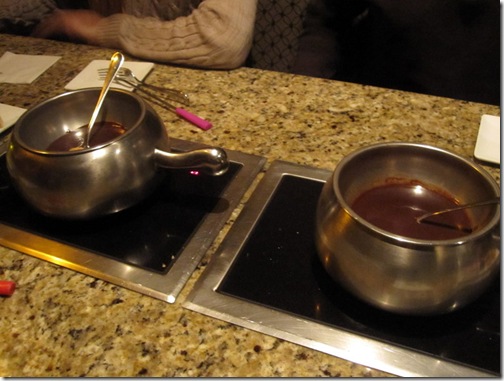 Jay and I both totally loved this fondue…even if our waiter did forget to bring the chopped pecans to the table. :shock: 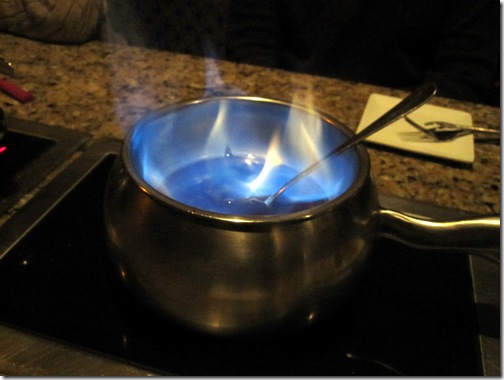 LOOK at these dippers!! 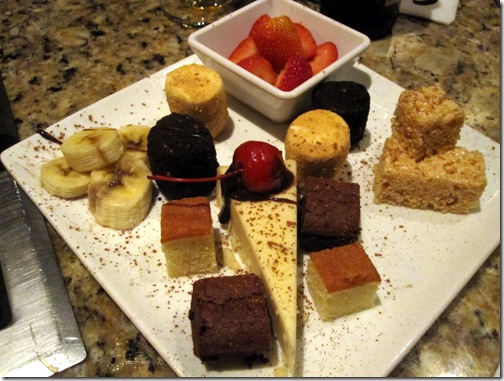 I don’t know if I could pick a favorite, but the Rice Krispie treats were pretty much the bomb. Yes, that’s right I said it…the bomb. 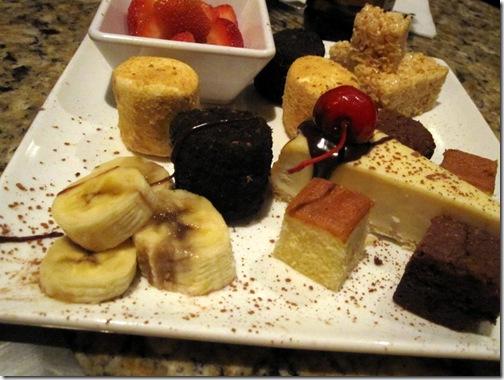 Everything was SOOOO good!! :-P

After dinner, we went back to Brian & Mal’s place just to hang out a little longer. For this boys, this also meant it was time to fire up the Wii… 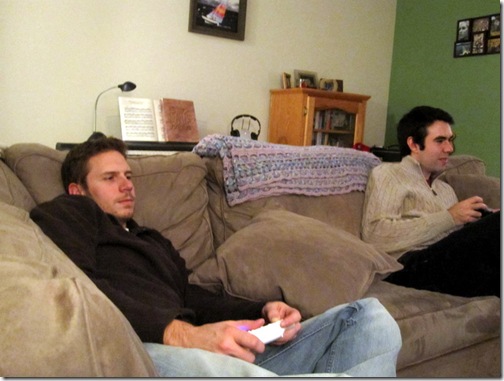 …and play Toejam & Earl, which apparently is an old Nintendo game that I’ve never, ever played??? 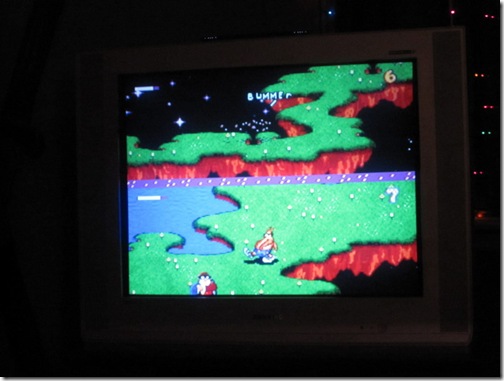 This led to a long talk about all of our old-school video game favorites. For me, it was the original Nintendo that had a lot of my favorites:

Ahh, memories! I wonder if that old Nintendo is still at my parents’ house…hmmmm. ;)

Time to go get a jump on my day…starting with my last workout of 2010!

What were some of your favorite old-school video games?

What are you doing for New Years Eve?