I feel like today has been one of those days where everything I eat tastes amazing. Don’t you just love those days??

One major highlight from today, aside from breakfast, would be today’s lunch. 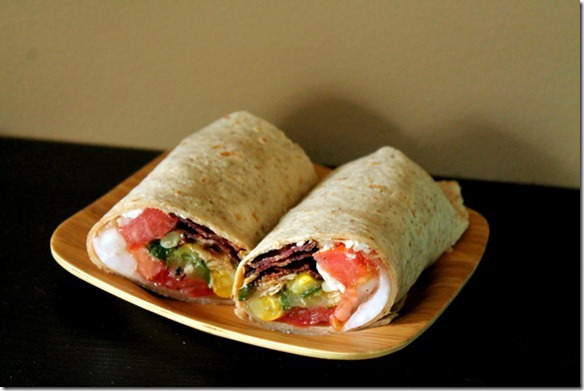 Last night while making dinner, I roasted a big batch of zucchini and yellow squash to have for during the week. Today, I incorporated it into a wrap along with a fresh sliced tomato, a couple slices of turkey bacon, onion, and feta cheese. 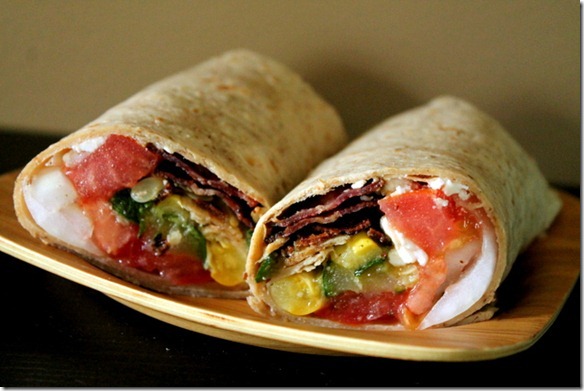 It was a bit different from my usual combos, but this thing was right up my alley.

Shortly after lunch, I had a ton of errands I had to take care of…one of which was stopping over at my parents’ house to drop some stuff off to them. While I was there, I happened to notice a beautiful loaf of raisin bread on the counter, so I grabbed a slice. 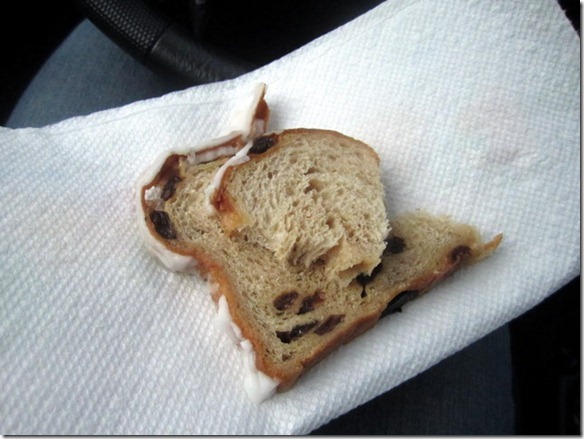 You can always count on there being good food at mom and dad’s house!

Just take a look at all that icing… 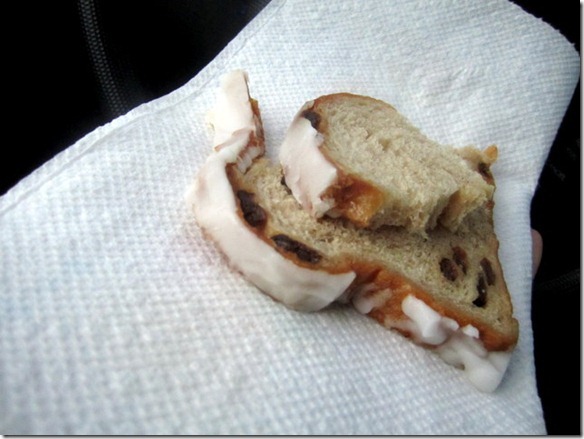 While I was in the house, I also did a good bad thing and stole a jar of Blizzard Butter from the pantry. Sorry, mom…it was necessary. 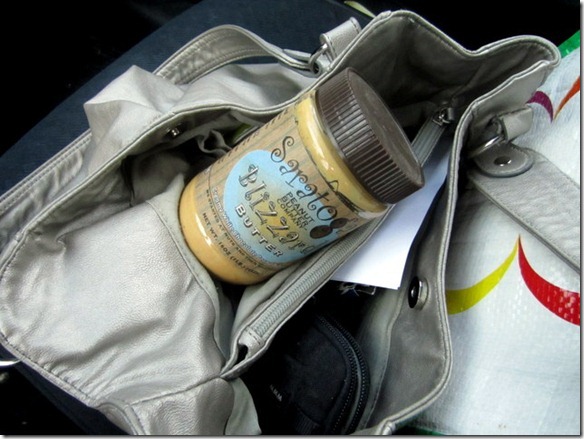 Let me explain why…this jar of Blizzard Butter has been in their house for probably almost a year. A YEAR. That is just a travesty, and I could not watch the poor delicious jar of BB sit untouched any longer…so I saved it.

If any of you have ever had Blizzard Butter (aka, the best white chocolate peanut butter EVER) then you probably understand my silly need to talk like such a fool about saving it.

Grocery shopping was also on the to-do list today, which included a quick stop to Target. While I was there, I happened to run across these…

Would you believe it? I first heard about the Candy Corn Oreos about a week ago and have been super curious about them ever since. I went back and forth on whether or not I wanted to try ‘em out, but ultimately I decided that I probably wouldn’t like them. I wasn’t really a fan of the candy corn m&m’s last year either, so I left them behind…

And decided to buy a bag of the real thing instead. 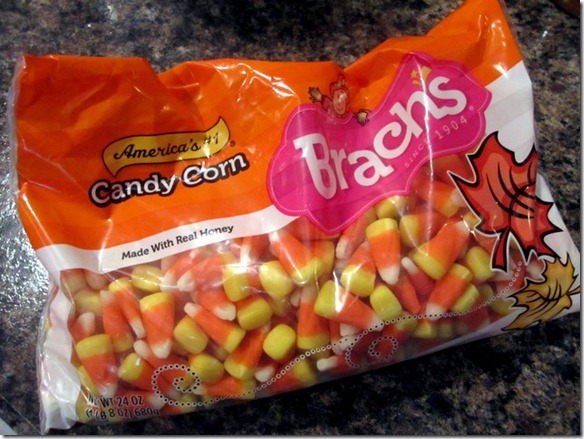 And so begins the candy corn consumption of the season. Bring. it. on.

One final new and exciting item I came across today? Chobani Flip! 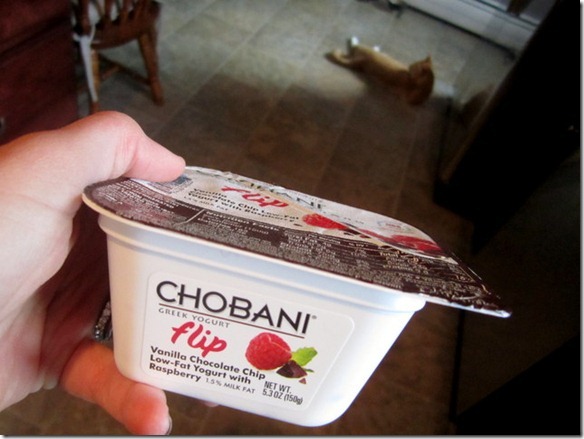 I’m already in love with their vanilla chocolate chunk flavor, so I picked up a container to try. 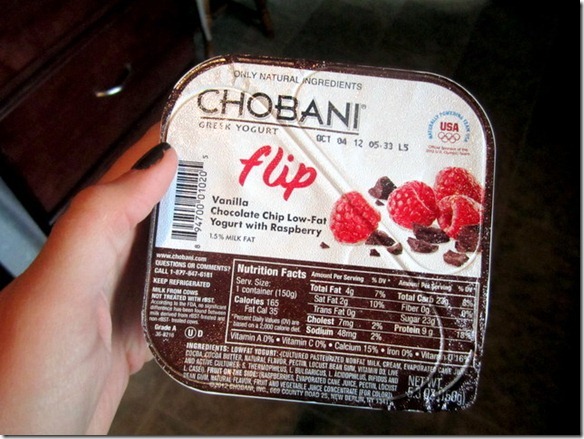 I’m thinking that I may have to pop this into the freezer for a few minutes later for a yummy after-dinner treat. Has anyone else tried these out yet?

Alright…I think I’m done sharing all of my food finds and steals for today. Time to go reheat some soup and bread for dinnahhhh!

Have you come across any new and/or exciting food finds lately?

« Homemade Soup and Bread
Brace Yourselves »