Good morning and happy weekend! How’s everyone doing this morning?

Jay and I spent our evening last night hanging out with my parents, enjoying a couple beverages and just having a good time. We were also preparing lists and making sure we have everything we need for our big trip tomorrow. (Does anyone remember where we’re headed? I only mentioned it verrrrry briefly about a week ago. Hehehe.)

I woke up super hungry this morning, so rather than dilly dally around, I got right to work on getting breakfast ready. 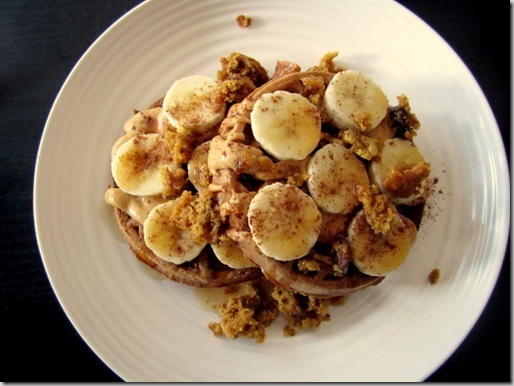 I toasted up two Van’s Lite waffles and topped them with some PB2, banana slices, cinnamon, a drizzle of light syrup, and a few crumbles of Banana Raisin Pumpkin bread. Looks pretty awesome, right? 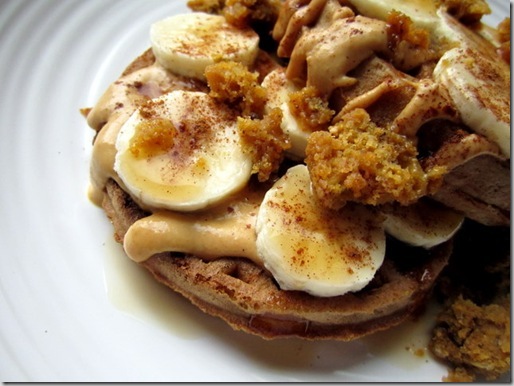 Unfortunately, they looked a little better than they tasted. Well, one of them at least. I’ve had the same box of waffles in my freezer for a while now. Case in point: the last time I blogged about them was on June 2nd; and the box was open well before that. So let’s just say that one of my waffles ended up being so badly freezer burned that I probably could have used it as a hockey puck. Total bummer. 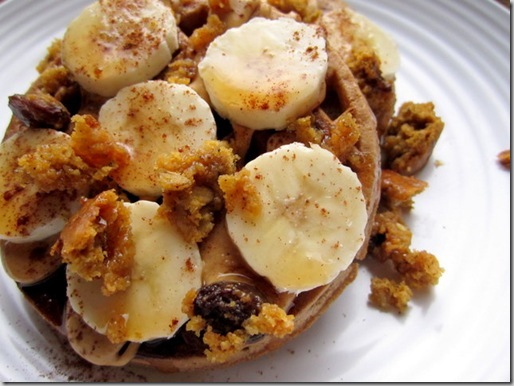 But hey, it wasn’t’ a total loss…I still had some great coffee and ONE good waffle to enjoy while sitting and watching some TV this morning. 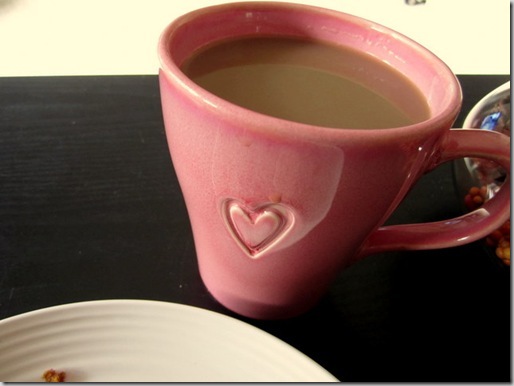 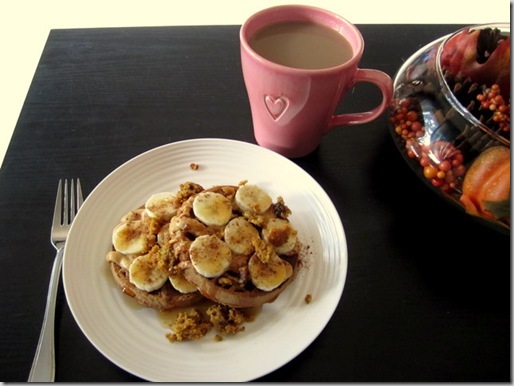 Later today, me and Jay are meeting up with our friends Sarah & Jeff and Brian & Mal for a fun afternoon out at Oktobeerfest!

The event is said to be full of a bunch of different breweries, along with live music, food, contests, and games. (You can check out the website here.) I’m sure it’ll be a fun time, especially with the group I’ll be with!

If any locals are heading up that way today, feel free to come and say hi!

Now hopefully before it’s time for us to leave, I’ll be able to bake the batch of cookies I need to bake, squeeze in a quick workout, shower, and get ready to go. Any bets on if I get it all accomplished?

Have you ever been to a festival like Oktobeerfest?

Would you rather attend a beer tasting or a wine tasting?