Not only was this past weekend awesome because it was Mother’s Day, but it was also pretty great thanks to a fun date night on Friday night and a casual Saturday spent at home.

For Friday, Lucas actually went to have a sleepover with his other grandparents (after having a sleepover at my in-laws’ the weekend before), so Jay and I had the night to ourselves. After we dropped him off at my parents’ house, we went and took care of a few quick errands (including craft supplies for some Mother’s Day gifts for the grandmas) and then headed into downtown Troy for some drinks and dinner. 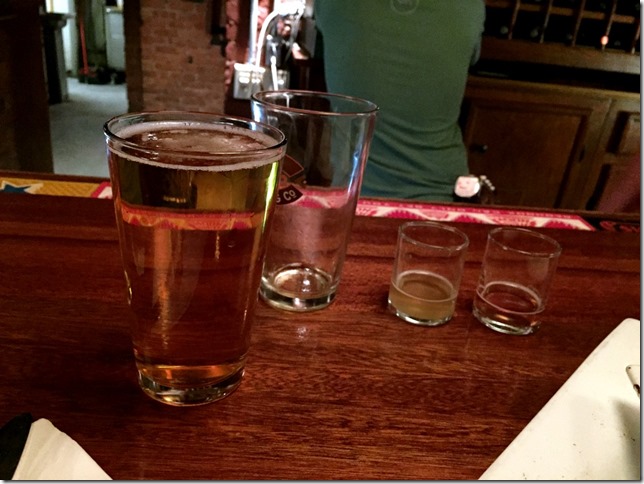 We had gone back and forth quite a bit when trying to decide where to go, and we ultimately wound up at Bacchus (one of the places we went on our first date night post-baby!). Jay has a slight obsession with wood-fired pizza, and I was in the mood for some good beer, so it was the perfect spot. We had hoped to be able to grab a seat outside, but they were all full when we arrived, so we took a seat at the bar and ordered some drinks while we waited for one to open up.

We were both pretty hungry at this point, so we decided to order their Shrimp, Spinach, and Artichoke Dip. And let me tell you…this stuff is serious. 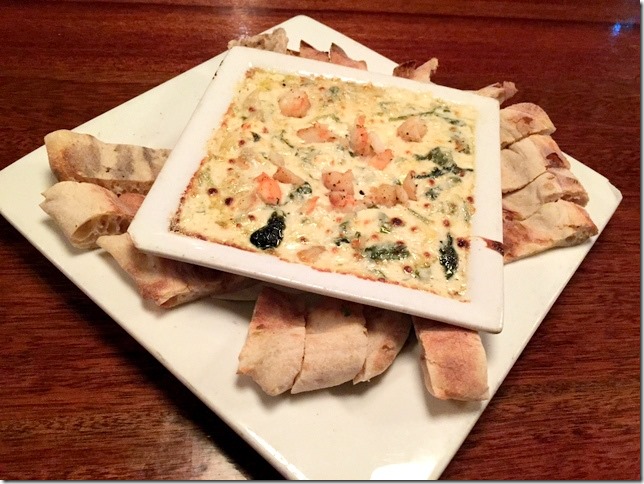 The two of us both sort of just looked at each other after trying a bite with an “ohmygod this is so freakin’ good” look plastered all over our faces. I’m pretty sure the bartender noticed because he made a comment along the lines of “yeah, everyone does the same thing when they order it” as he walked by. So much for our poker faces…

Right around the time we ordered a second round of drinks, a sidewalk table opened up outside, so we quickly headed out to get it. Had to take advantage of the absolutely gorgeous night! 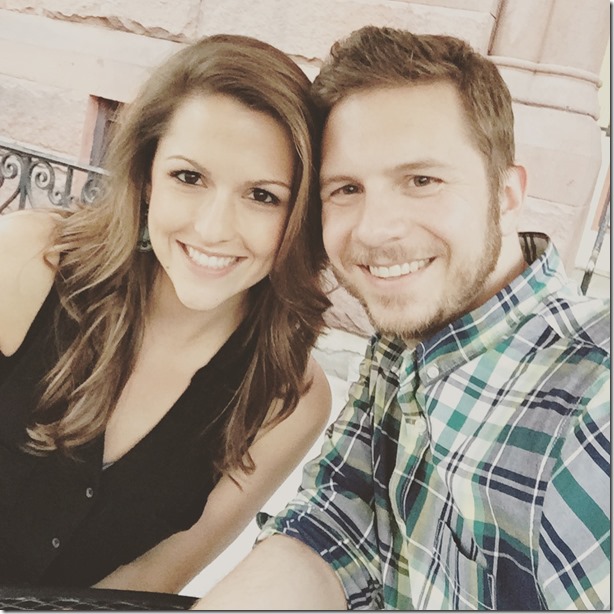 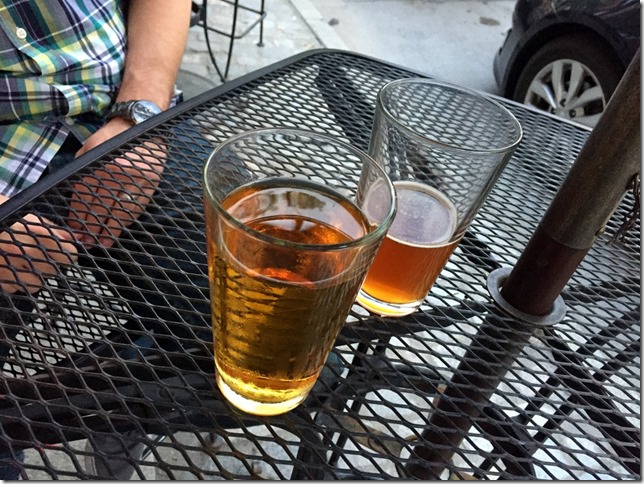 Too bad I can’t even remember what kind I was drinking…but they do always have an awesome selection on tap.

The sidewalks were pretty busy, thanks to there being an event across the street at the Troy Music Hall. Both of us were saying that we’ve never been in there, but apparently they have some awesome acoustics for the concerts they put on. 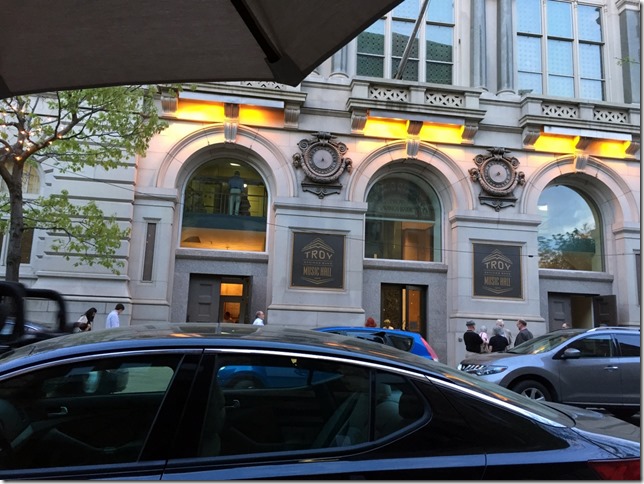 Perhaps we’ll have to check something out sometime soon!

Shortly after we got out to our table, we also ordered a pizza to share, with red sauce, mozz, spinach, roasted chicken, and red onions. 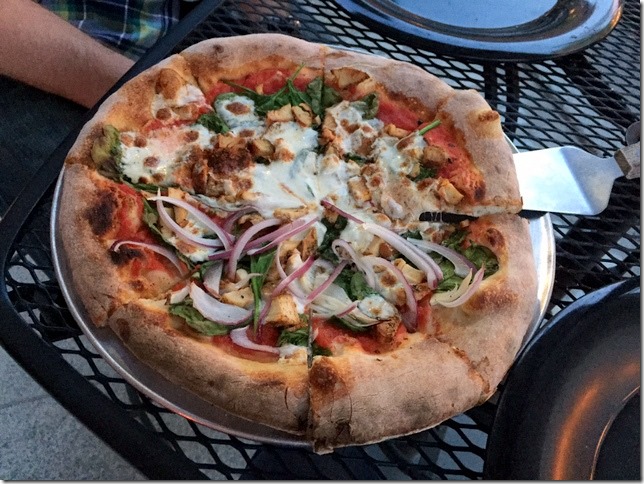 It was okay, but it actually wasn’t nearly as good as I recall their pizzas being in the past. Not sure if they changed something or if we just got unlucky, but hopefully it’s the latter.

We didn’t wind up leaving Bacchus until a little before 10ish, and since we’re super old and lame, we called it a night and headed home. Friday nights are tough, aren’t they?! I’m so done by like, 8pm.

The two of us enjoyed a quiet Saturday morning for a short while until my parents came to drop off the little man. He had a great time with grandma and papa…not that I was surprised! 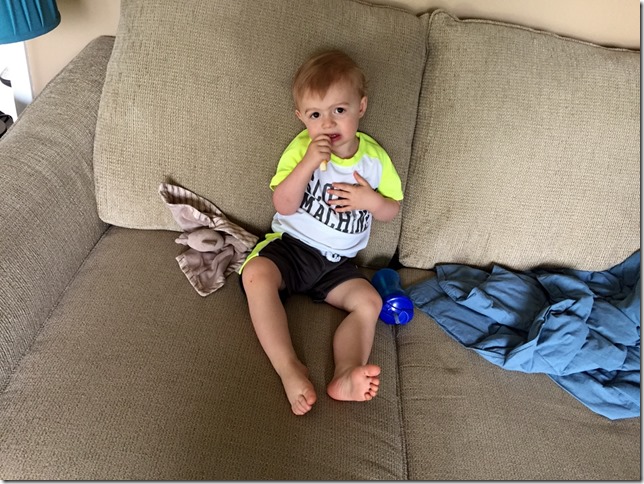 We ended up doing some various chores around the house all day Saturday, including some cleaning, packing, laundry, and uncovering the pool. 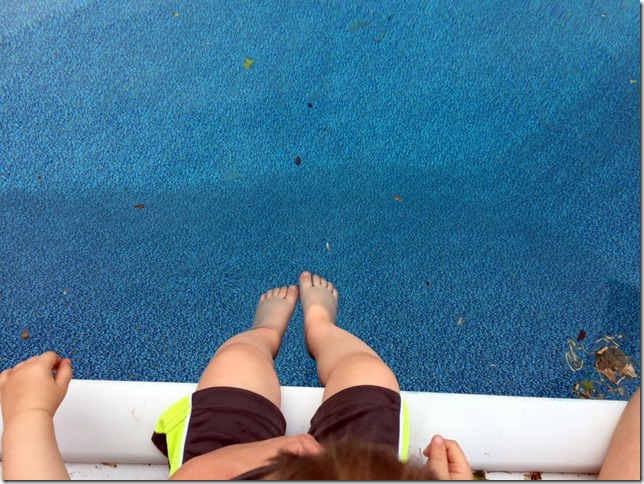 Lucas has become slightly obsessed with looking at the pool, saying pool (“poo”), and splashing his feet in the pool. As for actually going IN the pool, well we’ll see…since he definitely was not a big fan of it last year. 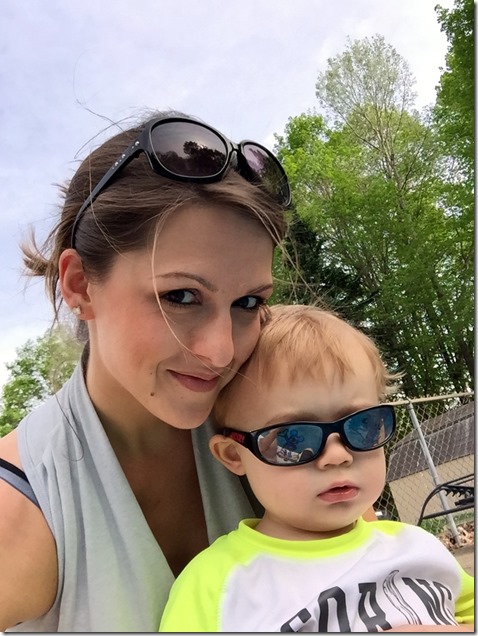 Then again, I don’t think we will see if he’s a fan of it, and that makes things just so bittersweet for me. I mean, don’t get me wrong…I am beyond thrilled for the fact that we’re going to be moving and building a new home. It’s something I’ve always known was in our future, but I am just having a really, really hard time with the whole moving thing and leaving things behind…

Just the pool itself comes with so many great memories like pool parties, Lucas’s first birthday, and so many more. Before I ever started blogging, we were also pretty good at throwing a good pool party and those memories will stick with me always (Joe and Kate, you with me?!). 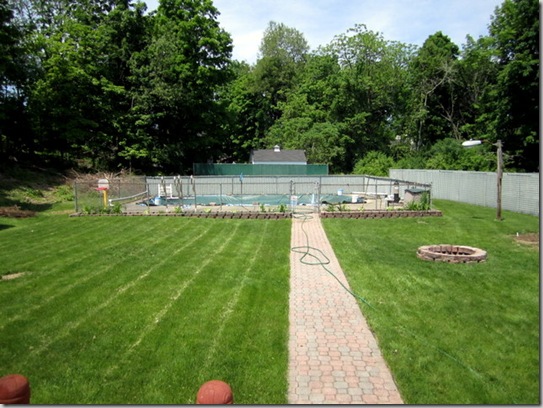 Plus, there’s all the memories of me coming here as a little girl. My parents, brother, and I would come up on a Saturday or Sunday and hang out ALL day by the pool with grandma and grandpa. My grandpa would have his Budweiser beers in his little cooler, while also snacking on ring bologna with Ritz crackers and cheese. And if my brother and I jumped off the diving board once, we must have jumped 1,000 times in one day…my poor parents and grandparents. I’m pretty sure every jump also came with a “Hey mom/dad/grandma/grandpa! Watch THIS one! What would you rate this canonball/pencil/flip/etc on a scale of 1-10??” Oh, I get exhausted for them just thinking about it. 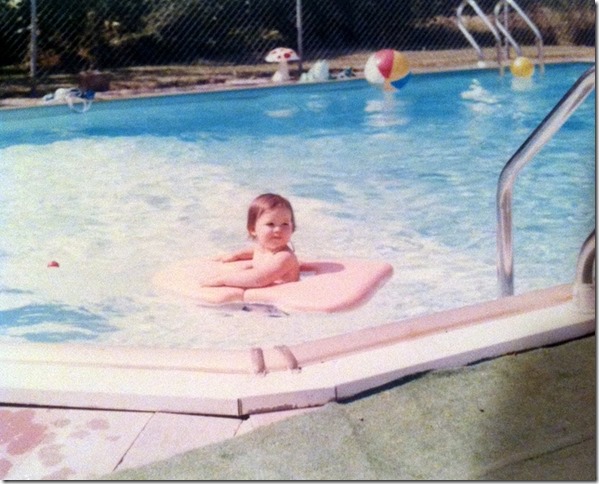 I don’t think I was jumping off of diving boards there, but you know what I mean.

Sorry for the trip down memory lane, but I can’t say it’s going to be the last time over these next couple of (very fast moving) weeks. I’m a rather emotional person as it is, and all of this moving stuff is just leaving me feeling all the feels. We know it’s time to move on, but that still doesn’t make it any less bittersweet…

BUT, to end things on a slightly lighter note, I’ll end with some photos of Lucas that he took of himself as we were texting with Sarah on Saturday night. He was getting a kick out of making faces for the camera, taking his picture, having me send it, and waiting for Sarah to send one back. 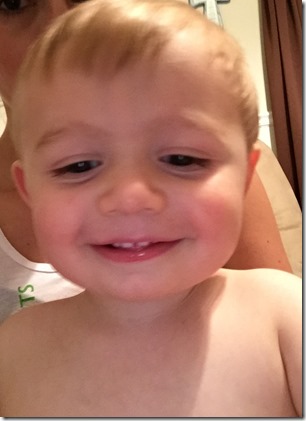 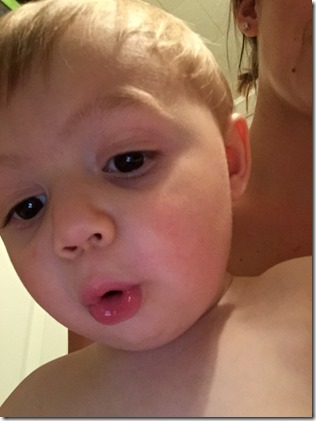 You’re welcome, Sarah, for not posting your silly face pictures.

Alright my friends, I’m off for today…I’ll catch ya tomorrow! <3