Oh man, I am so behind today! But it’s definitely not a bad thing, since it’s all from being quite busy from a fun-filled weekend.

We got things kicked off Friday evening after work with some running in the rain, delivery pizza, and sparkling rosé. 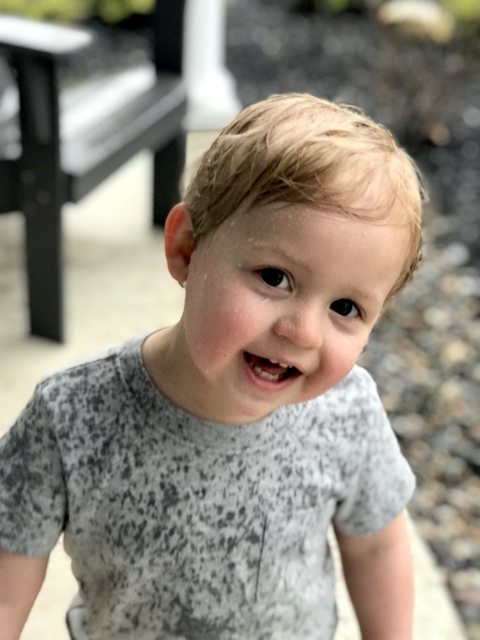 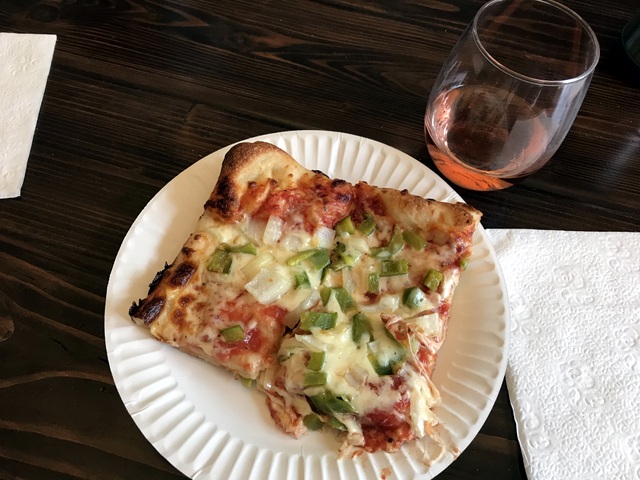 Definitely not a bad start, right?! Oh, and this Mionetto Rosè is FABULOUS. So, so good!! 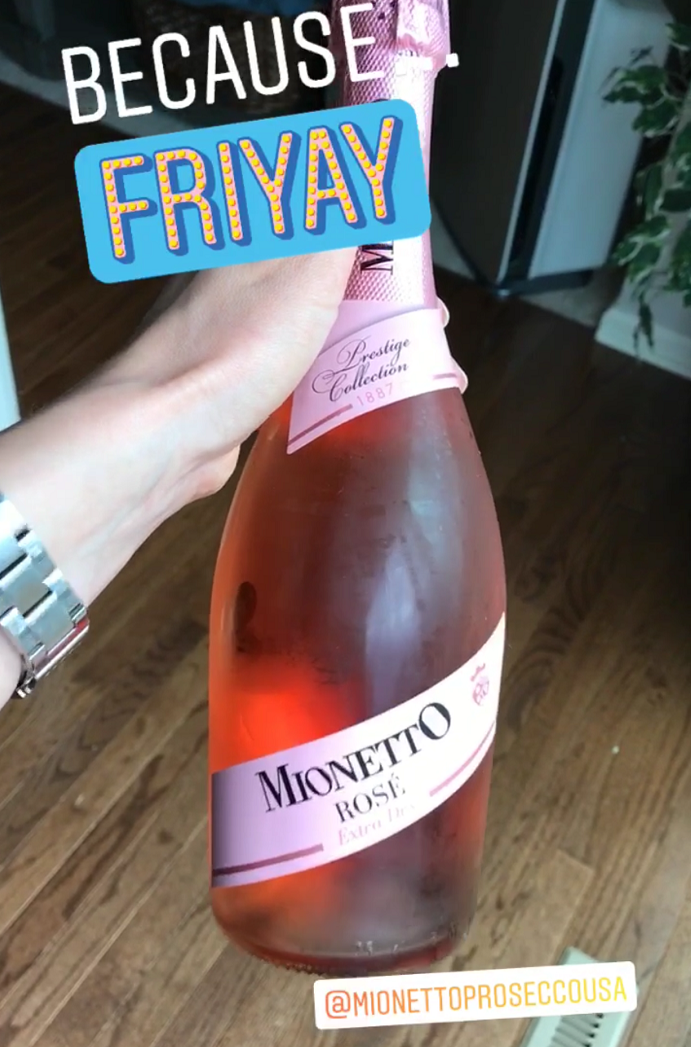 Saturday was the busiest of days, from start ’til finish. My parents picked Lucas up early for breakfast and then surprised him with a trip to Home Depot to do one of their kids workshops. 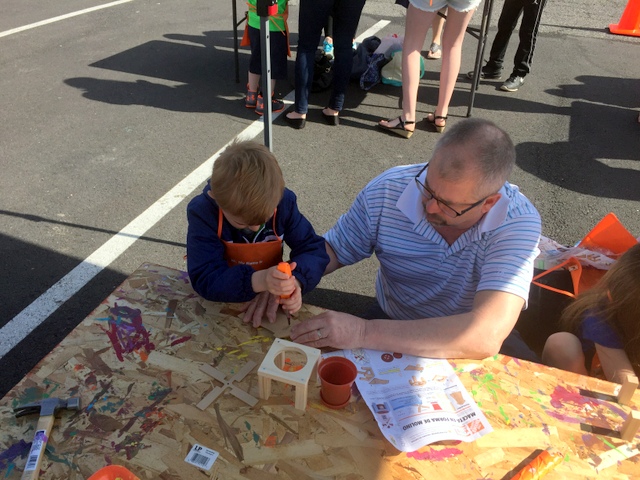 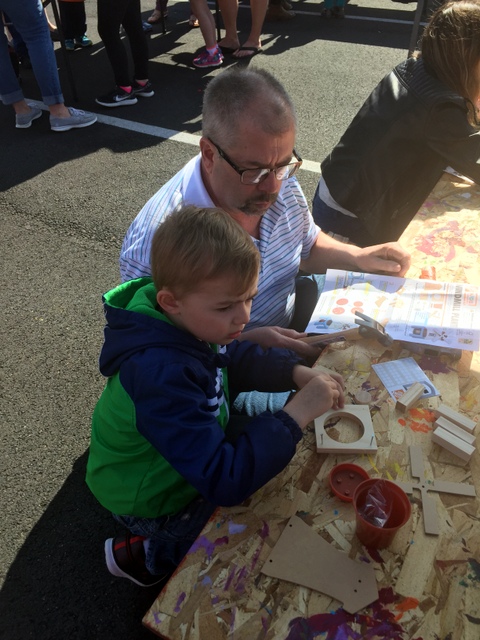 He made a little windmill planter and it turned out so cute!

Saturday also wound up being very much of a “Mommy and Alex” day; first we hit up the grocery store together, and then the two of us were off to a birthday party. 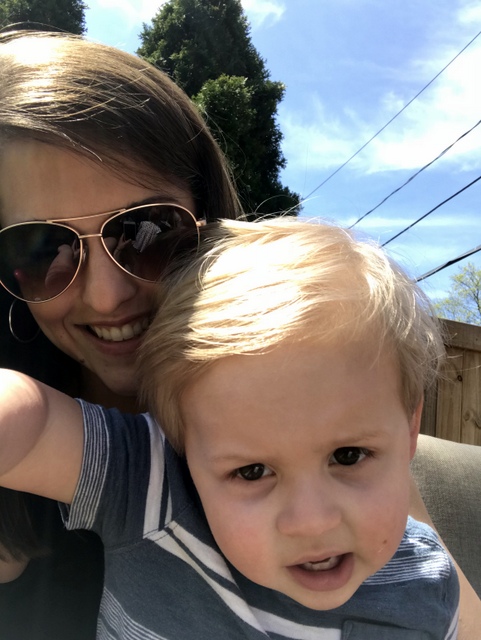 Unfortunately, it was one of those “divide and conquer” sort of days, since Lucas had a tball game right in the middle of the birthday party. So Jay went with Lucas to his game, while I attended the party with Alex. 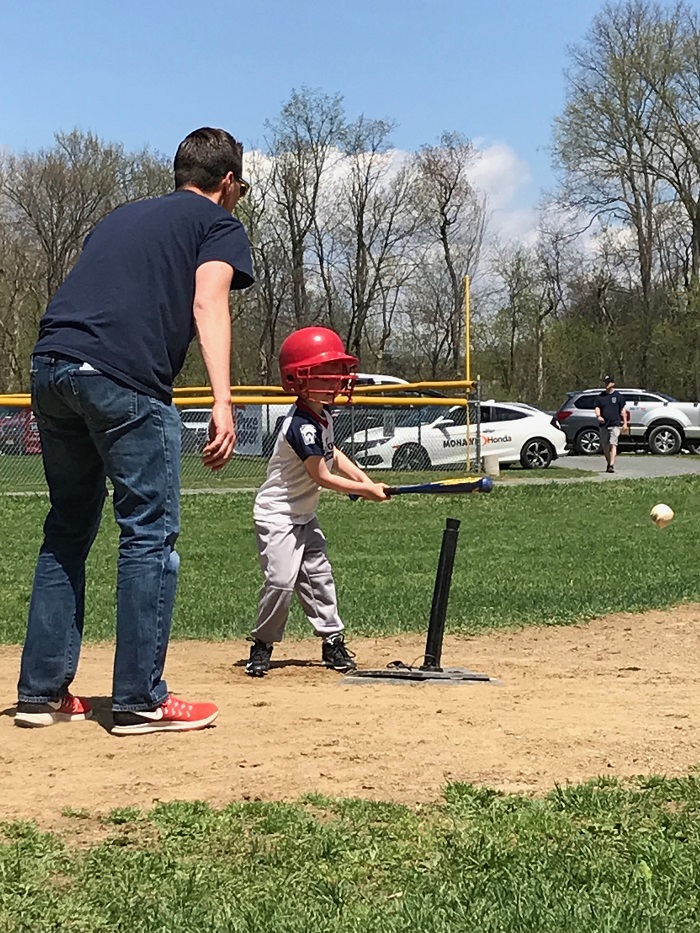 The party was actually for Brian and Mal’s little girl, Emmy, who’s already turning one — so hard to believe! 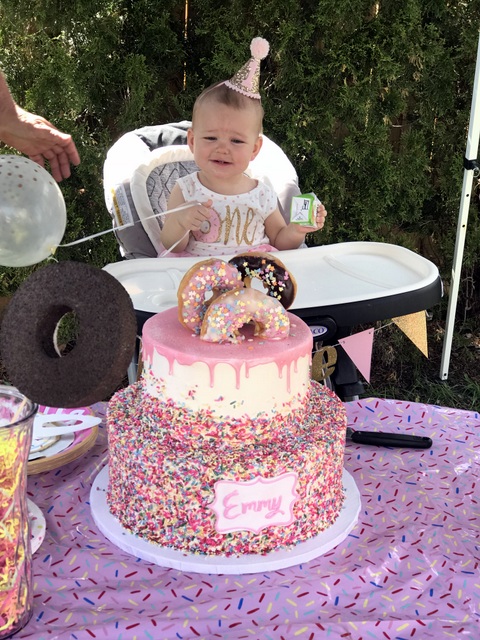 The weather was gorgeous on Saturday, so we spent the entire party outside in the sunshine, and the kiddos got to run around while the parents (attempted to) chat and catch up a bit. 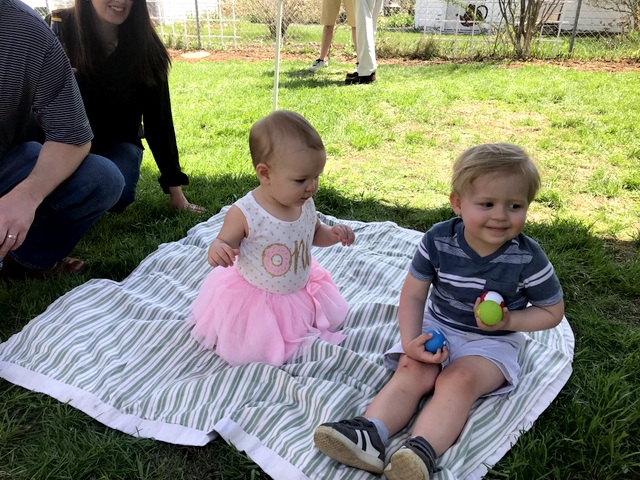 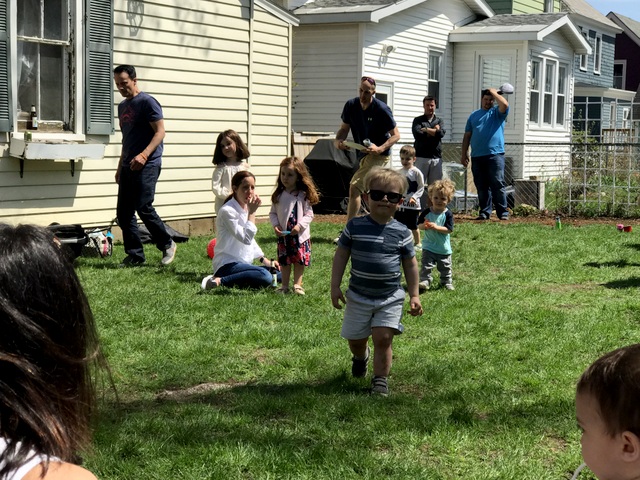 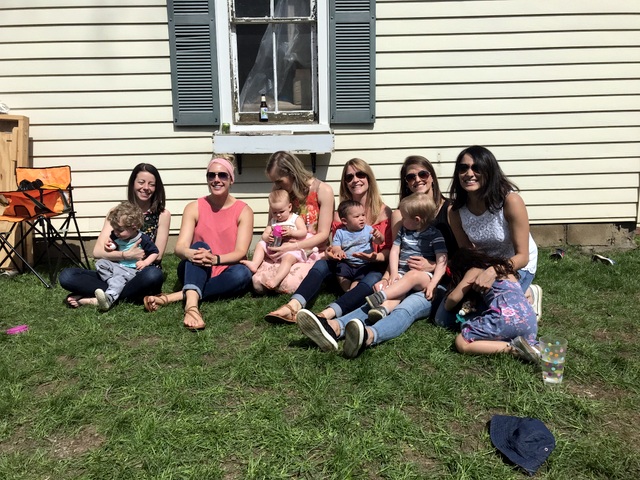 I just love these mamas and their kiddos <3

Parties sure are tiring… 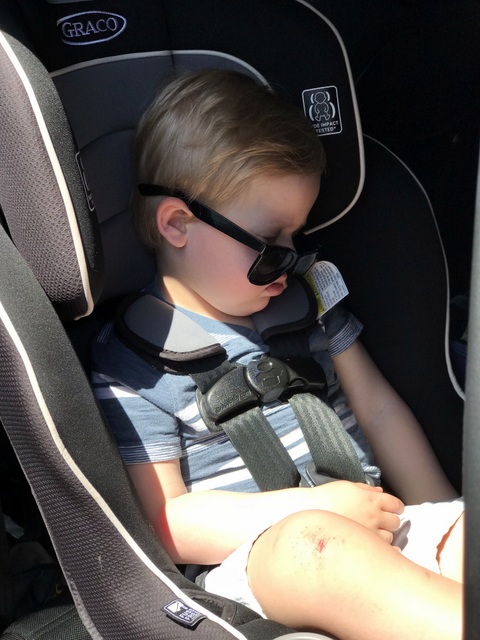 Once we were home for a bit, we were back out the door to head across the street to our new neighbor’s house for a little “Derby de Mayo!” All complete with the most insanely delicious pomegranate margaritas, a delicious spread of Cinco de Mayo specialties, and lots of time and fun for the kiddos to run around and play. 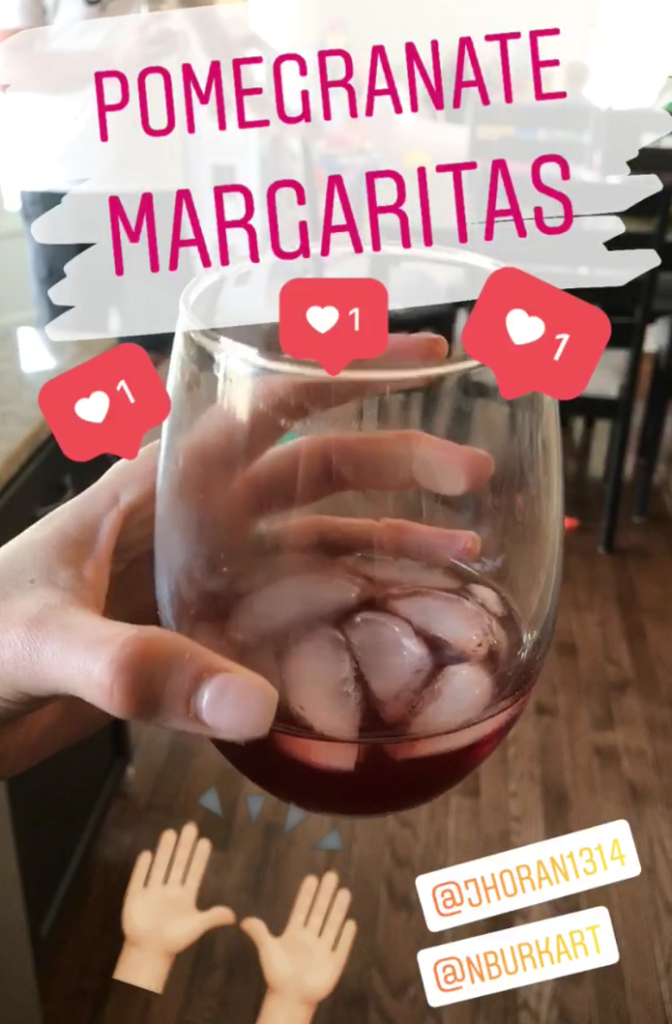 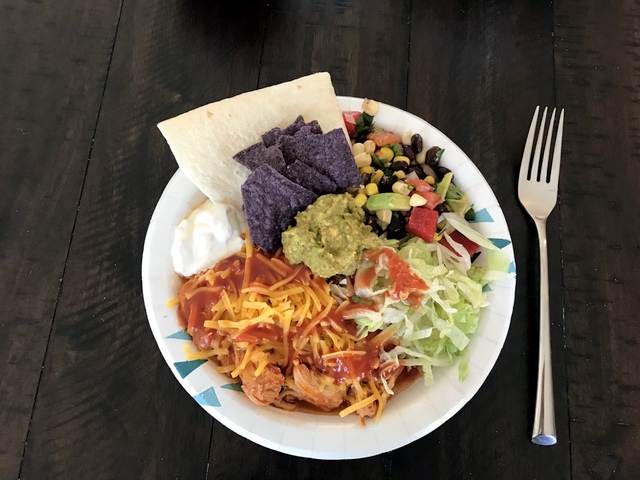 I’ll tell ya…it had been a while since I had me some tequila, but it was quite tasty!

Sunday was a rainy, dreary day. We all wound up lounging around in our PJ’s until at least noon and enjoyed some more Kodiak Cakes for breakfast. 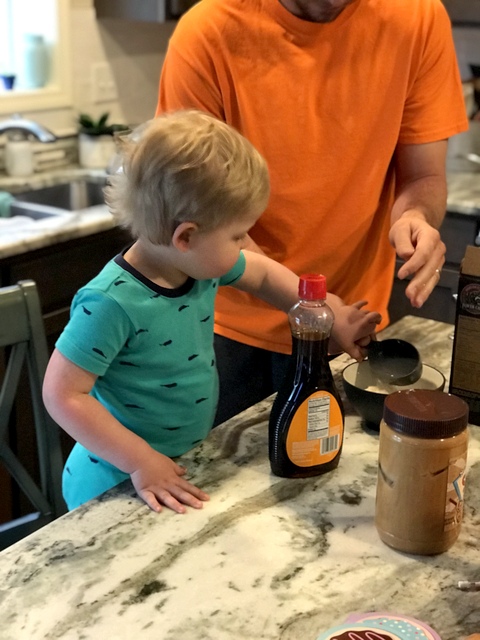 Later that afternoon, we were over to another neighbor’s house for more fun, great food, and time for the kiddos to get together to play again. 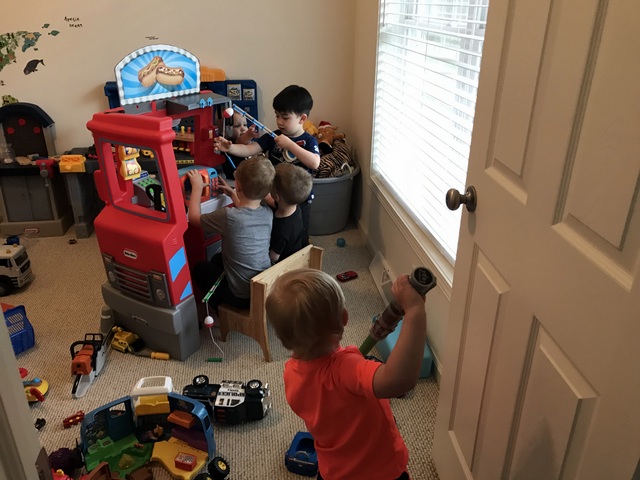 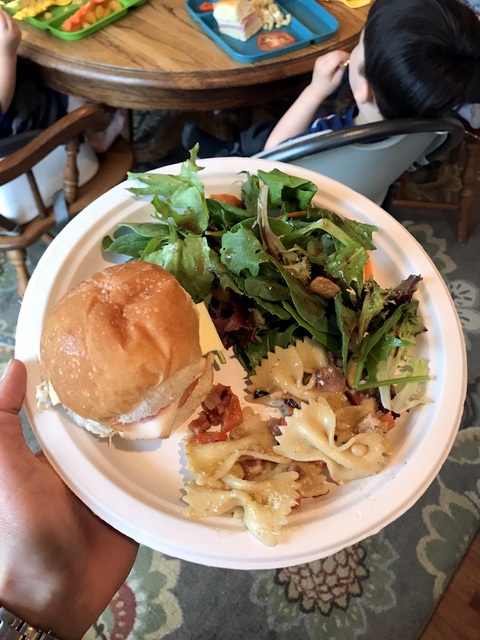 We just love this crew (and watching these kiddos grow up together!). 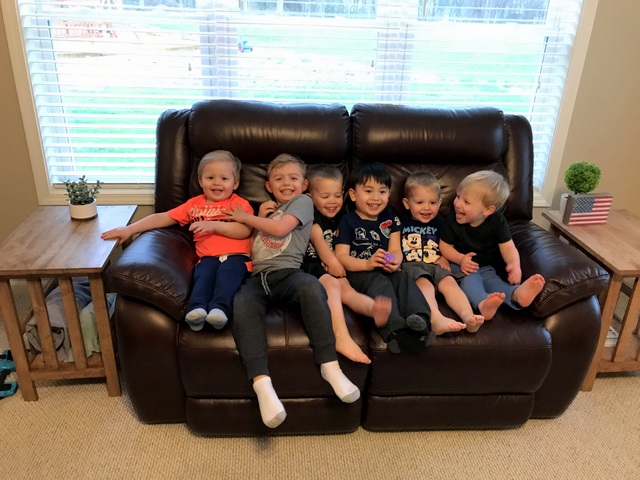 I know I missed out on putting up yesterday’s Meal Plan post, so here’s a recap of the meals we did eat and enjoy last week: 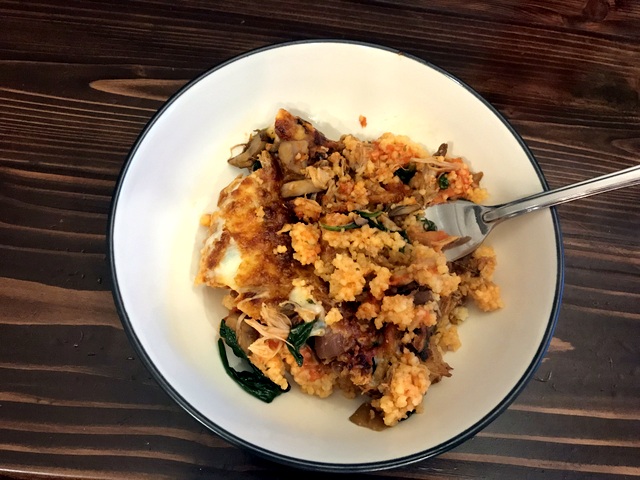 This was good, despite the fact that I overcooked the cheese on top (wahh!), and worked great as leftovers for lunch during the week! Jay and I even ate it with the mushrooms, which we’re tryyyyyying to like. ; ) 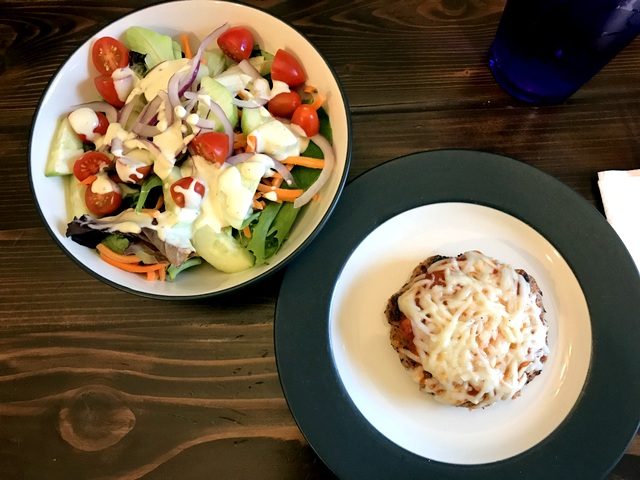 At this rate, you can pretty much bet on the fact that we’re going to have some sort of chicken burgers every week. They’ve just proven to be so easy to put together, the boys like them, and they’re GOOD! 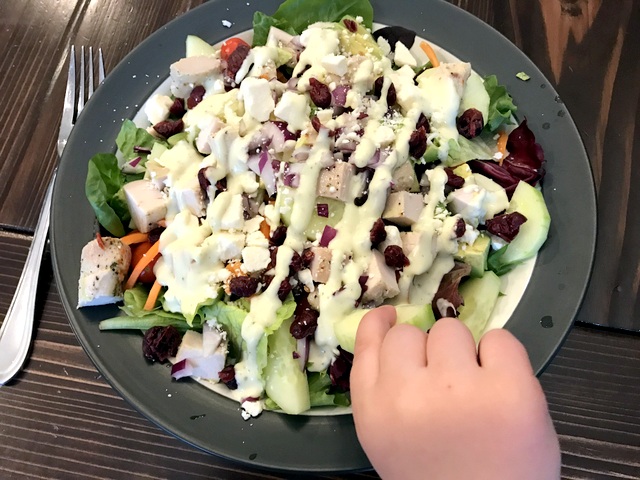 We don’t do salads too often for dinner, just because we usually have them for lunch, but this was a nice change up. Especially since the chicken was already cooked, they were ready to go quickly. 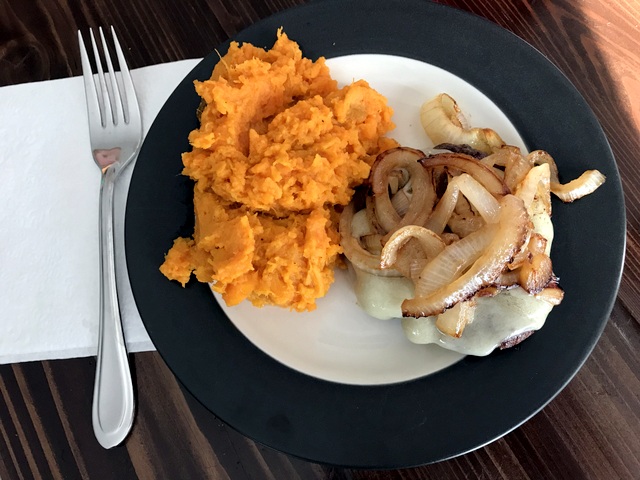 Another week, another batch of those mashed sweet potatoes! And honestly, you cannot beat a burger with caramelized onions, amiright?!

Hope you all have a great week ahead!