Good morning! Welcome back to Monday, everyone. Hope you all had a great weekend. Of course, in case you’re just catching up, here’s a little of what ya missed:

By the time me and the man got home last night, had dinner, and sat down to watch the Grammy’s, it was later than I expected and I really just felt like straight chillin’. So now, let me catch ya up a bit on what I was too lazy to share with you yesterday.

For a few months now, Jay and I have been talking about getting some floor mats to put down in the basement for where we work out. While we were out at Sam’s Club yesterday afternoon, we came across a pack for a pretty good price, so we decided to grab ‘em. 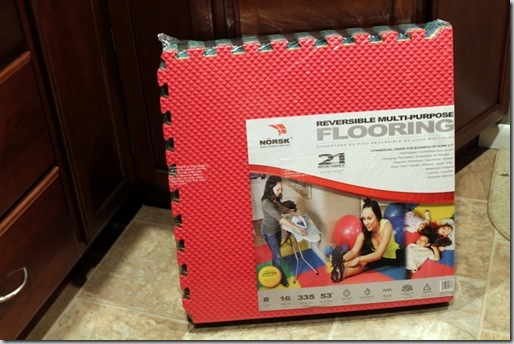 They’re reversible, so we can even make ‘em nice and rainbow-like. Talk about a nice wake-up call in the morning, right? 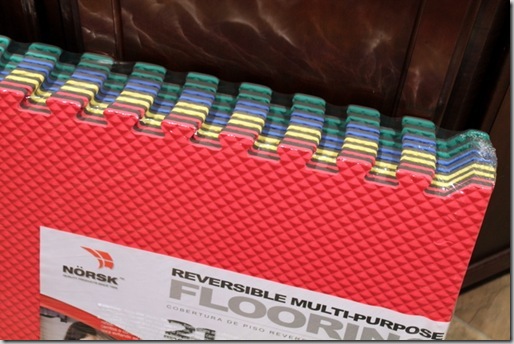 But whether we use the colored side or the grey side, either one is going to be better than the rug we currently have down there. That thing has been a pain in the butt to keep moving around. 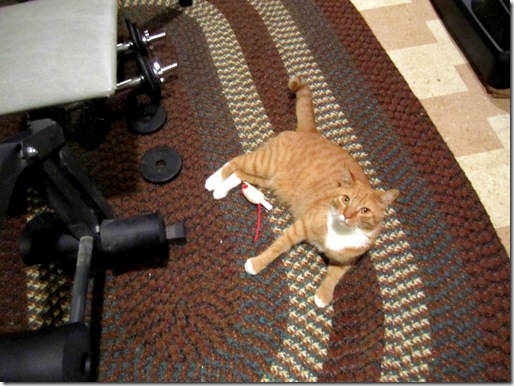 After shopping and stopping for a few hours at my in-laws house, Jay and I came back home to make a quick dinner. I was absolutely starving and was about ready to eat anything that was put in front of me, but thankfully, we had a quick fix.

I ended up picking up a box of these Gorton’s Simply Bake Tilapia filets at the store earlier this week, and figured last night was the perfect chance to give ‘em a go. 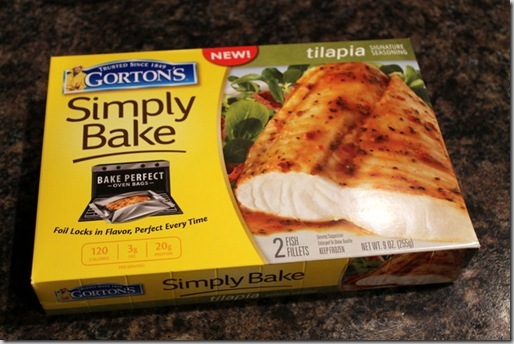 This fish surprisingly exceeded both of our expectations. Seriously, this stuff was good! It cooks up in individual bags, so you literally just pop ‘em out of their respective bags, plate ‘em, and eat. The fish was flaky and tender, and the seasoning (while a little excessive in the bag) was full of great flavor. 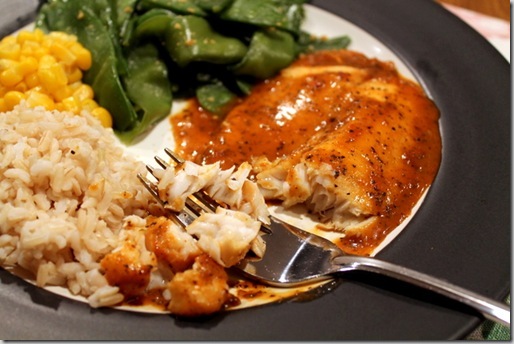 To make for a super easy, complete, and lazy dinner, I cooked up a couple bags of frozen veggies (snow peas and corn) and reheated some leftover brown rice I found hangin’ out in the fridge. Done and done! 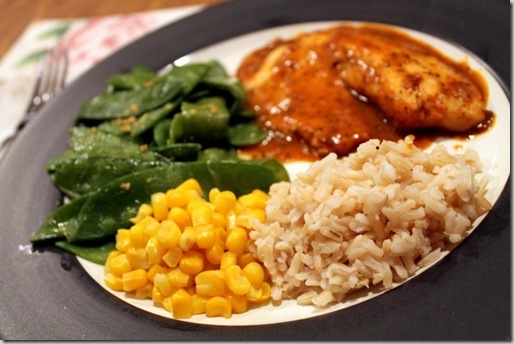 Hey, some nights, frozen fish and veggies with reheated rice is just the way to go. I’m not ashamed. 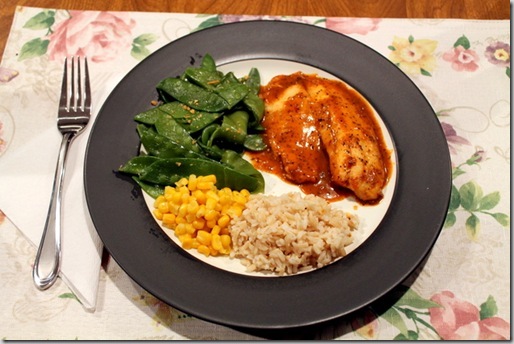 Shortly after dinner, as Jay and I were sitting and chatting, we had an unexpected visitor come up and join us. Codeman literally just hopped up into my lap out of nowhere. 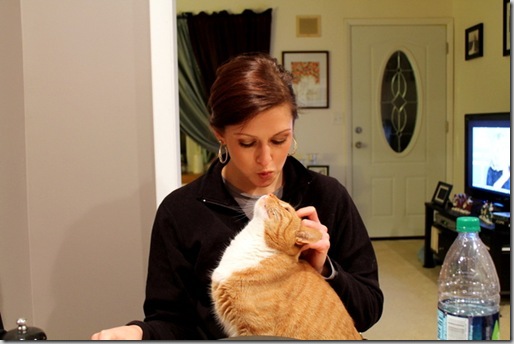 He really must have missed us all afternoon? Either that, or it was later than usual for our dinner and it was cutting into his usual couch cuddles time. 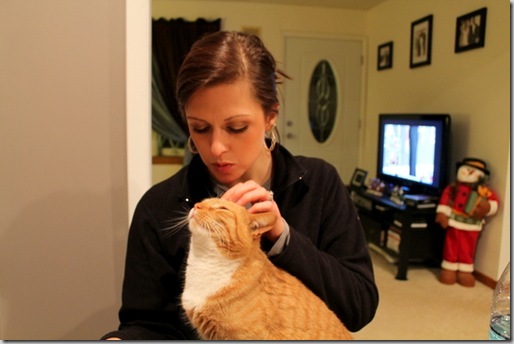 Immediately after dinner, which I basically inhaled, I was still in need of a little something sweet, so I put together a little snack plate. 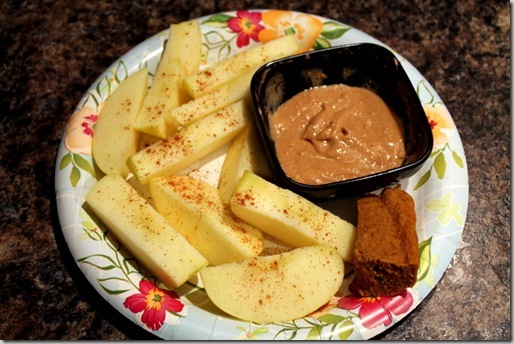 A golden delicious apple sprinkled with cinnamon, a batch of Honey Cinnamon Peanut Butter, and a small pumpkin protein bar (my fourth for the day). You know, these types of “desserts” that I’ve been having are actually becoming so much more enjoyable than I would have thought.

A little over a month ago, the only “dessert” in my mind was cake, cookies, ice cream, or something chocolate (<—not that they aren’t all incredible), but I actually find that I’m still not missing them nearly as much as I was before starting the nutrition plan. Crazy.

Speaking of which, I know that many of you have been asking for updates, and I’m planning on sharing some with you all a little later today! I’ll be putting that together once I get back from work this morning because, ya know, that’s where I am right now.