Even after only eating half of last night’s jumbo burrito, I still woke up feeling pretty full this morning.

My sluggishness wasn’t putting me in much of a mood to exercise, but I knew I’d feel better if I did, so I suited up to get ready for a light workout. I decided on Jillian Michael’s 30 Day Shred, followed up with a quick 1-mile run on the treadmill. I debated on throwing in some yoga, but this was really all I was in the mood to do today.

Fortunately, the workout got the tummy ready for some breakfast…and a good one at that! 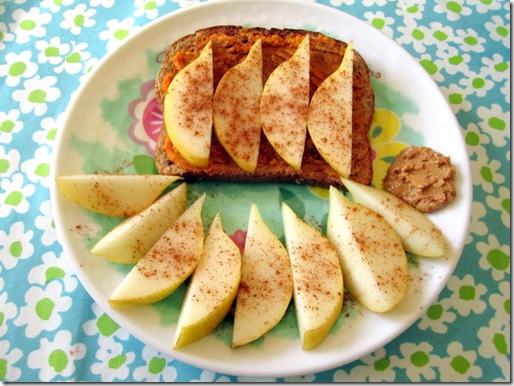 I toasted up a slice of Nature’s Pride Hearty Wheat with Flax bread that I received through the Foodbuzz Tastemaker program. I’ve had this bread a few times already without mentioning it on the blog, and it is REALLY good! 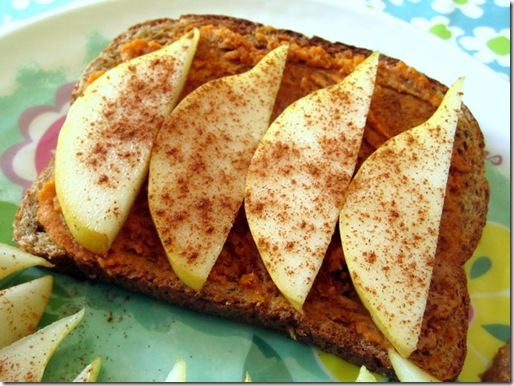 On top of the toast went some pumpkin, peanut butter, pear slices, and a dash of cinnamon. The sweetness of the pear plus the cinnamon totally brought me back to the days where my mom would make me the best-ever cinnamon-sugar toast. That stuff used to be my jam! 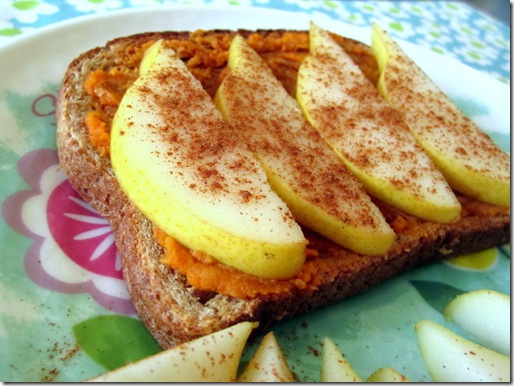 Along with my toast, I snacked on the rest of my pear with a little extra peanut butter for dipping. 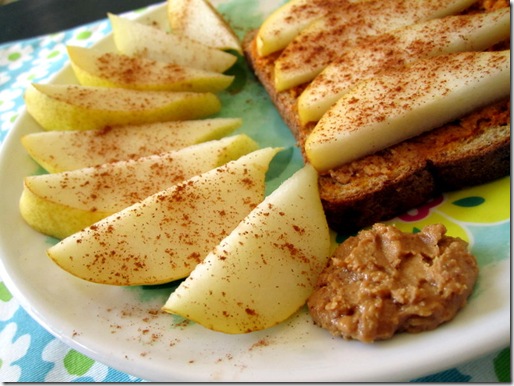 And, of course, some coffee. Check it out! It’s finally getting closed to iced coffee weather! 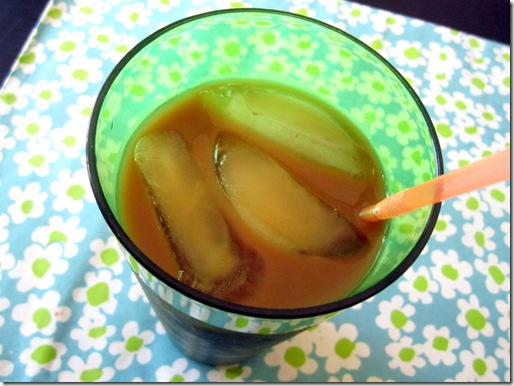 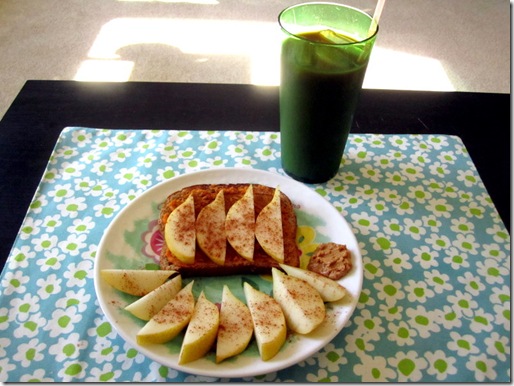 A few hours later, after taking care of a lot of stuff, it was time for some lunch. I really wasn’t in the mood for much more than a smoothie and a muffin, so I went with it! 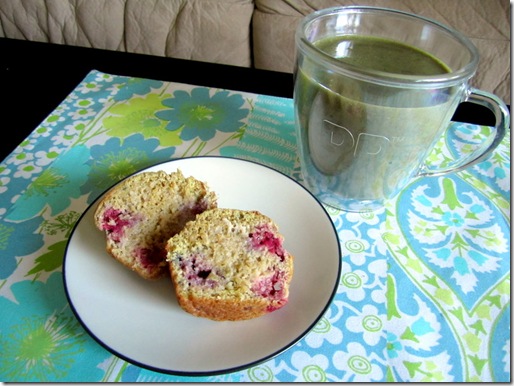 These Lemon-Raspberry Muffins are addicting!! 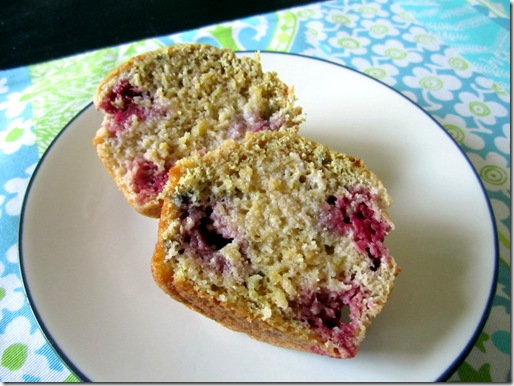 My smoothie was another Strawberry-Banana Green Monster, but this time, I decided to add a little extra ground flaxseed meal + chia seeds. 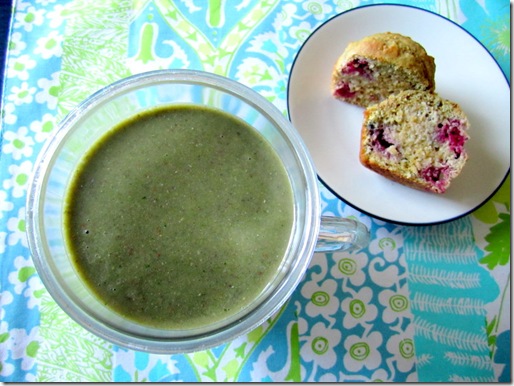 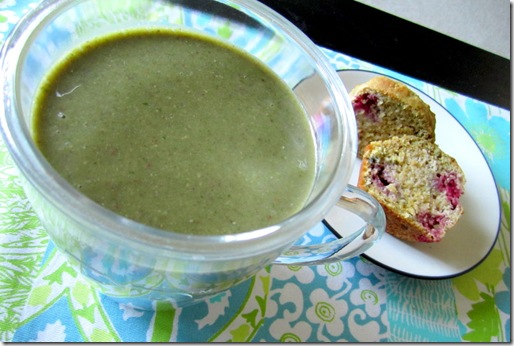 After further examining my breakfast and lunch (because I’m cool like that), I realized that I’ve got a pretty good start on my fruit variety for the day:

Not too shabby, ehh?

Now if only I could do that with my veggies, too…

**Did ya see that I switched up my “Featured Recipes” over to the left?? I decided to bring back some oldies but goodies!

What are your favorite fruit combinations??

I’m a big fan of strawberry/banana, but I also love mixing tropical fruits such as pineapple/papaya/mango, too!