Well happy Wednesday to you all! How’s the work week going for you so far? Things are pretty steady over here, can’t complain!

When I sat down to write this post together last night, I realized there was no way it was going to be any kind of organized. I have a bunch of random things I want to share and/or blabber on about, so how about we break out the ol’ tangents post! It’s been a while, right?!?

So I have seriously been lacking in the veggie department. Like, bad. I purposely prepped a few salads for myself over the weekend to have for lunches over the week, just so I could try to get SOME in (because I haven’t even had the desire to make extra for dinner if they aren’t already in a dish). 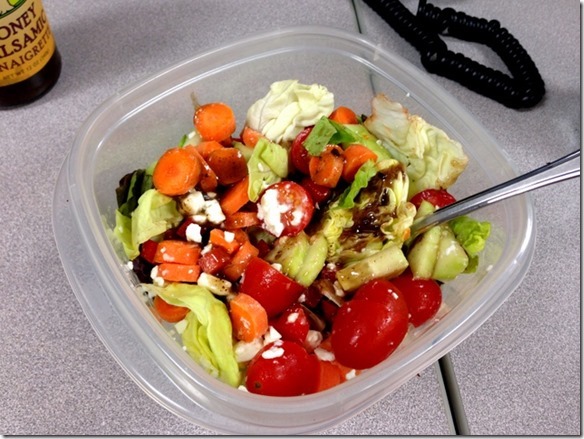 Thankfully they’ve tasted delicious and have, once again, reminded me that veggies actually do taste good. I think it’s just been more about the lack of desire to prep them. I don’t think I packed one lunch for myself all last week, and that’s just bad.

Speaking of bad…I am doing a really bad job at meeting this week’s challenge for the Shape & Men’s Fitness Fitbit Blogger Challenge (<—have ya checked out the site yet and entered to win a Fitbit Charge?!). Our challenge this week? “Push yourself for a 15K daily step goal this week, if you put your heart into it the rewards you reap will be worth it!” 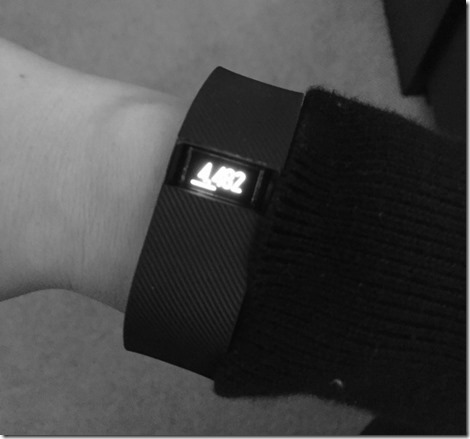 The past couple of days I’ve been low, just thanks to being busy at work and not being able to get up and move a lot. I’m going to try and get in a good run later this week for a workout, and maybe that will help up my steps a bit, but I guess we shall see.

source – I think they’re on to something!

Speaking of workouts…I think for maybe the first time ever, I actually got up early Tuesday morning, got into my workout gear, and then once I sat down to my computer to open up a workout video for the day, I ended up just sort of…sitting there.

And about 15 minutes later, when it was way too late to even attempt to start anything, I decided I just was not in the mood. I mean, I beat the biggest challenge just by getting up and getting dressed so you’d think I’d be golden, right!? But no…I just was. not. feelin’. it.

But other than that, workouts have been going well, and I’ve still been averaging about 3-4 mornings per week + 1-2 workouts on the weekend, depending on what I got done during the week. Most workouts are still short and sweet, and almost always a video of some sort – I don’t have the brain capacity in the mornings to come up with a workout on my own!

Speaking of not being able to come up with a transition for here…my hunger yesterday was out of control. Like, I could not keep full no matter what I ate, and my snack stash at work now needs to be replenished. 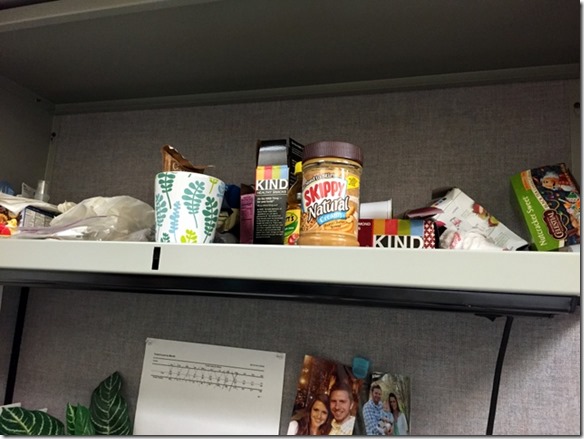 I think that’s the first time I’ve ever shown off my snack drawer/bin to anyone. You guys are special.

Speaking of special…I had the chance to capture this funny moment of my two boys yesterday morning. 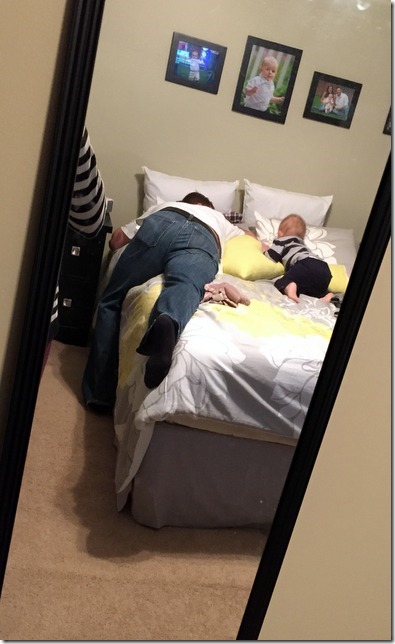 They sure are special, in more ways than one. Lucas’s latest thing is basically flinging himself on to pillows, couches, beds…anything soft (let’s hope it stays that way), and Jay joined in on the fun yesterday morning.

Speaking of yesterday morning…here’s an outfit that I pretty much regretted immediately after leaving the house.

I don’t know what I was thinking, but that scarf and the jeans totally did not match so, needless to say, I lost the scarf ASAP. I was also running crazy late (no surprise there), so I didn’t leave myself any time to change.

Oh, and here’s another recent outfit from this week, just for the heck of it. 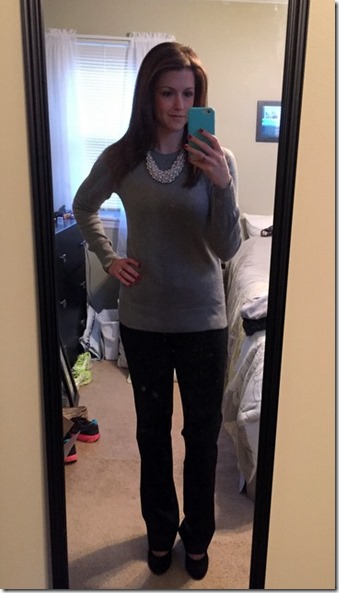 And just for the heck of it…a co-worker of mine shared this article with me yesterday: 46 Reasons Why My Three Year Old Might Be Freaking Out. It’s hilarious and bound to make you smile!

Speaking of things making me smile…it’s Wednesday, we’re half way through the work week, there’s only two short weeks left until Christmas, and I’m treating myself to a Starbucks latte this morning. #winning