1. Twenty more days until I turn the big 3-0! Holy craziness.

2. For the past two nights, Jay and I have thoroughly enjoyed some Sausage and Tortellini Soup for dinner. 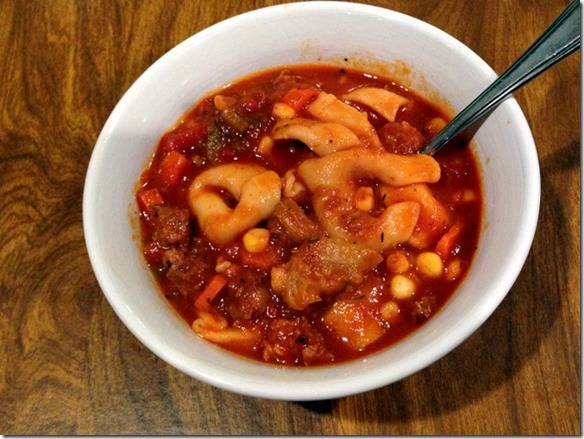 I totally forgot that I had made this recipe back when I was pregnant and divided it into two portions; we ate the first portion a while ago, but I just came across the second portion in the freezer earlier this week, which I had totally forgotten about!

Last night, we served it along with some crescent rolls that we had on hand (and Jay actually fed me most of mine while I was co-hosting the Lands’ End twitter party). 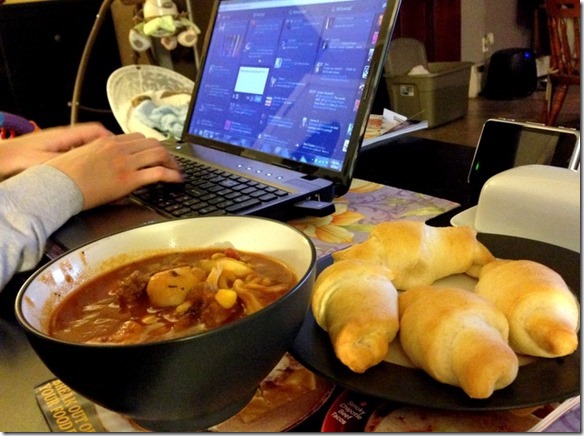 But seriously. That soup is awesome. I would highly recommend it!

3. This week, I was supposed to start working on a campaign for a very well-known company and, to be honest, the pay was pretty damn awesome. However, after researching a bit more about said company, I discovered a lot more about their practice of using GMO’s in many of their products, so I made the decision to back out of the campaign. It stinks to lose out on the money, but I’d much rather do that than promote something I don’t agree with (even if I may still eat some of those things…I know, contradictory much? I think it’s time to start weeding out some of the bad stuff…).

4. I was SO pumped to find out that Target was still selling my favorite slippers, and they are 50% off right now! I think it’s ‘bout time to trade in my old ones for the new… 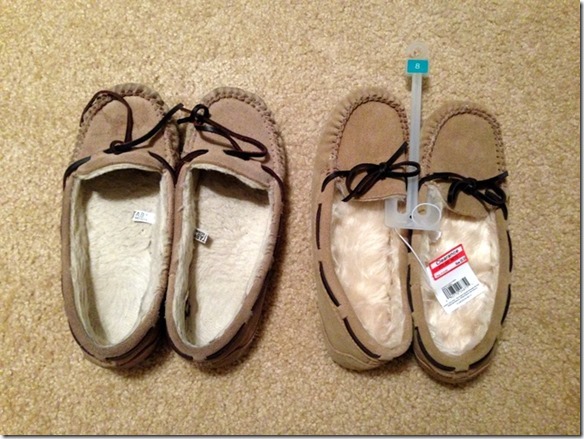 5. You know that awesome feeling when you get everything finished on your to-do list? Yeah…me either. 7. Over the past four days, I have managed to get three after-work workouts in. They’ve been short (two sessions of 10lb. Slimdown + 1 session of T25) but effective, which is what works for me right now.

8. Remember how I told you guys that Lucas had his first tooth come in? Yeah…well, turns out, I lied. Apparently, it was something like an Epstein pearl, which is a callus that can form from sucking. Makes sense, I suppose. I think it’s since gone away and now we’re still all gums over here. False alarm! 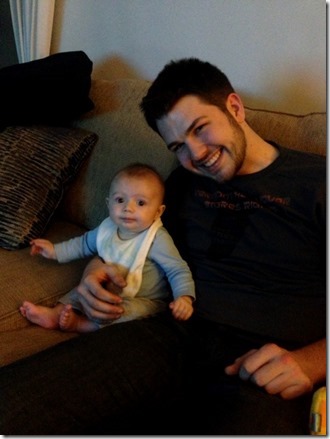 And he also brought goodies for meeeeeee. 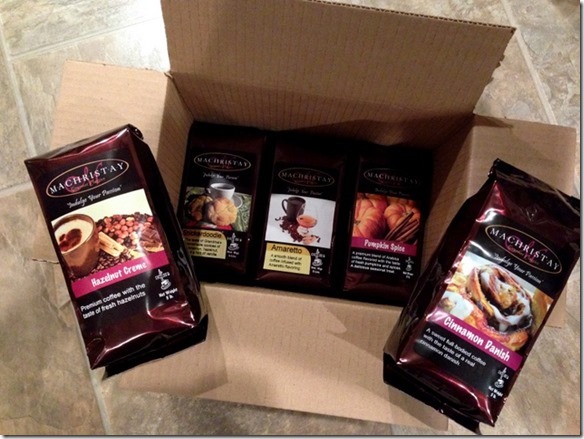 10. My brother works for a local coffee distributor and as part of my (belated) Christmas gift, he brewed me a few specialty bags (yes, he brews the coffee right from the very early beans and I’ve already told him I want to shadow him for a day at work…how cool would that be?!?). I already have my eyes on that Cinnamon Danish flavor and am planning to try that out today. Mmm mmmmm.

11. I was ridiculously emotional yesterday. I cried watching Ellen give away things to a guest on her show, and I cried more than once about the fact that I thought Lucas gave his babysitter (our good friend, Erika, who is wonderful with him) bigger smiles than he gave me. Yes. I’m apparently a little sensitive, wouldn’t ya say? Sheesh.

12. I really, really want to bake some cookies this weekend. I also really want to go shopping, get my hair cut, clean the house, run a few miles, go out to eat, meal prep, and have some time to relax. Hey, a girl can dream, right?

Happy Friday, friends! Make it a great one, and have a fabulous weekend!