1. My “Coffee Friday” habit is starting to become more of a “Coffee Every Weekday” habit. It’s bad, guys. Real bad.

2. Believe it or not, yesterday was the first time I’ve ever been able to sit out in the grass with Lucas (well, Lucas sat in the grass…I can’t without breaking out in rashes). It was an absolutely gorgeous day, so I brought him out as soon as we got home. 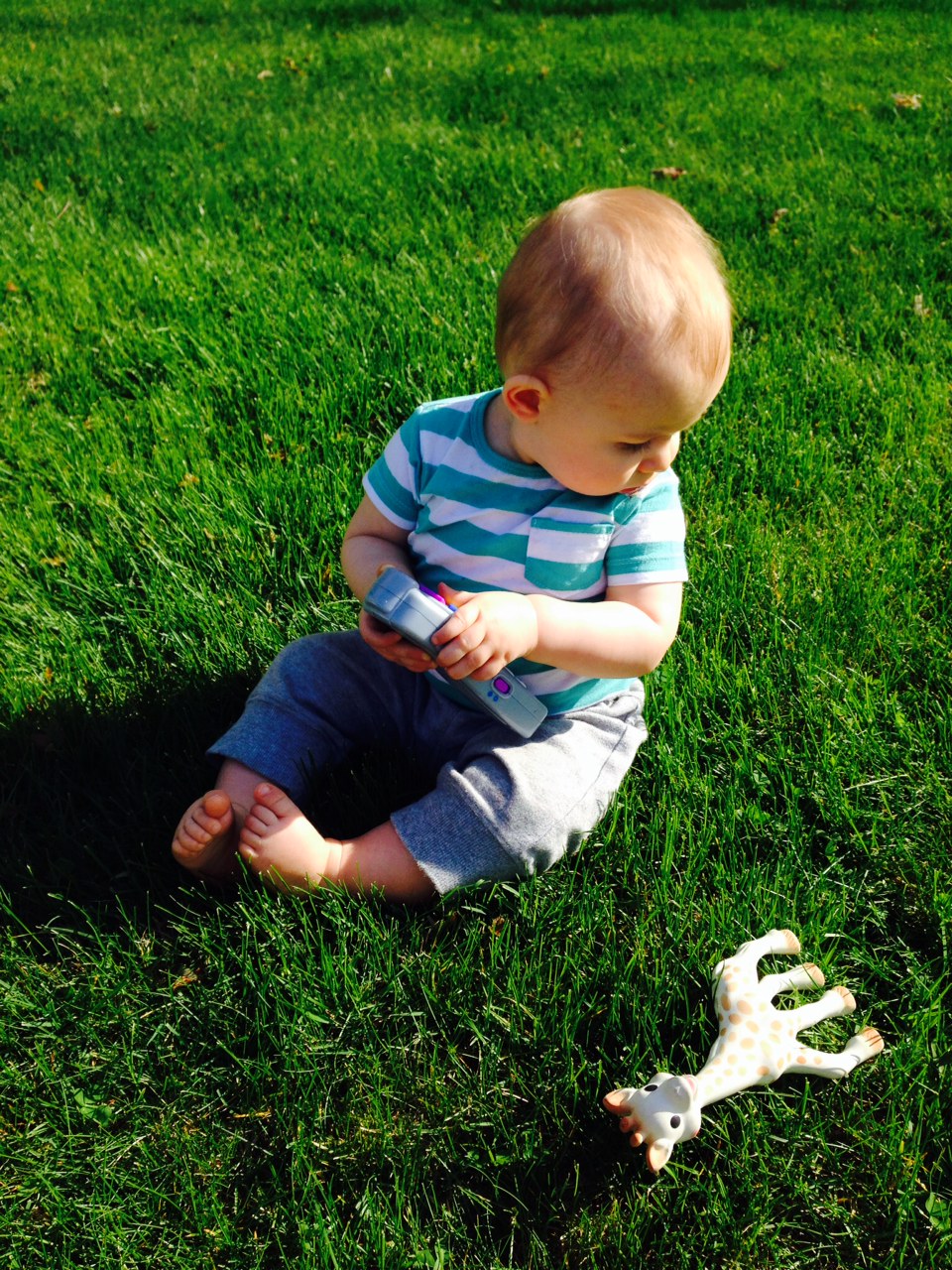 He wasn’t quite sure what to think of it at first but he was crawling all around in no time.

3. Yesterday’s dinner? AMAZING. Jay cooked us burgers and asparagus on the grill, both of which were absolutely delicious. The burger looks tiny thanks to ginormous bun it’s sitting on, but they were each 1/3lb burgers, topped with provolone, bacon, and sauteed onions. 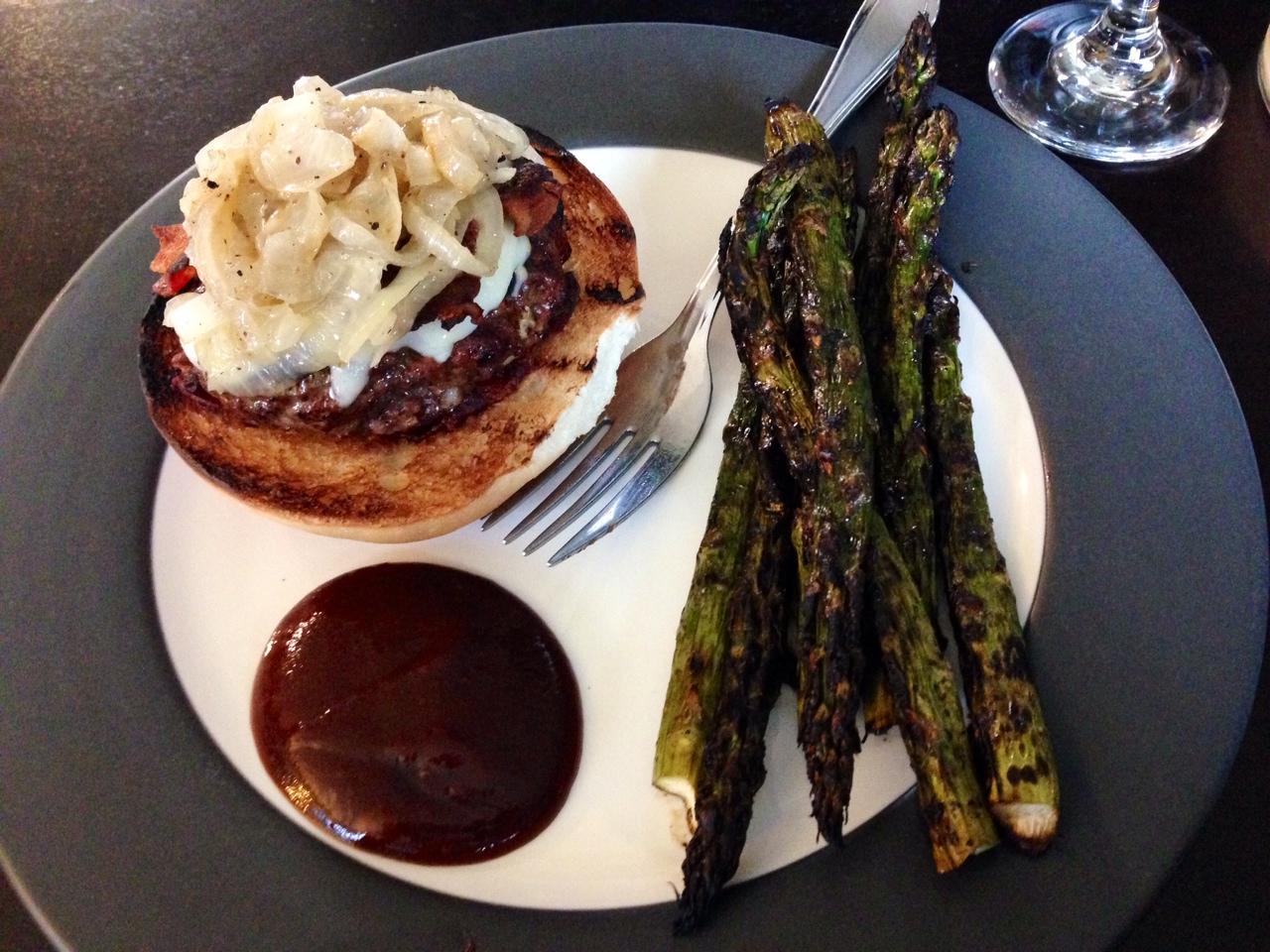 Served along with a glass of wine.

4. Actually, I lied. Two glasses of wine. They were necessary yesterday.

5. Lucas has this habit of rubbing his entire face as soon as he has food in his hands. It’s hilarious and makes me cringe every single time. Yesterday was cottage cheese. 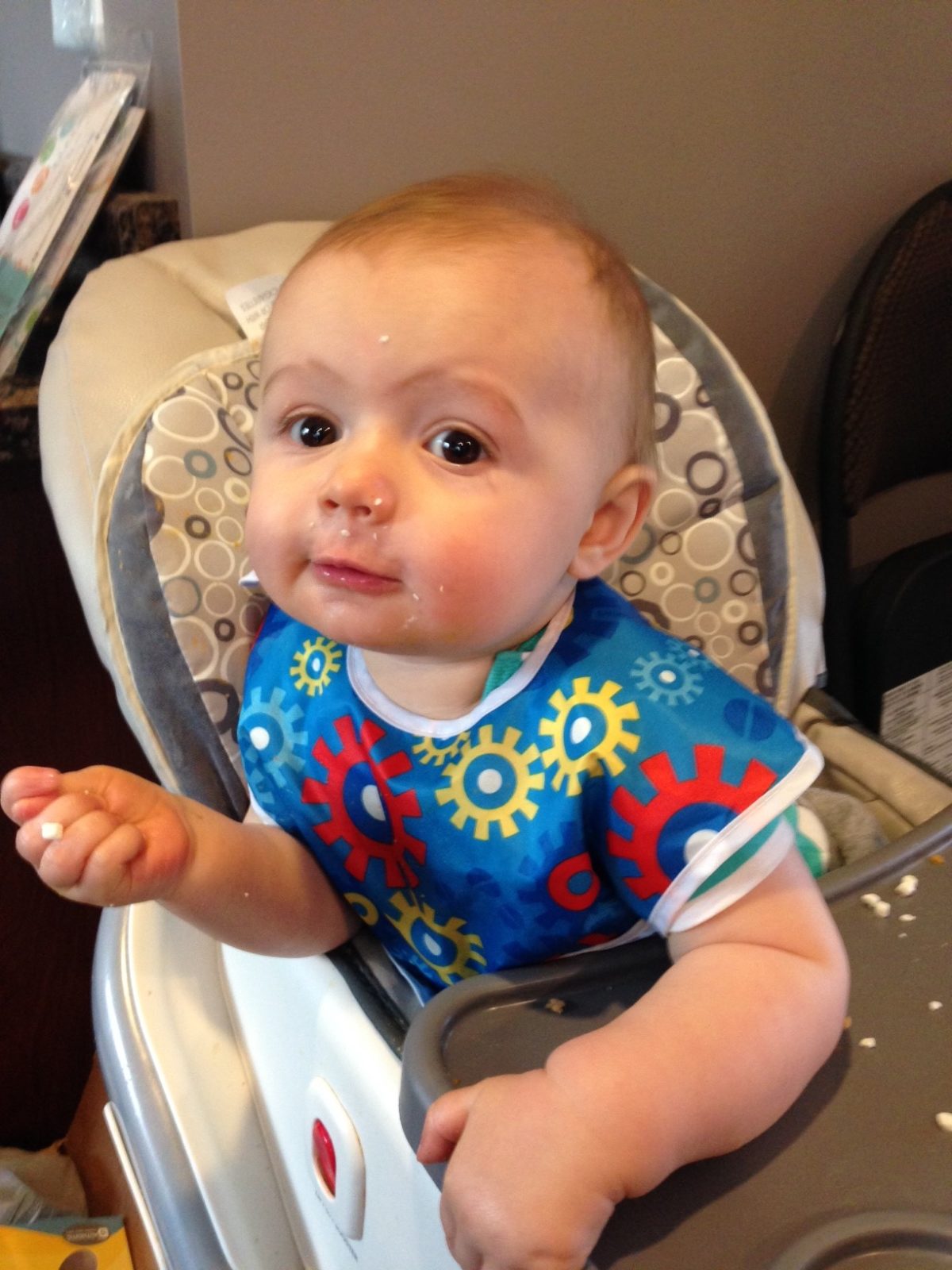 Which  he is a big fan of, by the way. Then again, there aren’t many foods this boy is not a fan of.

6. So my race is less than a week away. Ask me when the last time was that I ran…

7. Have you guys heard of #HackTheMenu? It’s a site that shares all of the secret menu items that various restaurants have. For example, did you guys know that Starbucks has a Cake Batter Frappuccino?! The site is amazing…I’m hooked. 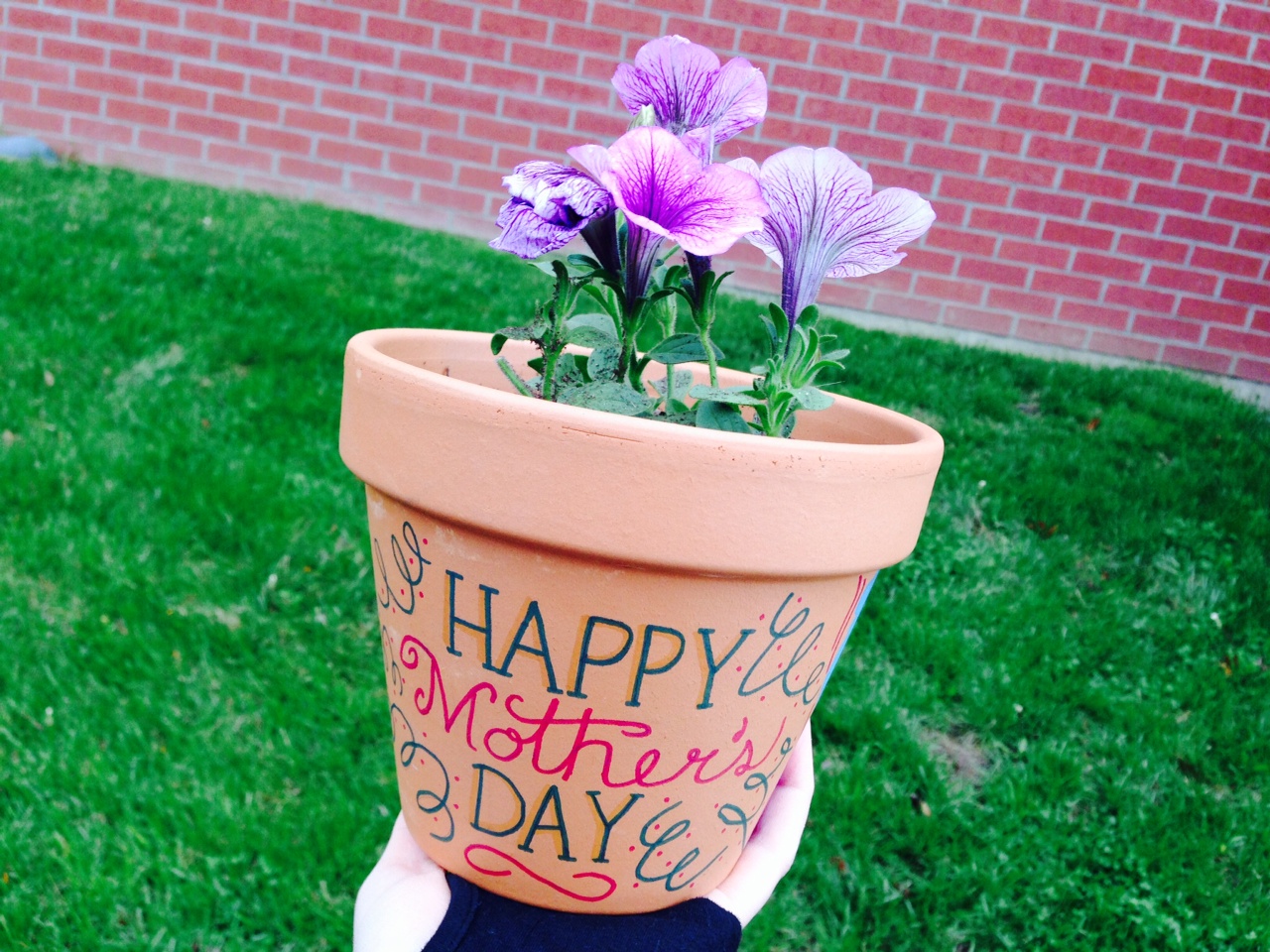 Our babysitter gave it to me (she made it with him…for him? Eh, you know what I mean). 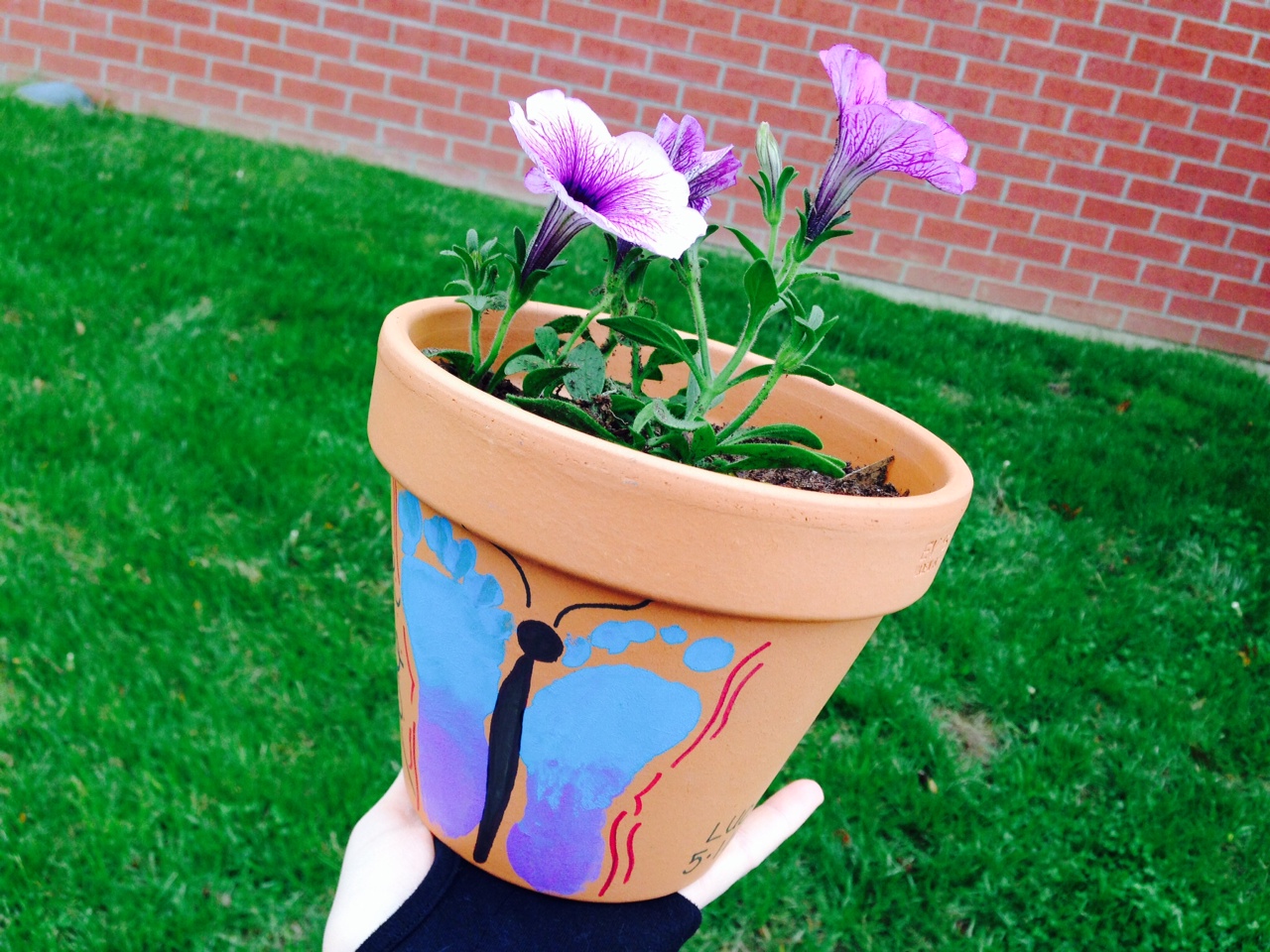 Apparently I was a bit emotional because I totally teared up after receiving it. Then again, it IS my first Mother’s Day gift as a mom! :) I just love, love, love it.

9. So I promise, I’m finally going to be working on my glamping recap post this weekend (along with Lucas’s 9 month post…I’m so behind!). Hopefully I’ll actually be able to get them done. I need, like, at least four extra hours tacked on to the end of every day. Good grief.

Alright friends, I’m off! Have a fantastic weekend — and to the moms out there, have a wonderful Mother’s Day! :)