1. Hey. Hi. It’s me. Comin’ atcha another whopping 3 weeks since we last chatted. I still can’t believe how much I’ve been neglecting this little space of mine this summer! But I’m just taking it as a sign that I was apparently in need of a little digital/social media detox. And it’s actually been a bit…refreshing!

2. We’ve still got just shy of 2 weeks before Lucas is off to 1st grade and Alex starts preschool part time (omg HOW?), so we’re trying our best to soak up every last bit of these summer days and nights. 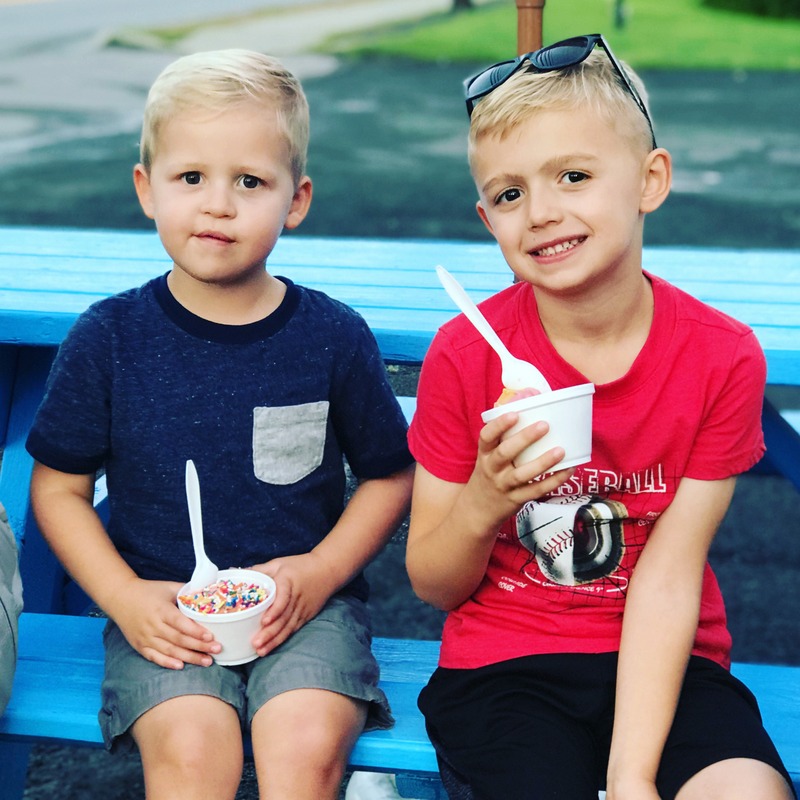 3. Earlier this week was my MIL’s birthday, so we all went out for dinner and ice cream to celebrate…even though we did have to wait a solid 45 minutes for a pretty sweet storm to pass through AND the original restaurant we were planning on going to lost power! But it all worked out, and we had a delicious meal over at Tipsy Moose. 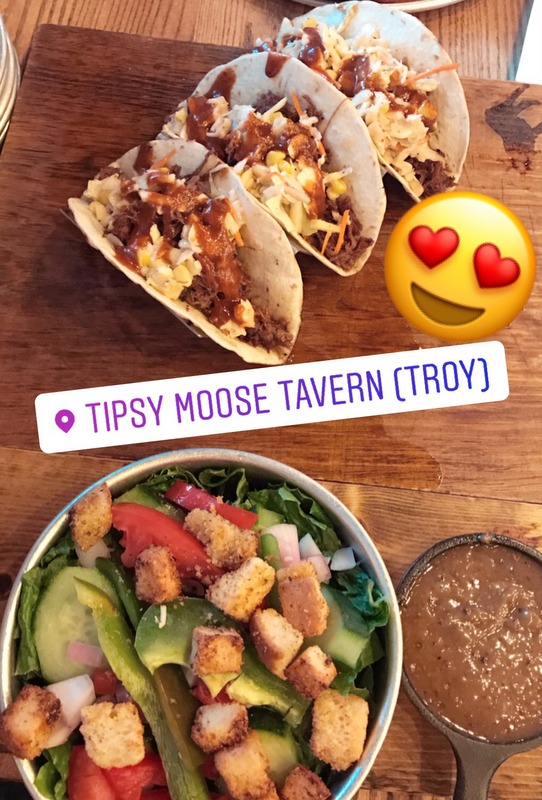 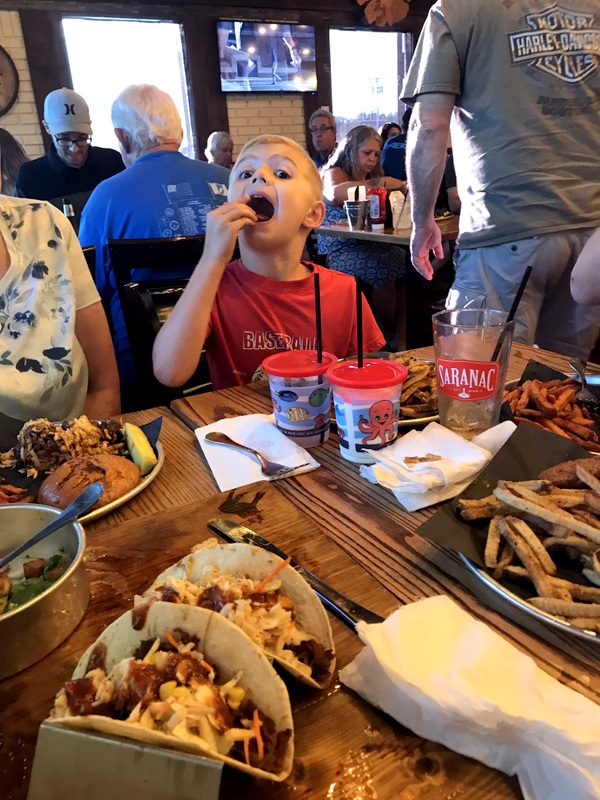 It had been a while since we’d been there, but their BBQ Pulled Pork Tacos did NOT disappoint! And neither did the ice cream that we followed up with down the street. <3 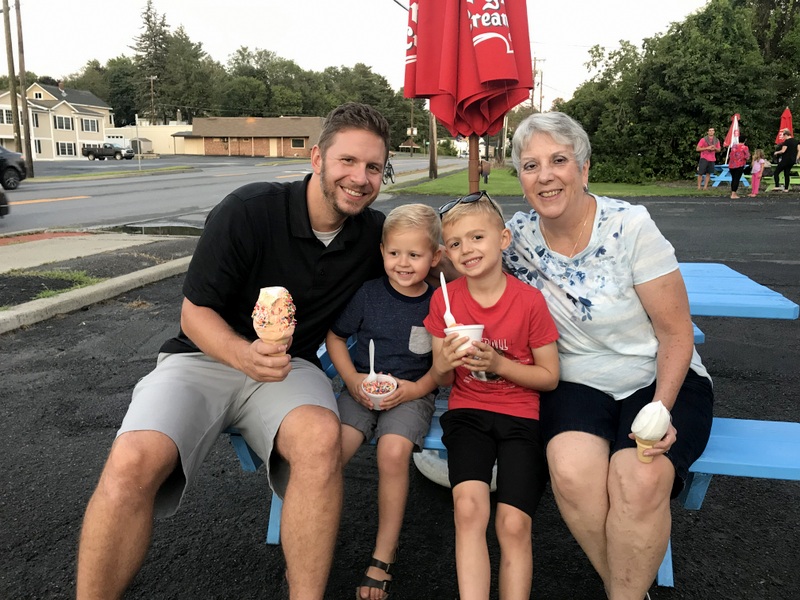 4. I’m fairly certain that my kitchen table has been covered with legos for at LEAST 85% of this entire summer. 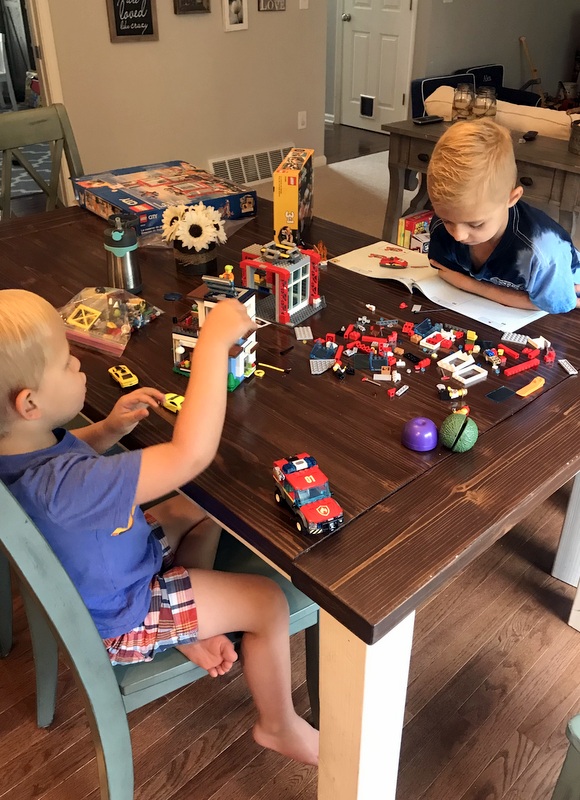 Legos are definitely a favorite in our house right now, and I’m not gonna lie…even though they’re messy, I LOVE legos. I seriously wish I could buy those huge sets with, like, 1000+ pieces, and then just break it all apart and bring it back to the store. Would that be frowned upon…?

5. I’ve got a couple new fashion favorites I need to share with you guys! First up, this adorable romper that I snagged from Walmart for less than $10! My girl Tal had it first, and when she told me what a bargain it was, I had to grab one. 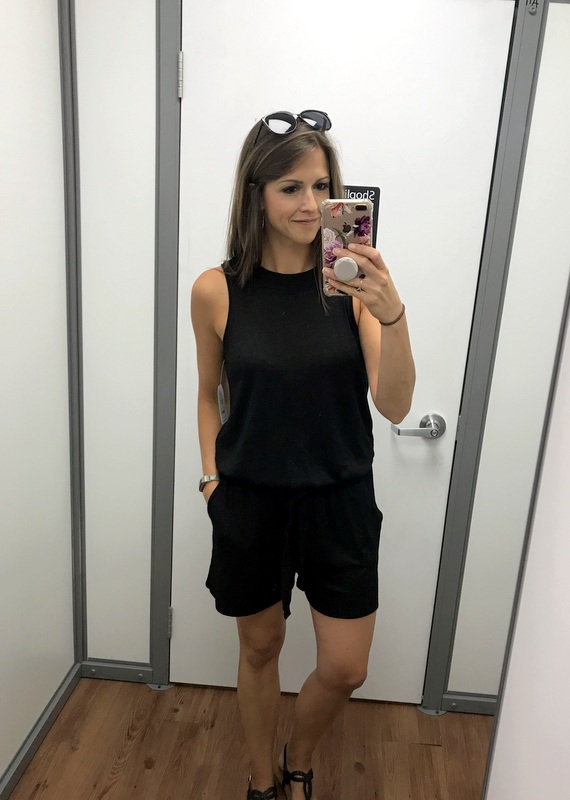 It was on clearance when I bought it, so I’m not sure how many are still available, but this is the link to it online. If you have a local store nearby, check the clearance rack!

Next up are these new roll sleeve crewneck tees from Gap. Because, seriously, I think I’d wear jeans and a t-shirt everyday if I could. 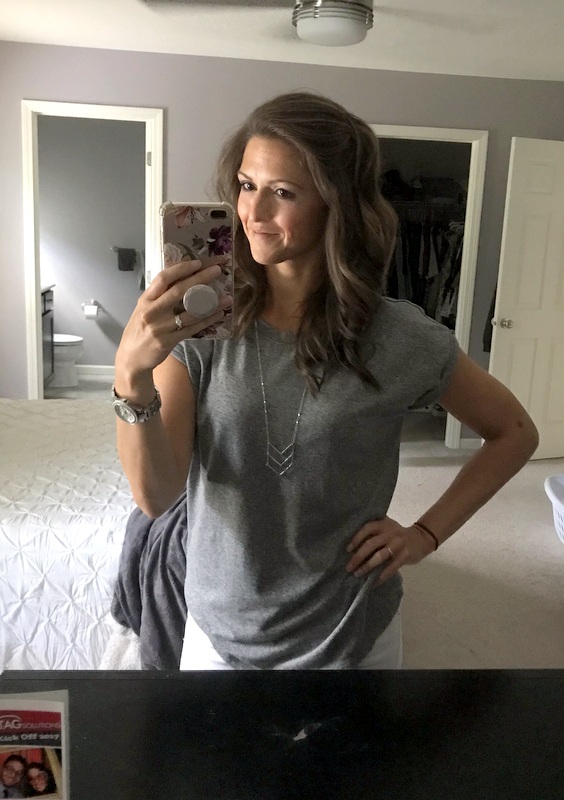 I bought them both in gray and navy/white stripe, but I’m tempted to get them in all the colors. The roll sleeves and curved hem really give them a little something extra from just your basic tee. Loooove.

6. Once upon a time, I was able to go on (and enjoy) amusement park rides…and apparently, my tolerance for said rides is quickly diminishing. Jay and I brought the boys over to Huck Finn’s Playland on Sunday, and Lucas is now becoming quite the little thrill-seeker, so he wanted to go on one of the larger rides. This ride, the parachutes, is actually one that has always been on my “bucket list,” since it was the only ride there I’d never been on (back when it was Hoffman’s Playland – locals, you know what I’m talking about!). So I agreed to go on with Lucas… 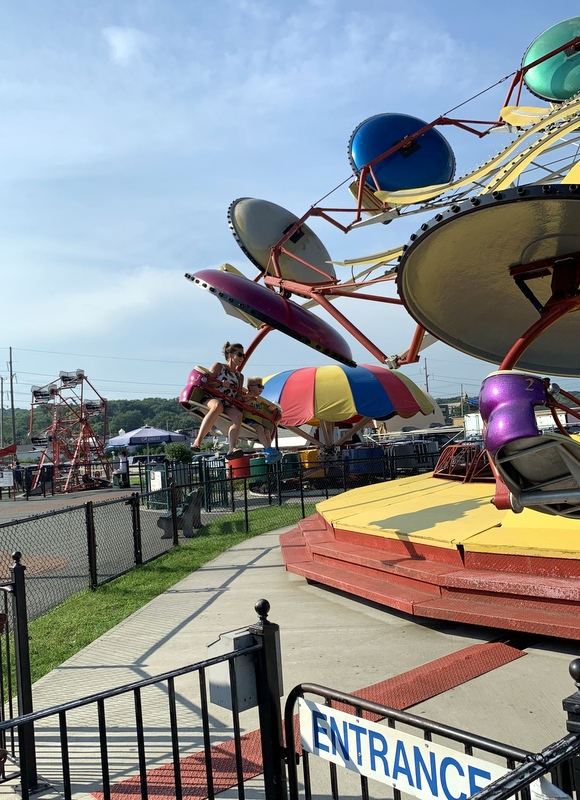 And I kid you not, I swear it took me a good 3 days to feel like I wasn’t experiencing some sort of motion sickness. Ay yi yiiiii!

7. Then again, Jay and I joked about the fact that it probably didn’t help that we had been out the night before with our friends John and Tal, enjoying a few beers and midnight bowling. 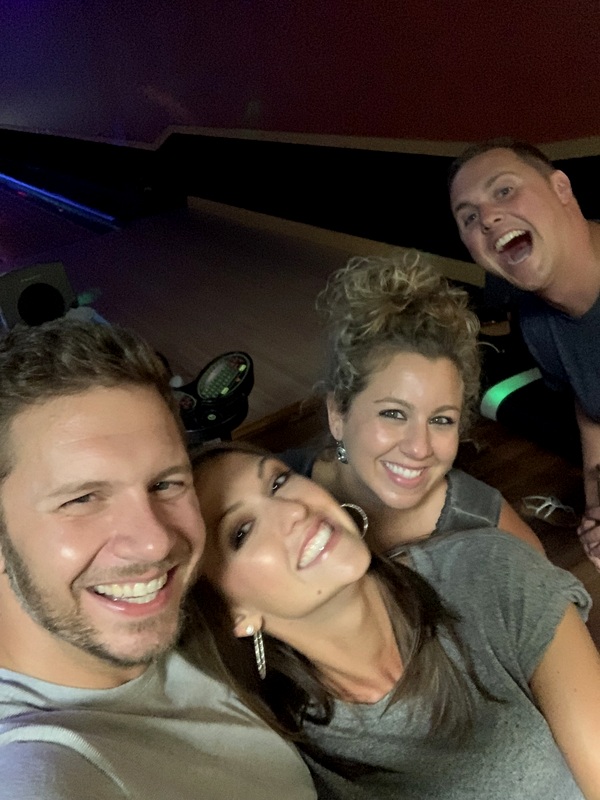 8. Lucas spent quite a bit of time at a few different camps this summer, and while he says he’s happy to be done with them for this year, the last one he had was a space camp which he really seemed to enjoy. He also brought home this gem of a project, and I swear, I’m keeping this one forever. 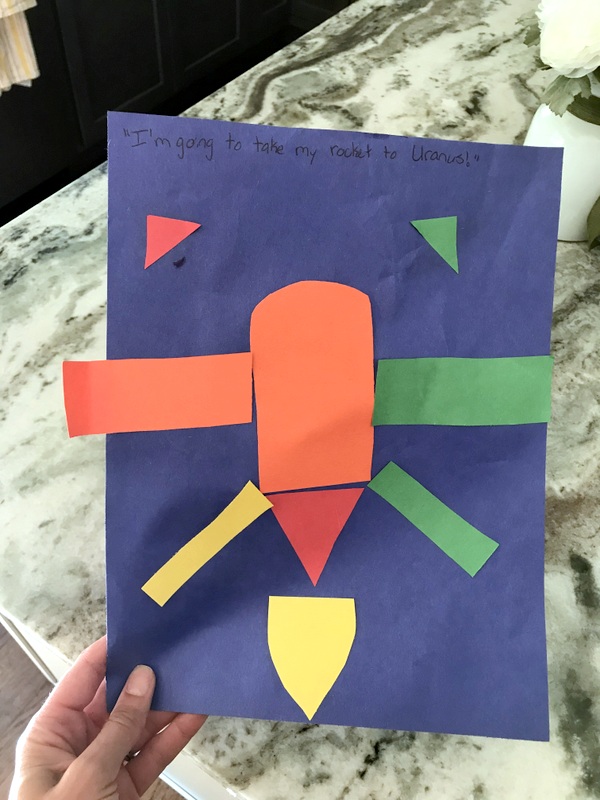 I promise, I’m totally mature when I need to be.

Hope you guys had a great week, and have an even better weekend. I’ll catch ya again soon! <3