1. It’s Fridayyyyyyy. And believe it or not, it’s actually the last Friday before my maternity leave comes to an end. Ugh…I’ll probably have a post up sharing some more details about all of that sometime next week. But seriously, where does the time go?!

2. We had a package of ground chicken in the fridge that needed to be used up the other night. My intention was to make some sort of chicken burgers (Cheddar Bacon Ranch // Hawaiian // Caesar // Chicken Parmesan) but I got lazy. So instead, I cooked up some pasta, browned the meat and mixed it in with some of my leftover homemade sauce, and topped it with some fresh mozzarella and fresh basil. 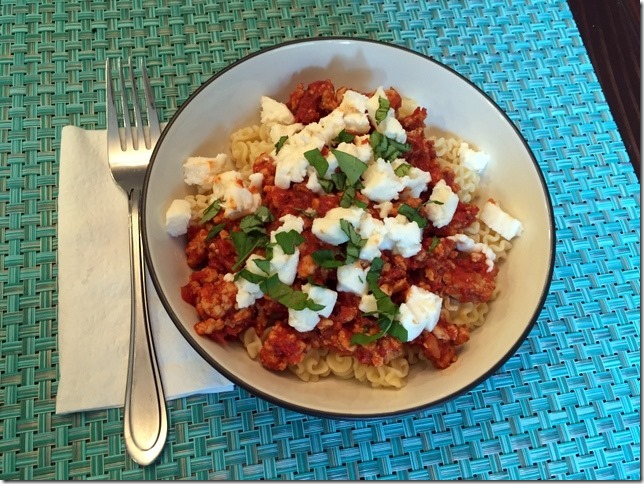 3. An added bonus? We actually ate at the kitchen table, as opposed to the floor. Which happens often around here. 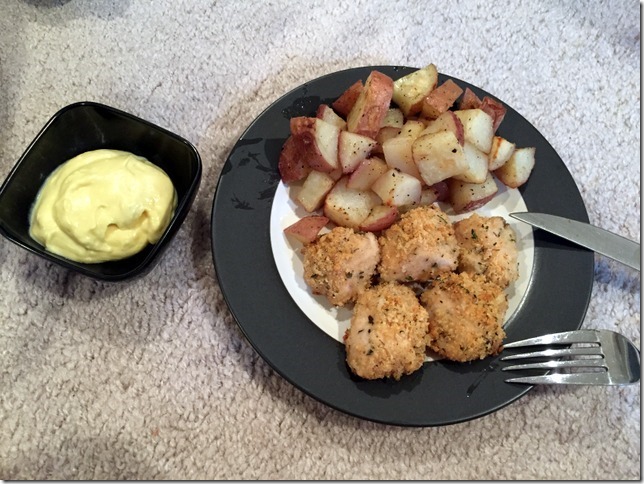 Anyone else with infants relate?

4. I SO badly want to buy this chandelier for over our kitchen table. I’ve been eyeballing it for months, but the price makes me hesitate every single time. Blah! 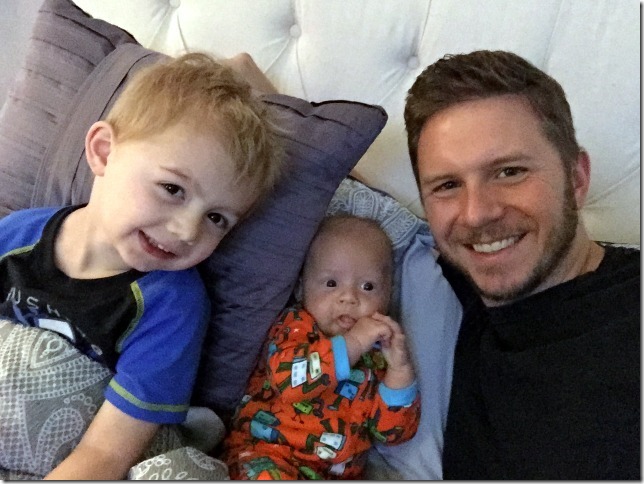 Sadly, no matter WHAT we try, we cannot help Lucas figure out how to blow his nose. We’ve tried everything, but all he does is sniff in. Gahhh! Thankfully I can still at least use the booger sucker on Alex!

6. So you know how I decided to host a party last week with Usborne Books? Well funny enough, I wound up falling so in love with the books that I decided to become a consultant. It was a quick decision, but a solid one. As a mom and former elementary school teacher with a Masters degree in literacy, reading is always something that’s been incredibly important to me, and I’m so excited about having my hands in something that I feel so strongly about. If you’re ever interested in checking out the books you can always visit my site at any time; and if you’d like to host a Facebook party with me, I’d love to get in touch and tell you more about it (you can earn a TON of free books right now!!). Just email me! (sweettoothcourtney at gmail dot com)

7. I have been absolutely loving the Ergo this week! It’s been working out great for the late afternoons and early evenings when Lucas wants to play outside and Jay isn’t home yet. Most days, Alex has actually been taking a short cat nap in it which is perfect. 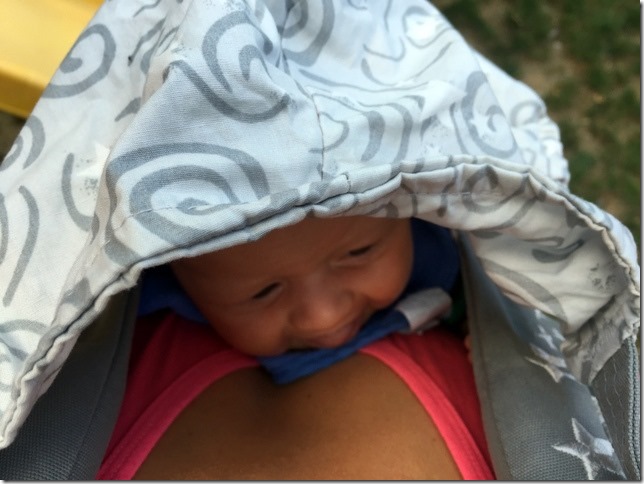 The only thing I’ve noticed is that my lower back actually seems to get quite sore after using it. I’m not sure if it’s just the carrier, the way I’m wearing it, or how I’m standing? Either way, he’s happy and Lucas is happy, so that = mom is happy.

8. I reached a step record on Wednesday with my Fitbit…check those numbers out! 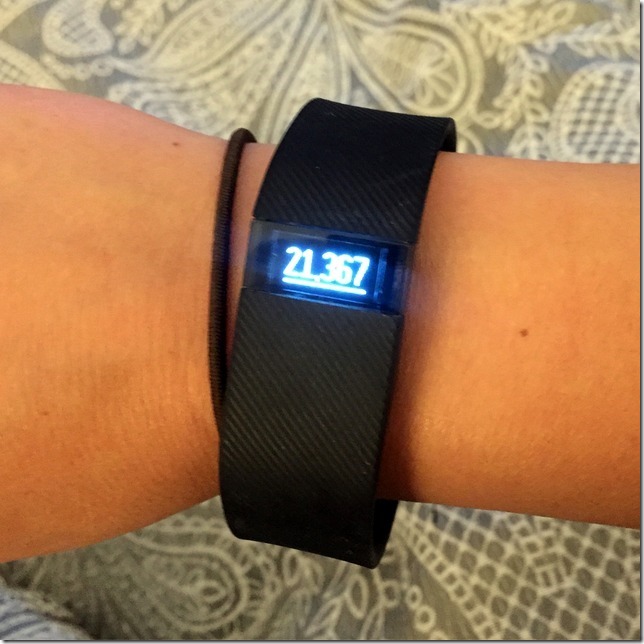 9. As I mentioned on Instagram, however, I’m pretty sure at least 10,000 of them were likely from bouncing, swaying, or rocking around Lucas that evening. MAN…I’m just totally thrown for a loop?! He takes great naps during the day (most days) and I make sure that his bedtime isn’t too late. We have a full bedtime routine, I know he’s tired…he goes to sleep fine but then wakes up anywhere from 10-60 minutes later and will sometimes take hours to fall back to sleep?!

As soon as we pick him up he’s fine and his eyes will open/close/roll back/repeat so he’s clearly tired, but it’s like he’s just wired and can’t fully get to sleep. Don’t get me wrong, I totally understand that baby sleep is a total mystery and that this is likely a phase that will pass…but mama needs her evening down time to be able to eat her nightly bowl of ice cream! Or ice cream cake.

11. I got quite a fun little package in the mail last week from Target and their #MadeToMatter campaign, which included these banana chips + peanut butter from Justin’s. And they are DELICIOUS! 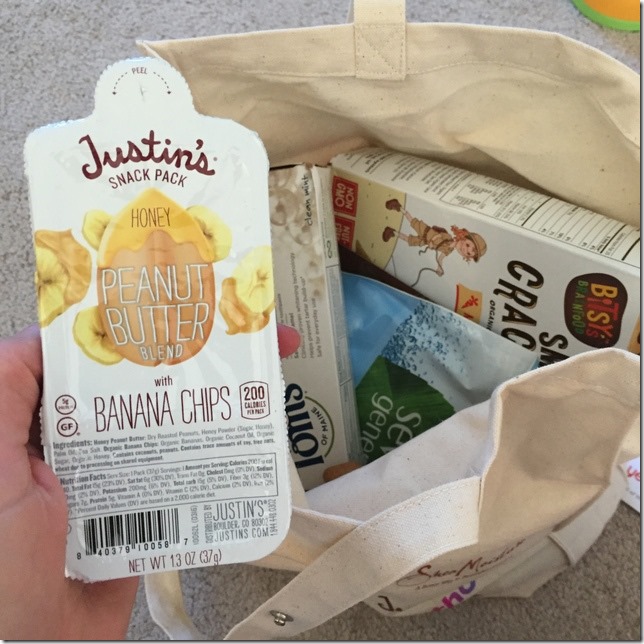 If you spot them while you’re out and about, be sure to grab ‘em!

12. The number of tabs that have been open on my computer this week has been ridiculous.

13. Also ridiculous is the number of peanut butter and jelly crusts I eat in a week…what can I say? Lucas loves his PB&J, and I love his crusts.

Alright my friends, I’m off for today! I hope you all have a fabulous Friday and a wonderful weekend ahead, whatever you may be doing! <3