Before we get into anything else…I realized late last night that I had totally forgotten to pick the three winners for the Bountiful Bread cakes giveaway (sorry!). So here we have it…your winners are lucky entry #’s 45, 61, and 75!

Congrats, ladies! Send me an email at sweettoothcourtney[@]gmail[.]com so I can give you the info you’ll need for your free cakes.

And since we’re already on a roll with things I’ve been forgetting to tell ya about, let’s go ahead with another one.

By now, I’m sure many of you have noticed my new photo up here on the ‘ol blog…

It was about time, considering the one that was previously up there was from my 26th birthday; nothin’ like living in the past, right? 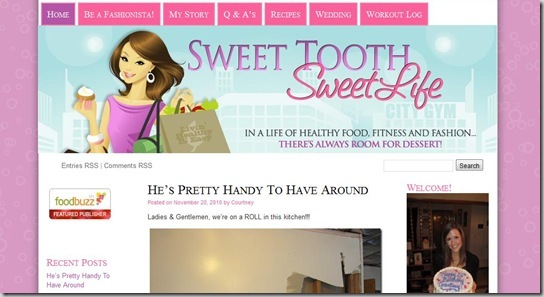 So a few weeks ago, when I found out that I had won the Fitness Magazine Fitterati Blog Award, I was also told that I’m going to be featured in an upcoming issue of Fitness Magazine (should be on newsstands toward the end of June…SQUEEL!!!!).

I figured that it’d probably be in my best interest to have a couple nice photos in the article, rather than one of these numbers… 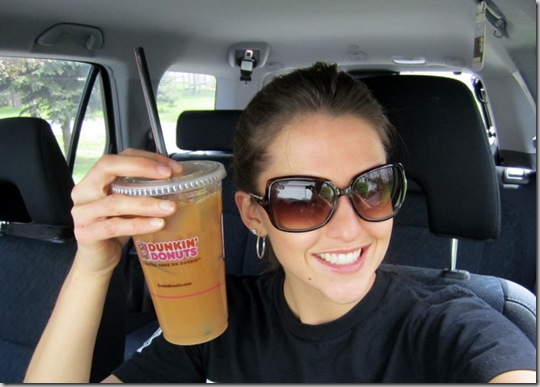 For a few of the photos I submitted, I actually had Jay take them for me, and he was great. Remember the night we were out gallivanting around? 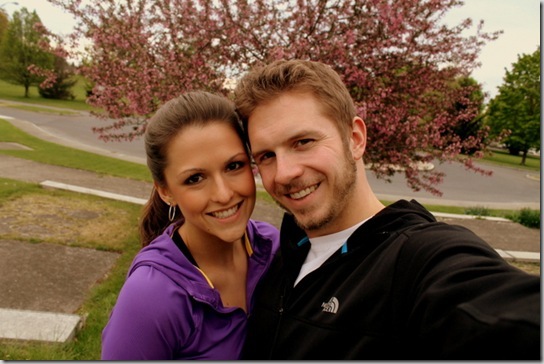 Well, we were actually having fun with our own mini photo-shoot. Talk about funny… 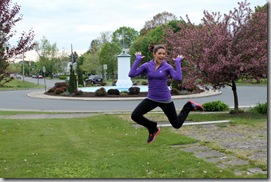 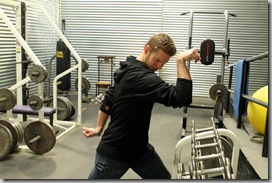 But as for the headshot, I knew I wanted to the real deal, so I called up my friend Cara, who runs and operates Cara Olsen Photography. 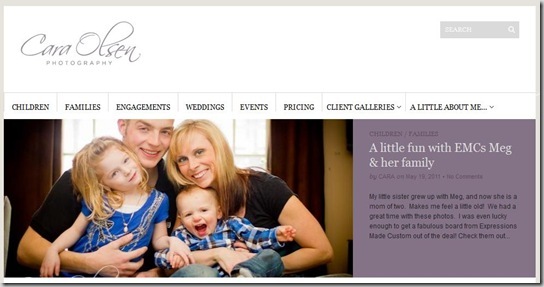 Cara actually photographed our friends’ Sarah & Jeff’s wedding, and their photos came out beautifully, so I knew I was in good hands.

Cara’s work mostly focuses on children and families, but she also does engagements, weddings, various special events, and even something I had never heard of before…hospital visits, where she’ll actually come in for the birth of the baby. How neat is that? Her photos are seriously just gorgeous… 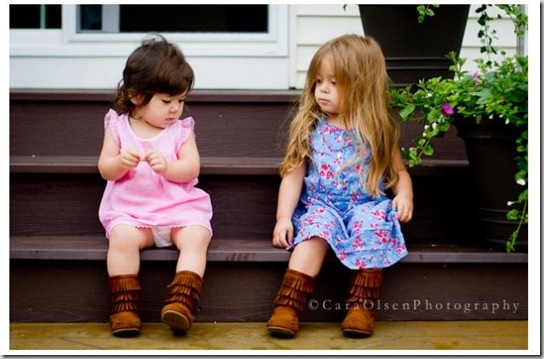 When I called Cara, I was totally going out on a limb since I was only giving her about, umm, a day’s notice, but lucky for me she was available. I told her I didn’t want anything fancy, just a couple simple headshots, in and out in 20 minutes, quick and painless.

I met up with her after work one morning (I was actually wearing workout pants and sneakers with my plain white t-shirt) and we headed on over to The Crossings in Colonie (I’ve had some of you ask if that picture was taken in a cemetery…haha, no it wasn’t). We had so much fun just chatting and catching up that it made it seem like the photos were just an afterthought. 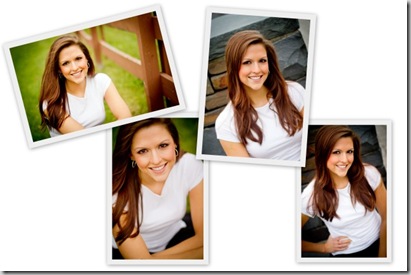 But in the end, she managed to somehow capture some great shots amidst all of our chatting.

I would totally recommend Cara for anything photography-related, so if you’re in the area and looking for a photographer, be sure to check out her website, Cara Olsen Photography, and her Facebook Page. She ROCKS!

I’m headed out shortly for my friend Rachel’s bridal shower, which I know is going to have some yummy food, so I just made a quick and simple breakfast. 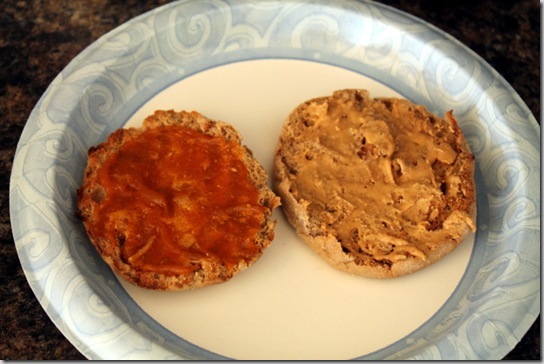 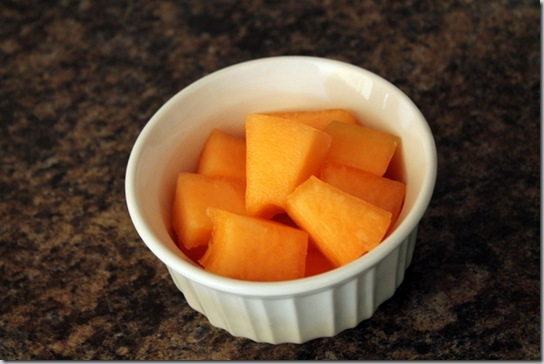 And coffee, of course. 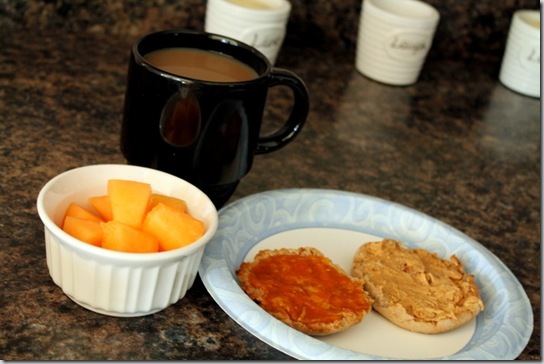 Have a great Saturday everyone