I don’t know what it is, but I swear- 95% of the time, I am more motivated to come home and clean up around the house than I am when I’m home all day long.

I’m pretty sure that I accomplished more in the 45 minutes after I returned home from work yesterday than I did all morning today. I just don’t get it. Is there anyone else out there who’s weird with me?

Despite the lower productivity, I did still get a chance to catch up on laundry and do a little cleaning up in the kitchen, which brings me to my current issue…

For the past few days now, I’ve noticed somewhat of a funky smell coming from somewhere in the kitchen. I assumed that it must be coming from the fridge, since I have a tendency to shove things to the back and forget about them until their ungodly stench reminds me that they’re there.

But after scoping out the fridge, I determined that that was not the culprit. So I continued working around in the kitchen, and as soon as I went to empty the dishwasher I finally discovered where the rank smell was coming from… 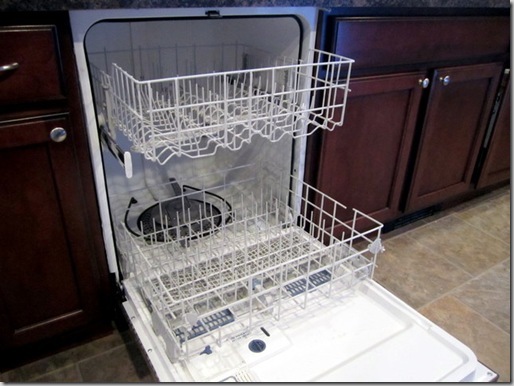 Guys, my dishwasher STINKS. Holy hell, it stinks. I’ve never had this problem before so I don’t quite know what to do about it.

Do any of you know how to fix a stinky dishwasher??

Today’s lunch ended up being sort of snacky, including a mish-mash of Chobani, an apple with some PB2, and a Clif Z Bar, for now. I didn’t take any photos because I honestly just didn’t feel like it. Sometimes, it just gets sort of boring taking pictures of food, ya know what I mean?

Plus, I was too busy stalking Rue La La and lusting over this Michael Kors Camel Trench Coat. 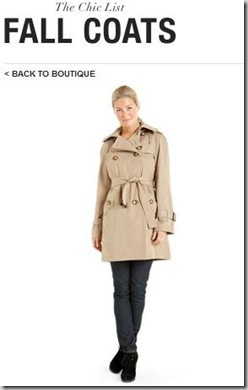 It’s on sale for $89.90, which is awesome…except for when I’m trying to not spend money. Oooof.

This afternoon, I have a few errands to run, including an attempt to find my new sneakers and a heavier pair of dumbbells.

Lately, I’ve really only been using my 5 pounders because anything heavier than that is from Jay’s bulky set and they just end up hitting me in the shins/knees/sides and causing more trouble than they’re worth.

I’m thinking that a set of 8-10lb. dumbbells should do the trick…then again, maybe I’ll go balls to the wall and grab a set of these monsters?

Then again, maybe I won’t.

I’m also stopping at the grocery store so I can pick up a few items to make tonight’s dinner. I am wicked excited about bringing back this favorite recipe. It’s been too long!

Catch ya later, ladies and gents!

How do I fix my stinky dishwasher?

Do you have any funny stories involving dumbbells?

« Banana Hammocks
Even Better Than The Last »