Such a fun night with this guy last night! 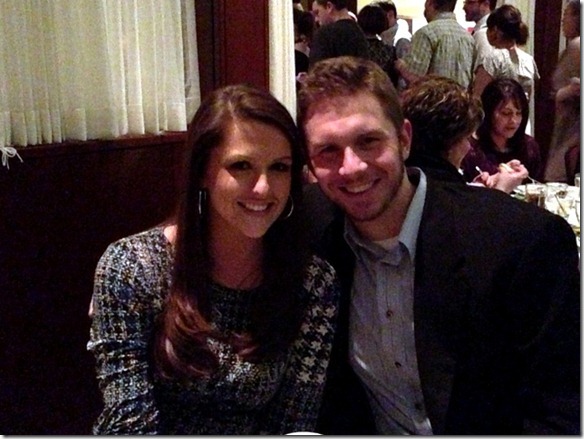 And I really need to start using the flash on my iPhone. Whoops.

As I mentioned yesterday, last night was Jay’s company party which was an awesome time. I got to spend some time catching up with the guys and girls that he works with, and we definitely all had a few good laughs throughout the evening.

Originally, I wasn’t really planning on taking too many photos, but then one of Jay’s co-workers who reads the blog (hi, Tracey!) said I should totally got a pic of the food. Allllright, twist my arm! 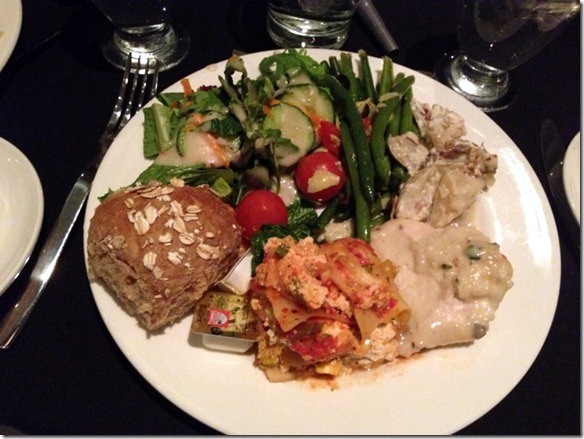 The dinner was a buffet, and I loaded up with just about everything they had…salad, green beans, vegetarian lasagna, bacon horseradish scalloped potatoes(!) and chicken. It was all totally delicious and I finished just about all of it, except for some of the salad. Go figure.

Shortly after dinner, they also had a dessert buffet which we all totally dominated. Okay, maybe I dominated it, but still. There were a few different kinds of cheesecakes, a variety of sauces, and fresh berries…but then a little while later, we found out there was tiramisu. 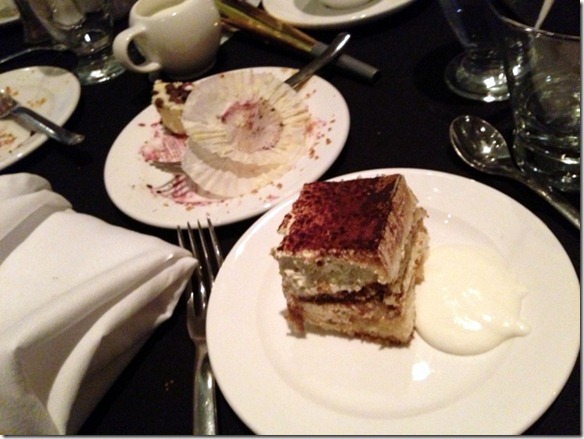 So naturally, I made Jay go get me a piece to try. I had a few bites and left it at that, but it was goooood.

Once the food portion of the night was over, the entertainment started. The first entertainer was a magician, who had some pretty crazy tricks up his sleeve. I’m always amazed by magicians, if we’re going to be honest. I mean, really, how DO they do some of what they do? Boggles my mind.

The second entertainer was an escape artist called “Jason Escape,” who claimed he would be able to escape from a straight jacket WITH 75 feet of rope wrapped around him. As he was going through his spiel, he wound up looking around the room for volunteers. Sure enough… 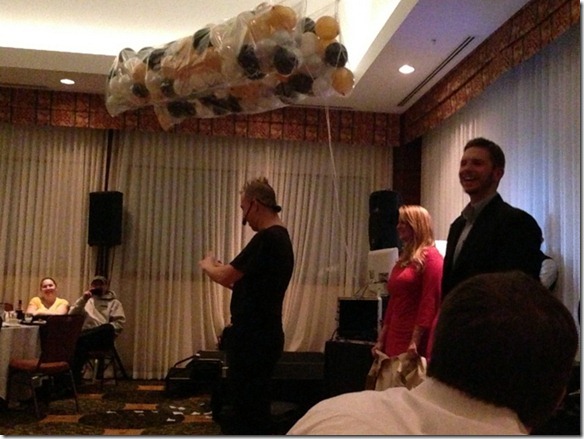 He was most likely mortified, but he did a great job playing along, which made the whole skit even more funny and entertaining. 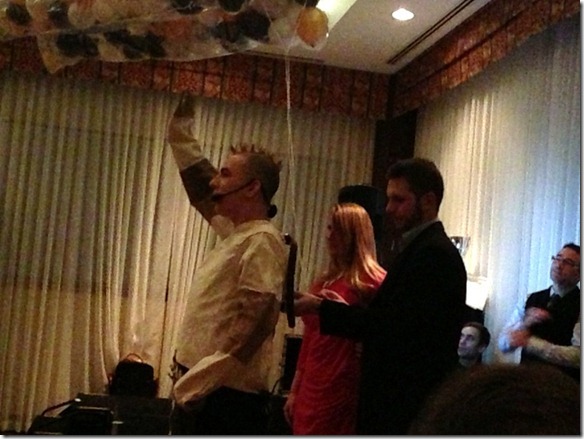 Of course, the escape artist did manage to get himself untied and out of the straight jacket, but I swear his limbs are just not normal. Ca-raaaaazy.

After the entertainment, there were some awards, and Jay’s team wound up winning the big award for the night, “Team of the Year,” which was really exciting, and totally well deserved. 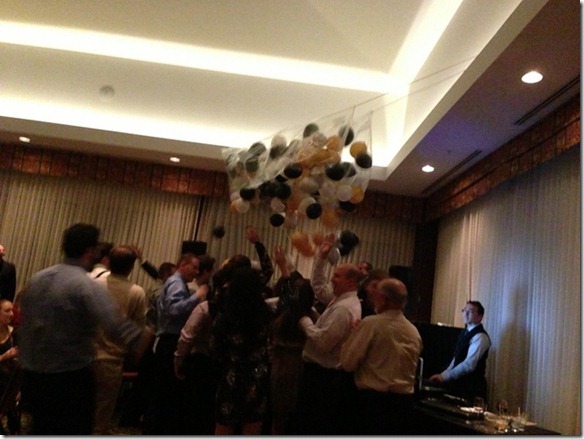 The party died down fairly quickly after that, so we wound up heading out shortly after. No late night pizza this year, but it was definitely still a great night out! 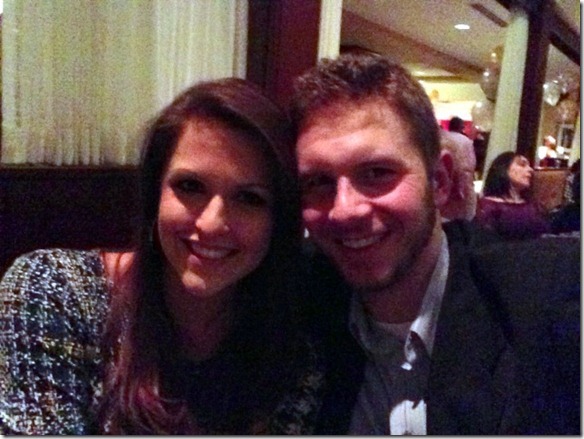 This morning, we allowed ourselves to sleep in (almost 10 hours, baby!), then I did a little cleaning while Jay ran out to the store. While he was out, he ended up picking me up a decaf coffee from DD’s (swoon), 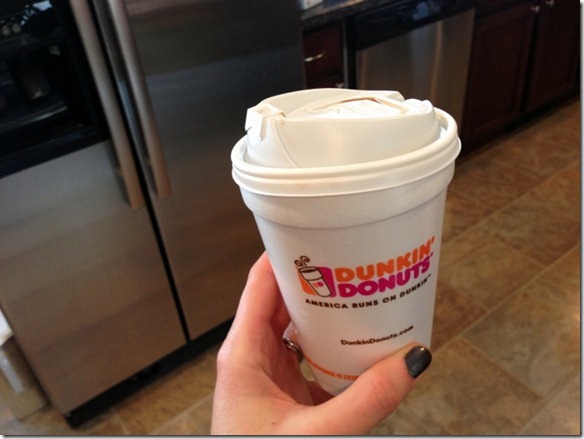 and now he has offered to make me oatmeal red raspberry pancakes for breakfast, just like my favorite ones from Café Madison. Talk about a great start to the day, right?