This morning, I was greeted with this awesome message on my Facebook page…

I literally laughed out loud. A friend who I’ve known way back since kindergarten (holla to Mr. Brennan’s class, Jessica!) posted this to my Facebook wall yesterday and I just think it’s great. I showed it to Jay this morning and he proceeded to look at it, laugh, say, “You know she’s probably making fun of you right?,” and then smirk back at me.

Hey, ya know what? Even if it was to make fun, I can totally, 100% accept that because it’s funny and it’s true…except most of the time, my pics upload to here, not always on Facebook.

Not much happening last night on the food front. Jay and I had our last regular season softball game last night, which we won, giving us only one loss for the whole season. Playoffs should be starting sooooon!

Since the game was later, we did have some time to eat, so I ended up cooking a pork tenderloin that we had in the freezer (similar to this one) and served it along with some veggies. Quick and easy.

This morning, I started the day off with some yoga. It’s probably been almost a week since I last got a session in and I was starting to get antsy. Today’s video of choice was 40 minutes of Yoga Bootcamp Core Strength and let me tell you…it was TOUGH.

My hamstrings were super tight, my hips were sore from catching last night, and my upper back/shoulders – well, they’ve been a mess for weeks. (That being said, I’m willing to pay a masseuse in the form of unlimited, homemade cupcakes if you’ll fix me). I felt a bit better by the end but wow, was that a humbling experience.

Post-workout, it was breakfast time. 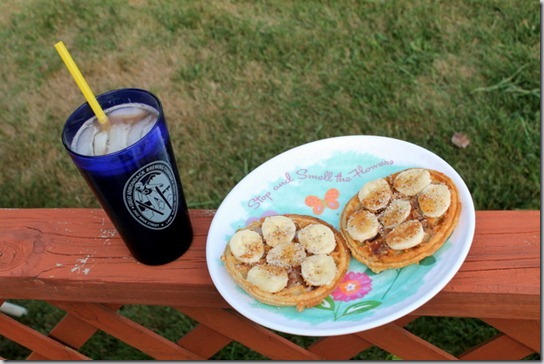 But of course, before eating, I did make sure to to attempt to take my pic at a nice, artsy angle. 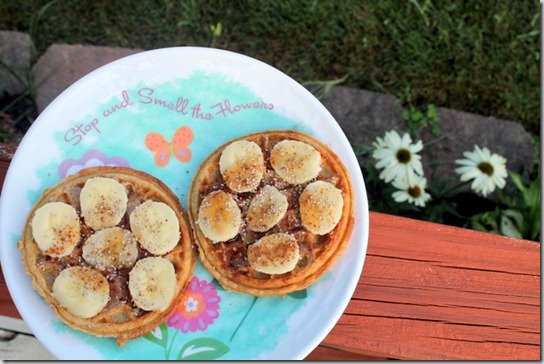 I’ve got another busy day ahead of me today, which also includes finishing up a couple batches of birthday cupcakes for a little birthday celebration that we’ll be going to later this evening. While tomorrow is Jay’s birthday, today is my friend Mal’s birthday, so we’ll be celebrating the two together just like we did last year. Happy Birthday, Mal!!

What food kicks are YOU on lately?