Sooo, funny story about this one. 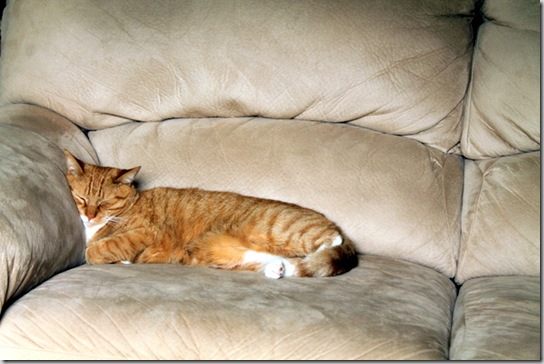 Yeah, that’s been him today. Quite the life. I swear, if he’s not flying through the air, he’s hanging around in what are usually some pretty provocative poses. But anyway…

The other day, I ended up purchasing a leash and a harness for my little buddy so he could chill outside with us, but tubby was a little too big for that one so I had to exchange it for a medium.

Well my first attempt at putting Codester in the harness was a little, umm, scary. I got him in no problem, brought him outside, and hooked him up to the fence. He was pretty timid and didn’t really seem like he knew what to do, but the little guy looked so cute that I decided to go run inside quick to grab my phone so I could text a picture of him to Jay.

By the time I got back outside, my man was flipping out, doing major kitty flips like it was his business. I threw my phone and ran over to try and help him but he somehow got himself right out of the harness, made a beeline for our back door (and proceeded to almost break the screen on the screen door in the process) and could not wait to get back in. The poor guy was so frazzled, and I had no idea what happened. After thinking about it more, I’m wondering if my leaving his site had anything to do with it, but I just felt so awful. Luckily, he’s fine, but I’m not attempting the leash and harness again until Jay is around too. Yikes.

Well yesterday, as I was taking it easy on the elliptical and checking my email on my phone, I came across a picture that Jay sent to me and I literally burst out laughing while ellipticaling away. No joke…the guy next to me looked over and said, “Wow, musta been a funny one?” 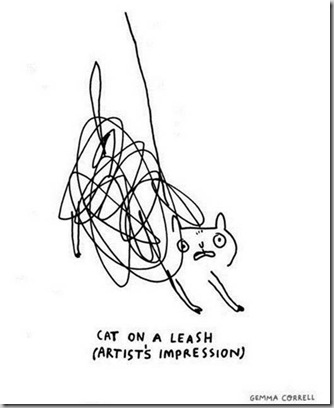 …because this is seriously what Cody looked like, I swear.

Jay came across this photo on a post from one of his favorite sites, The Chive. (He’s showed the site to me a couple times, but it’s definitely a “guys” site – lots of funny random videos and plenty of half naked ladies.) Sometimes, however, the animal posts are freakin’ hilarious, and this Cat Saturday post, featuring 36 random cat photos is great. Some of the photos had me laughing out loud, and for some reason, photo #11 struck me the funniest of any of them.

So, there’s a little bit of a random story for ya on this Tuesday afternoon.

Now onto some eats…

Mid-morning I snacked on some carrots, celery, and hummus. 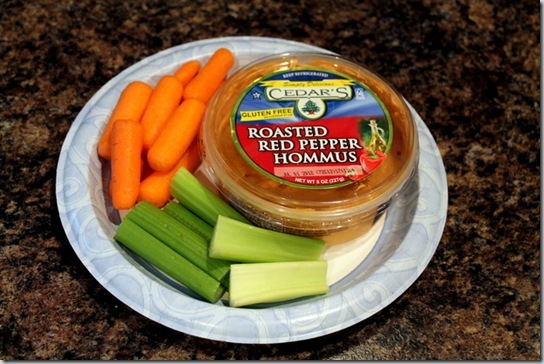 This was quite a random snack for me, considering I don’t usually introduce savory snacks into my day until after lunch time.

Around noon I put together a yogurt bowl. 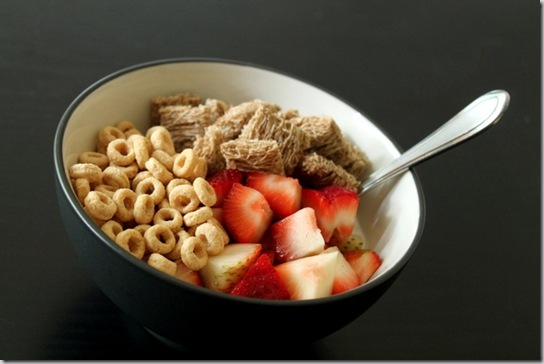 This guy was made up of a plain Chobani, mixed with crushed pineapple, strawberries, honey nut O’s, and some Kashi Island Vanilla. 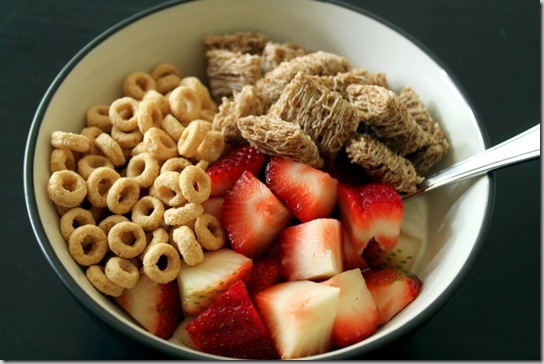 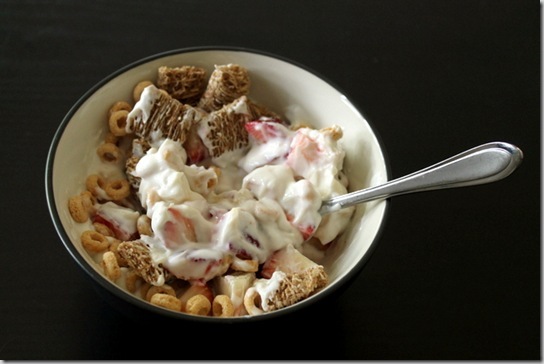 I’m currently waiting for UPS to deliver a package (finally ordered the new laptop) which is supposedly en route to the house, but it requires a signature and I really don’t want to miss them. Because that would be my luck that they’d stop by in the 15 minutes that I left.

Hopefully they get here soon…we’ve got a softball game later and I’ve got to head to work!

« My Words Of Wisdom For Today
Buffalo Chicken Pasta »