Well that was certainly one FAST weekend, was it not?! 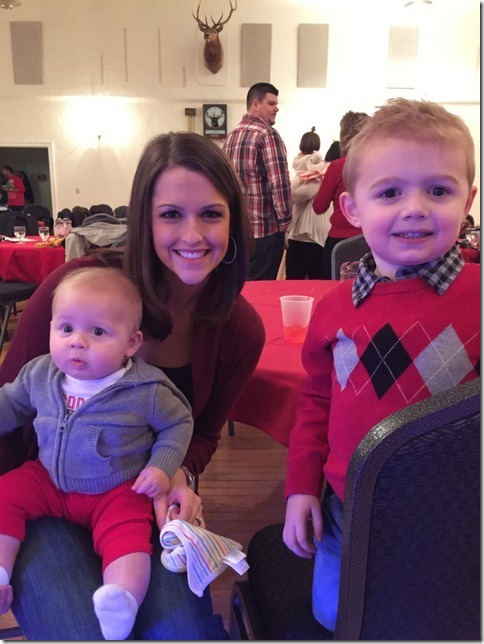 We had a really great weekend and, honestly, it was probably one of the first weekends since Alex was born where I felt like we were able to carry on like normal. Normal, as in, go out in public, be around other adults, have cousins over to the house, entertain…just a whole bunch of our favorite things, and things that we really haven’t felt like we’ve been able to manage well lately. So it was quite a treat!

On Saturday, we had our family Christmas party for Jay’s side of the family. Just like last year, we rented out an entire Elks lodge to accommodate everyone and it was great. Lucas spent the majority of the night running around or dancing, and Alex soaked it all in while also being a bit of a shy guy (can’t blame him…it was loud with all of the people and the band!). 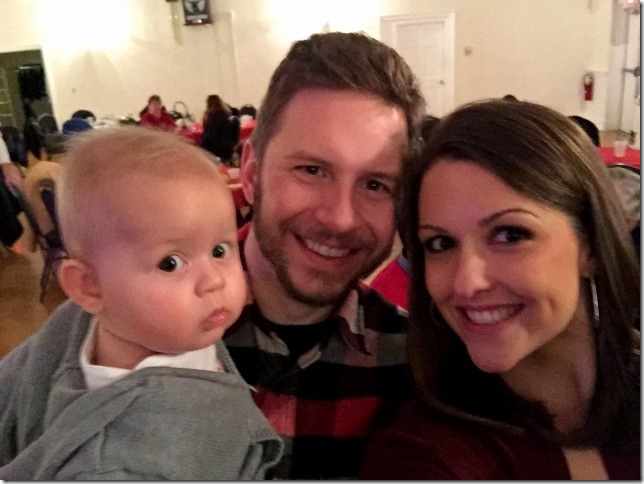 The food was yummy, but the desserts were even better. Heck. YES. 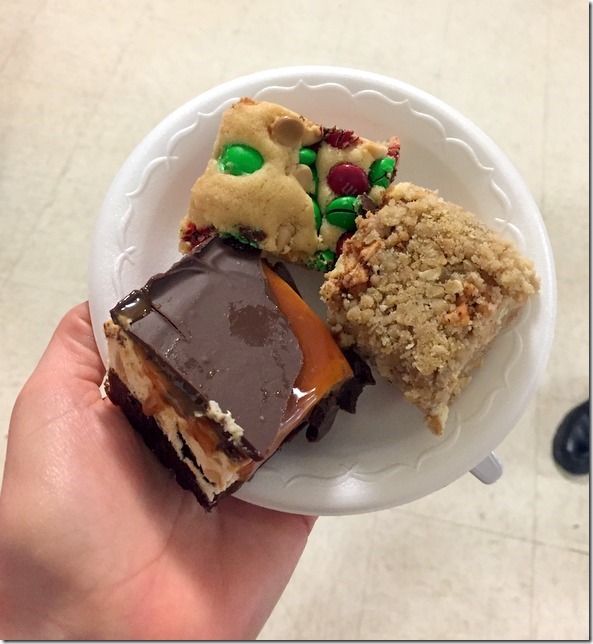 And as always, the family/cousins were the highlight of the evening. 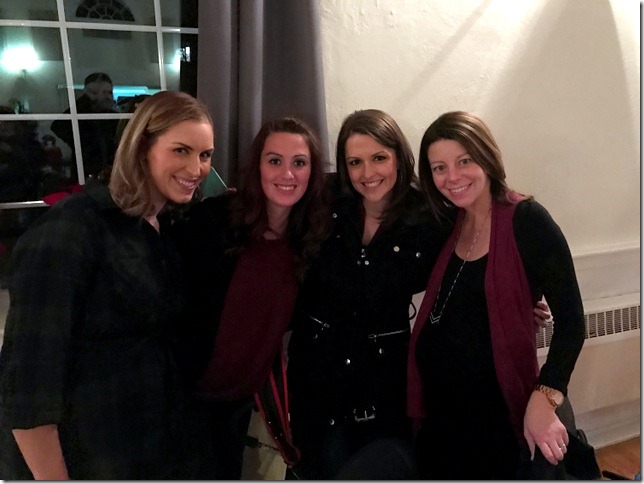 A little while later in the evening, it was time for Santa to arrive. We had been talking to Lucas quite a bit, trying to prepare him for seeing Santa again and letting him know that he’s a good guy but it’s okay if he doesn’t want to talk to him.

I think the fact that it was such a large space definitely helped but, as you can see, he was still a little iffy of the jolly ol’ guy… 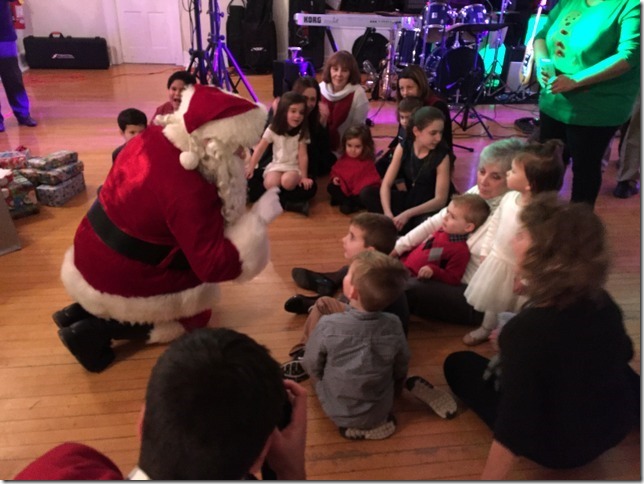 Alex got called up to see Santa first and, well, you can see that that clearly went well. 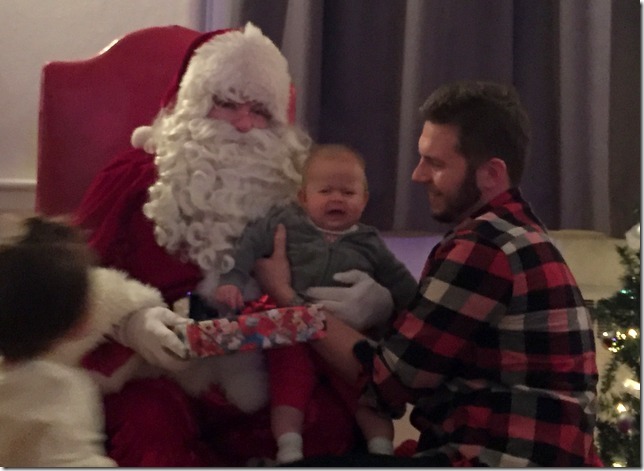 Lucas got called up shortly after that and I really had no idea whether or not he was really going to go up or not. 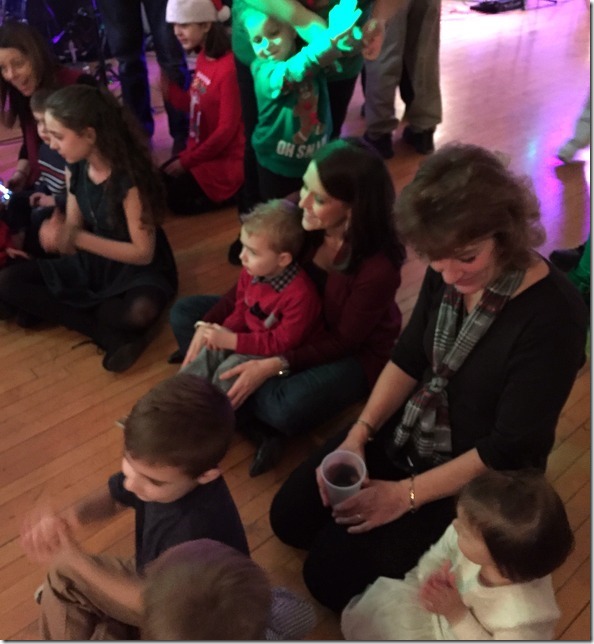 But sure enough, he bolted right up to see him as soon as he heard his name! He wouldn’t sit on his lap for a picture, but he was more than happy to go get that present from him. 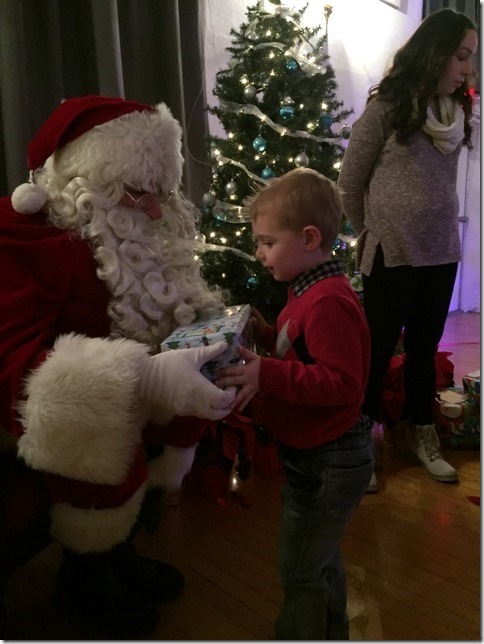 Yay for new trucks and being a little more cool with Santa! 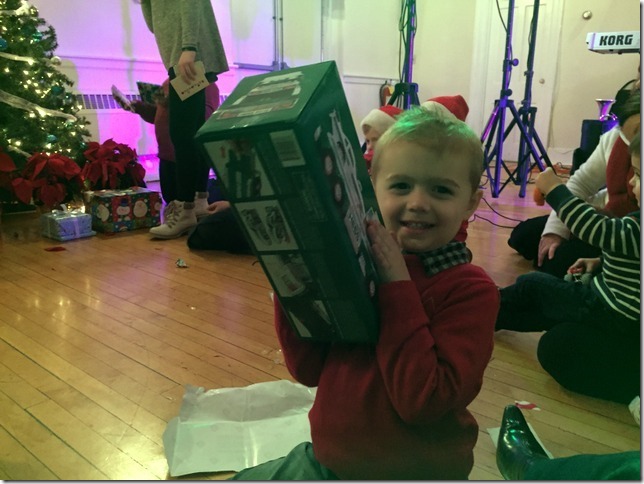 Santa didn’t arrive until a little later in the evening, so it wasn’t long after the boys got their gifts when we started to pack up and get ready to head home. That is, after having plenty of time to open those presents and play with them a bit. 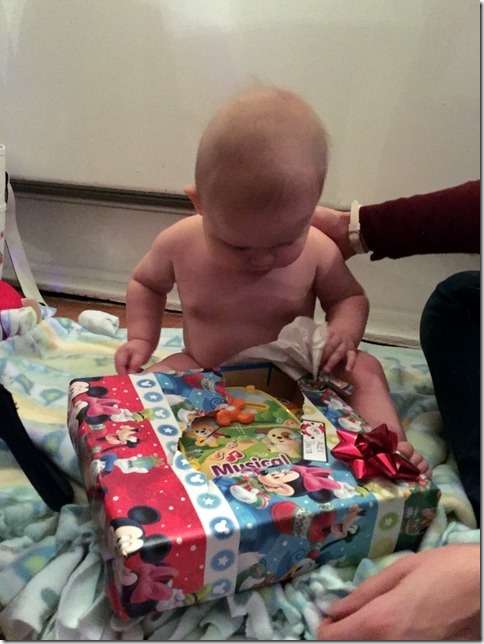 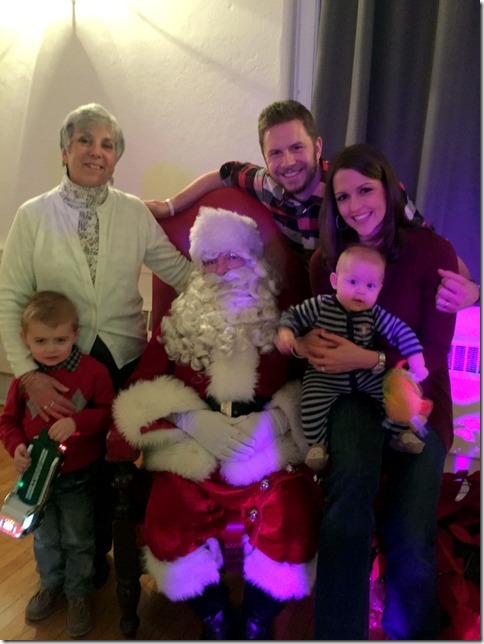 On Sunday, we hung out for the morning and then had some of our cousins over for a “Football Sunday.” I put that in quotes because I’m fairly certain I watched all of about five minutes of a football game. But that’s a-okay by me…it’s the company that counts! 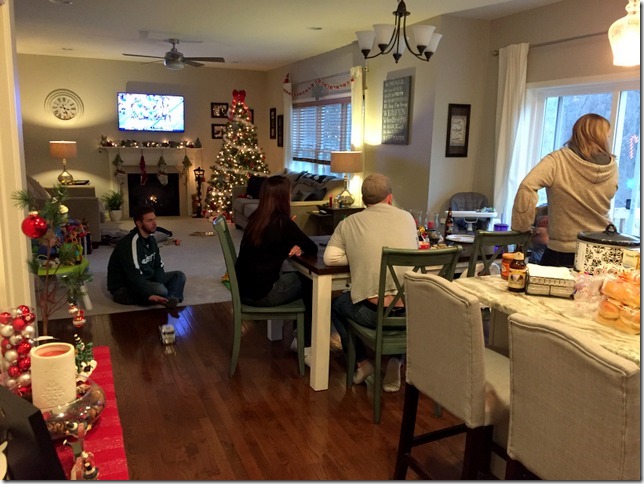 And apparently that’s the only picture I took of yesterday. Well, that and a bathroom selfie with my little guy before tubby time. 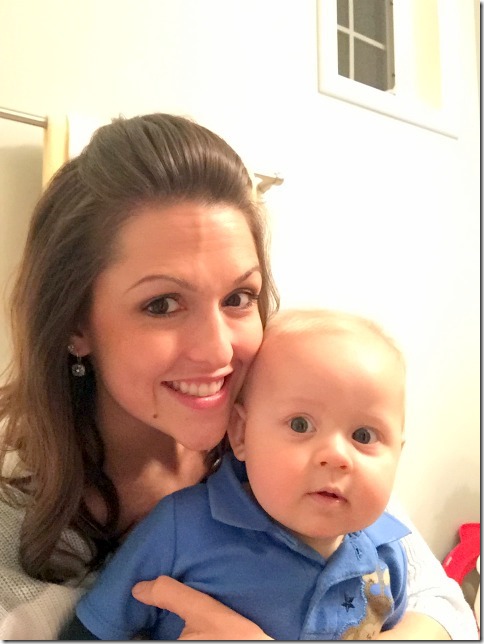 Would you believe this guy turned six months on Saturday?! (Actually, yes, you probably would because I’m fairly certain I mentioned it last week…). I’m hoping to have his six month update up later this week!

If you haven’t already, be sure to check out the Minted giveaway post from Saturday – it’s only open through today and I’m giving away (3) $100 Minted credits!