So glad you guys are liking this morning’s Chicken Parm Burger recipe! I’m tellin’ ya… they.are.awesome.

So how’s Tuesday treating you so far? Good? Great? Fantastic?

My day started out with a slightly later wake-up call (about 6:45, oh it was glorious) and a casual breakfast. As much as I don’t enjoy working until 8pm on Tuesdays, I sure to enjoy being able to move a little slower in the morning. 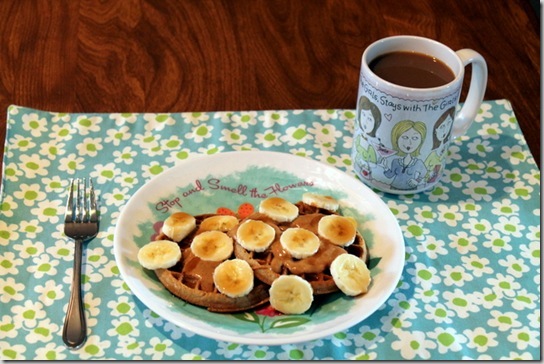 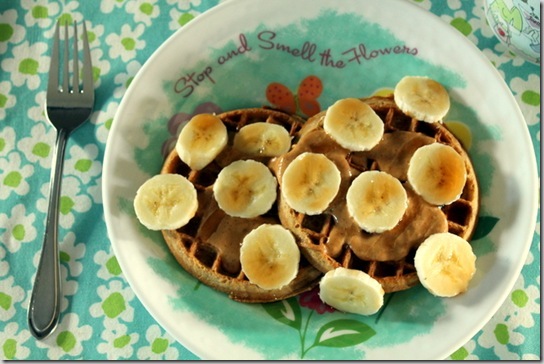 I added a little extra honey to my pb today, making it slightly more sweet and super delicious. 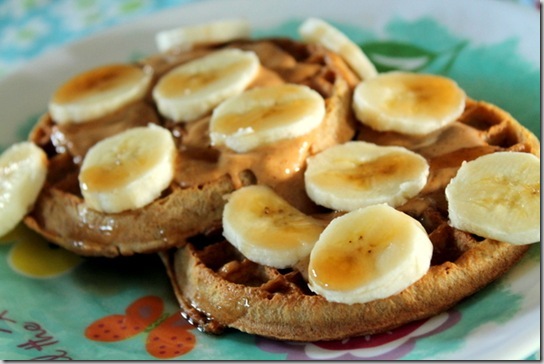 All during breakfast, this one below was having a field day; running around the kitchen, pouncing up and down, acting like a wild man. Seriously, you would have thought there was just an overly rambunctious cat a herd of elephants up in here. 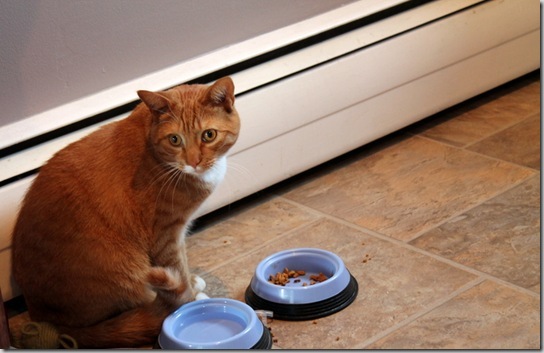 And it’s all because of this little thing right here… 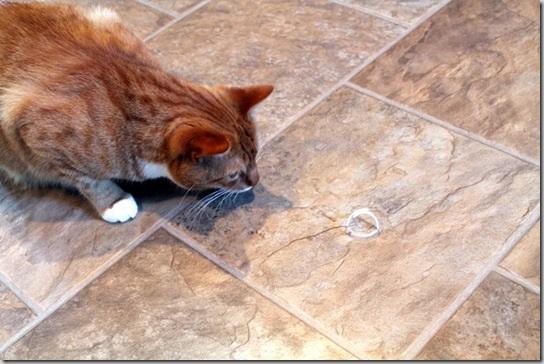 As a side note, please take notice of that mess he makes with his food. Yep, that is every.single.day. Just another one of his crazy quirks I suppose. <—FYI: one of my favorite cat posts ever linked right there. 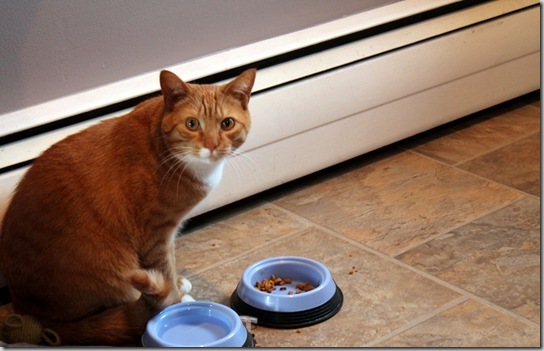 Ohh lawdy, was I excited for lunch today…we had leftovers, baby! 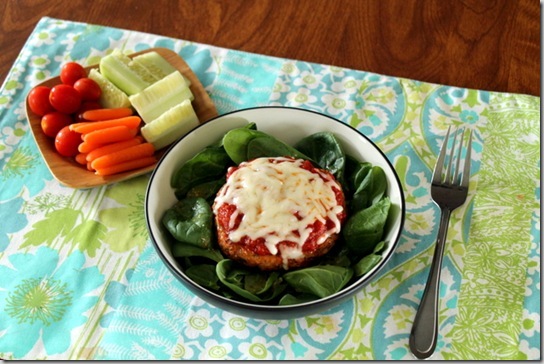 In an effort to stick with this week’s attempt at less carbs with lunch, I opted to have my leftover chicken parm burger on a bed of fresh spinach, topped with a drizzle of Italian dressing. 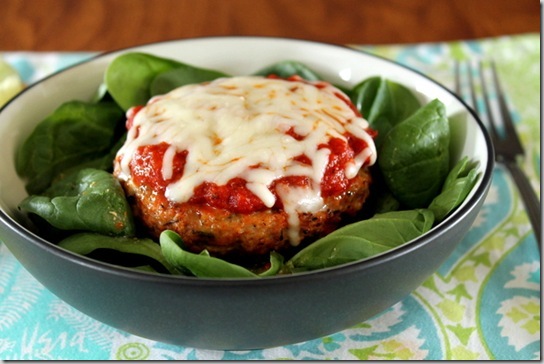 I just topped the burger with more sauce, reheated it in the microwave, topped it with a little mozz, and quickly threw it under the broiler to melt. Surprisingly enough, it was just as tasty this way as it was last night. Jay, if the extra leftover burger is missing when you get home later, I swear it wasn’t me. It was Cody.

On the side, I had a my own personal veggie platter. 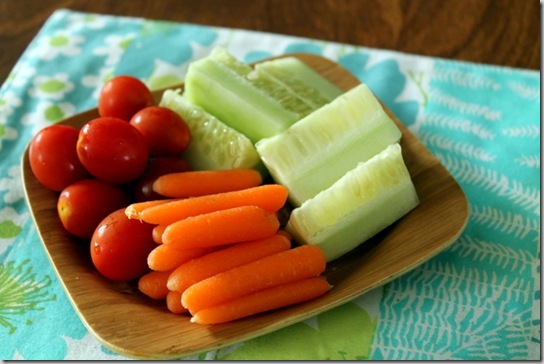 I thought about adding it to the rest, but figured it’d ruin it. They were better off on their own anyway.

I’m off to work shortly for my evening shift, where I’ll also probably end up doing my workout for today. I got so caught up in other things this morning, that I totally ran out of time, so I’m keeping my fingers crossed that I get some time to at least squeeze a strength session in. We’ll see how it goes!

I don’t know what it is, but I’m feeling rather positive and perky today! What about you?