I’m feeling rather lazy this evening…anyone else with me??

I’m gonna try to make tonight’s post a quick one, since I still have some dishes to wash, some laundry to do, and a sick hubby to take care of. Yes, poor hubby has come down with a crappy cold. He’s trying to blame it on me, but I told him no way. ;)

After work today, I decided it felt like more of a “mall day” rather than a “gym day.” So I actually skipped the gym, was totally ok with it, and did a little damage at the mall. I had an Old Navy coupon that expired today…couldn’t let that go to waste! While I was at the mall, I also picked up a little bag-o-goodies for “the sick one” to try to cheer him up. 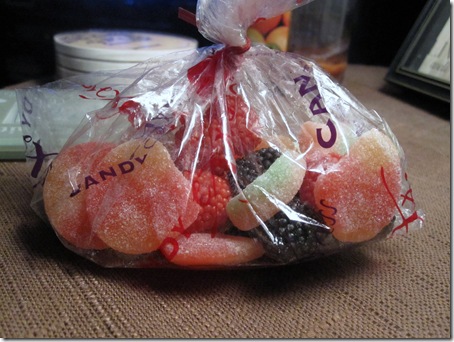 I think it helped. :) (Hopefully he’ll share with me…most of his favorites are my favorites too!) :shock: 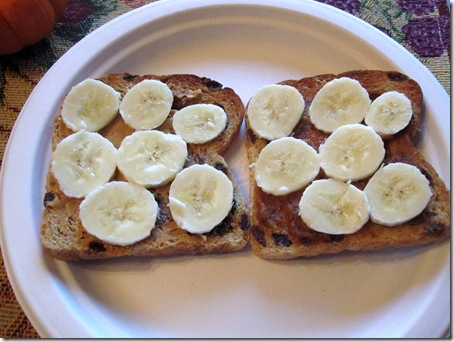 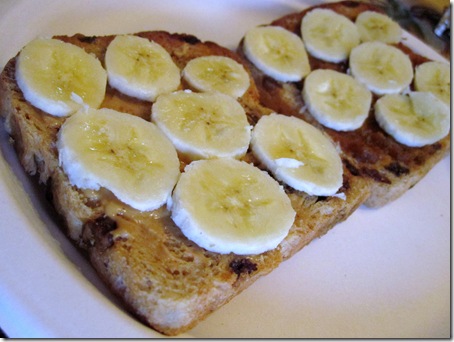 Forgive me for the lack of variety, but so far I’m the only one tackling this loaf of Trader Joe’s cinnamon raisin swirl bread, and that just cannot go to waste! 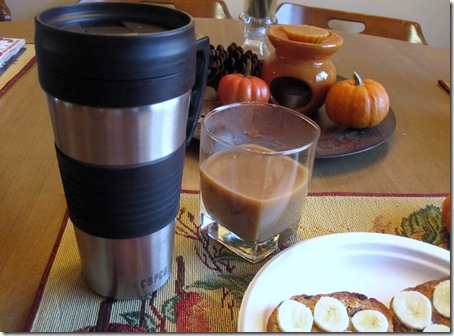 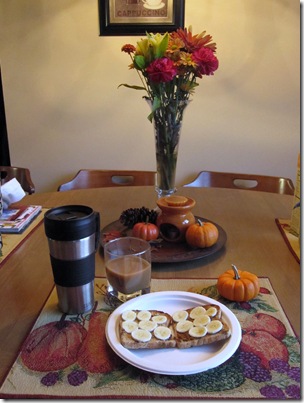 Leftover soup is the best! 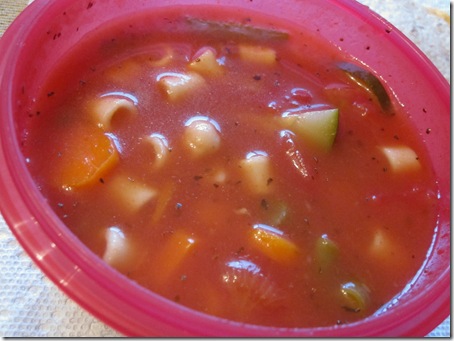 To go along with my leftover Minestrone Soup, I had an amazingly yummy, cheese-filed wrap. I simply spread one wedge of The Laughing Cow Light Mozzarella Sun-Dried Tomato & Basil cheese inside of a Tomato Basil LaTortilla Factory wrap. Then, since I apparently was feelin’ a little “cheesy,” I added another thin slice of some reduced-fat provolone. Total yum. :-P 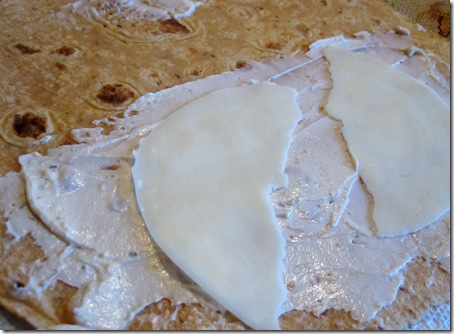 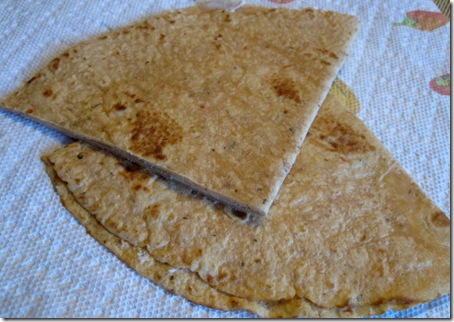 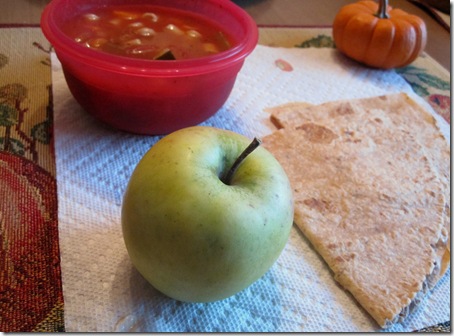 Immediately upon entering the mall this afternoon, I passed by a Starbucks, and thoughts of Pumpkin Spice Lattes started dancing around like sugarplums in my head. Getting one was absolutely necessary. 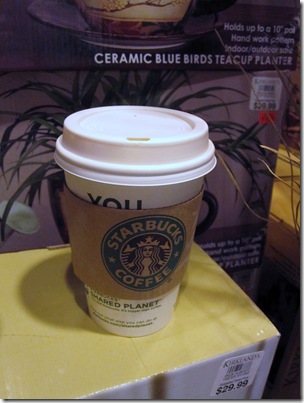 So I sipped it while browsing around through Kirklands. They were having some awesome sales…I think I may need to head back this weekend! :shock: 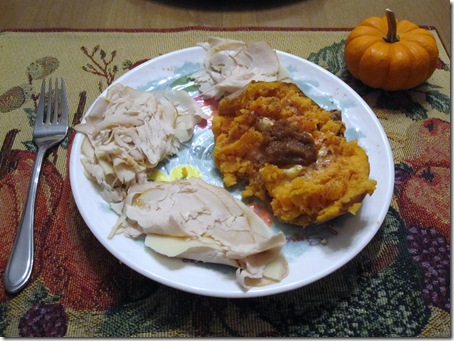 I attempted to make some turkey + provolone rolls, however, the turkey that we have (while totally delicious) is not exactly of “rolling quality.” 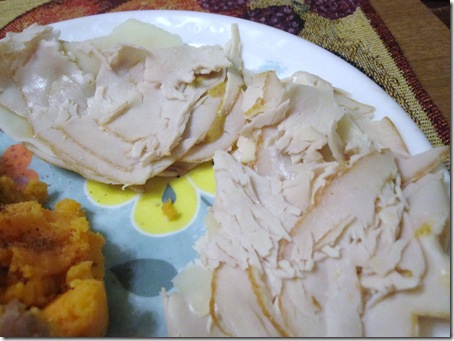 So they ended up being a little more like “stacks,” which I also filled with a little honey mustard. 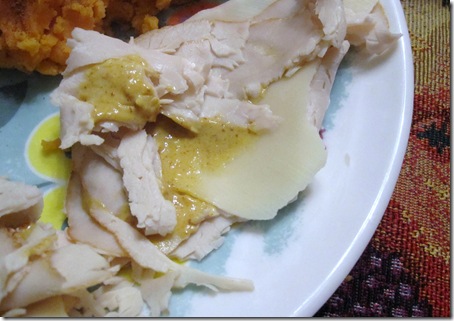 I ended up using a lot more turkey than I really needed…bad gauge on that one! I probably ate about 3/4 of the turkey on the plate…but I did eat ALL of this guy! 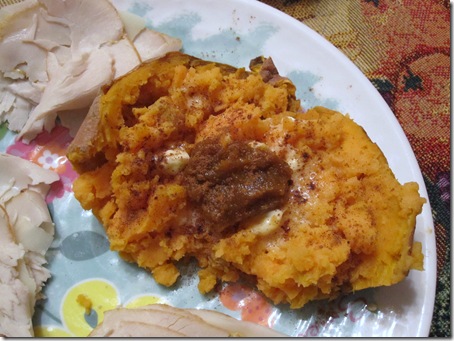 Call
me crazy, but does this sweet tater not look a little like a pumpkin???

Just like last night, I topped it with a little butter, cinnamon, & pumpkin butter. It was just as good the second time around. :)

And now, I definitely foresee some pumpkin chip cookies on my radar!

What makes you feel better when you’re sick?