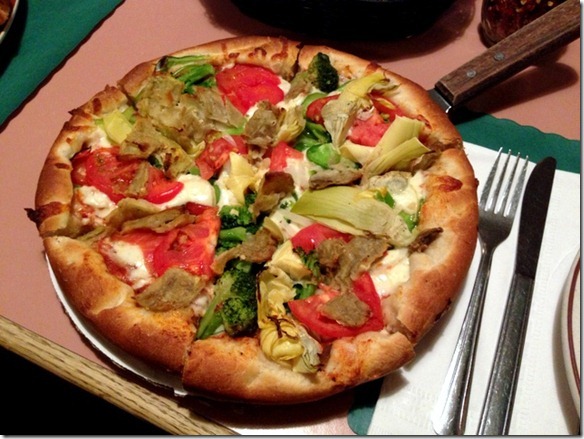 Last night, I met up with my pals Sarah and Denise to take care of a few bridesmaid duties for Mal’s shower this weekend. I’ve got some work ahead of me, but I’m super excited! After finishing what we had to do, we stopped for some dinner at Grecian Gardens. I ordered my favorite veggie pizza, which was delicious; but looking back, it doesn’t look like they put on nearly as many veggies as they used to. Bummer.

By the time I got back home, I was just in time to sit down and start watching some of my favorite Wednesday night shows. Not even one minute after settling in on the couch, cuddle buddy was right there with me. 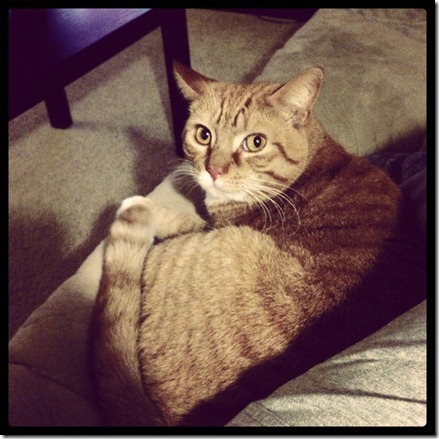 He’s also very, very playful during the night. This morning, as usual, I walked out into the living room to find our bathmat crumpled up, and all four of his fetch toys. 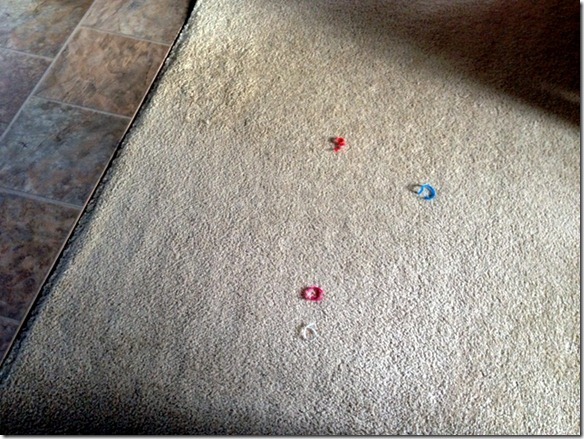 I swear, I would LOVE to set up a camera to watch what he does in the middle of the night. I mean, it’s got to be hilarious. 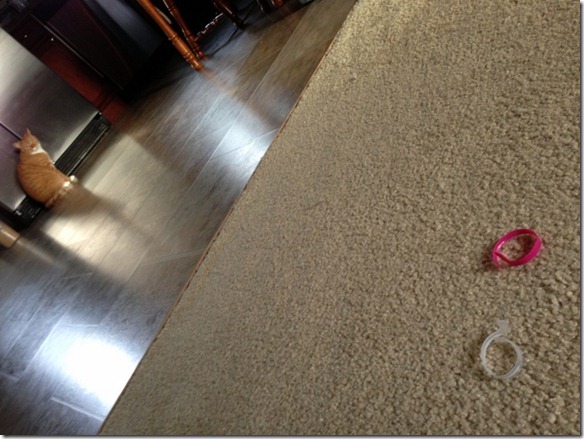 We played a few rounds of fetch this morning before he called it quits, so I took that as my cue to put on some coffee and make breakfast. 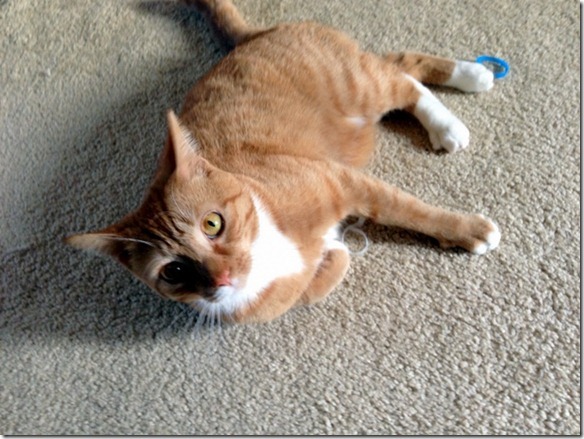 Nothin’ crazy today. Just my coffee and a big bowl of cereal. 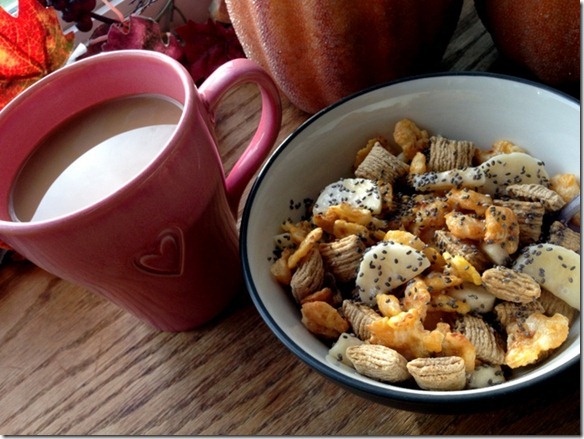 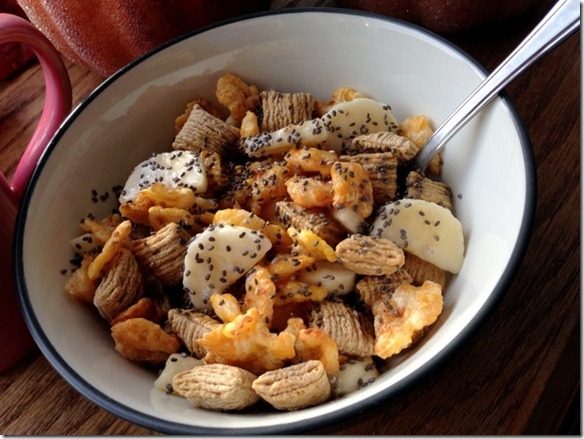 I’ve got lots to get done today so I better get goin’! Happy Thursday almost Friday!

« Just That Much Closer
An Attractive Quality »