This post has been a long time coming. It’s one that I’ve had at the back of my mind for months now, but just haven’t had the chance to truly sit and concentrate to be able to type it all out.

So that said…let’s get to it. First things first: an HA update.

I first announced my diagnosis of Hypothalamic Amenorrhea back in July of 2012. From there, I posted some updates along the way which you can see here.

After Lucas was born, I began breastfeeding and I didn’t regain my cycle, which is very common. It wasn’t until about a month after I stopped breastfeeding (so, this past July) when I finally regained my cycle again, postpartum. Since then, I have cycled regularly every month for the past 4 months. And while I certainly did not miss the PMS symptoms that accompany it, you will not find me complaining one bit. I’m thrilled to have everything back in seemingly “working order,” so to speak. So there’s that. I guess there’s not really too much more to touch on with that subject.

But the bigger topic I DO want to touch on today are my thoughts on postpartum body image. I waited a while (obviously) to write this one because I didn’t feel like I could truly gauge my full thoughts on the subject right away. But now I’ve got a ton of them, so consider this your warning. There’s a lot of rambling about to happen…

I already mentioned this back before Lucas was born, but I did not have any desire to document my post baby body updates. There was a small part of me that thought maybe that would change once Lucas arrived, but ultimately, I knew it would only cause more harm than good. There was NO way I wanted any sort of pressure to make sure I lost inches or weighed less to “show my progress” from month to month. No thanks.

Turns out, once Lucas was here, I stuck with my gut and still continued to have zero desire to even think about documenting my “post baby body.” The only thing I could focus on was my new baby.

Only a few days old!

After Lucas was born, I feel like everything inside of me took somewhat of a shift. My life, my thoughts, my priorities, and of course, my body. Those of you who have been with me for a while now (you guys rock) may remember my extreme focus on “healthy” eating and exercising back in the day. And you know, I sometimes cringe when I read those posts and think about the person I was back then.

I recently had a brief conversation over Facebook with a really sweet reader about HA. She said that when she went to the doctor, he explained it to her as “she had the goal to be healthy, she just overshot it a bit.” As soon as I read that, it really resonated with me. I thought I was being my healthiest by making all of these “omgsohealthy” food choices and exercising 6, sometimes 7 days a week. But in reality, when I look back at that, that was not healthy. Not for me, anyway. And unfortunately, I think there are still way too many others out there who are still doing this now, probably (hopefully) not realizing it.

When I got my HA diagnosis, as depressing and frustrating as it was, I also almost felt like a weight had been lifted from my shoulders. Talk about contradictory…I mean, that’s really saying something, right? But being told to try and gain 5-10 pounds (okay, 15) was basically giving me the permission I craved to stop being such a loon about what I ate and how I exercised. I apparently really needed that and was just looking for an outlet. 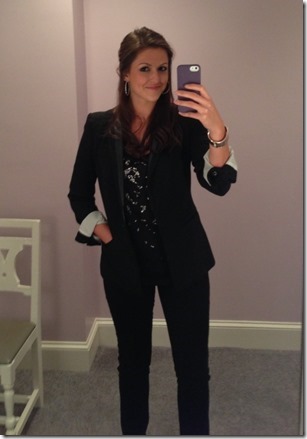 A pic of me about a month before getting pregnant Lucas, about 15 pounds heavier than I was six months prior to that.

During pregnancy and while breastfeeding, I began learning my “new” definition of healthy. Foods were no longer off limits (not that they technically were before that, but there were certainly things I tried to avoid). I enjoyed food…I didn’t obsess over it. Suddenly, I wasn’t constantly thinking about the next meal, or mentally estimating calories, or making sure I had enough veggies that day. I was just…eating food. Like a normal person. And I exercised when it felt right and when I had the time…which, in the first few months after having Lucas, was NOT often.

So yeah, let’s talk about those first few months (heck, the first year) after having a baby. I’ll just throw this out there: I am not one of those women who magically “bounced right back” after pregnancy. BUT, I also really didn’t really care.

I see other women quite frequently getting right back into their fitness routines to get their post baby body back, and hey, good for them. If you had asked me my thoughts on that a year ago though, I probably would have told you that while I was interested in reading those updates, I couldn’t help but feel a slight twinge of jealousy. In those first few months postpartum, I had a whole slew of hormones happening, my body was squishy, I was exhausted, and it was all just really something new. With that, it was SO freakin’ easy to compare myself to someone else and wonder, what the heck? How do they have the energy to workout like that? Why isn’t my stomach flat after having a baby four months ago? Then all it took was a hot second to realize,

Ummmm…maybe because you just popped out another human being?

I mean, don’t get me wrong. If getting back a post baby body right away is someone’s goal and that’s what they’re working towards, I can’t judge them for that. We’ve all got different priorities in life, and for me (and maybe some of you) postpartum fitness was just not my top priority. 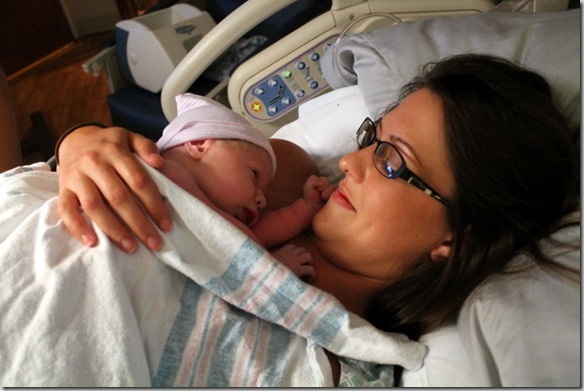 Sure, I would have loved to “bounce right back,” and I was definitely excited to get back into some sort of exercise. But I knew for me it was going to take time, and I was okay with that.

Here I was, a new mom, with not a clue in the world about this whole parenting thing; on top of that, I had 12 weeks to get my mind and my life somewhat straight so I could head back to work. Half the time, I felt like a walking zombie disaster. And when I was actually coherent enough to have real thoughts and do real things, those things were focused on my new baby and my family.

Right before going back to work, I worried about when I might have time to squeeze fitness in. I wanted to be able to do it, but I wasn’t willing to sacrifice any time with Lucas (it was much easier when I was still home and Lucas napped all the time!). So, for those first maybe 5-6 months back to work, there wasn’t a whole lot of working out happening (hence the lack of fitness talk around here). And I was okay with that.

It wasn’t really until Lucas started sleeping through the night when I was able to slowly start incorporating more early morning (or sometimes, after work if Lucas was napping) workouts. I’d get into a good groove some weeks, and then other times I’d let a week or two go by without doing anything. It’s just how it happened.

So yeah, I held on to some extra weight for a while. For a good year, probably. Sure, I knew I could have tweaked my eating habits to be a bit better, but I was just always so damn hungry (mostly thanks to breastfeeding, I think…then again, maybe it was all mental?) and just wasn’t willing to give any of that up. I wanted all. the. food! I’d say I probably followed a modified version of the 80/20 rule, but mine was more like 70/30. Okay, maybe 60/40 some days…but oh well.

The funny thing is…I basically ate what I wanted, when I wanted it. (*Lucky for me, I do crave things like salads and healthy meals a good majority of the time so I’m not saying I ate/eat junk all the time). But things like burgers and beer and dessert are certainly consumed on the reg…and go figure, I haven’t gained any sort of crazy weight! In fact, my weight slowly and carefully dropped over a course of about 12 months to eventually be where I am today.

Now, here we are, 15 months postpartum. How we got here is beyond me (slow down, time!). And I’ll be honest (how many times have I said this already?) and say that it probably wasn’t until around 14 months when I finally got to a place where I could say I was happy, comfortable, and where I felt I should be with my body. I’ve been at my current weight for a couple of months or so, which is right around where I was before I got pregnant (about 10 pounds more than where it was before I put on the extra weight) and I’ve accepted that this is probably where I belong. If I wanted to weigh any less, I’d need to change what I’m doing and that just isn’t gonna happen.

So that whole trying to find a “happy weight” thing? I don’t know, maybe this is it? Sure, I still have a baby pooch and my thighs rub when I walk…and I’m pretty sure washboard abs are not in my future. BUT, I can hold a plank like a champ, I can keep up with my crazy toddler, and I really feel like I’ve gained so much of my physical endurance back (T25 videos will apparently do that for ya!).

Overall, I just feel GOOD, you guys. Like, really good. With everything…my life, my health, my fitness, my MENTAL health. I really don’t feel like I could ask to be in a better spot. And it all fell into place once I discovered what my real, true priorities are. 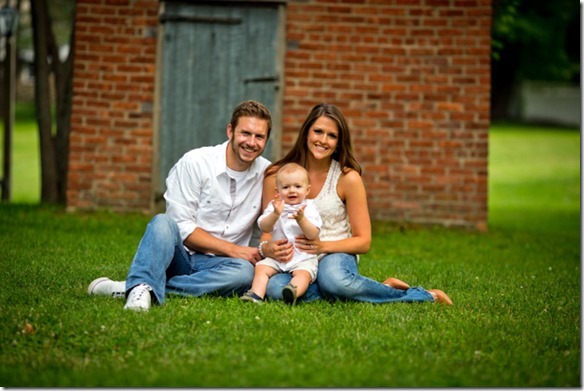 My boys. My family. And just living life.

*This post isn’t meant to come across as any sort of bashing to others or an “I’m better than you” comparison. Everyone is entitled to their own opinions and this is just me being me and sharing my point of view. If I offend someone, that is truly not my intention, and I am sorry. I’m also sorry that this post wound up being ridiculously long and probably a little all over the place…it just truly resembles the way I actually think.