Goooooood morning, friends! How was everyone’s weekend? Hopefully it was even an ounce more exciting than mine was. Being sick is certainly no fun, but the best way to cure it (when you can’t take much of anything for it) is to get plenty of rest…so that’s exactly what I did. Here’s what ya may have missed…

Yesterday was on and off with the cold, in sort of a weird way. I started off so-so, then I felt a little better, then I went downhill again, and then it ended with a really awful evening of my asthma acting up. The one thing that seemed to help the most was fresh air, so I sat in front of an open window for a good half hour, breathing in the fresh (and freezing) air.

Thankfully today, the cold seems to be on its way out and my asthma is getting better. I’ll still be taking it easy for the next few days in terms of exercise, etc. just to make sure that I don’t trigger another attack.

Buuuuuut hey. Enough about this damn cold that’s been taking over my life. Let’s talk about something more fun…like food. 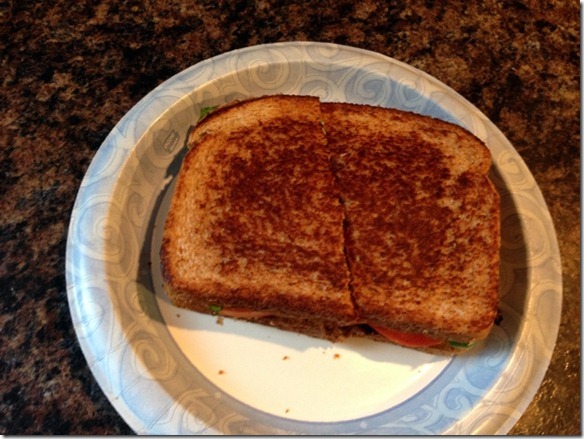 I did manage to snap a few shots of food yesterday, including this amazing grilled sandwich I made for lunch. Tucked inside there was provolone, spinach, turkey bacon, tomatoes, and some avocado slices (added after cooking). It was solid. 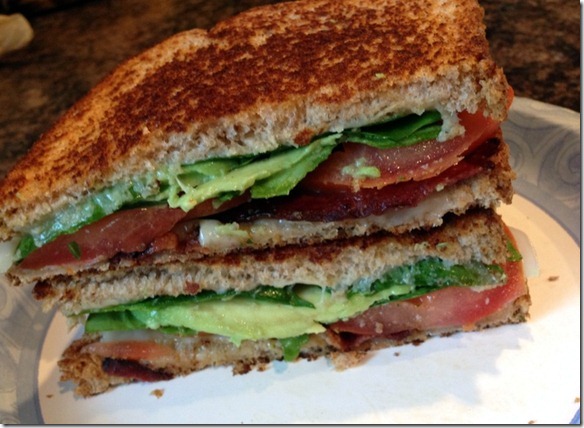 During the afternoon, I did make it out of the house for a bit, which felt great (yes, I did grocery shop, but had Jay take care of getting a majority of the produce).

Shortly after we got home, we were both hungry for dinner. Jay had already decided on his meal (he picked up cheese tortellini while we shopped) but I wasn’t in the mood for that. So instead, I put together this delicious creation. 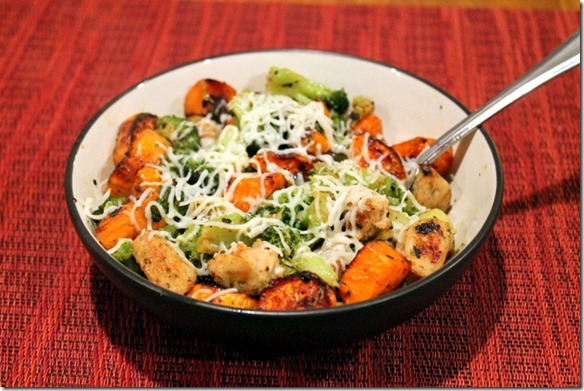 I first cubed and sautéed a sweet potato in some EVOO, Garlic Gold, rosemary, salt, and pepper. Then I added a cooked and sliced garlic chicken sausage, followed by some steamed broccoli.

Finally, I topped it with a bit of mozzarella cheese because, well, I love cheese these days. 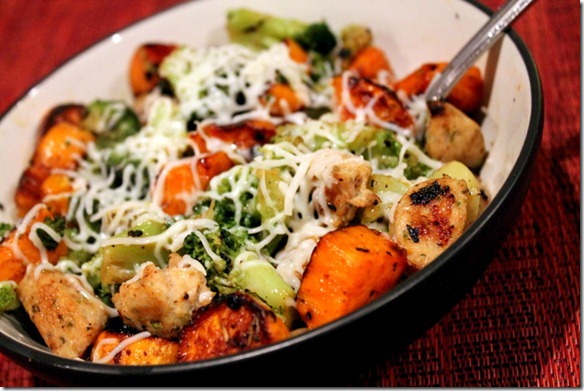 I used to make dinners like this ALL the time, and it’s actually been a while since I last had one. Seeing as how easy it was, I’m thinking dinner bowls may have to make some more appearances around here.

A couple of hours later, in the midst of my frustrations and sitting in the freezing cold window, I decided I needed dessert. Go figure, I’d want something cold. 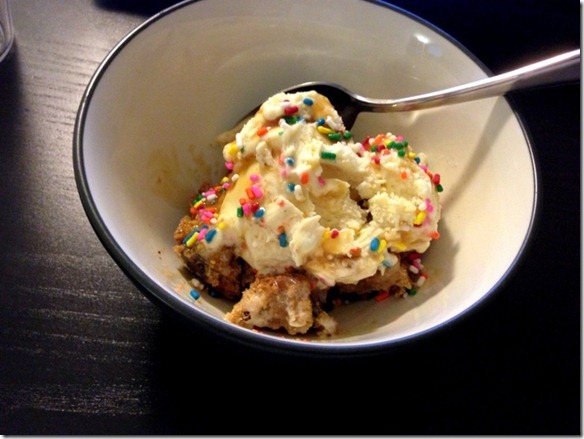 I made a small dish of ice cream with a crumbled cookie bar underneath and rainbow sprinkles. It totally hit the spot and made my mood much brighter.

Since I had a little bit of extra time here this morning before my appointment, I used it to my advantage and enjoyed a cooked, sit-down breakfast. 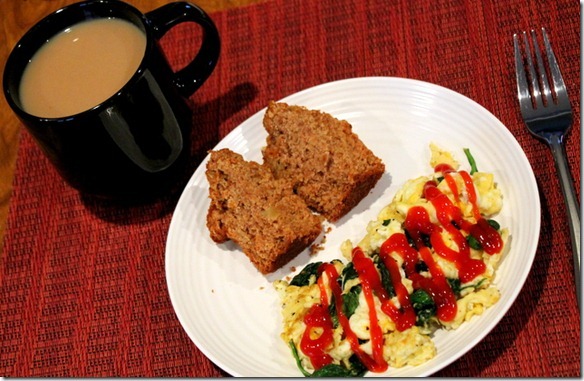 I thought I wanted coffee, so I brewed a cup of decaf, but I probably only had about 5 sips out of it. Whoops.

Breakfast itself was a much better hit though; 1 egg + 1 egg white scrambled with a huge handful of spinach and some ketchup. 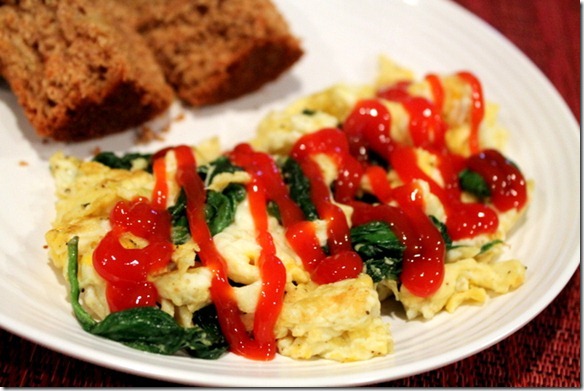 To go with my eggs, I also enjoyed half of a cinnamon Greek yogurt bran muffin <—I know, sounds delicious, right? I happened to find these in the bakery department yesterday afternoon while shopping and decided that I HAD to have them. I snacked on half of one yesterday after shopping, and had another half this morning, and they really are super awesome. 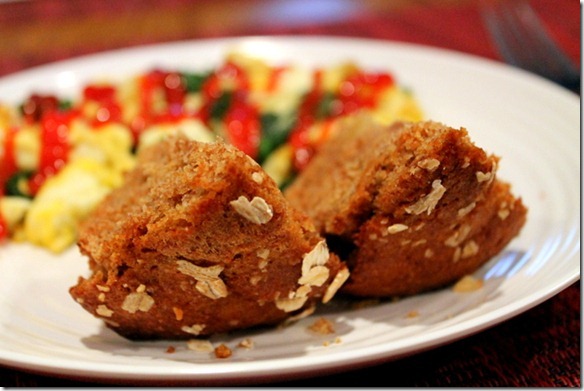 I’m totally blaming my sweet cravings on that impulse buy. 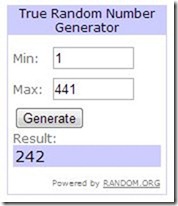 Congratulations, Carol! Email me at sweettoothcourtney at gmail dot com so we can get you set up with your goodies!

Time to head out shortly…I’ll catch you guys later today! Happy Monday, everyone!!

What’s the last real, true craving you caved on?