Here’s the face of a little guy who was quite happy for his Halloween party at daycare, BEFORE putting on his costume… 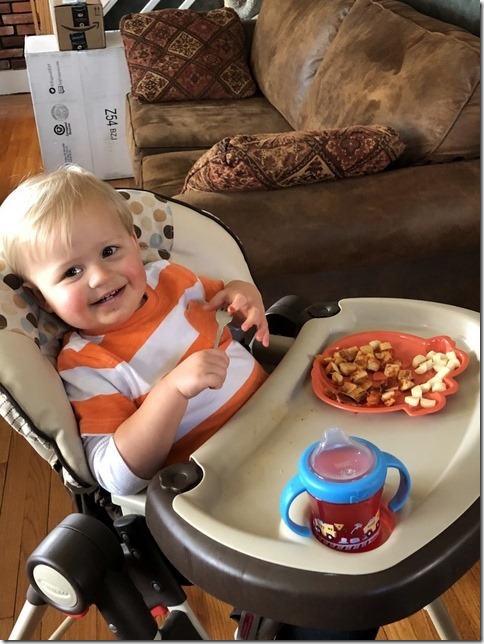 Aaaaand, here’s the face of that little guy AFTER putting on his Halloween costume… 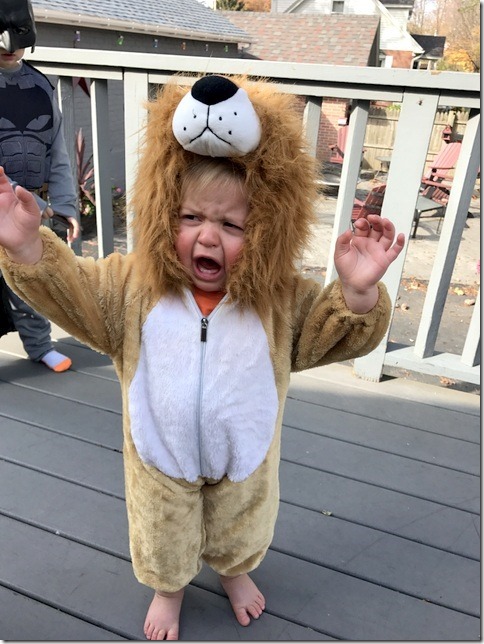 Ohhh, my dear Alex. I mean, the fact that the costume definitely didn’t even fit him probably didn’t help matters. Buuut hey, you win some, you lose some, right?

Thankfully, another certain little boy was VERY excited about Halloween AND about his costume this year! 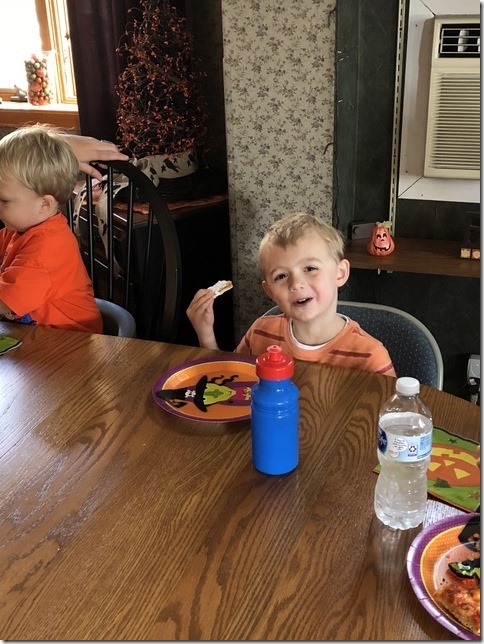 I was lucky enough to be able to scoot out of work for a little bit on Tuesday afternoon to attend the Halloween party at the boys’ daycare. They had a nice little lunch, followed by some fun in their costumes! 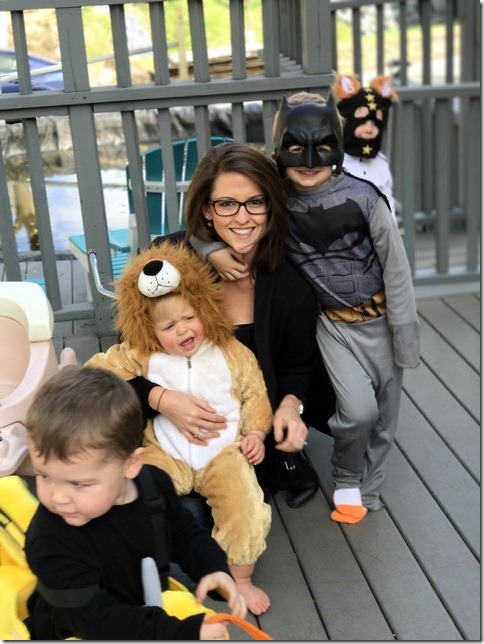 Looking a bit grown up from last year’s party!!

Alex didn’t last too long in his costume, and it was pretty much a disaster with me trying to leave to go back to work (neither wanted me to go…) BUT I was so glad I was able to stop by and celebrate with them. 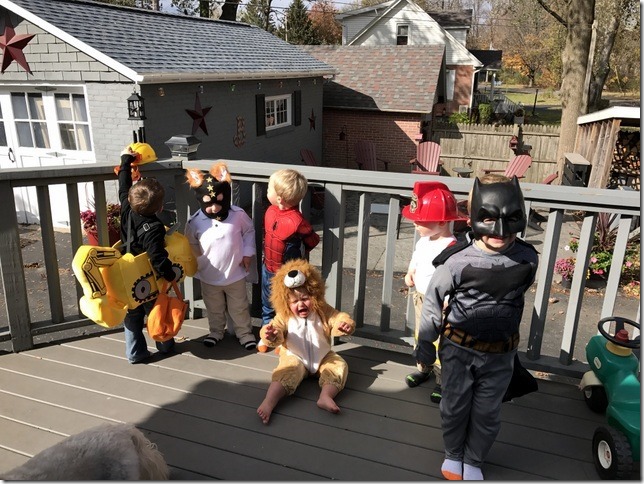 After work, I picked the boys up, we quickly stopped home, and then we headed over to our neighbor’s house for a little Halloween dinner before the kids went trick-or-treating.

Considering how the lion costume went, we figured we’d try a different one since our neighbors had an extra Batman costume from last year.

As you can see, that went quite well. 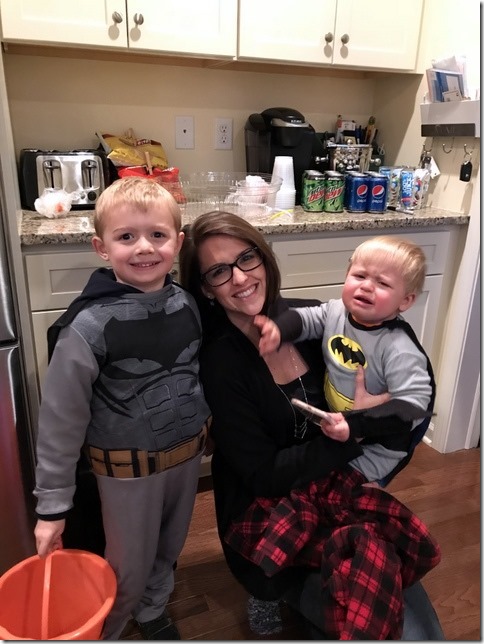 Apparently, we’re not quite into costumes yet at 16 months over here(!). 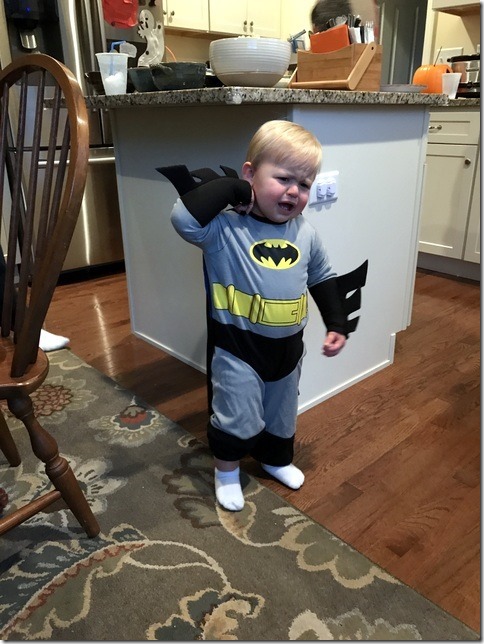 But actually, as long as his coat was on and he couldn’t see the little “spike” things on his arms, he didn’t mind the costume. So I’ll take it as a win. 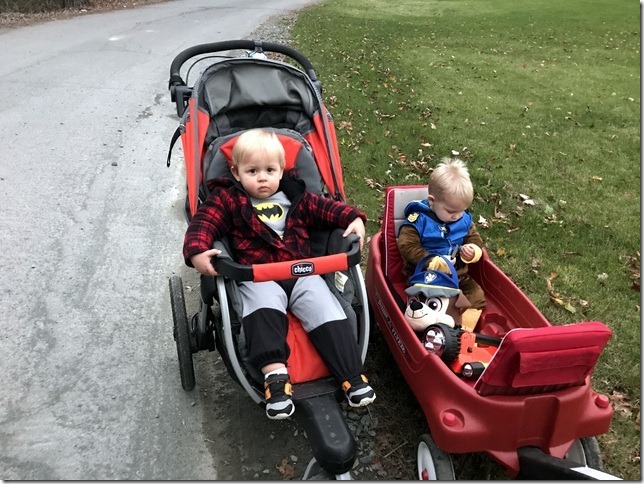 Lucas was in his GLORY the whole night, leading the pack in racing from house to house to get more candy. 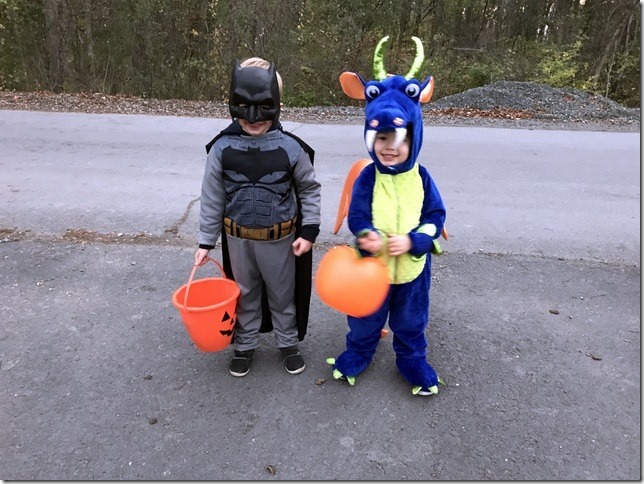 We were constantly having to remind him to “slow down,” and trying to keep him from running by distracting him with games of Simon Says while the other kids caught up. It reminded me a lot of when I was kid growing up, since I was always being told to wait for my little brother to catch up. : ) 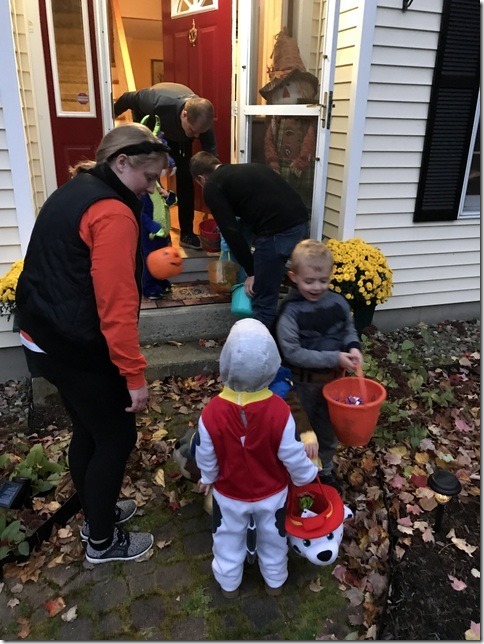 It really was SO much fun to watch the boys run around, all while hanging out with some great neighbors. 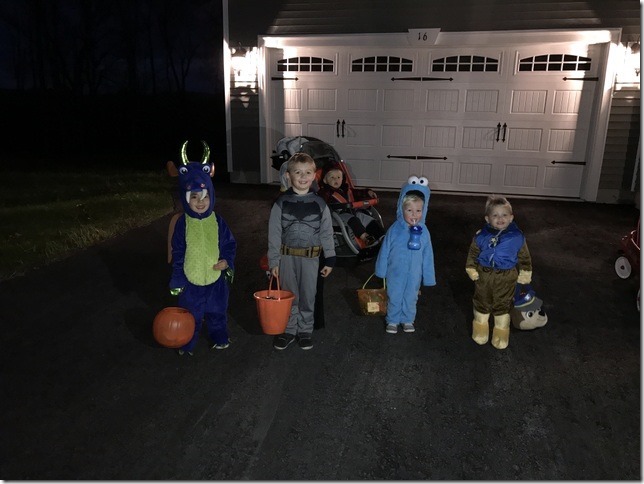 And, by the way, the kids weren’t the only ones having a good time! We had some rock star neighbors also offering up some Redd’s Apple Ale for the adults, so they totally won best house on the block (thanks again, Ali + Nolan!!). 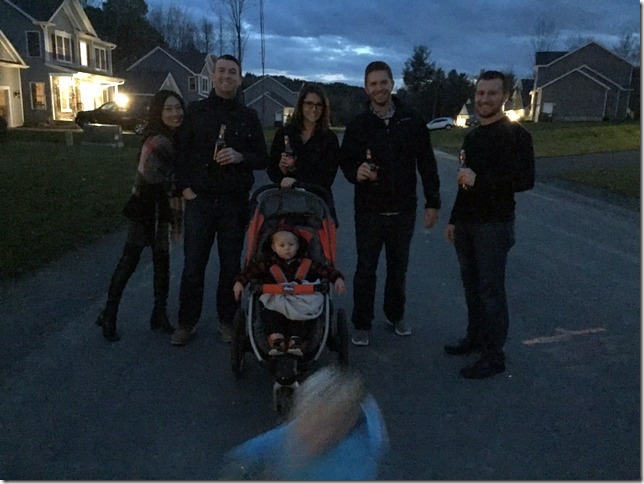 We finished up with our trick-or-treating with a little time to spare before bedtime, so Lucas spent some time sorting through all of his candy and laying it out, piece by piece. 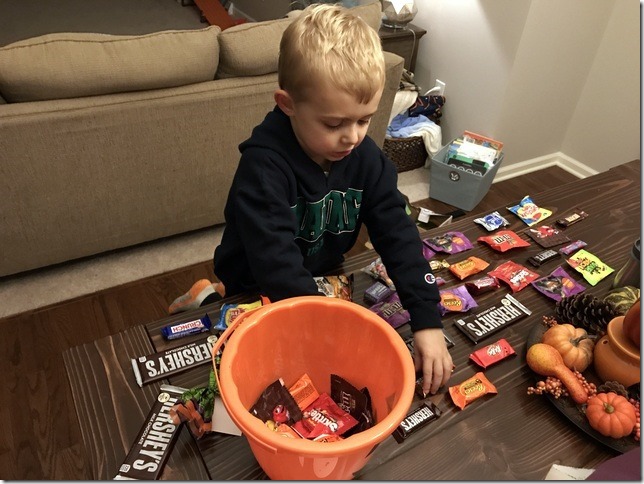 It was definitely a great day!

How was your Halloween? Have any fun stories to share?!

« Be on the Lookout for My Etsy Shop…
First Christmas Gifts, Spilled Coffee, Showering Cousins, and More »